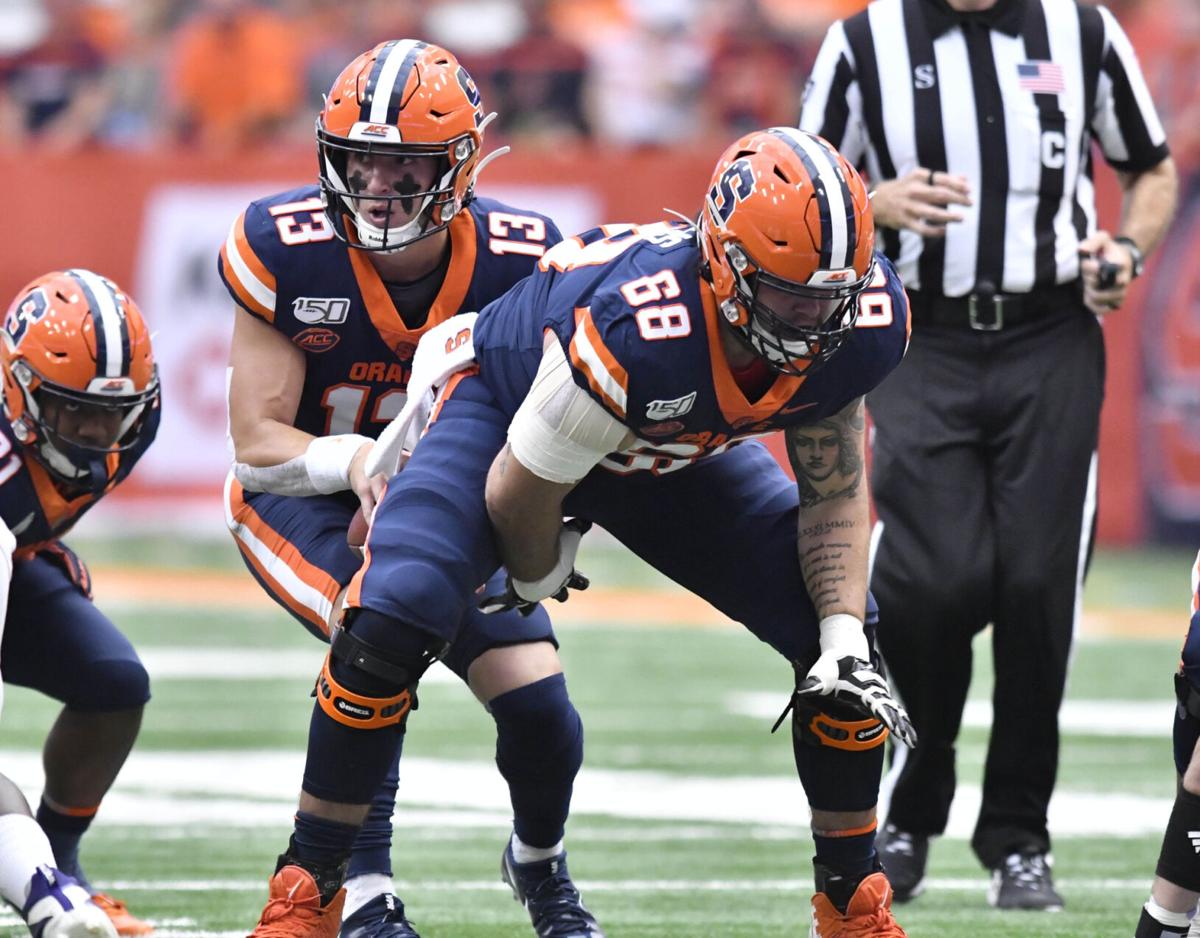 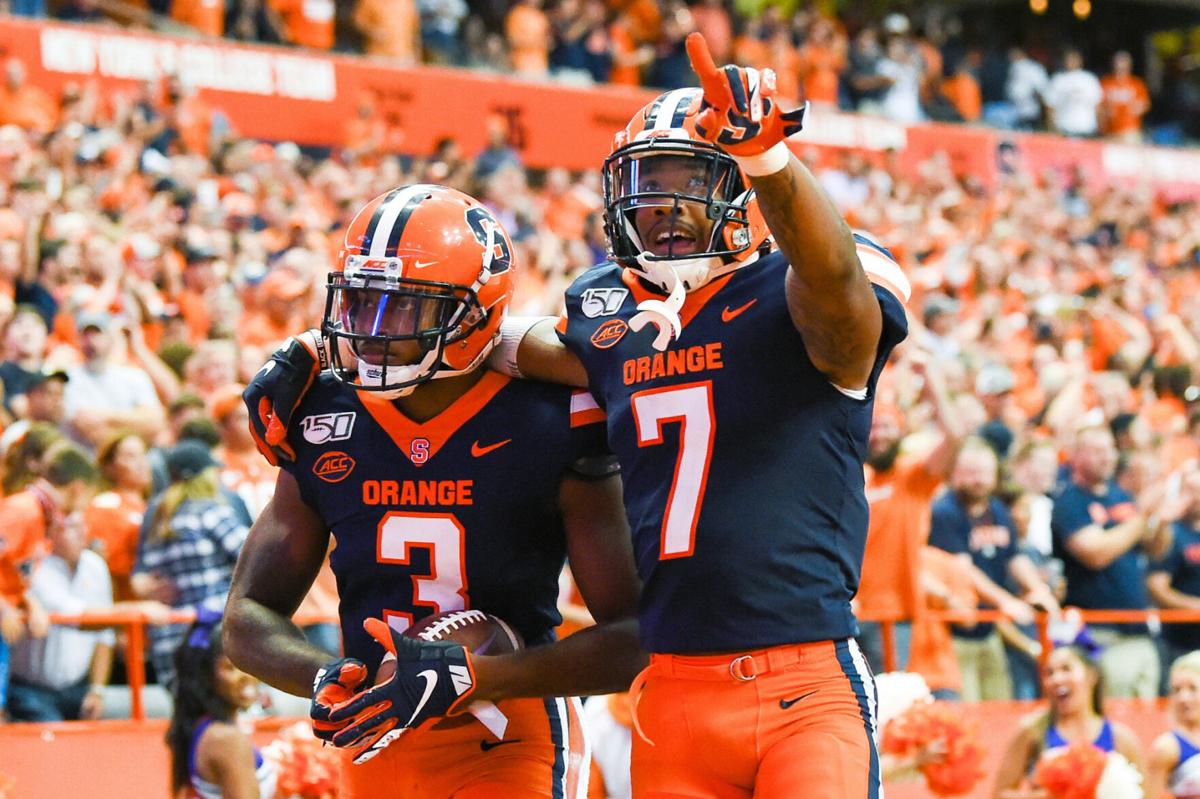 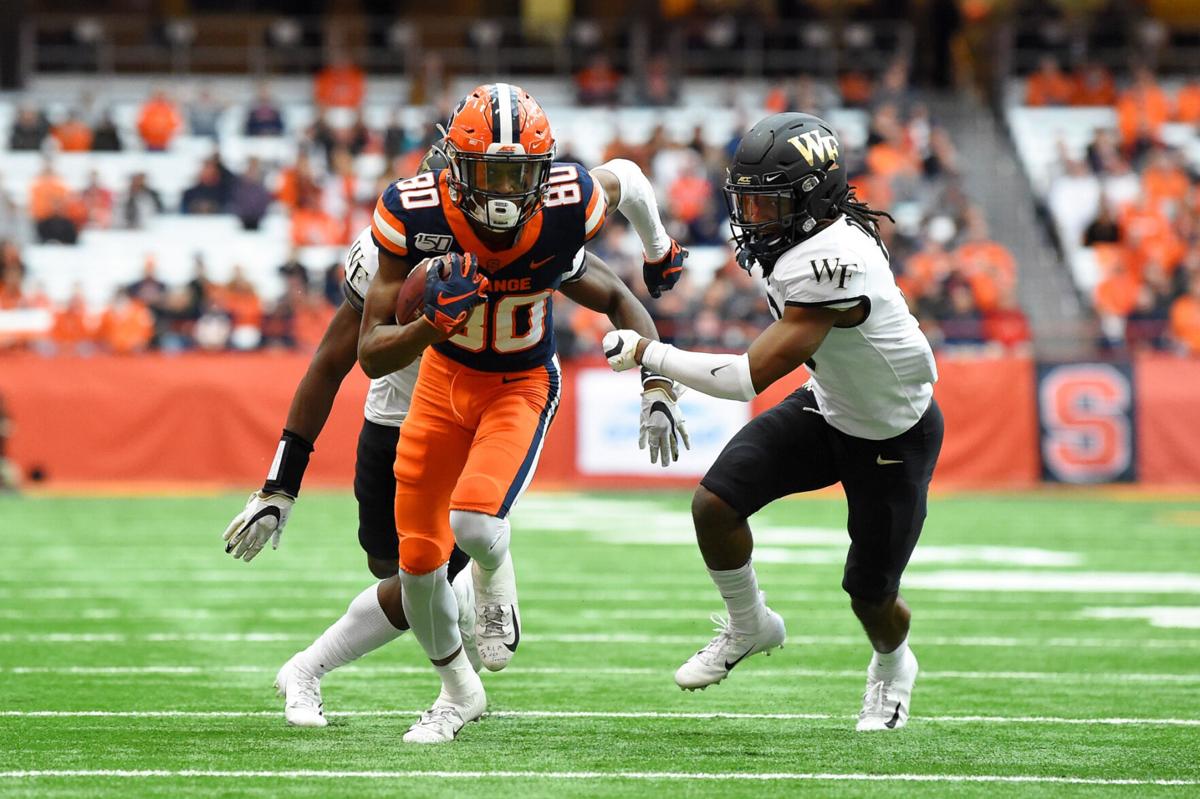 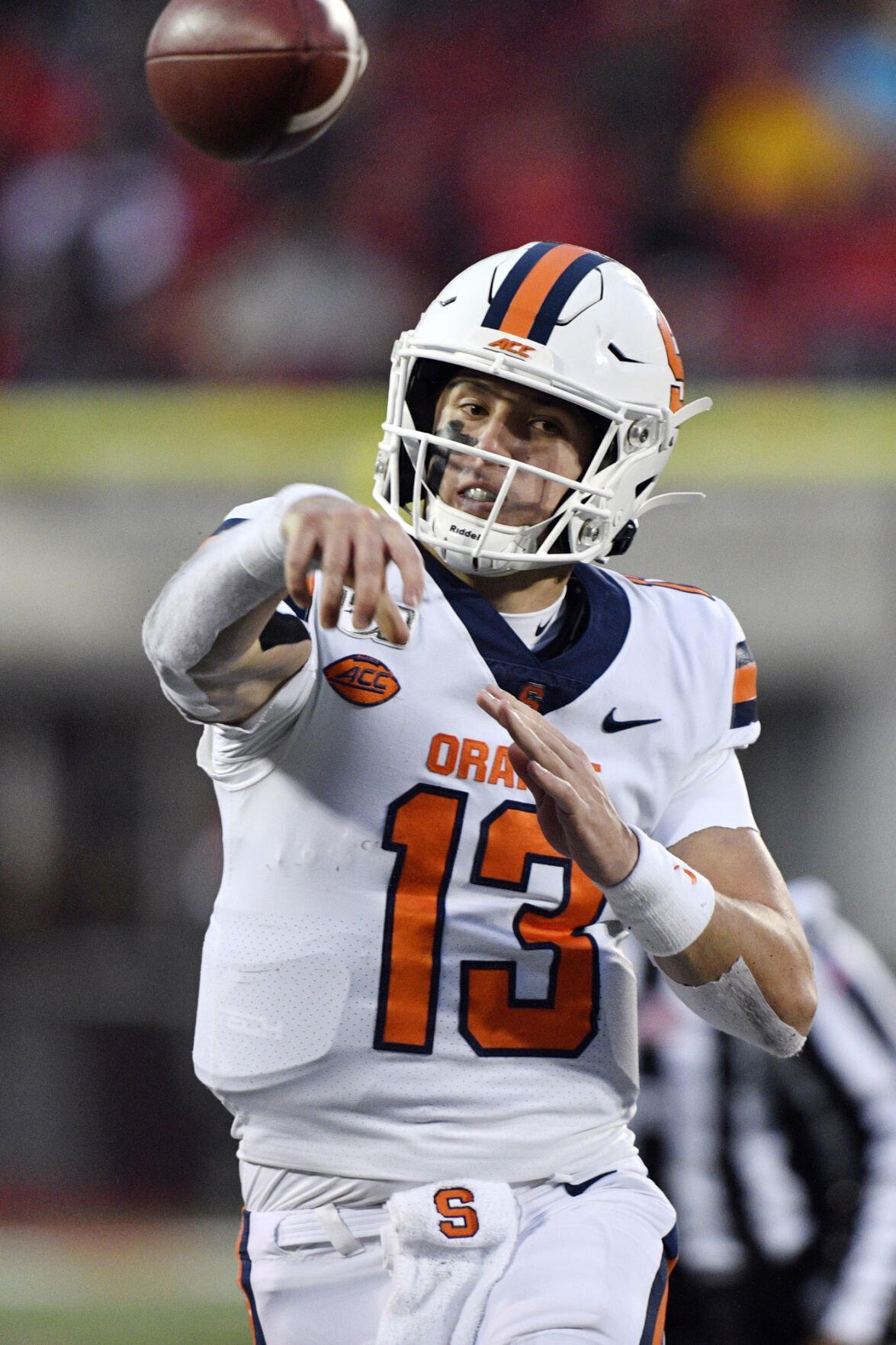 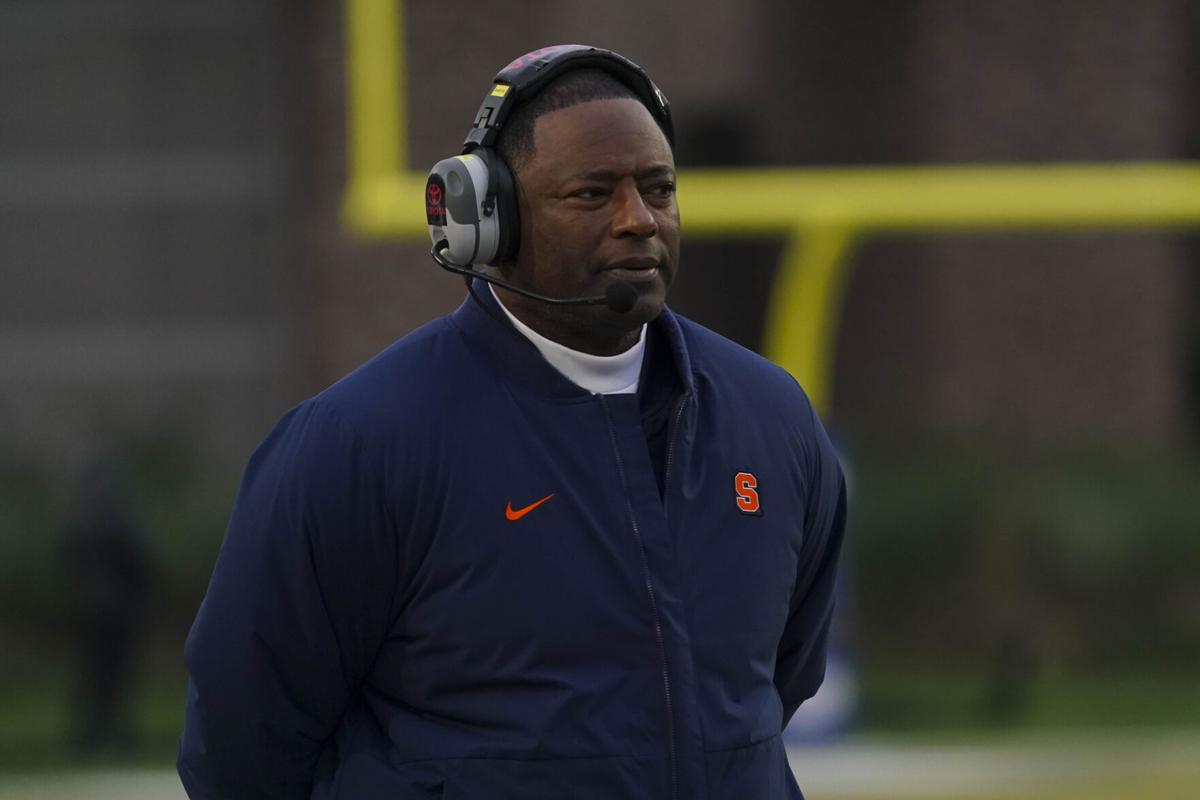 The Syracuse University football team kicked off preseason training camp and unveiled its updated schedule Thursday in hopes of leading into the program’s 131st season.

Syracuse will begin its fifth year under head coach Dino Babers with an Atlantic Coast Conference road game Sept. 12 at North Carolina, and the new home opener at the renovated Carrier Dome is slated for Sept. 26 against Georgia Tech without fans in attendance, barring a late change to state mandates against public gatherings.

The Orange held its first full practice Thursday morning at the Ensley Athletic Center following two months of voluntary on-campus workouts in pod groups that progressively expanded. The team now enters five-plus weeks of preparation under COVID-19 protocol with the faith that it can fulfill a campaign that is sure to be unlike any other.

“It’s going to be fun to see footballs flying around again, and then we’ll see,” Babers said during a virtual press conference via Zoom. “We may go all the way through the season, and we may not, it may be because of us or maybe because of somebody else, but we’re ready to do our part. We’re ready to put our hand on the line, drop our body weight, bend our knees and compete and see if we can get this thing done.”

Syracuse opened camp without redshirt freshman defensive lineman Cooper Dawson, who earlier in the day became the first SU player to opt out of the season due to concerns over COVID-19. Babers said that others within the program are still considering the option and some cases are pending, but Dawson is the only confirmed opt-out entering the first session.

The NCAA declared Wednesday that players who opt out of the season due to concerns over the virus will still have their scholarship honored.

“I have approached it like we’re going to have a season this fall, and that’s how I’m starting out camp,” SU senior offensive lineman Airon Servais said. “Personally, I am going to keep playing and I know that option is out there for guys, and of course you’re going to think about it, you have to think about everything right now and what is best for you.”

Players and coaches have been tested rigorously and strictly enforced social distancing since their arrival on campus in June. Voluntary workouts were conducted in face coverings, and temperature checks were required to access the building.

Babers commended the team for its handling of the protocol thus far, most of which will remain in place throughout camp, and expressed confidence that SU could serve as the national standard for low test numbers. The program has not publicly revealed any COVID testing results.

“If they were basing the national championship on COVID testing, I really believe we would be in the Final Four,” Babers said. “I really do, it’s an amazing number, and it’s based off what these young people have done and what our support staff has done. We did a lot of homework going into this thing, we talked to people at Fort Drum and from the military, along with the leaders we have here on campus, on exactly how to do this.”

The Orange will practice in helmets and shoulder pads to finish this week and will begin Monday’s practice session in full pads. Syracuse (5-7 overall in 2019) is eager to make up for lost time on the field with new offensive coordinator Sterlin Gilbert and new defensive coordinator Tony White during preseason camp. The SU spring session was halted after three practices at the onset of the pandemic.

The return to a relatively normal practice routine served as a refresher for SU players, especially junior safety Andre Cisco, who garnered Preseason All-American honors from four different outlets and said he has no plans to opt out of the campaign despite multiple projections as a first-round NFL draft pick.

“It’s been a difficult start to the summer with the different types of things we had to do to make things work, especially working out with a mask on and things like that, so going out on the field today felt great,” Cisco said. “That’s why I’m not looking at an opt-out option. I’m looking to get back on the field.”

Dates for each matchup in the ACC’s updated 11-game scheduling model were released for all teams Thursday, including the Orange.

The Orange’s road slate includes a Friday night matchup at Louisville (Nov. 20), along with Pittsburgh (Sept. 19), Clemson (Oct. 24), and Notre Dame (Dec. 5), in addition to the opener at the Tar Heels.

Syracuse will maintain its original plans to host Liberty for its lone nonconference outing Oct. 17 and will be on bye for the weeks of Sept. 28-Oct. 3 and Nov. 9-14.