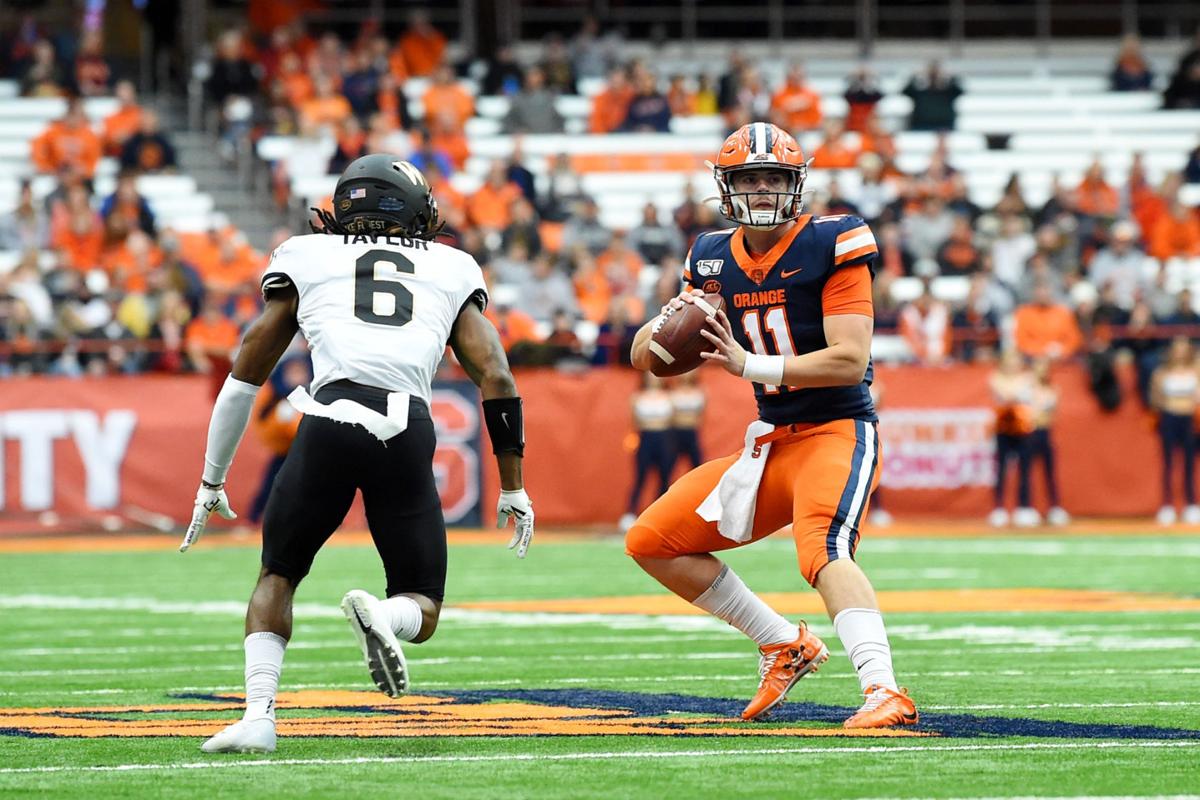 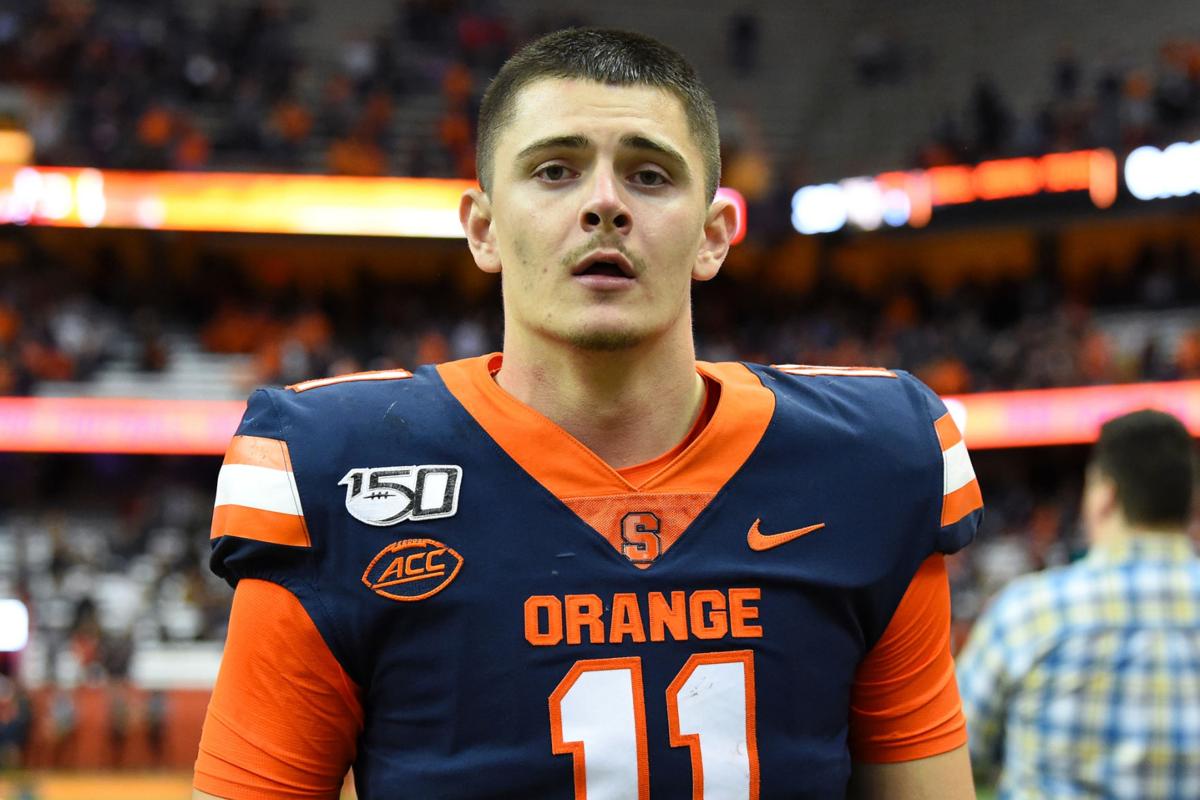 SYRACUSE — Backup quarterback Clayton Welch was among the unlikeliest Syracuse University football seniors to shine in the last game for the outgoing class Saturday. But he surprisingly drew his first career start and ended his tenure by helping guide SU to its most electrifying win of the season.

Welch finished 21-for-36 with two touchdowns and two interceptions, and oversaw a pair of fourth-quarter scoring drives to help SU outlast Wake Forest, 39-30, in overtime on Saturday in front of 33,719 fans at the Carrier Dome.

Welch had appeared in five previous games this season and six overall during his three-year SU career after transferring from Butte College for the 2017 season.

Welch left Saturday’s game briefly after being struck by a defender’s helmet in the sternum and losing his breath at the end of a third-quarter scramble, but returned to help SU (5-7 overall, 2-6 Atlantic Coast Conference) pull out the victory to finish a losing season on a high note.

“I wouldn’t have written it up any other way,” Welch said of his career performance on SU’s senior day. “Me and Kendall (Coleman) had some moments on the sideline just talking about it, and it was a great game to go out with. We battled and battled, and at one point, I didn’t think I could go back in, but I did and it was amazing to see my seniors just fight for me. We’d be in the huddle and they’d be like: ‘Clay, we got you,’ and there’s no better feeling than that.”

SU coach Dino Babers stated that Welch got the nod over regular starter Tommy DeVito due to “things that happened during the week and in the last game.”

DeVito has appeared to be playing through discomfort in recent weeks and left toward the end of last Saturday’s loss to Louisville with an apparent injury. The redshirt sophomore suited and played in relief of Welch when he was forced to exit, completing 2 of 3 passes for 27 yards.

Welch seized his opportunity and completed 6 of 10 passes for 98 yards in the fourth quarter. He completed a 32-yard strike to Taj Harris on SU’s final drive of regulation to set up a 49-yard field goal by Andre Szmyt, which gave the Orange a 30-27 edge.

Earlier in the quarter, Welch found Trishton Jackson for two third-down conversions that each went for 26 yards, eventually setting up a 13-yard TD run by Moe Neal to put SU ahead, 27-20.

“He’s more like a brother than a teammate so to see him start his last college game and the way he did things, the way he handled himself, it was like I wanted to really play for him,” Jackson said. “Once everybody dialed in and started playing for the seniors, things got better and better.”

Welch threw each of his touchdown passes in the first half — a 12-yard toss to Jackson and a 29-yard score to Luke Benson — to help SU race out to an early 17-3 advantage and spark his classmates to leave with a signature performance.

“I think it meant probably as much to the rest of the team as it did to this man, because we’ve all known all season long how much of a player he was and what he was able to do, and he was waiting on an opportunity,” said senior defensive end and captain, Kendall Coleman. “God knows we love Tommy (DeVito) but it didn’t work out where Tommy could play today, and anyone out there who knows Clayton Welch, he will never shy away from the spotlight. It was awesome to watch him go out there and ball out.”

SU senior running back Moe Neal ran for 98 yards on 20 carries, finishing with 2,560 career rushing yards to move into ninth-place on the program’s all-time list. Neal became the 10th player to surpass the 2,500-yard mark and later passed Bill Hurley (2,551) for the No. 9 spot in SU career rushing yardage leaders.

SU’s potential next star running back, freshman Jawhar Jordan, did not suit up for Saturday’s game and is thus eligible for a redshirt and additional year of eligibility.

Jordan delivered a breakout performance in last week’s loss to Louisville with 223 all-purpose yards (87 receiving, 35 rushing, 101 on three kick returns) and is likely to compete for the starting spot vacated by Neal next season.

SU redshirt junior wide receiver Trishton Jackson finished with team highs of 10 catches for 111 yards, which increased his season total to 1,023 for the sixth 1,000-yard receiving season in program history.

His 11 TD catches this season is the most for any Orange receiver over the last 30 years and tied Rob Moore (1989) for the third best single-season total in team history.