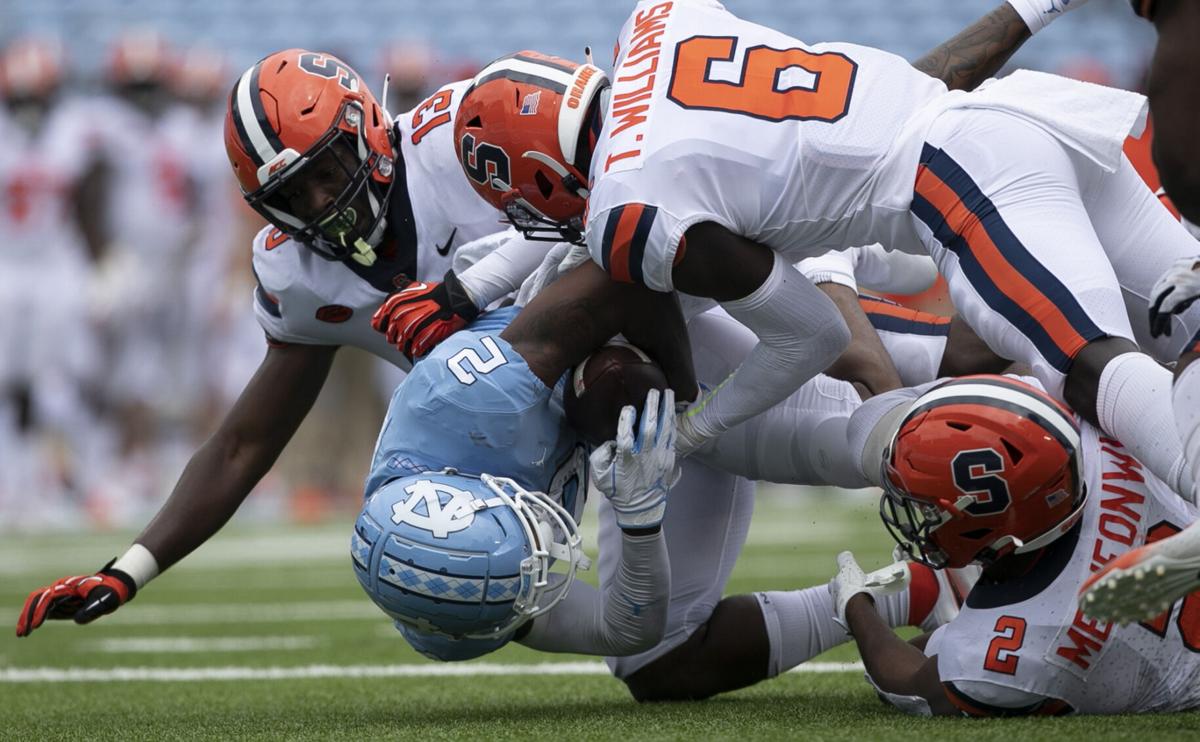 North Carolina’s Dyami Brown is stopped at the goal line after a 15-yard pass completion against Syracuse on Sept. 12 at Kenan Stadium in Chapel Hill, N.C. Robert Willett/Pool Photo via USA TODAY Sports 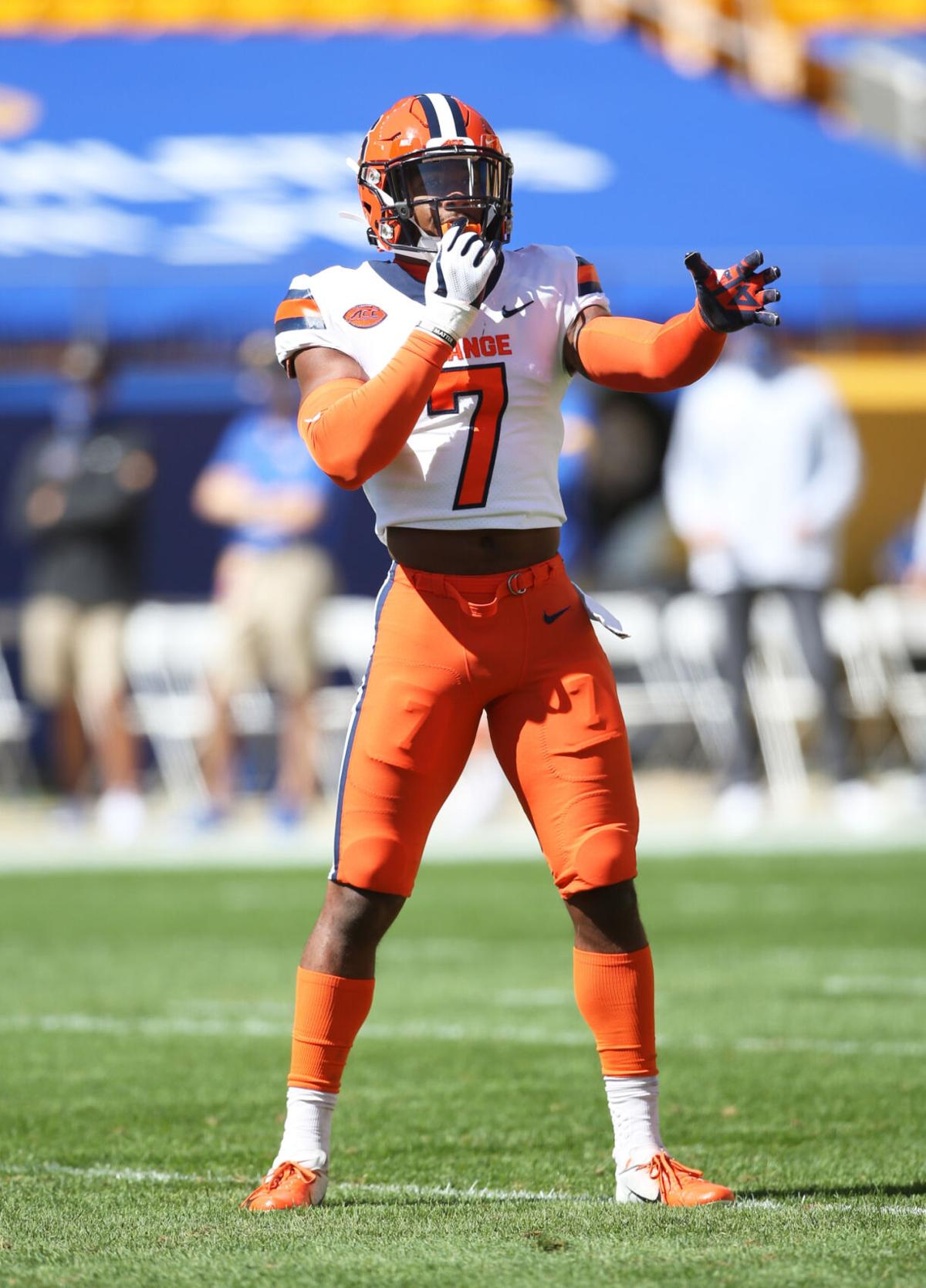 Syracuse defensive back Andre Cisco gestures at the line of scrimmage against the Pittsburgh Panthers last Saturday at Heinz Field in Pittsburgh. Charles LeClaire/USA TODAY Sports 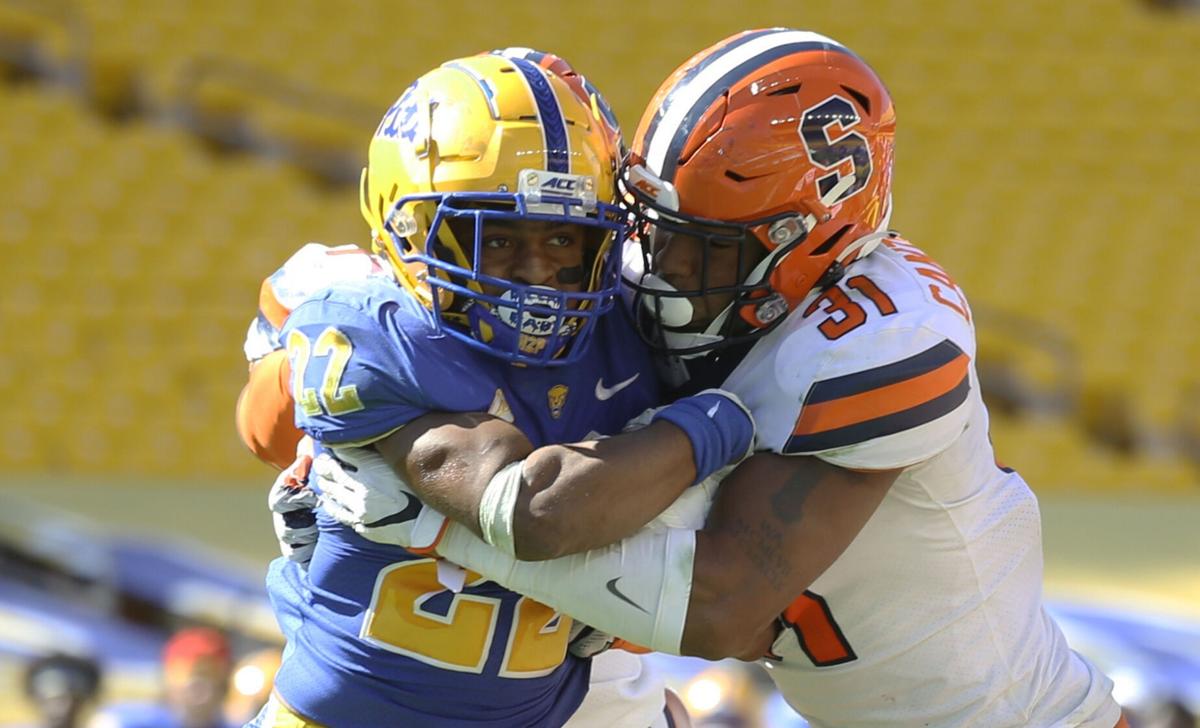 North Carolina’s Dyami Brown is stopped at the goal line after a 15-yard pass completion against Syracuse on Sept. 12 at Kenan Stadium in Chapel Hill, N.C. Robert Willett/Pool Photo via USA TODAY Sports

Syracuse defensive back Andre Cisco gestures at the line of scrimmage against the Pittsburgh Panthers last Saturday at Heinz Field in Pittsburgh. Charles LeClaire/USA TODAY Sports

Syracuse University football coach Dino Babers gathered his team on the field last Saturday following its second straight loss to open the season for one of his self-described “kumbaya meetings.”

The fifth-year Orange coach preached unity in the aftermath of consecutive lopsided results from its struggling offense and stout defense, a message that was well-received, and expressed the urgency of a quick turnaround, according to star safety Andre Cisco.

Syracuse (0-2) will host Georgia Tech (1-1 overall, 1-0 Atlantic Coast Conference) in its home opener at noon today in the renovated Carrier Dome, marking the debut of the long-awaited New Stadium Experience but with fans barred from attending due to state COVID-19 regulations. The game will not be aired in local TV markets but is available through the ACC Network Extra or Fox Sports online streaming services. YES will air the game on tape delay tonight at midnight.

The Orange is an eight-point underdog after back-to-back road losses to ranked ACC opponents — North Carolina and Pittsburgh — suffering its first 0-2 start since 2013.

“We’re still wounded about ourselves, we need to get over our first two losses and get in the right frame of mind, and that started (last) Saturday and we continued it Sunday in our team meetings,” Babers said. “We’ve just got to keep chopping wood and believe in the things that we believe on, hang our hats on the fundamentals and our techniques.”

Cisco added: “It’s definitely disappointing, it’s not what we had planned at all. ... Obviously, morale goes down a little bit but at the same time, it’s motivation, and I think all the guys know what we have to do to win.”

The dual-threat, true freshman quarterback ranks seventh in the nation with 521 total passing yards in his first two games and is fifth among QBs with 146 rushing yards, which leads the Yellow Jackets. Sims’ lone early blemish is his four interceptions, contributing to the Yellow Jackets’ mark of seven lost turnovers through two games, tying Duke for the worst mark in the FBS.

That plays into SU’s strength defensively as the unit is tied with a grouping of teams for second in the FBS with five takeaways and the team ranks eighth with a plus-two turnover margin.

The Yellow Jackets rank 22nd in the FBS in both total offense (454.5 yards per game) and rushing offense (194). Sims has helped Georgia Tech top 400 yards of offense in each of its first two games, a mark it never reached last season while finishing last in the ACC and 127th of 130 teams nationally in total offense (286.3 yards per game).

Redshirt junior running back Jordan Mason was ruled out Friday for undisclosed reasons and will miss his second straight game, leaving the rushing load to Sims and freshman running back Jahmyr Gibbs.

“We’re going to have to be in coverage a little longer than we were in previous weeks because the quarterbacks were mobile but not as mobile, so we’ll be in coverage longer,” SU junior defensive back Trill Williams said. “Other than that, if we can stop the run, we’ll be all right.”

Offensively, the Orange is aiming to turn around its worst start since 2001. After opening against two of the most imposing defensive lines in the ACC, SU will face a unit that allowed Central Florida’s Dillon Gabriel to throw for 417 yards last week in a 49-21 Georgia Tech loss.

Syracuse has averaged 127 passing yards per game in its first two outings and 186.5 yards of offense overall. Redshirt junior quarterback Tommy DeVito is expected to start after taking seven sacks in each of his first two games, and twice forced to leave last Saturday’s loss at Pittsburgh.

The signature up-tempo offense of Babers has yet to appear this season. SU has averaged 80.3 plays per game since Babers arrived in 2015 but has averaged 65.5 in its first two games while posting a 18.2% success rate on third downs.

“I definitely feel as though (our tempo) is something we have to pick up,” SU junior wide receiver Taj Harris said. “There’s nothing new, nothing has changed, we just have to get it going.”

“It comes down to three things,” Babers said. “You have the O-line, the quarterback and the receivers and you can divide that by three, and it comes out that everybody’s barely missing. We’re barely misfiring on stuff, it looks big to everybody else but it’s small to us.”