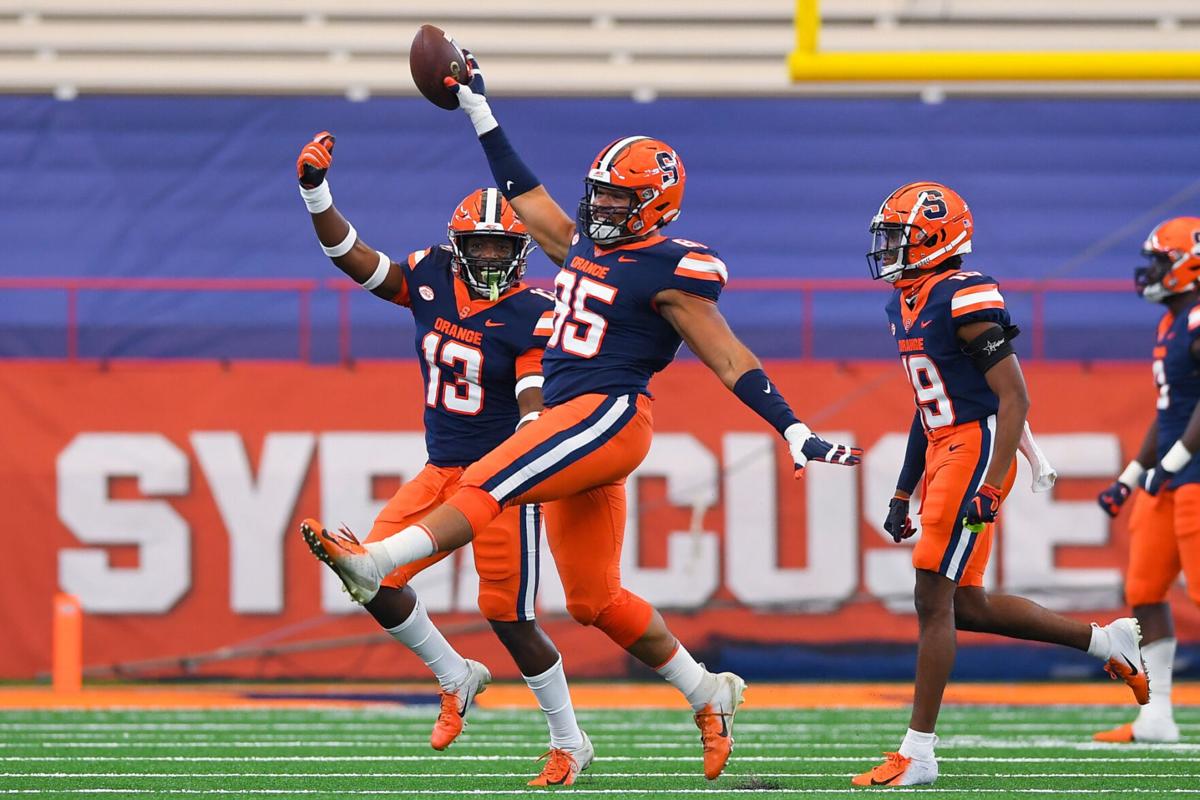 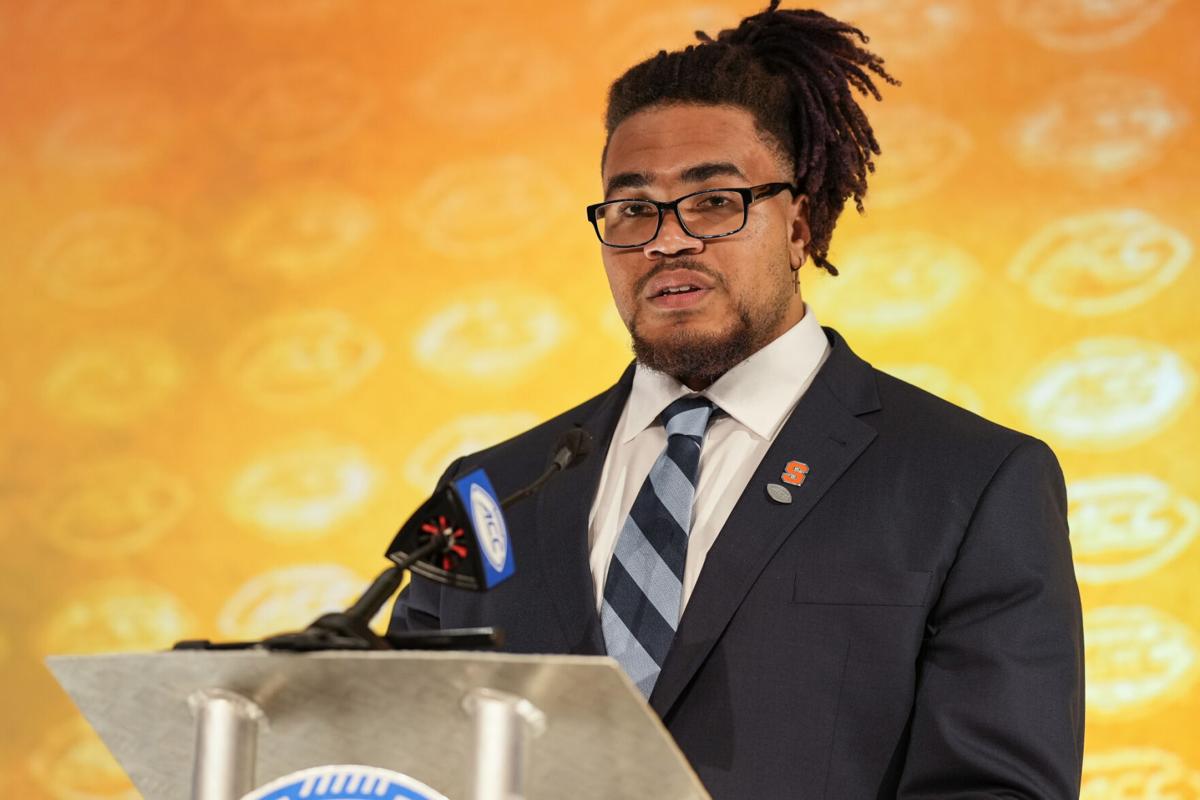 Syracuse’s Josh Black speaks to the media during the ACC Kickoff on July 22 in Charlotte, N.C. Jim Dedmon/USA TODAY Sports 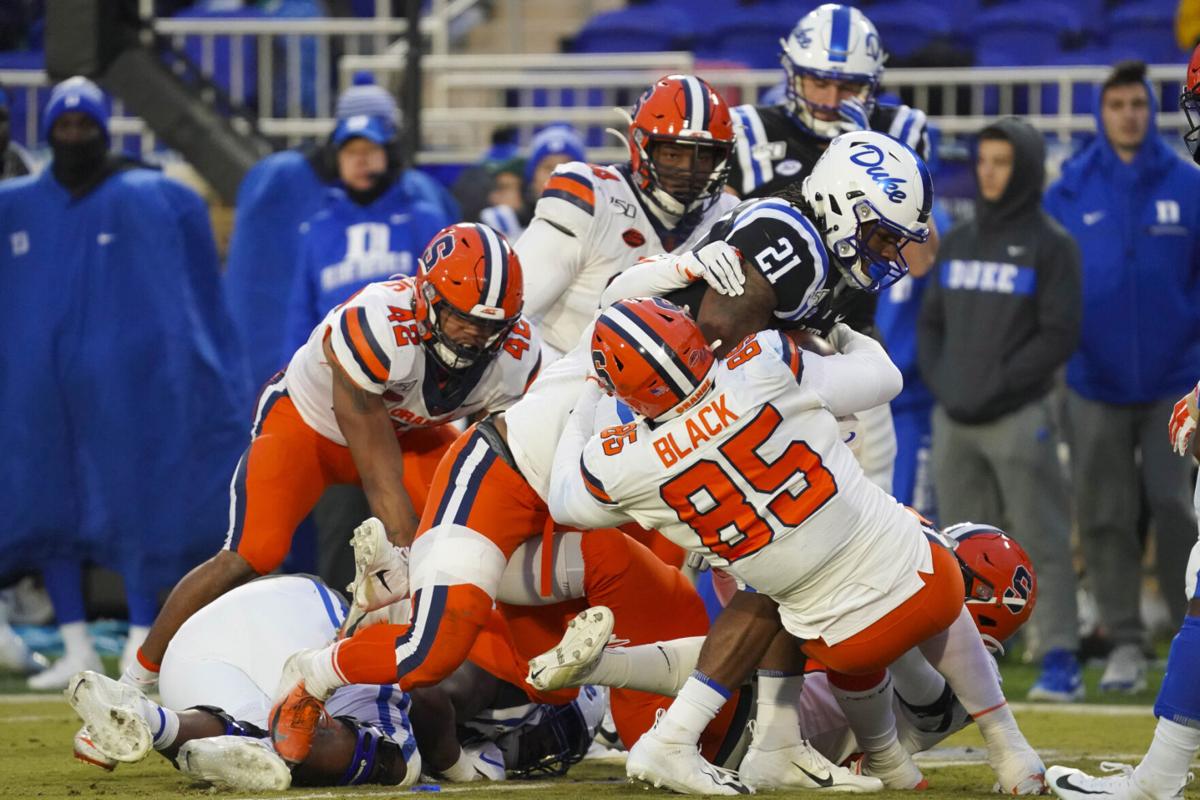 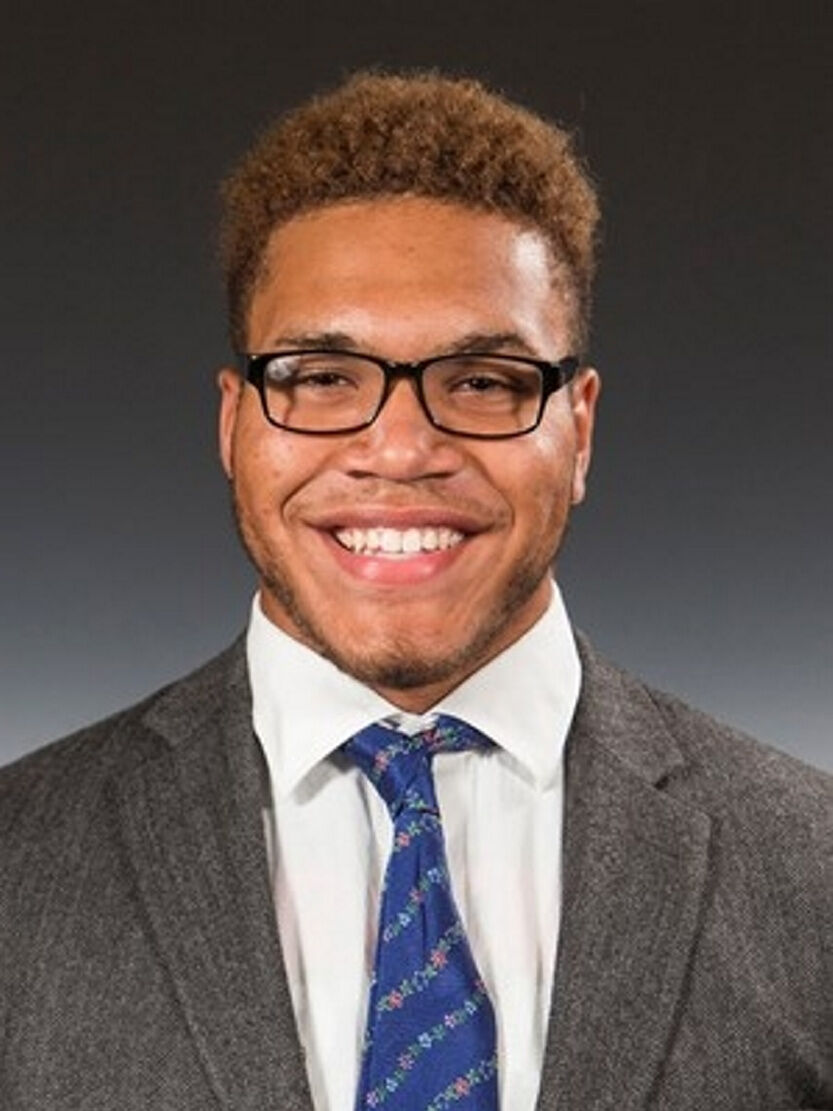 Syracuse’s Josh Black speaks to the media during the ACC Kickoff on July 22 in Charlotte, N.C. Jim Dedmon/USA TODAY Sports

The 6-foot-3 and 290-pound defensive lineman has placed the responsibility for SU’s struggles of a season ago upon his own massive shoulders as one of a handful of 2020 seniors that returned to revitalize the team.

Black has garnered the attention of fans and teammates, and even Dwayne “The Rock,” Johnson, on Twitter by posting videos of himself performing various aerial stunts over the last two summers.

The sixth-year senior said that he will hold off on such moves this fall as he focuses on approaching the end of SU training camp and inching closer to the Sept. 4 season opener at Ohio.

“I myself felt like I was responsible for that 1-10 season, not being the leader that I should have been,” Black said after Friday’s practice. “I should have been more vocal. I should have helped out bringing along the whole team instead of just my position group.”

The Orange conducted its second private team scrimmage of the preseason Saturday and is set to wrap up training camp with a Fan Fest this Friday night at the Carrier Dome.

Black is likely to put on a show, displaying the athleticism on the field that he has for his online audience during the summer. Black said that he has always filled the role of the “athletic big guy,” but has just gained the ability to pull off the impressive antics over the past year.

He posted a video of a standing front flip in his backyard earlier this summer, and last year, shared a video that went viral in which he ran up a wall and performed a backflip, landing on his feet.

“I like being the person that tries to break the odds,” Black said. “It’s like, oh here’s a 285-pound lineman, he shouldn’t be able to do backflips off a wall or standing front-flips and all that stuff. I just like proving a lot of people wrong and using my ability to showcase what I have.”

Black’s football training at SU has enhanced his natural agility. He also watched flipping tutorials and parkour videos on YouTube to improve his technique and develop ideas for what he called a “fun hobby,” for the offseason.

“I’m trying to shy away from it in camp to focus on letting my body recover (from practices), but that’s something I’m really passionate about,” Black said. “I love trying to figure out what my body can do. There’s still a lot of stuff I’m learning how to do, but it’s nice to feel in tune with my body and know what I can do, especially being a bigger guy, it’s fun to try to do these new things.”

Black tagged his running backflip video from last summer stating that he was practicing to become a stunt double for Dwayne Johnson, to which the actor and former WWE wrestler responded on Twitter: “Wow, this is a helluva athlete and he squats over 700 pounds in the Syracuse weight room. You’re on our radar big man.”

Black called the message inspiring and said he was a longtime fan of Johnson, dating back to his days as a pro wrestling star.

“That was probably one of the highlights of my life,” Black said. “It was just awesome, my phone was just blowing up and I couldn’t even open Twitter because I was getting so many notifications from it. ... I’ve always wanted to be like Dwayne Johnson but maybe I can be the first Josh Black, who knows.”

Black holds a bachelor’s degree in exercise health and science and said that if his pursuit of the NFL doesn’t work out, or Hollywood doesn’t come calling, he hopes to work for a college football team as a strength-and-conditioning coach.

He credited SU’s strength staff for taking him under their wing and offering him career advice in the field.

In the immediate future, he will work to wreak havoc in the front of SU’s 3-3-5 defense after recording 38 tackles, including four for loss and two sacks, to go with an interception starting all 11 games last season.

Syracuse coach Dino Babers stated during his weekly press conference Tuesday that he could see “a little separation,” in the battle for the starting quarterback and other positions but wouldn’t share details on the pecking order.

Both players spoke to a group of media at practice Thursday and shared thoughts on the competition playing out in camp. Shrader, the 6-foot-4 and 230-pound dual threat, discussed what he can prove in the camp setting where QBs are protected from contact, mitigating one of his strengths.

“Showing that you understand the offense and you would make good decisions is a big thing, like throwing the ball away, sometimes it’s hard to see as you’re doing it, but just showing to them that I know what I’m doing is the biggest thing,” Shrader said.

DeVito spoke of the importance of small details and displaying daily improvement as part of the competition.

“Every day you have to get better and better because as of right now, in 15 days we will be travelling to Ohio, so for me to hear that this morning was eye-opening,” DeVito said. “Time is flying, camp is ending, and the season is right around the corner, so I’m continuing to push myself every day.”

Babers said Tuesday that he expects starting guard candidates Dakota Davis and Chris Bleich to be ready for the first game despite each missing practice time this week.

The duo is expected to be part of a top-six offensive line rotation that includes returning starters Airon Servais, Matthew Bergeron, Carlos Vettorello, and Darius Tisdale, combining to form the most experienced unit since finishing 10-3 in 2018.

Servais and Bergeron each pointed to improved communication, continuity, and added depth as reasons for optimism along the SU front after allowing an average of 3.45 sacks per game last year and 4.17 in 2019, both ranking bottom 10 among FBS teams.

“I think the communication was the biggest issue to fix and we’ve fixed it, so I’m really excited to see what we can do this season,” Bergeron said.