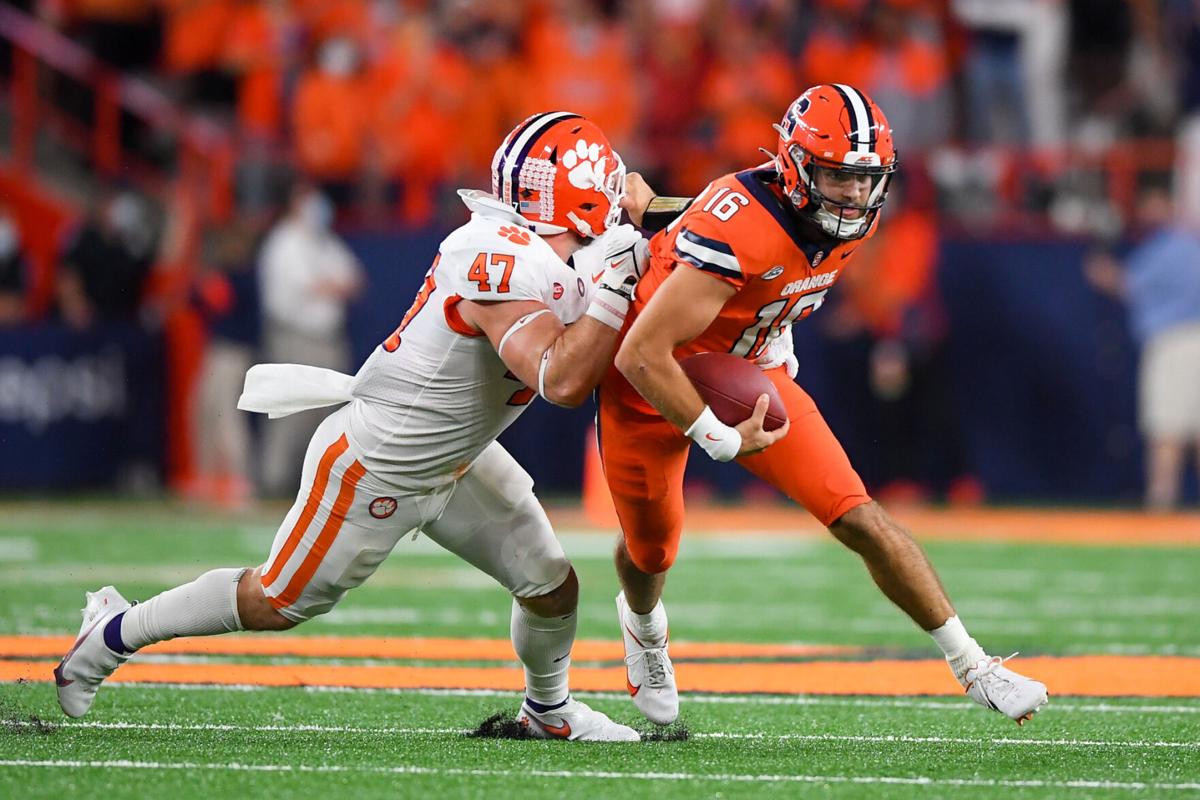 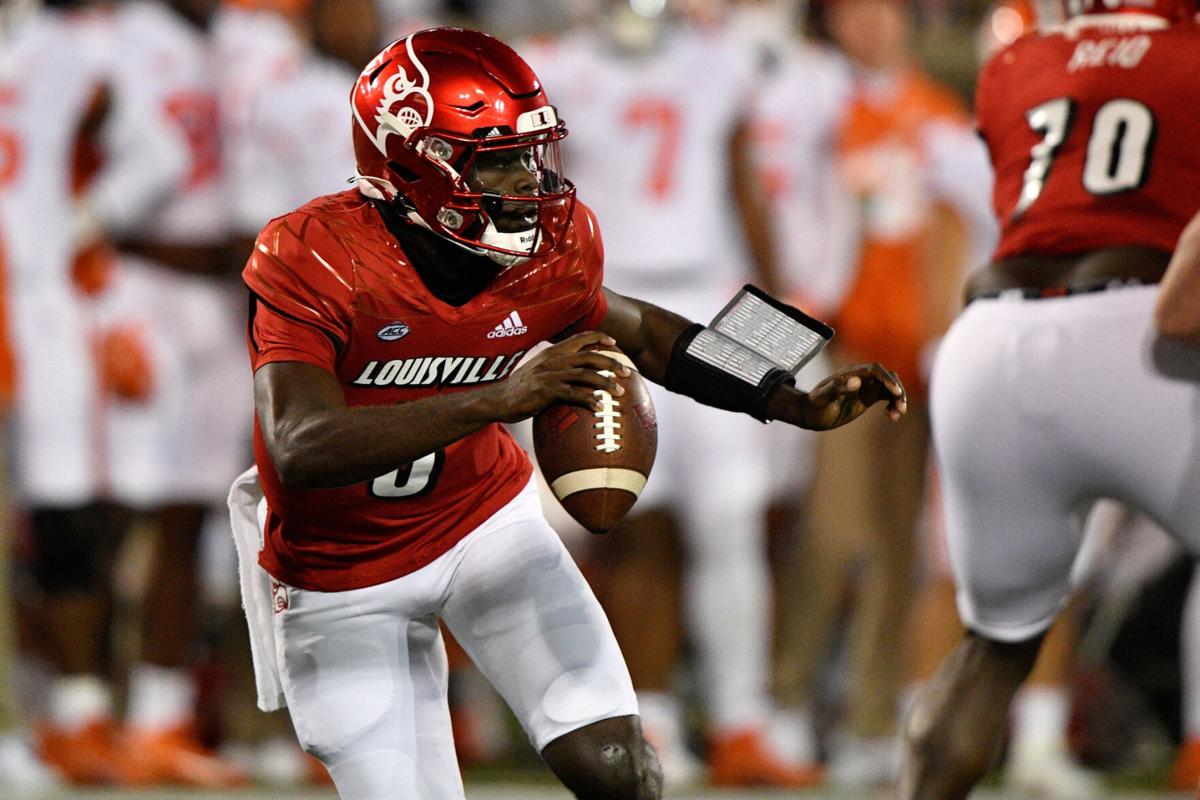 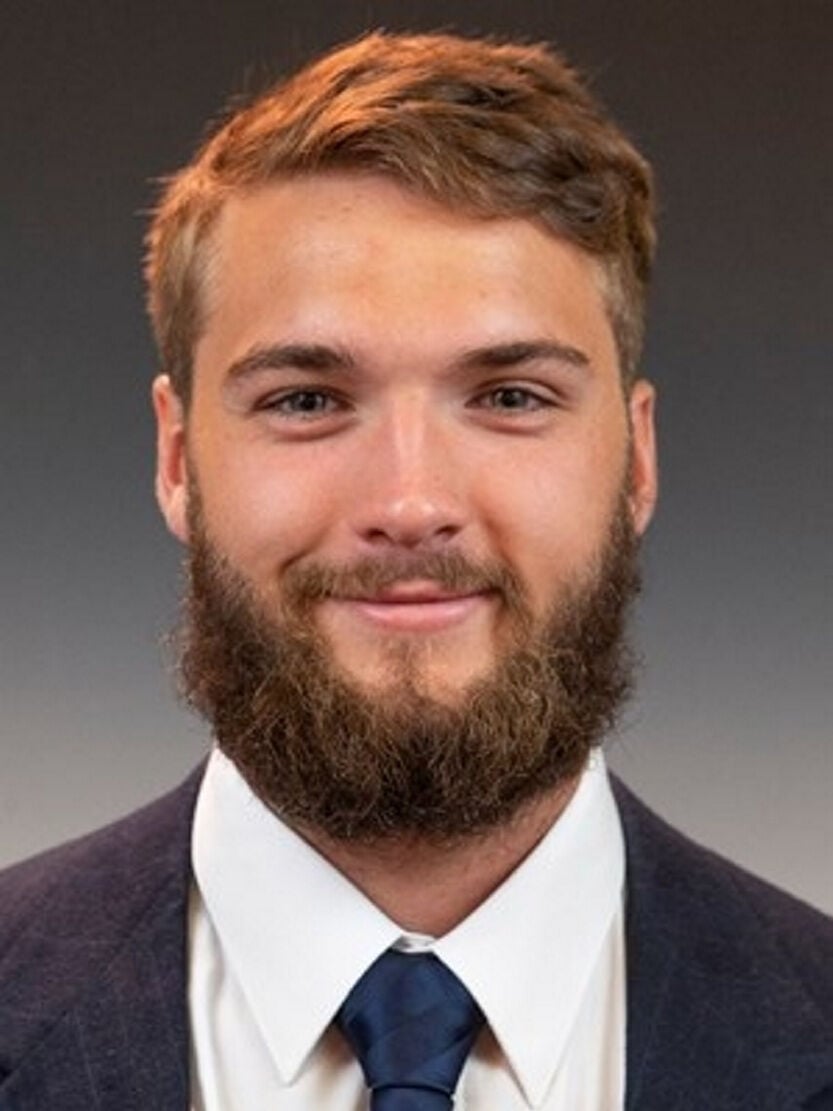 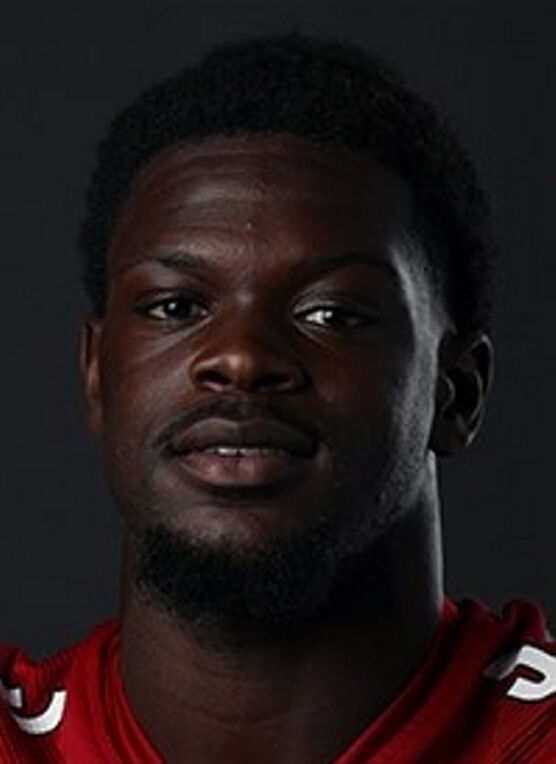 SYRACUSE — On the day that Lamar Jackson has his jersey retired, two of the top running quarterbacks in college football will fittingly face off.

Syracuse University (5-4 overall, 2-3 Atlantic Coast Conference) will return from the bye one win shy of bowl eligibility entering an ACC road game at Louisville (4-5, 2-4), set to kick off at noon today at Cardinal Stadium in Louisville, Ky., and viewed locally on the Yes Network.

The Cardinals are a three-point favorite on oddsshark.com behind their dual-threat dynamo, Malik Cunningham, who leads all FBS quarterbacks with 15 rushing touchdowns.

Garrett Shrader, who became the SU starter four games into the season, ranks second nationally behind Cunningham among QBs with 13 scores on the ground.

“There are so many different variables he brings to the table, which makes him such a unique football player,” said SU senior defensive lineman, Josh Black, of facing Cunningham.

Cunningham has accounted for 69 percent of Louisville’s offensive production this season, leading the team in passing (2,077 yards) and rushing (690 on 132 carries).

He is on pace to be the first player to lead Louisville in both categories since Jackson — the electric Heisman Trophy winner and NFL Most Valuable Player from the Baltimore Ravens, who will be recognized with his No. 8 UL jersey getting retired at halftime.

“I think Malik is unique, I haven’t seen anybody catch him,” SU coach Dino Babers said. “I don’t know if Garrett’s been caught or not, but Malik is so fast. How do you go from Lamar to Malik? To get two of those guys in the same (program), I mean, that guy is fast, so I just think he’s one of the most dynamic players in the league.”

In his third year as the starter, Cunningham also ranks 15th nationally with 307 passing yards per game and leads the country with four completions of 70 yards or more.

Louisville is one of just seven teams nationally averaging more than 200 yards rushing and 235 yards passing, and it ranks 32nd in the FBS with 442.3 yards of offense per game.

“He’s a hell of an athlete, the ability he has to stretch plays out and make something out of nothing,” SU senior Kingsley Jonathan said. “Going into this week, that’s one of the big emphases, just try to slow him down. You can’t really stop that completely, but you try to slow him down and limit the big plays.”

Shrader has shined forming a one-two punch with Sean Tucker, the SU star running back that enters 105 yards shy of matching Joe Morris’ SU single-season rushing record of 1,372 established in 1979.

The Mississippi State transfer has rushed for 670 yards, the fourth highest total among QBs in the FBS, and his 13 rushing TDs is second nationally and is two away from matching Eric Dungey for the most by an Orange QB in a season.

Shrader and Tucker have tallied the most combined rushing yardage (1,937) and rushing TDs (24) for any FBS tandem and have lifted SU to ranking third nationally in rushing at 247.7 yards per game.

“I’m not surprised where the team is in terms of how good the offense is playing,” Jonathan said. “The losses we’ve had, a one-play swing here or there and it could have gone the other way, so I’m really proud of how the team has rallied and kept fighting through all the losses and keep working.”

Both ground attacks will be opposed by formidable rushing defenses that rank in the top five the ACC respectively.