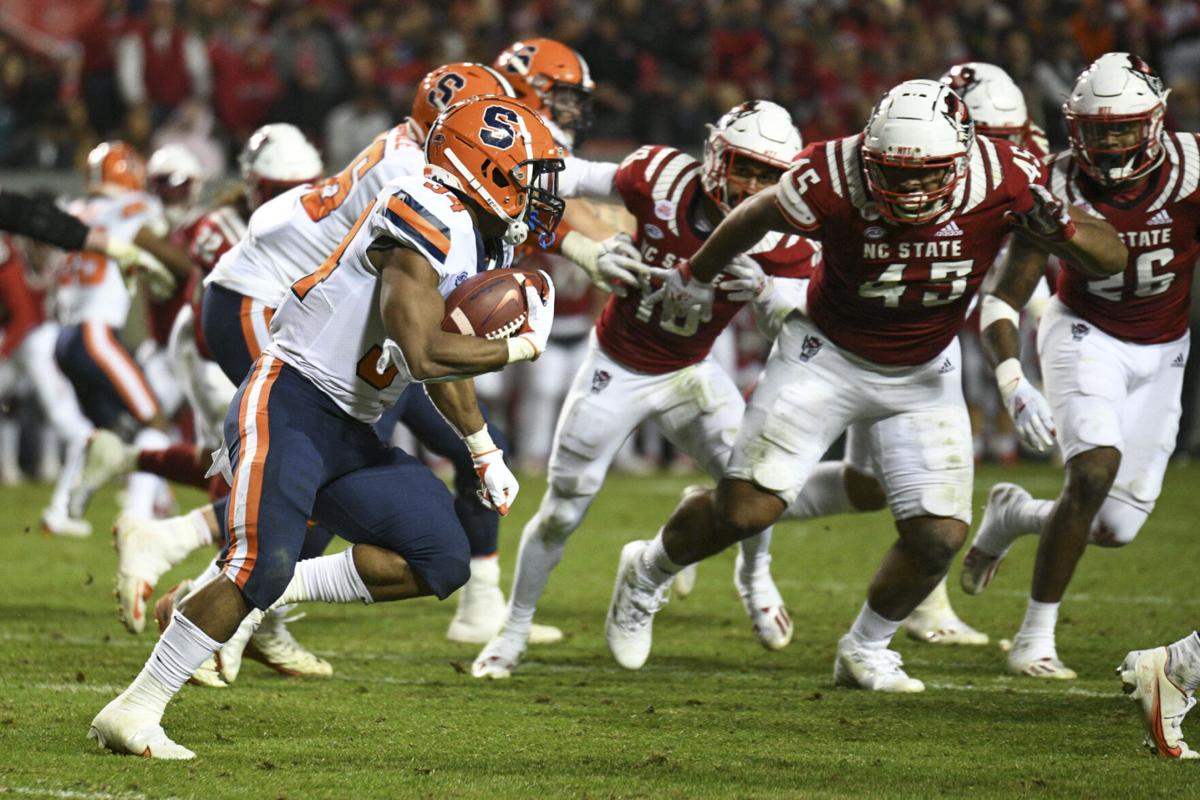 Syracuse running back Sean Tucker runs the ball around the North Carolina State defense during the second half Saturday. William Howard/USA TODAY Sports 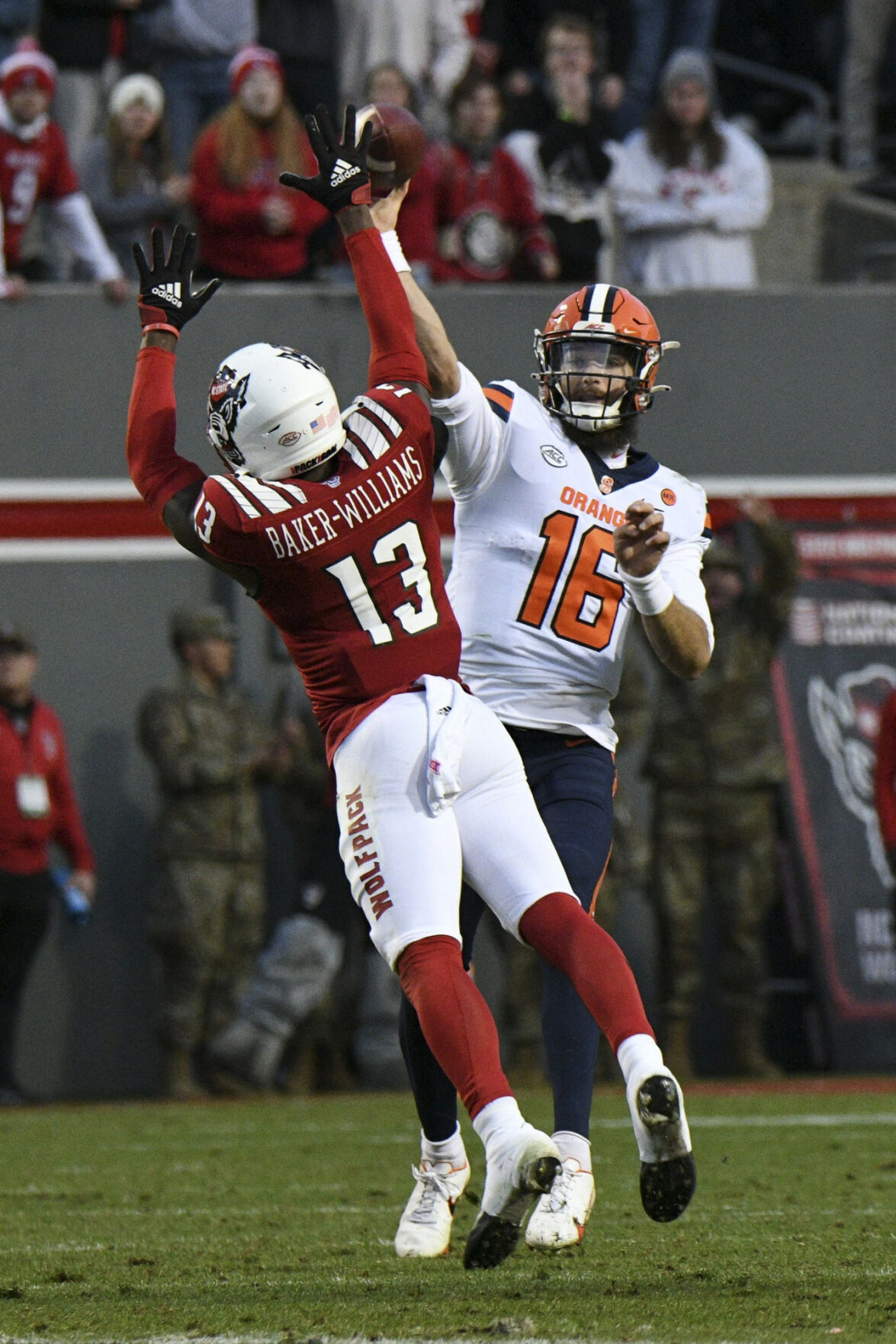 Syracuse running back Sean Tucker runs the ball around the North Carolina State defense during the second half Saturday. William Howard/USA TODAY Sports

The second-year freshman running back surpassed Joe Morris for the top single-season rushing yardage total in SU history but the Orange suffered a 41-17 Atlantic Coast Conference setback to the North Carolina State Wolfpack at Carter-Finley Stadium.

Syracuse (5-6 overall, 2-5 ACC) will host No. 19/20 Pittsburgh to close the regular season at a time to be determined next Saturday, needing a victory for bowl eligibility.

Tucker gained 105 yards on 14 carries for the Orange to become the first player to surpass 100 yards against the vaunted Wolfpack run defense, which ranked 11th nationally entering the matchup.

Tucker eclipsed Morris’ record total of 1,372 rush yards during a 17-yard carry in the second quarter and finished the game with 1,467 rushing yards for the season. The previous record held by Morris was established in 1979.

“I would definitely say it feels great,” Tucker said. “We definitely got to start by thanking my O-line, all season for doing a great job, and running behind those guys gave me a lot of opportunities to break this record.”

After a scoreless first quarter by both teams, the Wolfpack broke loose for 28 points in the second quarter to take control of the Atlantic Division clash.

N.C. State (8-3, 5-2) has a chance to go for a nine-win season against rival North Carolina next week. That would be the third nine-win season under head coach Dave Doeren. That’s not all the Wolfpack are playing for in the regular-season finale.

With an N.C. State win and a Wake Forest loss at Boston College, the Wolfpack would win the division. N.C. State got some help from Clemson on Saturday. The Tigers defeated the Demon Deacons, 48-27, handing Wake Forest its first conference loss.

After that game, N.C. State did its part, improving its all-time record over Syracuse to 13-2. Once the Wolfpack got out of their own way (five flags in the first quarter), they got things going.

The Wolfpack scored its next 14 points without the offense even touching the ball. Drake Thomas gave the team a 14-0 lead with a pick six, returning his third interception of the season 38-yards for his first career score. After Tucker broke off a 55-yard run for a touchdown for the Orange, Zonovan Knight took the ensuing kickoff 97 yards to the house.

“It comes down to three phases,” SU coach Dino Babers said. “Offense, defense, and kicking game, and you need all three of them working to have an opportunity to be a football team that’s consistent.”

Leary ended the half with a 14-yard pass to Christopher Toudle. Leary has thrown two or more touchdowns in 10 of the 11 games this season. He finished 17 of 24 for 303 yards and the two scores.

N.C. State’s defense was solid versus the Orange rushing attack. Syracuse came into the game as the top rushing in the ACC. The Orange finished with 170 on the ground, but 103 of those yards came on two runs.

The Wolfpack defense finished with 14 tackles for loss and SU failed to top 100 passing yards for the third straight game as its bowl aspirations reach the brink.

“It’s not so much pressure,” Babers said. “It’s more about, I really want to get that sixth win for the super seniors, and the community and for the student body to have an opportunity to go bowling.”