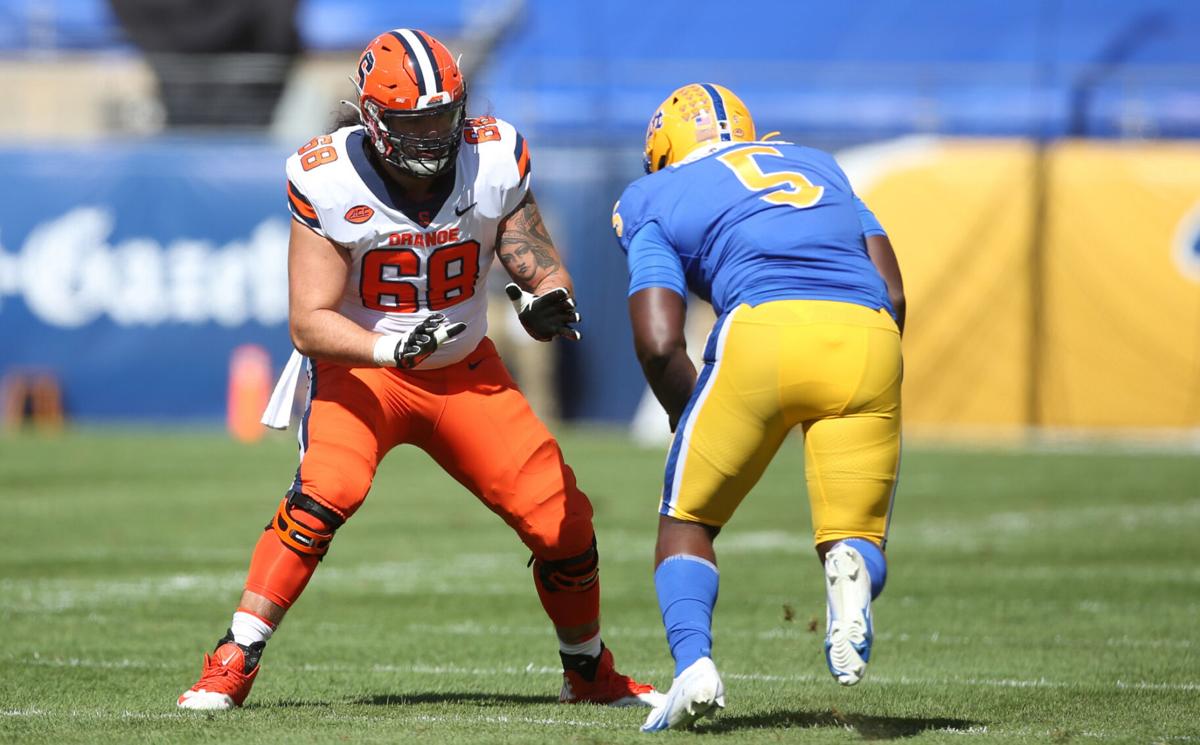 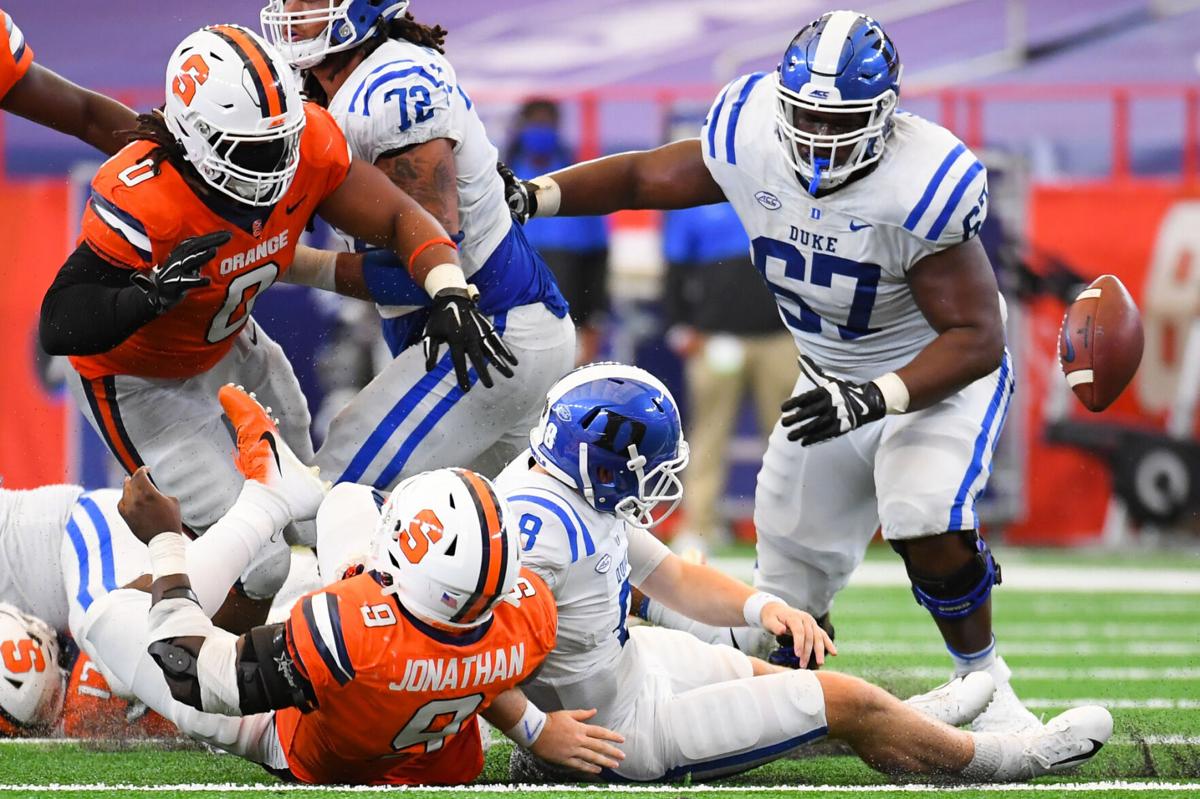 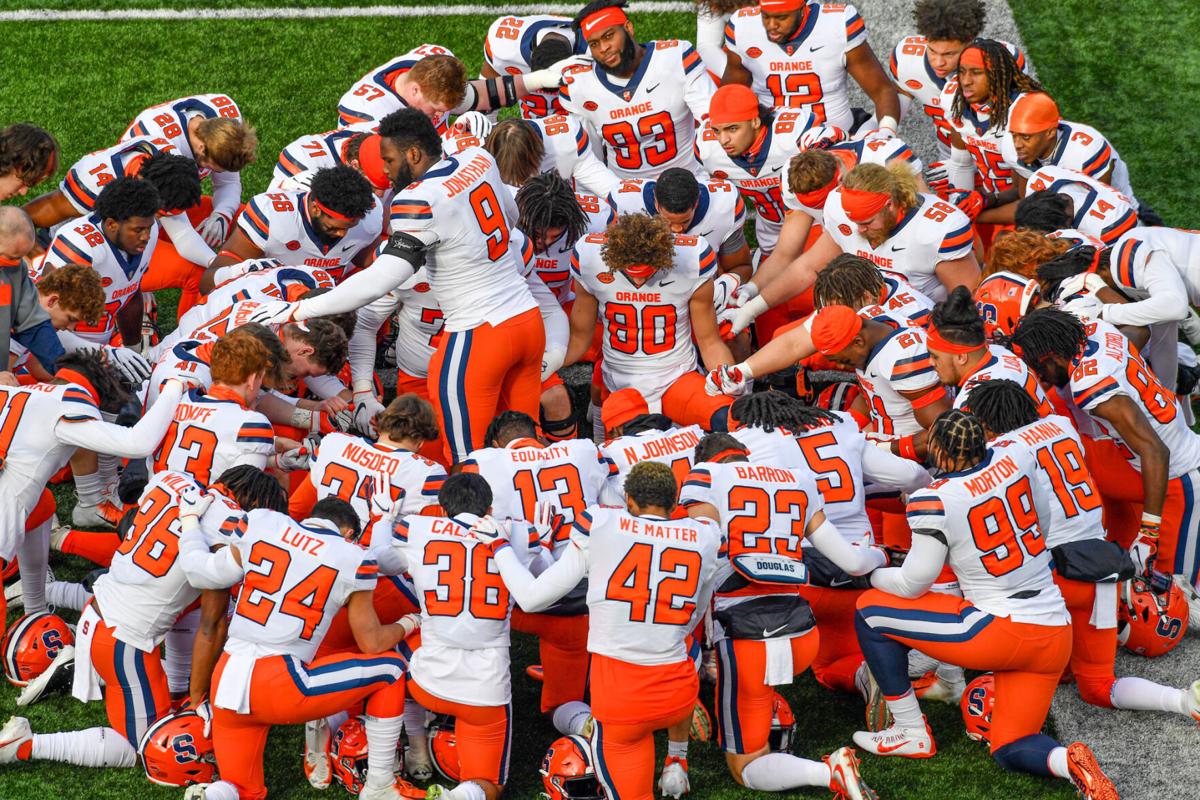 SYRACUSE — Syracuse University football returning seniors Airon Servais, Josh Black, and Kingsley Jonathan were among a small group that took an impromptu walk around the field after their final game in the empty Carrier Dome last season.

They followed the tradition of the “senior walk,” instituted by sixth-year coach Dino Babers a few seasons prior with the intent of giving departing players one more lap to greet their appreciative fans.

Instead of the joyous occasion they watched preceding seniors enjoy, the shared walk with no spectators present marked the final moment of frustration in a 1-10 campaign and ultimately helped solidify their return to SU for the upcoming season in pursuit of a better ending.

Syracuse will be boosted by six returning seniors — all of whom will play significant roles as the Orange tries to rebound from the first one-win season since 2005 and only the second in more than 70 years — when it opens with a nonconference game at 7 p.m. Saturday at Ohio.

“We hated how last year ended, some of us took that walk around the Dome by ourselves and that was a horrible feeling just walking through an empty Dome like that, we certainly did not want to go out that way,” said Servais, back to start at offensive tackle for his sixth year with the program.

Servais is joined by fullback Chris Elmore and four defensive linemen — Black, Jonathan, McKinley Williams and Cody Roscoe — in the returning group dubbed by Babers as the “super seniors.”

They were each set to move on after the 2020 season but chose to utilize the extra year of eligibility offered by the NCAA due to the uncertainties of playing through the coronavirus pandemic last fall.

“I hated taking that walk, not getting the opportunity to show what we could do in our last season in the Dome, so having that opportunity to come back is something that we’re all looking forward to,” Jonathan said.

The returning veterans spoke collectively at the end of last season about their respective decisions. Each had various reasons related to academic pursuits and pro football aspirations, but all kept circling back to the unique opportunity to rewrite their finale for the Orange.

The chance to play a full season in front of fans after going all last year with home spectators barred due to state COVID-19 mandates, bring in their family for senior-night traditions, and take that final walk around the Dome for high-fives and fan selfies were additional shared reasons for their return.

“We all agreed that there was a lot of meat left on the bone,” Black said. “Our time here isn’t done. That’s how we all felt, and that’s what brought us all together.”

The six SU super seniors, many of whom contributed to the 10-3 season in 2018, should provide determined leadership and experience on each side as the Orange appears mostly healthy out of training camp working toward a quick turnaround.

Due to injuries and opt-outs last year, SU finished with 72 percent of its roster in the first two years of eligibility, the fourth-highest mark in the nation, and started a program-record six freshmen on defense for its final two games.

Syracuse posted the third-worst total offense mark in the FBS at 265.3 yards per game, and surrendered 463.9 yards per game on defense to rank 111 of the 127 FBS teams to play last season.

Both units were learning on the fly under first-year coordinators — Sterlin Gilbert on offense and Tony White on defense — after spring practice was halted at the onset of the COVID-19 pandemic and preseason training camp was conducted under strict safety protocol.

“It was that bad taste of 1-10 in my mouth (that brought me back),” Elmore said. “Just knowing that we can be so much better than that.”

*Nonconference game; All others are ACC opponents.

Home games at the Carrier Dome.