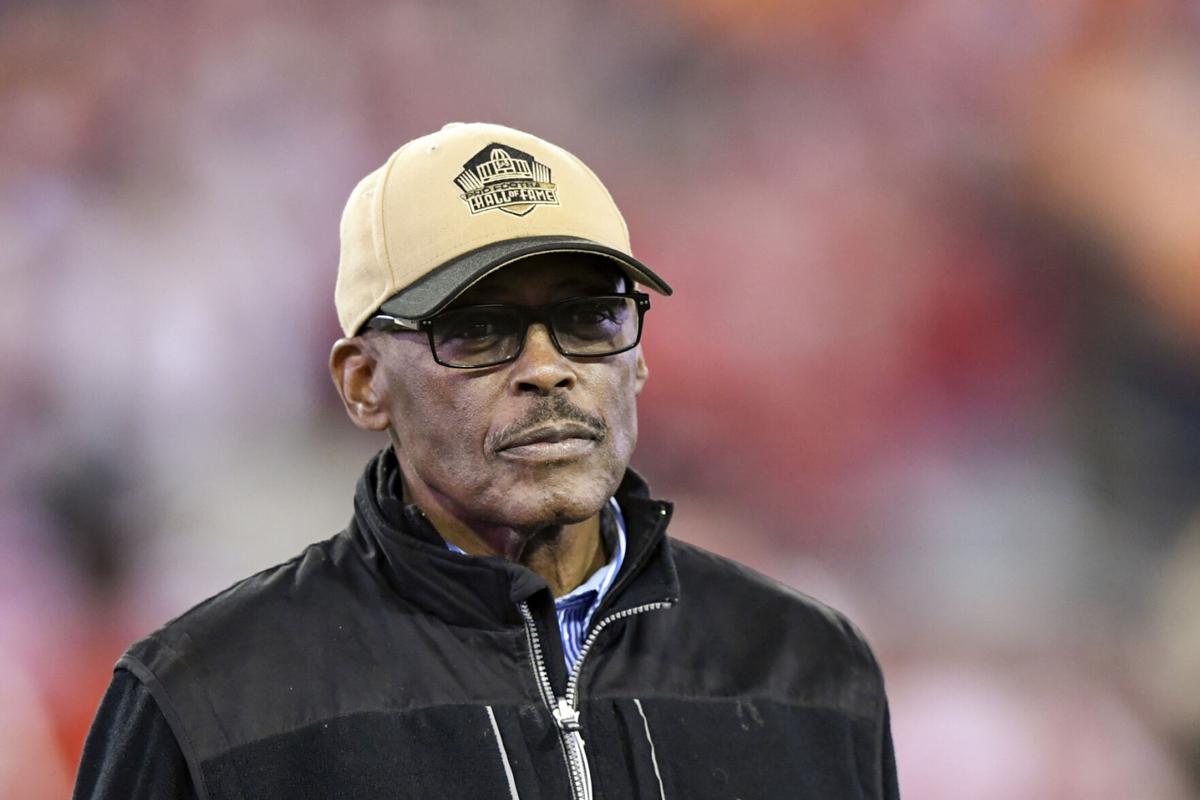 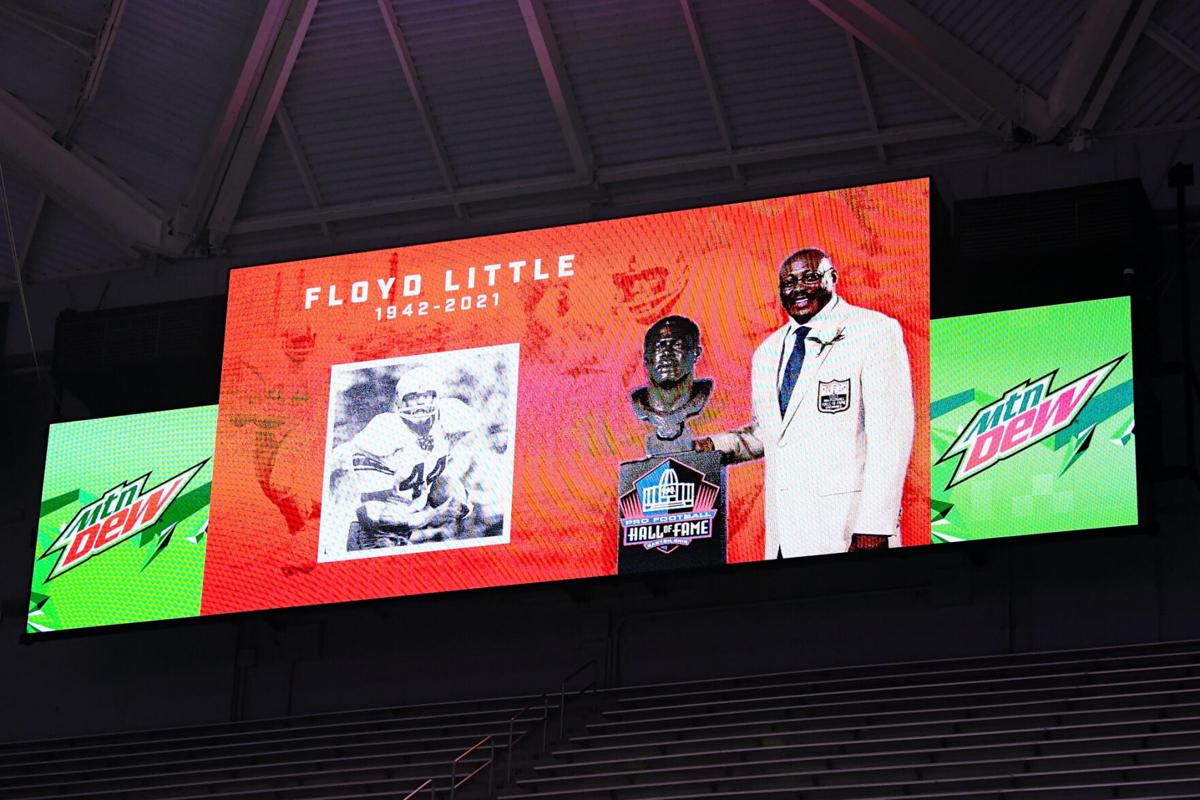 General view of the video board honoring former Syracuse Orange football great Floyd Little prior to the Jan. 6 men’s basketball game against the Pittsburgh Panthers at the Carrier Dome in Syracuse. Rich Barnes/USA TODAY Sports

General view of the video board honoring former Syracuse Orange football great Floyd Little prior to the Jan. 6 men’s basketball game against the Pittsburgh Panthers at the Carrier Dome in Syracuse. Rich Barnes/USA TODAY Sports

Syracuse University will host a memorial service for iconic football running back Floyd Little at 11 a.m. on Saturday at Hendricks Chapel in Syracuse.

Little — the Pro and College Football Hall of Fame rusher and former Orange legend — died on Jan. 1 at age 78 after battling a rare form of cell cancer.

The ceremony will be limited to a small gathering of family and invited guests but will be streamed live for the public at the SU athletics website, www.cuse.com. Little requested that the group gather one last time at the on-campus chapel that helped influence his life.

“This is a Homegoing Service for an amazing man,” a spokesperson for the Little family stated in the announcement by SU. “This is our collective opportunity to honor Floyd Little’s legacy of excellence, love and faith that he left for us all to remember and even to emulate.”

Little is one of three former SU players with a statue outside of the Ensley Athletic Center football practice facility, along with Jim Brown and Ernie Davis, all of whom wore the program’s heralded No. 44.

Little ran for 2,750 yards and 35 touchdowns for the Orange and also totaled 591 receiving yards and caught four passes for touchdowns in three straight All-American seasons from 1964-66.

He was then the No. 6 overall pick of the 1967 NFL Draft by the Denver Broncos and gained 8,741 scrimmage yards and 52 touchdowns in 117 career games.