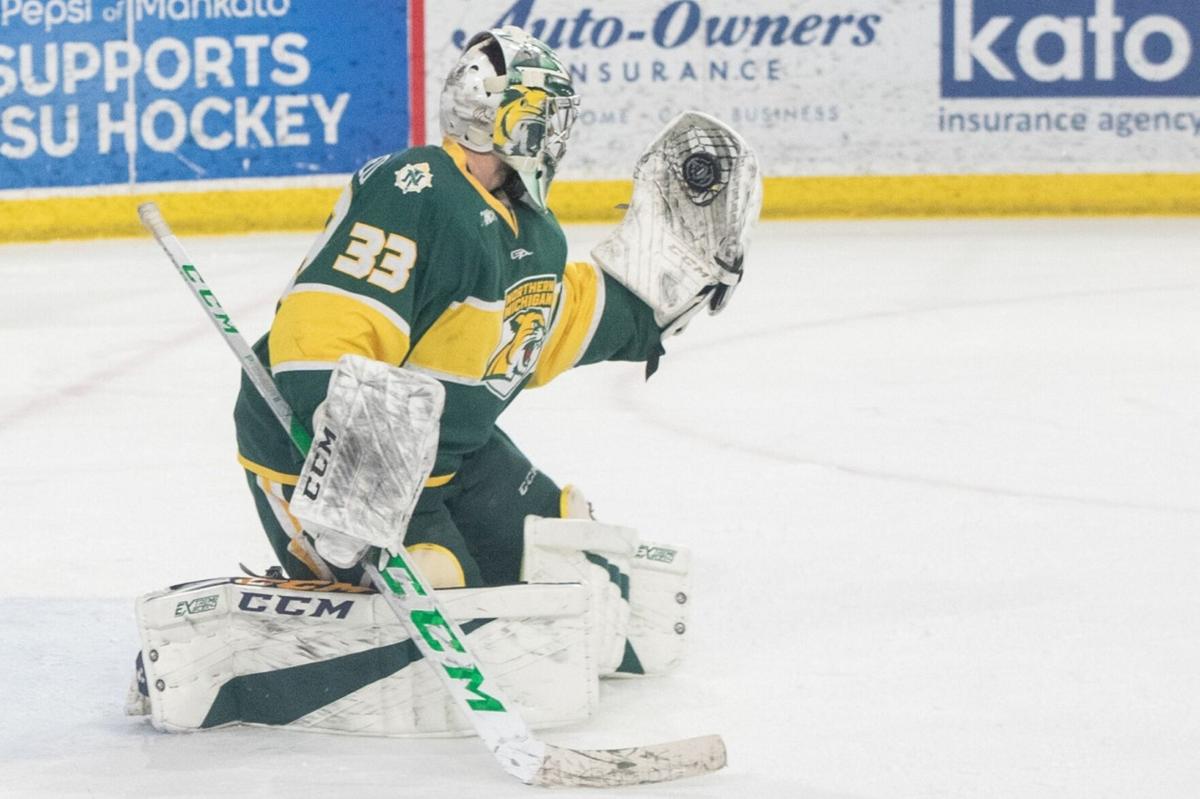 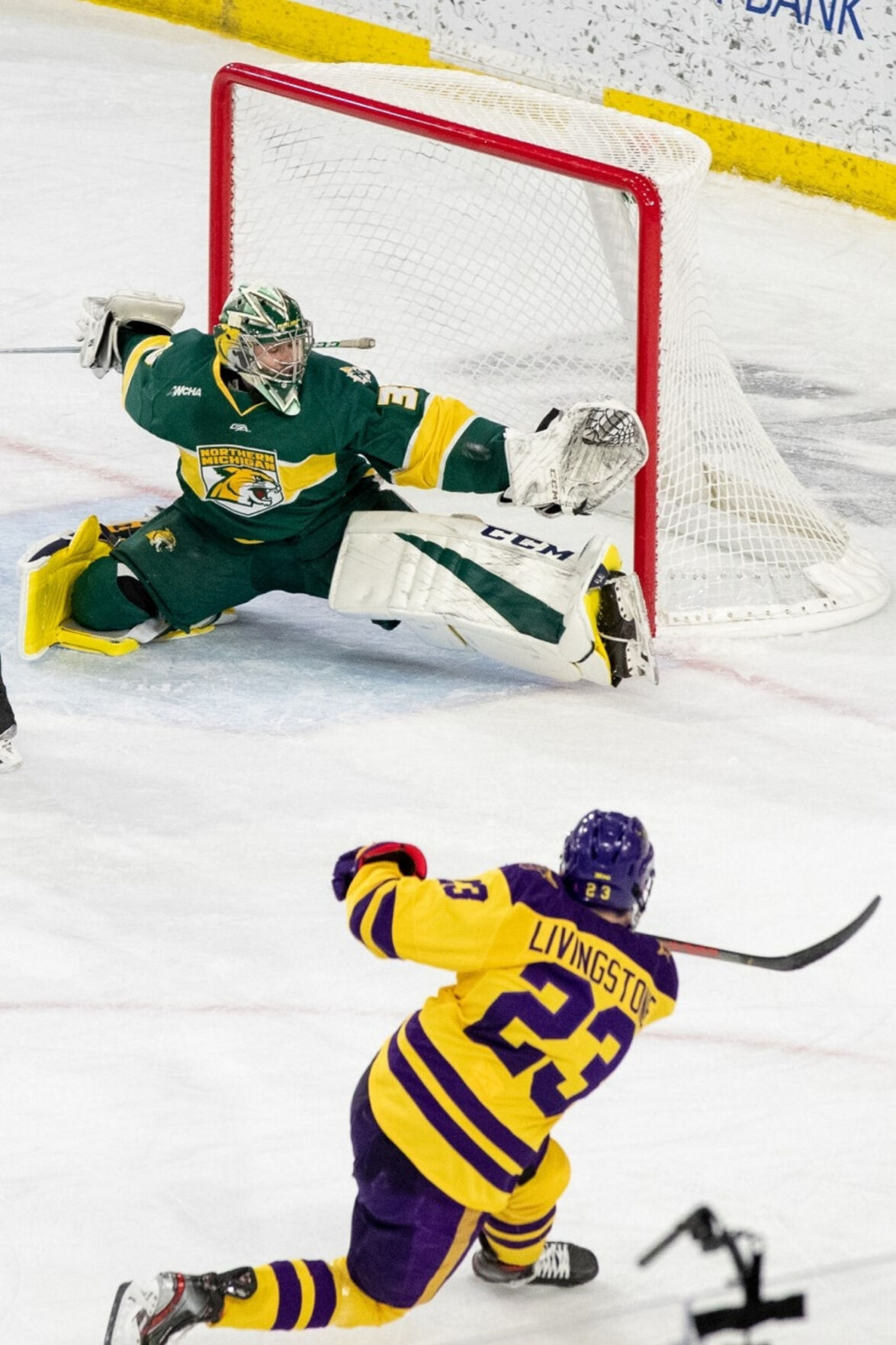 Brasher Falls’ Rico DiMatteo kicks away a shot during a Northern Michigan game against Minnesota State-Mankato last season. DiMatteo started his college hockey career almost a year early after another goalie on the team was injured. Northern Michigan photo 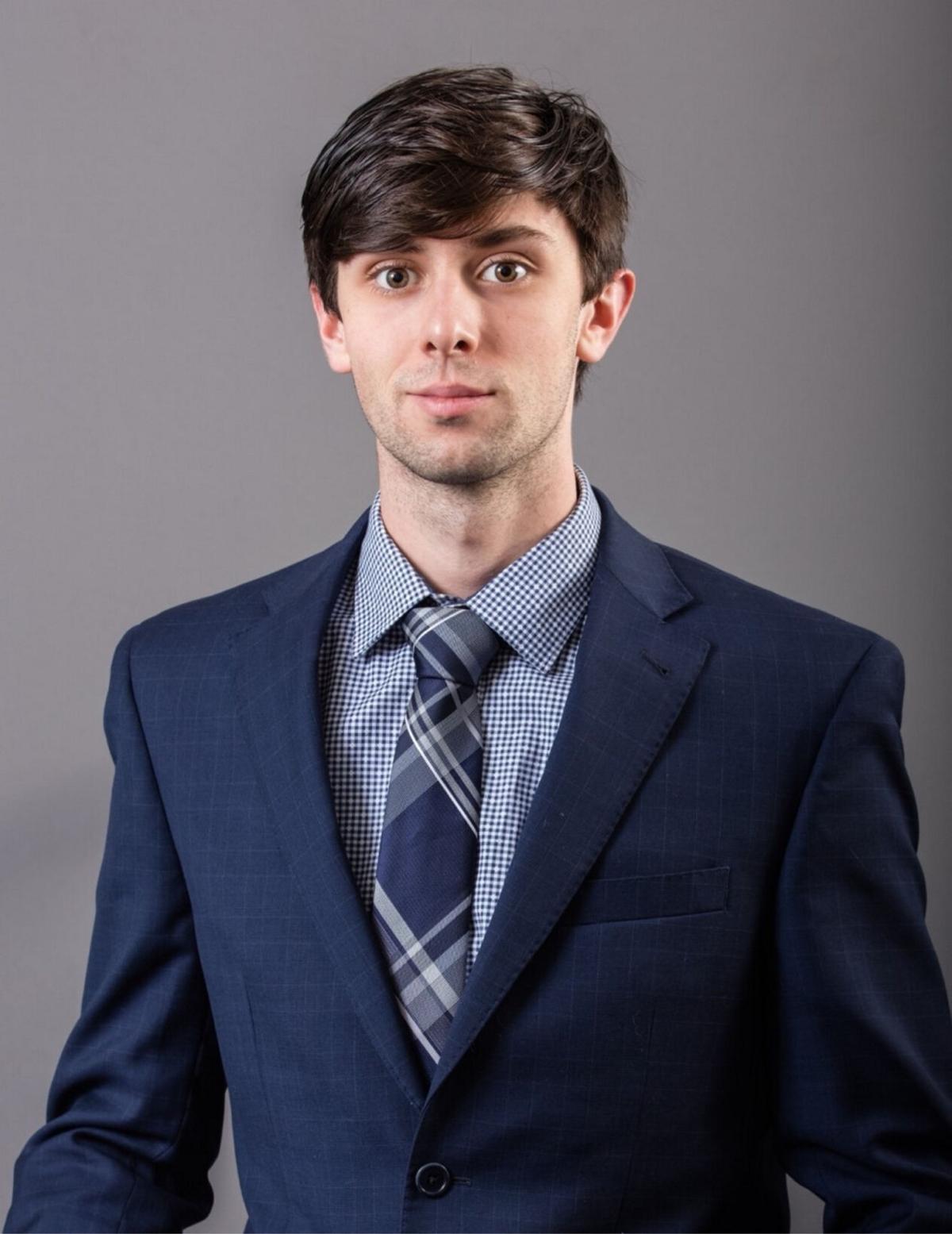 Brasher Falls’ Rico DiMatteo kicks away a shot during a Northern Michigan game against Minnesota State-Mankato last season. DiMatteo started his college hockey career almost a year early after another goalie on the team was injured. Northern Michigan photo

MARQUETTE, Mich. — While COVID-19 has uprooted the lives of many college athletes, for Brasher Falls native Rico DiMatteo it was a blessing.

DiMatteo, who had already committed to play for NCAA Division I program Northern Michigan, was playing for the Lone Star Brahmas in the North American Hockey League last year when Northern Michigan coach Grant Potulny gave him a call.

Wildcats starting goalie Nolan Kent had suffered a season-ending injury and Potulny offered DiMatteo a spot on the team, pointing out that with the extra year granted due to the pandemic it wouldn’t prevent him from having four more full seasons.

“It was almost a no-lose situation,” Potulny said. “He came in (midseason). That’s a hard thing to do, for any player. He essentially jumped two (levels). He did an unbelievable job over 10 days getting caught up to the speed. He watched the first weekend from the bench. The second weekend he went in on Saturday and he was phenomenal. We went on the road to (Bemidji State) and we swept them on the road. He dramatically changed the course of our season.”

He stopped 34 of 37 shots as the Wildcats won 4-3 in overtime and went on to finish with a 4-4-1 record with a 2.78 goals-against average and a .903 save percentage. His best game was a shutout of Bowling Green in a 0-0 decision that included not allowing any goals in the postgame shootout, which went six rounds and was won by Northern Michigan 1-0.

“For sure it was unexpected at the beginning and there were some initial jitters,” said DiMatteo, who played two seasons of high school hockey for St. Lawrence Central. “When I had time to myself to think about the one thing I wanted, it was to be one of the more confident guys. That was my goal. I knew no one on the team, had maybe a couple of mutual friends from the hockey world. I got an opportunity and I knew I would be thrown in right away. That was kind of the agreement. When coach (Potulny) called me it was a Monday. He said they wanted me there on Friday. I had four days to get a plane ticket and get up here and fill out all the paperwork. He said to be ready to play within the next couple weeks.”

DiMatteo, who is now preparing for his first full season, was supposed to make his initial appearance on the Northern Michigan campus around now. Now he is there and already has a job.

“Going into this year, it’s Rico’s net,” Potulny said. “He’s very calm. He’s got very good hockey sense. He’s a good skater. I really liked his size (6-foot-3, 161 pounds). He was always square to the puck. He made harder saves look routine. He’s about as level-headed as we have. The only emotion he ever showed was when we beat Bowling Green in the shootout. He’s got the best tool there is, and that’s between the ears. He has original thoughts and he’s mature. When you talk to him, he will process what you say and make adjustments according to what coaches think. I value his thoughts because they aren’t just off the cuff. He will think about it and get to you the next day. He’s a professional. He’s diligent about his craft, in the weight room early and after practice.”

For DiMatteo, Marquette, Mich., looks a bit familiar. It is a town of 21,000-plus people, which could fit right into the north country. The team wears green and gold, just like his favorite team as a kid, Clarkson.

“It’s kind of crazy the comparisons you can make between the two schools,” DiMatteo said. “The rinks look similar (aside from Northern Michigan having Olympic-size ice). They wear the same colors. Maybe that’s one reason I was drawn to this place.”

DiMatteo is a veteran, but the first time he will have ever seen a Northern Michigan home game, with fans, students and the school’s pep band, will be when the Wildcats host new Division I program St. Thomas on Oct. 8.

“I know I’m going to be familiar to the play and style of play and things like that,” DiMatteo said. “But college hockey brings out that whole other element of intensity and the crowd, a crowd can shift momentum just like that. It’s going to be an advantage for us to get our fans and our band back in the rink. Games against Michigan Tech, our rival, are similar to a Clarkson/SLU rivalry.”

One of DiMatteo’s former St. Lawrence Central teammates, Will Arquiett, will be a freshman forward at SLU this season. Another former Larrie teammate, Carter Rose, is expected to join Clarkson as a defenseman next year.

“I played with those two from the time I was a mite until my sophomore year of high school, when I left,” DiMatteo said. “It was just a group of guys that pushed each other every day. Little did we know how much better we were getting. We were just having so much fun and competing. We are all a very competitive bunch. That competitive spirit in practice was bringing us to a new level. Once we were able to step outside of the north country hockey realm we realized we could do something.”