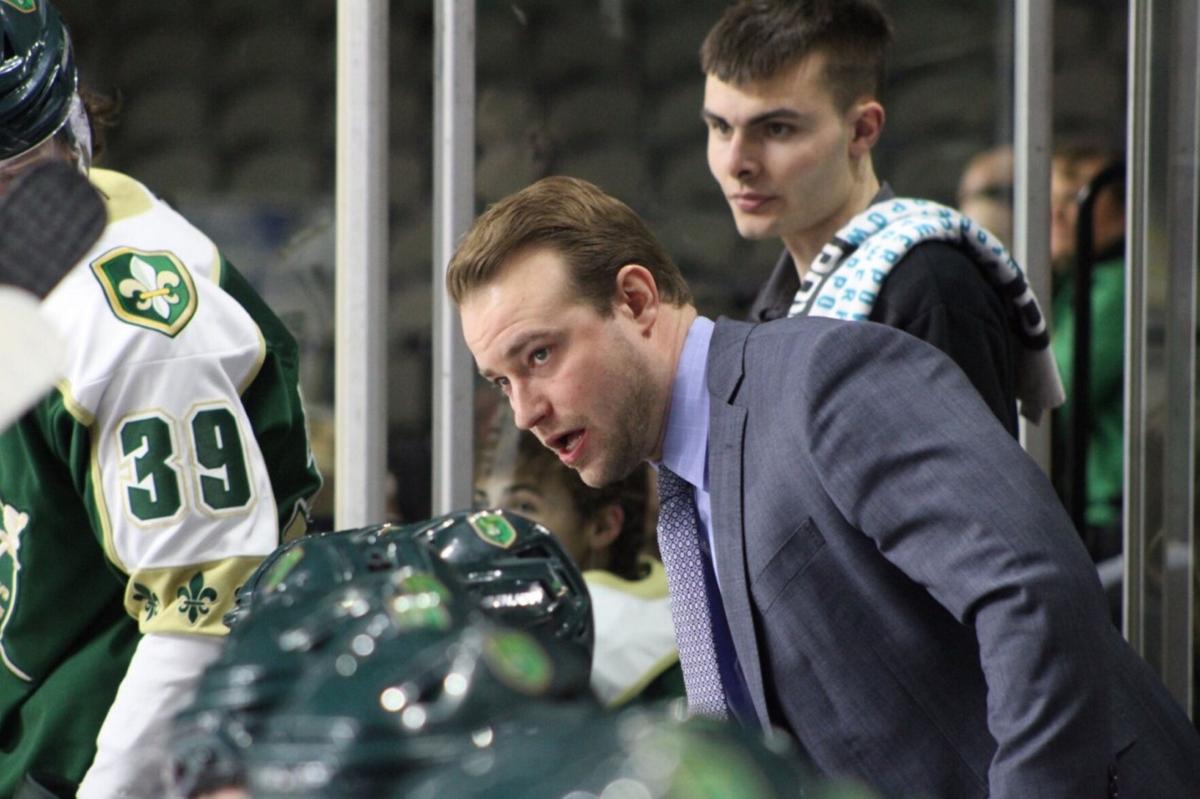 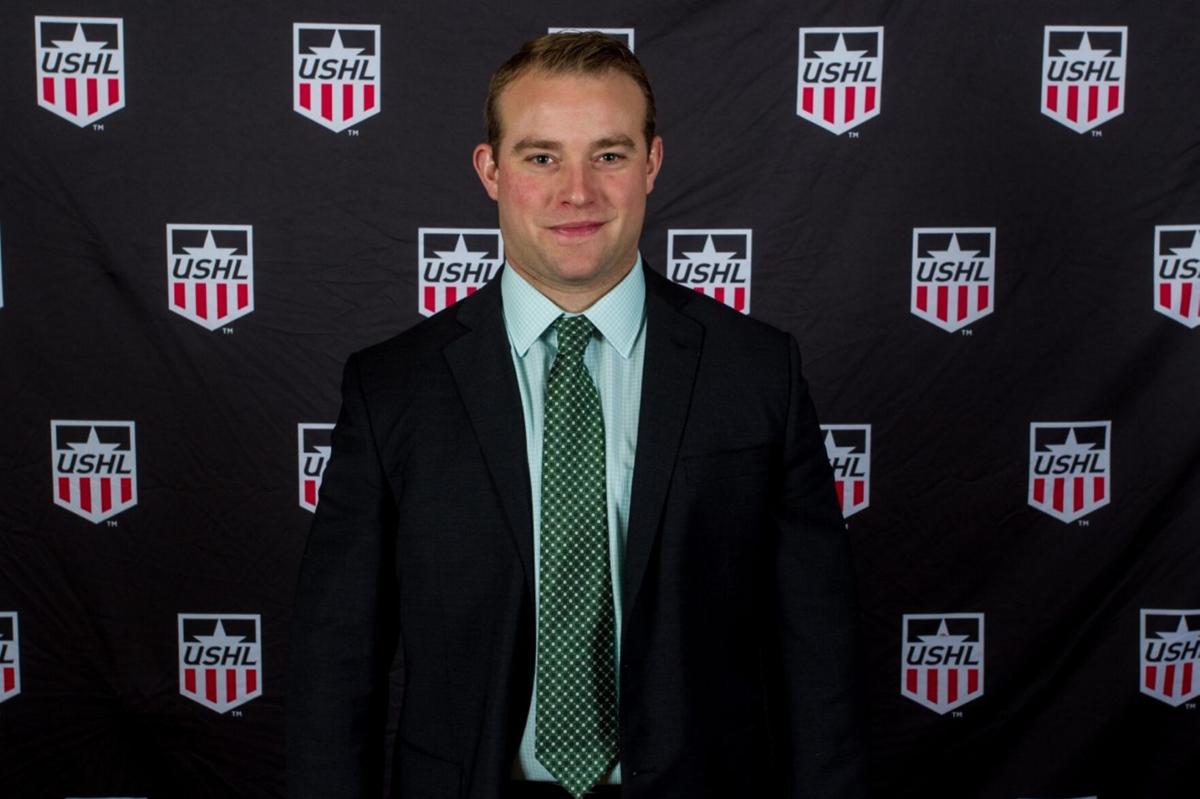 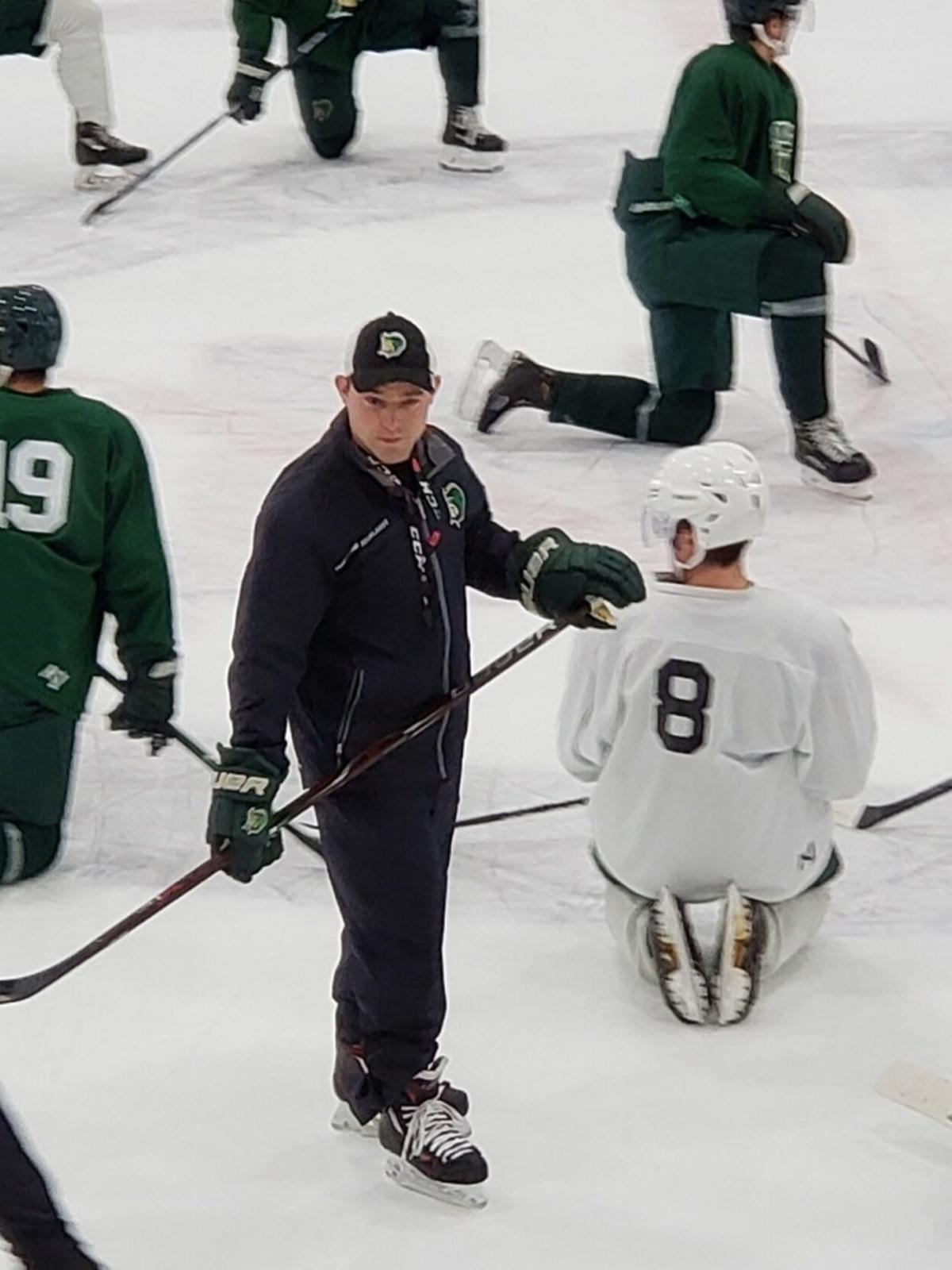 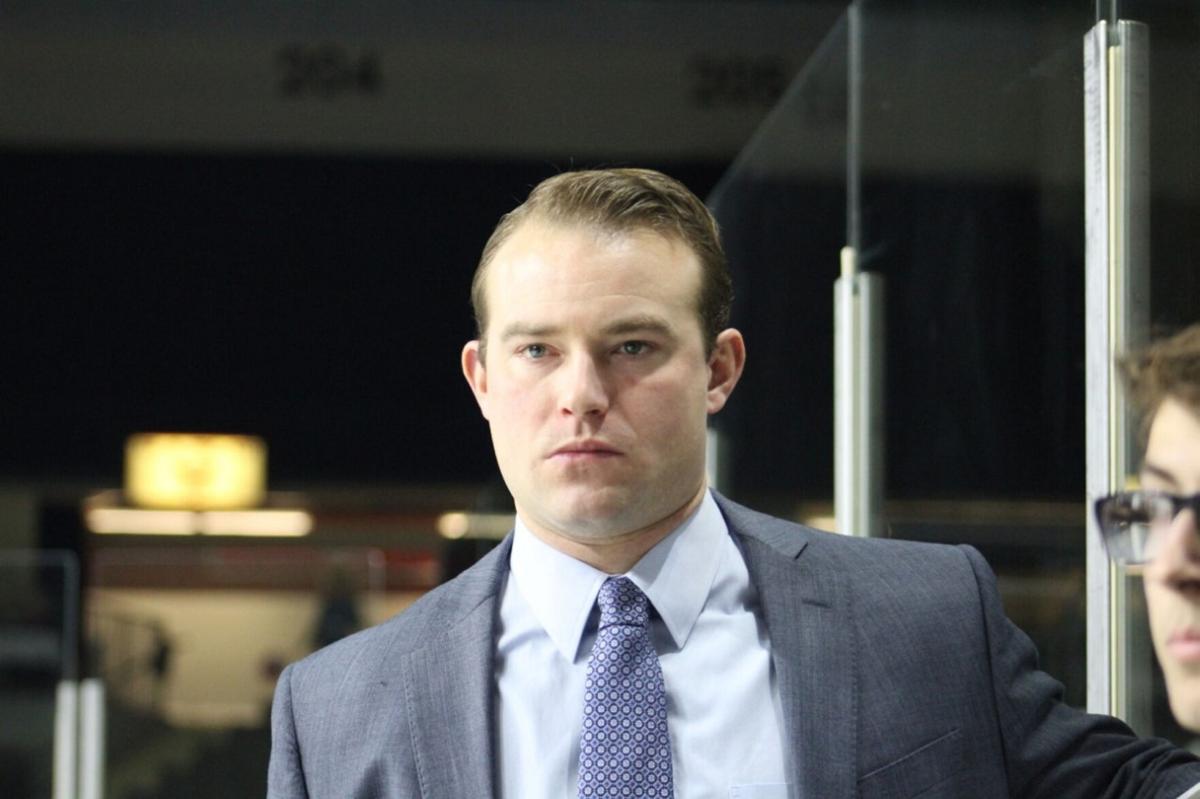 Durocher, who is 32, is one of 10 Canton natives to be either a head coach or an assistant coach with NCAA Division I or III men’s and women’s hockey teams.

“It’s really exciting,” Durocher said. “It’s been a long road to get to this point. I’ve had some good experiences along the way and I’m really excited to have the opportunity to get started.”

One of the stops for Durocher was a two-year stint at SLU, from 2015-17. He was a video coach for Greg Carvel in his final year with the Saints and then was the Director of Hockey Operations for Mark Morris in his first season. During his brief time at SLU he played a recruiting role in landing Zach Risteau for SLU.

Durocher, who played for SUNY Cortland, spent his first two years after college as a graduate assistant at Southern New Hampshire and then one year as an associate head coach in junior hockey with the New England Wolves.

He was about to head back for another year with the Wolves when Carvel gave him a call in 2014.

“My car was packed and Carvel called and asked if I wanted to stick around,” Durocher said. “It was awesome to be able to work with two local coaches who grew up in this area and having (former coach Joe Marsh) around, having an opportunity to work with (assistant coach Mike Hurlbut). That was the first year where I felt like I really wanted do take (coaching) as far as I could, just working with those guys. I learned a lot about hockey in those two years. I don’t know if I’d be here if I didn’t do that.”

Durocher is the son of SLU athletic director Bob Durocher, who was a longtime coach for the Saints men’s soccer team and won a Division III national championship in 1999. Growing up with a successful coach not only steered Durocher into the profession himself, but also gave him a great example.

“I saw him, day to day, what the process was, seeing it as more of a lifestyle than a job for him,” Durocher said of his dad. “I knew the commitment to it was huge. The biggest thing was the impact he had on kids and the athletes and their lives. The fact he was able to win some games, too, was obviously cool. As I got older the biggest thing was his relationships and mentorship he had for a lot of his players.”

It’s obvious Durocher has a lot of his father’s coaching style. The first thing he did when Robert Morris hired him was call every returning player, as well as all the recruits coming this year and down the road, and spent 15 to 20 minutes on the phone getting to know them a bit as people. He said hockey was not discussed.

“I’ve been more of a player’s coach because I’ve been the younger guy on a staff,” Durocher said. “I’ve tried to have an open dialogue with the guys. That was part of my discussion with the leadership committee at Robert Morris. Coaching is so different now you have to have good communication with the kids. They always want to know why (you are doing something), so you better have an answer.

“The thing for me is building trust with the guys. They listen to you once they trust you. That’s kind of been my model. I want to know about them, how their experiences have been at Robert Morris so far, what we can do to serve them from our end, what I can do from a personal aspect to help them. Once you build the trust you can come down on them a little bit, because they know how much you care.”

Durocher, who also spent a year as a video coach in the American Hockey League with the Binghamton Devils and two years as an assistant in the USHL with the Sioux City Musketeers, is joining a Robert Morris team that has been successful.

The Colonials, coached by Derek Schooley for the past 16 years, won the Atlantic Hockey regular-season title in 2015 and 2016 and made the NCAA Tournament in 2014.

“There is no excuse that you can’t go in there and do a good job,” Durocher said. “They’ve won before. It’s not like it’s a team that been at the bottom and there are question marks. Being in the city of Pittsburgh was another good sales point, having the Penguins and Sidney Crosby there. It’s a really big sports city with the Pirates and the Steelers.”