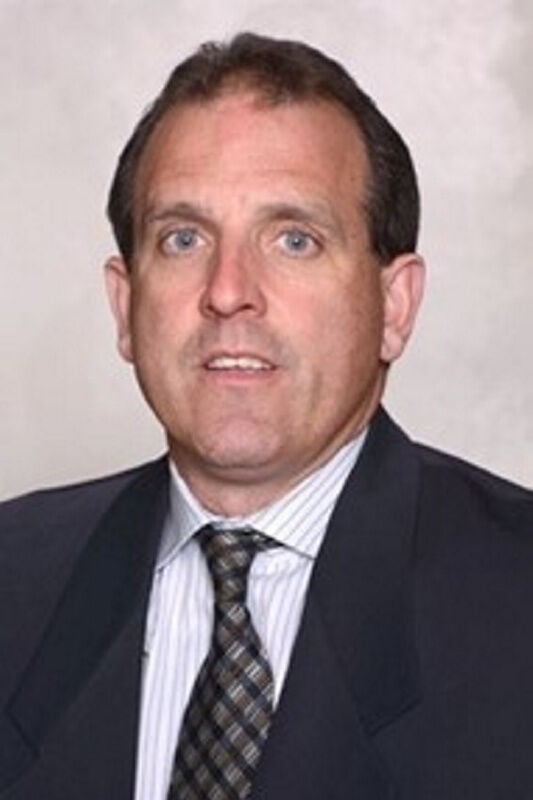 The first Clarkson University men’s hockey game in 267 days ended with a 2-1 victory over Colgate in a nonconference game Sunday at the Class of 1965 Arena.

Clarkson scored two goals just 2 minutes, 2 seconds part in the second period and then held off a Colgate surge in the third period to win the opening game of the program’s 99th season.

“I thought it was kind of a weird game,” Clarkson coach Casey Jones said. “It took a while to get our legs under us and get a good feel for the game. We had a chance to extend the lead and hit some pipes. I didn’t like the way we finished the game.”

Clarkson played with six freshmen in the lineup and some were in key roles late.

“We were comfortable with them,” Jones said. “We have a lot of confidence in them.”

Clarkson’s first goal came from Anthony Callin at 8:56 of the second period. Callin had his back to the goal but redirected a shot from defenseman Brian Hurley past Raiders goalie Andrew Farrier. Freshman Luke Mobley gained his first college point with the second assist.

Anthony Romano gave Clarkson a 2-0 lead at 11:02 when he one-timed a cross-ice pass from Zach Tsekos.

It had been eight months since Clarkson last played but it only took 11 seconds for Sunday’s game to take a familiar hockey turn as a tussle broke out in front of Clarkson’s net after Golden Knights goalie Kris Oldham stopped a shot from Paul McAvoy only to find Colgate’s Tyler Jeason right in front of his face, leading to a lot of pushing and shoving.

Oldham, who has been with the program for the last two seasons, made his first start for Clarkson and his first overall start since Jan. 16, 2018, when he was playing for Nebraska-Omaha.

Oldham finished with 23 saves to earn his first victory at Clarkson.

The Raiders started quickly, taking the first three shots of the game.

Clarkson’s offense woke up after Colgate’s Amaud Vachon was called for an elbow at 6:35 of the opening period. Callin tipped a shot from Connor McCarthy for Clarkson’s first shot on goal of the season at 6:41.

Freshman Alex Campbell nearly scored two goals on wrap-arounds in the first period and after another Colgate penalty, this one to Brandon Pierson for hooking at 12:44, Clarkson attempted five shots on the second power play and wound up taking 16 of the final 19 shots of the period.

Colgate controlled the shot count after the opening period, outshooting the Golden Knights 18-9 in the final two periods, with an 11-4 margin in the third.

Freshman Alex Young deked Oldham near the top of the crease and scored his first career goal. The goal from the San Jose Sharks draft pick was reviewed on video to see if the Raiders were offsides before it was official.

Colgate pressured Clarkson for much of the third period, outshooting the Golden Knights 6-2 in the first seven minutes of the period.

The Raiders got a chance to tie the game when Clarkson’s Michael Underwood took the only penalty of the game for the Golden Knights with a tripping call at 7:57. The Raiders produced three scoring chances during the power play but could not get anything past Oldham and Colgate’s last opportunity ended when Campbell cleared a loose puck in the crease.

Clarkson was outshot in the third period but the Golden Knights sustained enough offensive pressure late in the third period that Colgate was unable to pull backup goalie Carter Gylander for an extra attacker until there 61 seconds remained in the game.

The Golden Knights played without returning leading scorer Josh Dunne who was injured and is considered day-to-day as far as a return. Clarkson is 6-0-1 in their last seven games against Colgate.

Clayton native Maddy Coene, a freshman with the Providence women’s hockey team, scored her first career goal Sunday in a 1-1 tie against Connecticut.

Coene scored the opening goal 11:51 into the first period for the Friars, who are 1-0-1 so far this season.