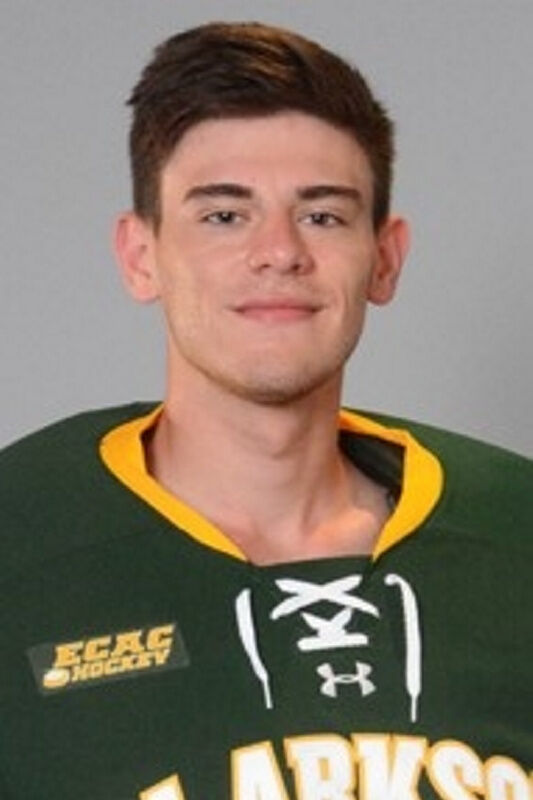 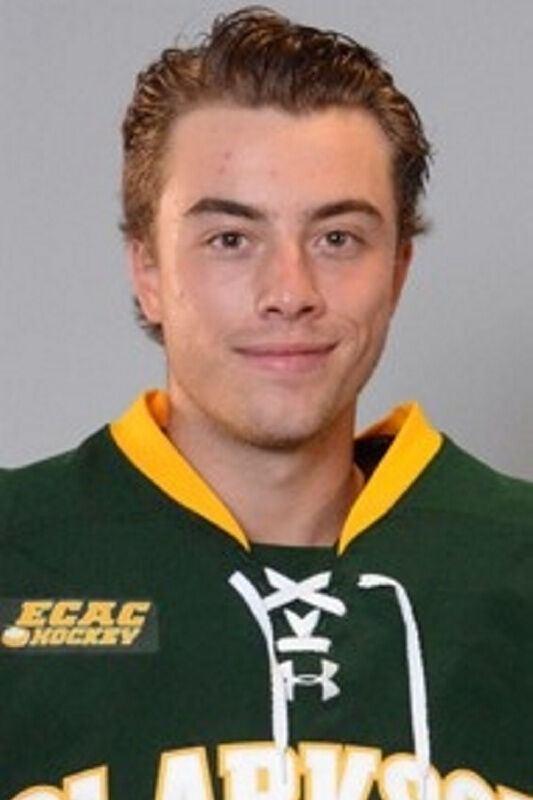 HAMILTON — The Clarkson University men’s hockey team rang in the New Year with a 4-1 victory over Colgate on Friday night in the ECAC Hockey season opener for both teams at Class of 1965 Arena.

Senior forwards Jack Jacome and Zach Tsekos led the way for the Golden Knights as each had a hand in three of the goals, with each contributing a goal and two assists. Tsekos scored a power-play goal, as did senior defenseman Connor McCarthy.

Freshman goalie Ethan Haider made 38 saves to record the win for No. 10-ranked Clarkson, which improved to 6-3 on the season.

“It’s a pretty good combination when you win the special-teams battle and your goalie plays well,” Clarkson coach Casey Jones said. “So, overall I thought we did well even though the start of the game was late, we were at the rink for probably five hours before our game. It just made for a long, long day.”

The start of the game, which was originally scheduled to begin at 5 p.m., was delayed nearly two hours because of mechanical issues with the Zamboni at Colgate.

In a battle of freshman goalies, Haider stopped all 16 shots faced in the third period for the Golden Knights.

“He was great, he made a nice back-door save on (a Colgate) power play, he made a nice save by coming across laterally there,” Jones said of Haider. “He just made one mistake tonight. I thought he swallowed pucks up and didn’t give a lot of rebounds up, so that’s where he was really good tonight.”

Clarkson opened the scoring on Jacome’s goal with 6:21 remaining in the first period, with Anthony Callin and Alex Campbell assisting.

McCarthy and Tsekos each followed with a power-play goal in the second period for the Golden Knights.

After McCarthy’s goal 7:10 into the period, with Tsekos and Jacome assisting, gave the Golden Knights a 2-0 advantage, Alex Young scored an unassisted goal 3:51 later to pull the Raiders within a goal.

Tsekos then struck while on the man advantage, scoring with two seconds left in the period, with Jacome and McCarthy assisting for a 3-1 lead.

Nick Campoli, a junior, added a goal with 6:06 left in regulation for Clarkson, with Jacome assisting.

“We made some big plays for a couple goals, I thought Nick Campoli had maybe the best game of his entire career tonight,” Jones said. “He’s getting physical, he’s hard on pucks, he has great poise with the puck with patience ... it’s been a nice progression for him.”

Clarkson also successfully fended off all five Colgate power plays on the night.

“I thought our penalty kill was great,” Jones said.

Carter Gylander finished with 21 saves for Colgate (1-2-1, 0-1). Both goalies were drafted in the 2019 NHL draft as Haider was selected by the Nashville Predators in the fifth round and Gylander was drafted by the Detroit Red Wings in the seventh round.

This was the first of six ECAC Hockey games between Clarkson and Colgate this season and the third overall, with each team winning a nonconference game against one another.

The Raiders edged the Golden Knights, 5-4 in overtime, in the previous meeting Dec. 23.

ECAC Hockey play was delayed to January after precautions taken because of the COVID-19 pandemic led to the postponement of league games.

Clarkson will host Colgate at 4 p.m. Sunday at Cheel Arena before playing a three-game series at Quinnipiac next Friday through Sunday.

“It was good, it just feels good to get a league game in,” Jones said. “It feels real and we’ve been working hard. It’s going to be a long night getting home, but we’ll get rested up and are looking forward to playing our home opener in the league on Sunday.”