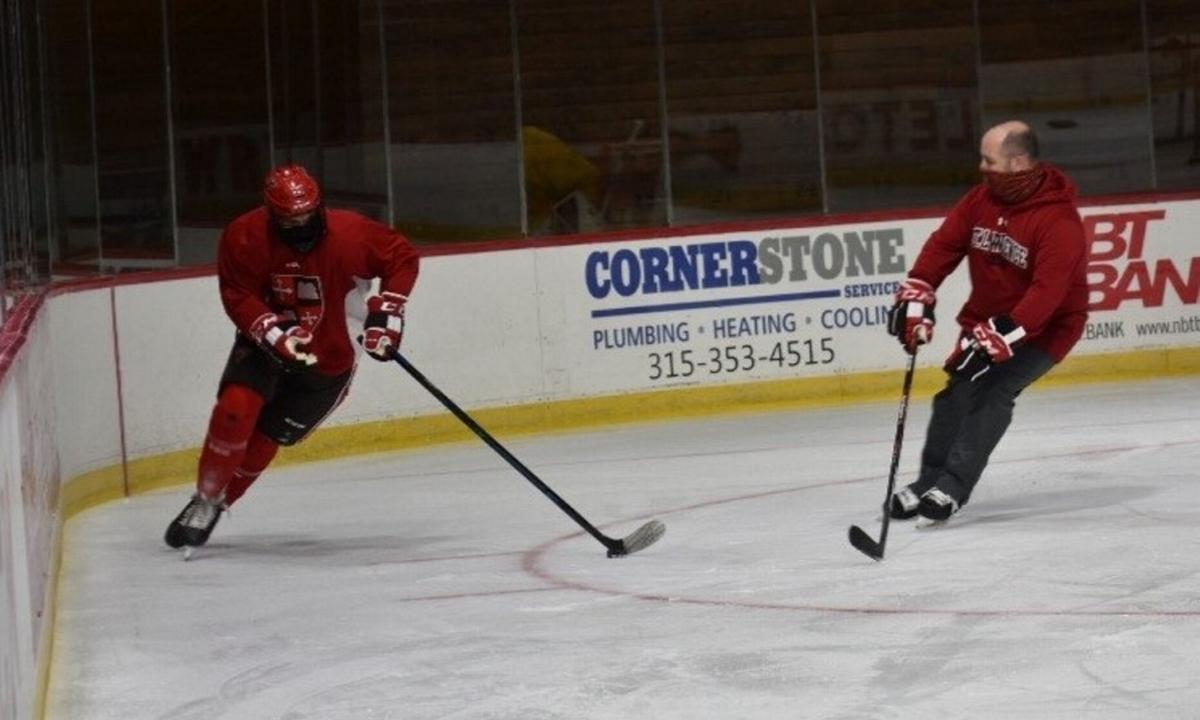 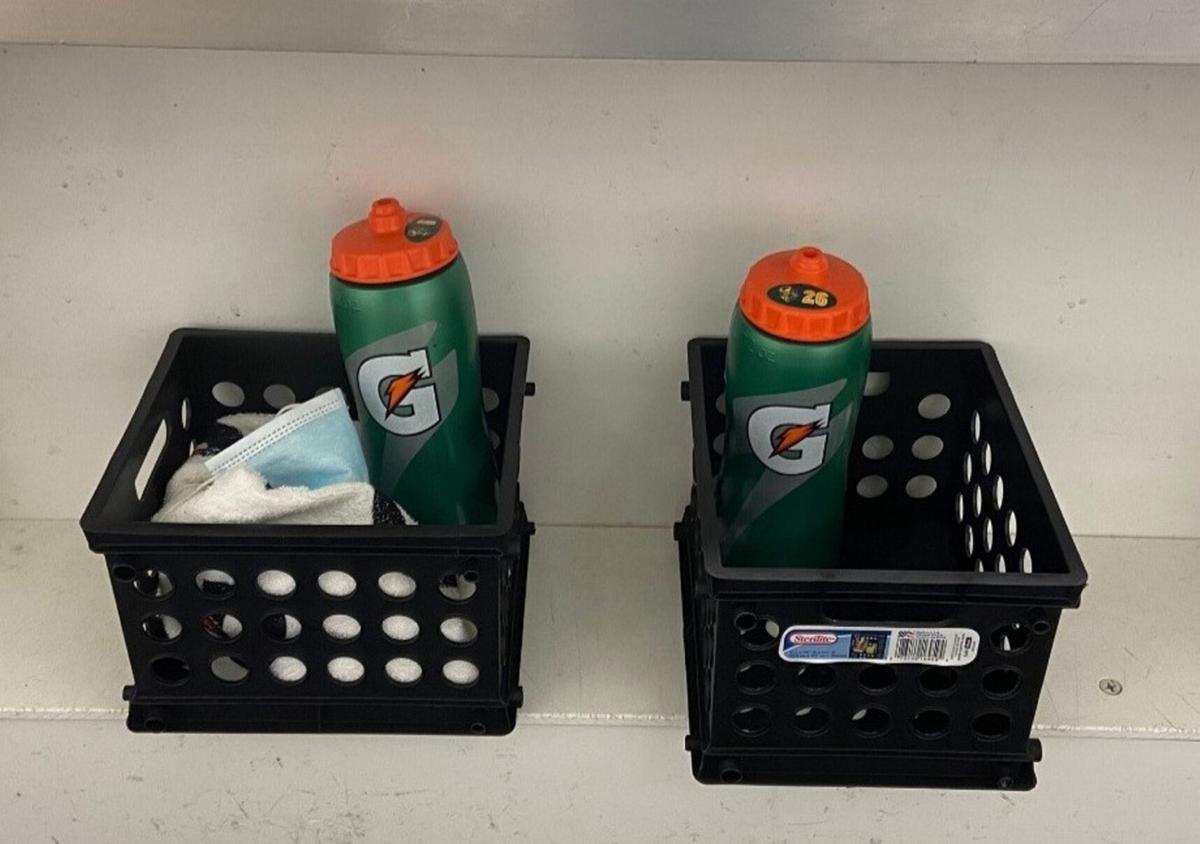 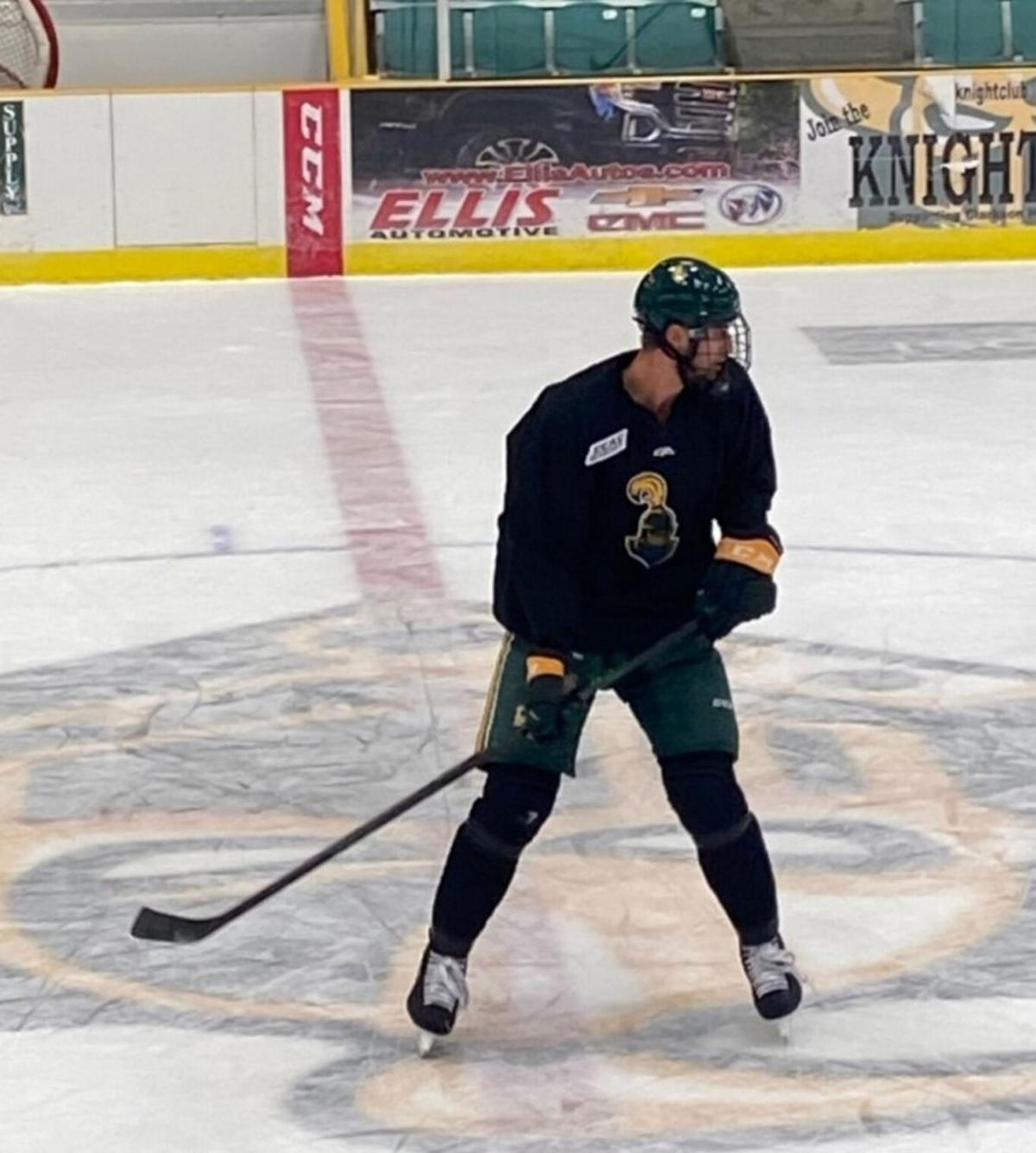 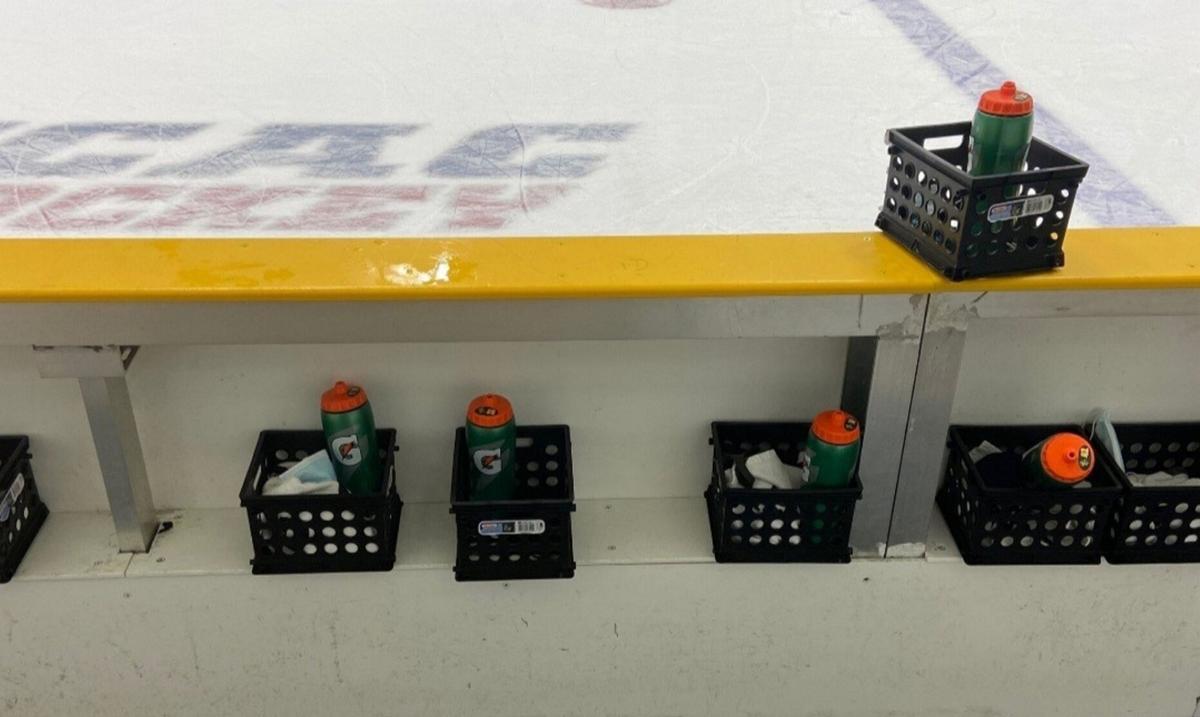 The future of the 2020-21 NCAA Division I college hockey season depends on many factors outside the control of coaches and players at both Clarkson and St. Lawrence University.

Currently, three of the four NCAA Division I area teams are conducting practices in small groups, hoping to play some games as early as late November. The only holdout is the St. Lawrence University women’s team, which will not return to school until the second semester.

But in order for full practices to begin, and games eventually to be played, both schools need to keep their overall COVID-19 case numbers down. The future of hockey this season depends also on the campus community using common sense and avoiding large gatherings. Each school also has to hope that other universities with Division I programs are equally vigilant.

“You can’t fight it,” Clarkson men’s coach Casey Jones said. “We are following the phases and staying the course with good social decisions here.”

Jones can’t control what everyone on campus does, but he does have faith in his own players to make smart choices.

“We always talk about committing yourself to something bigger than yourself,” Jones said. “This is bigger than each one of us. We have to be part of the solution. We talk about that as a big part of Clarkson culture.”

Said SLU men’s coach Brent Brekke, “I think (SLU’s team) has handled it well. There has been a lot of patience that has to be shown. They were hoping to get started immediately and be together as a team. A lot of that has been put on hold. They’ve had to stay in smaller groups and can’t get together as one whole team. We still have Zoom meetings. As coaches you also want to do more, but you can’t.”

Both schools have taken steps to try to contain any COVID-19 outbreaks. Each has already sent some students home for online study because of failure to follow social gathering rules and each school has limited visitors on campus.

“I think it’s been outstanding,” Brekke said of SLU’s approach. “There are so many question marks going into (a school year). Everybody had their own thoughts about if it will work, or not work. I think the university did a phenomenal job. It’s just not testing and track, it’s what they put in place. If you are on campus walking around, you have to put a mask on.”

Both of Clarkson’s teams and SLU’s men have begun to practice in groups limited to 10 people, which includes a coach. The groups must stay consistent until the full team is allowed to be on the ice together.

“A lot of the guys haven’t skated much (in the offseason),” Jones said. “It’s not like they are coming in where they have been working with skill coaches in the summer. We aren’t doing anything in depth, just some skill development and making sure we are ready. We haven’t even done any contact. They are playing some shinny, and all that but we aren’t doing any scrimmaging.”

The uniqueness of the current class schedules also created issues with forming the small groups for practices. At SLU, some classes are on Zoom, some are recorded on video, some are in actual classrooms and some are hybrid, with students going to a live class on certain days and a Zoom class on other days.

“We’re doing a lot of different skill stuff, trying to knock the rust off,” Brekke said. “Some guys had better ability to get on the ice or in weight rooms (over the summer). Everybody seems to be on a different plain with their fitness level.”

Both coaches and players would rather have a full team practice, like in a normal preseason situation, but Brekke, who is trying to build back a program that has struggled in recent years, sees some positives in the current format.

“I don’t mind it,” Brekke said. “It allows for a lot of individual attention for skill development. Our skates are only 30 minutes long, but with seven people out there, there is a lot of puck touching and a lot of reps. You get to know the young guys a little bit more.”

When full practices begin, and actual games as well, that will be determined by how every school contains their COVID-19 situation. ECAC Hockey games won’t begin until January, because at least eight of the 12 schools have already announced they will have no sports until 2021.

The original nonconference schedules already have been tossed out due to travel restrictions. If Clarkson or SLU play any nonconference games before the new year, they will likely be against teams in New York state, but the good news for them is there are 11 schools in the state that compete at the NCAA Division I level, including newcomer Long Island.

Brekke said traditional road trips, which include an overnight stay, probably won’t happen in the future.

Clayton native Mia Coene, a forward, has decided to delay her NCAA Division I women’s ice hockey career by one season due to COVID-19 circumstances.

Coene was one of five area women who were joining Division I teams this season and is planning to attend Princeton.

Princeton announced in the summer that, along with the rest of Ivy League institutions, they would not play any sports until at least Jan. 1, 2021.

Coene opted to take a gap year playing for the Selects Academy in Rochester, and will join the Tigers as a freshman next fall.

Her twin sister, Maddy, will still attend Providence this year and the other former players from the St. Lawrence Shiver girls travel team are also currently enrolled in schools.

Potsdam’s Gabi Jones is going to attend SLU, but will join the rest of the women’s team in starting in the second semester. Massena native Claire Tyo is joining Maddy Coene at Providence and Ogdensburg’s Rose Jeneault is at Brown.