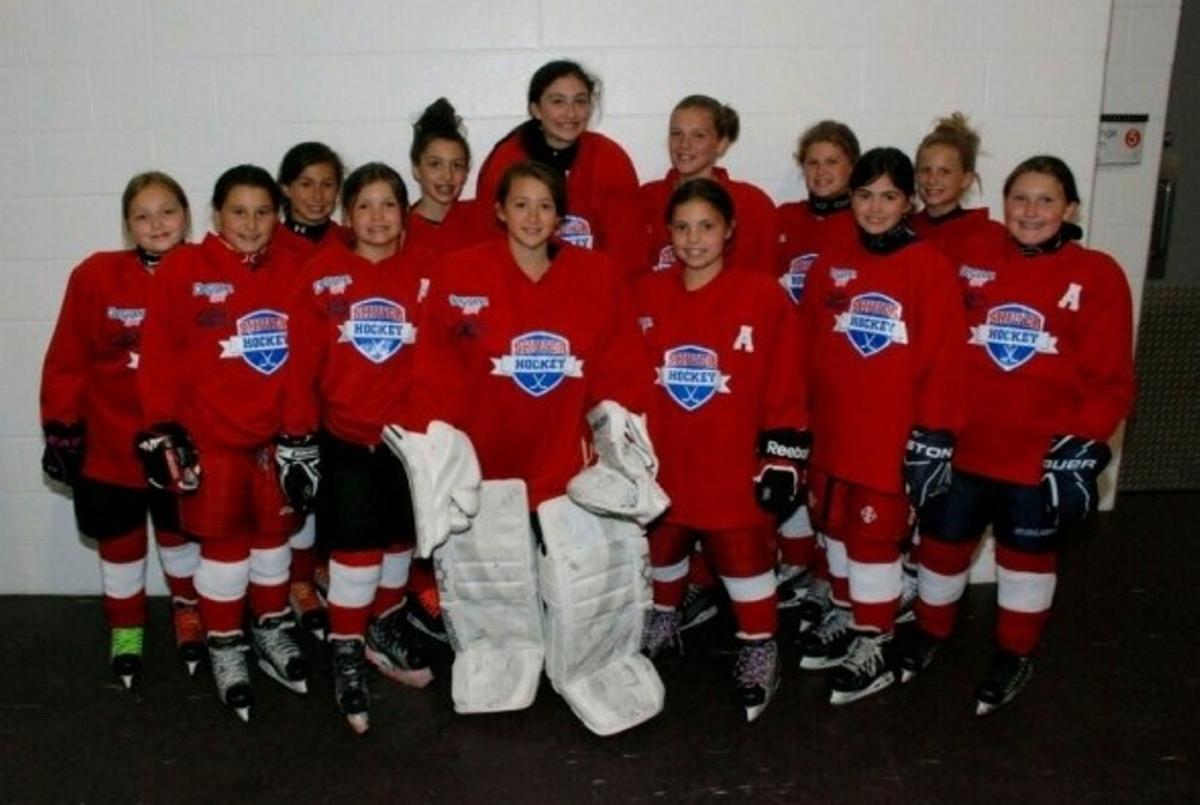 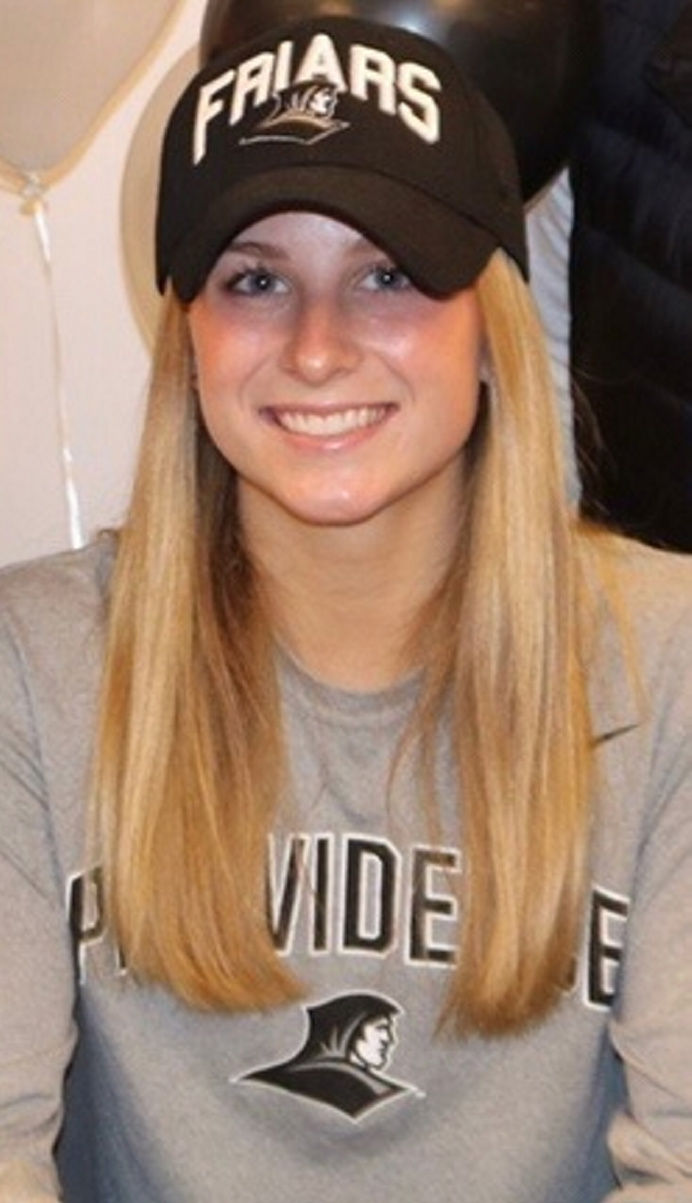 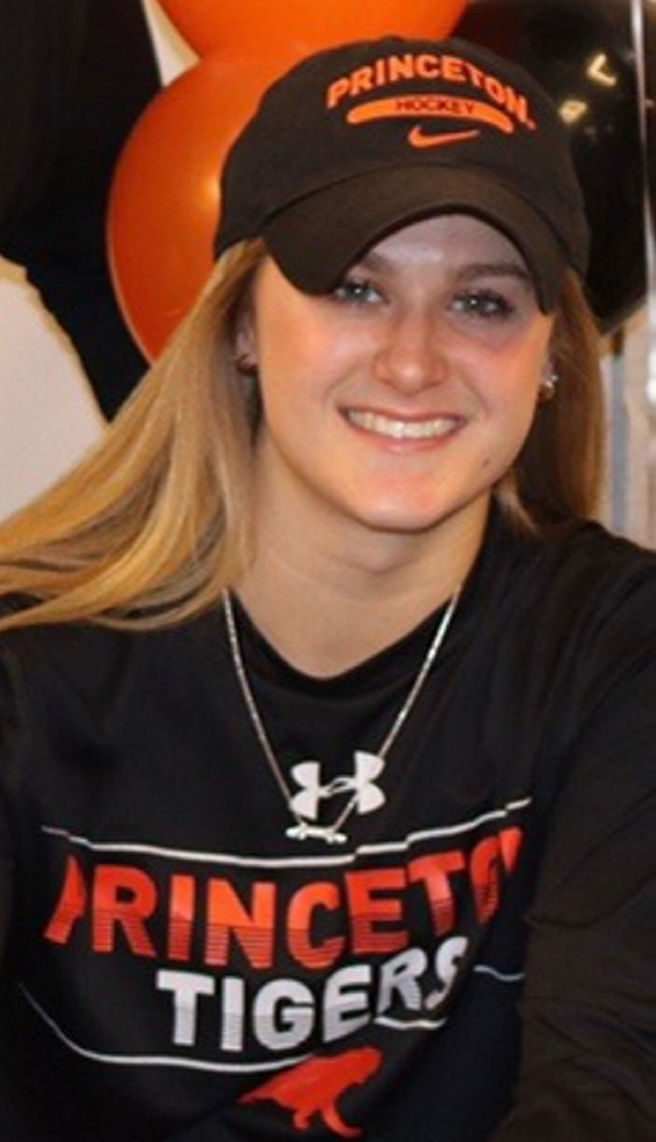 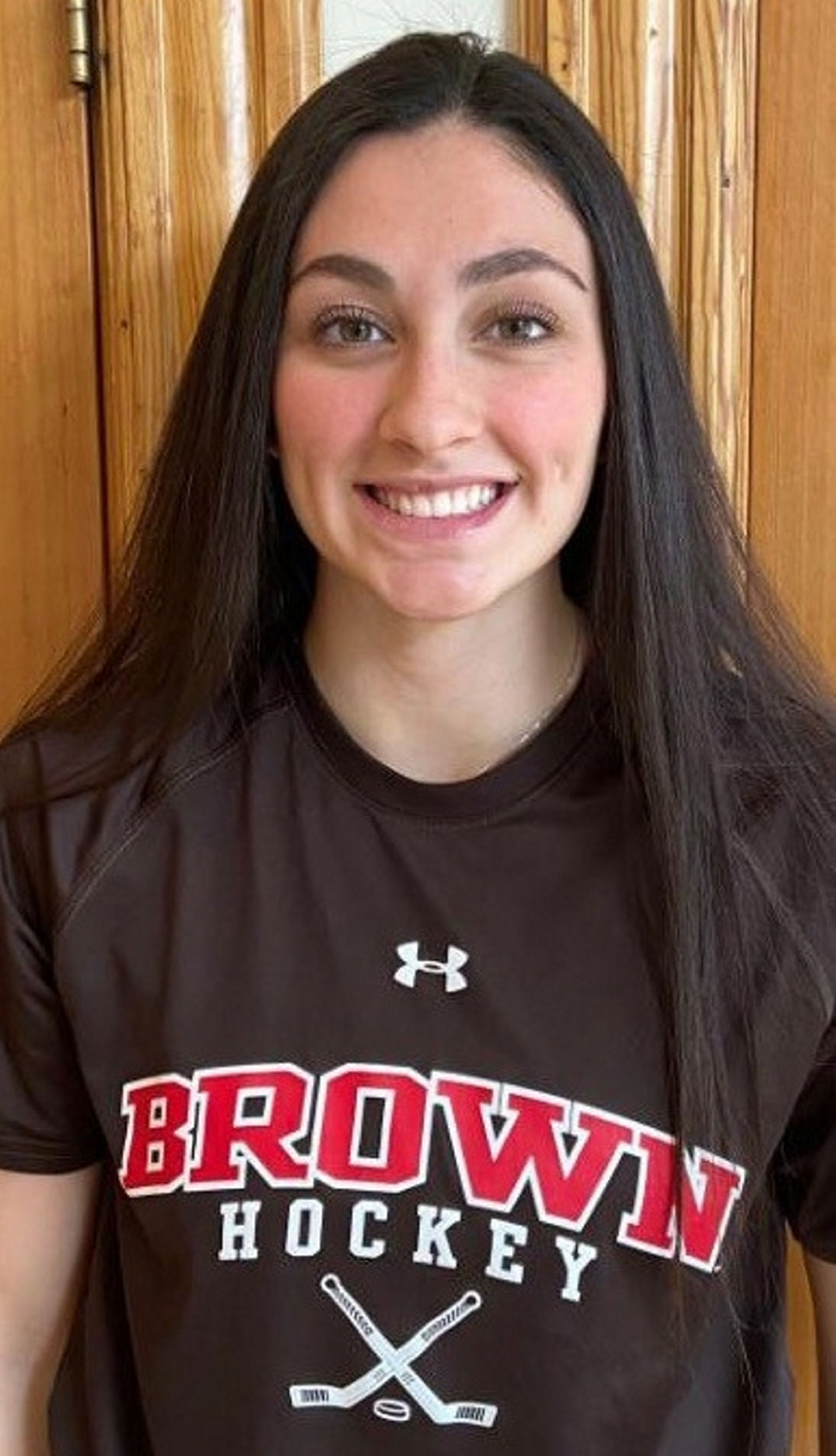 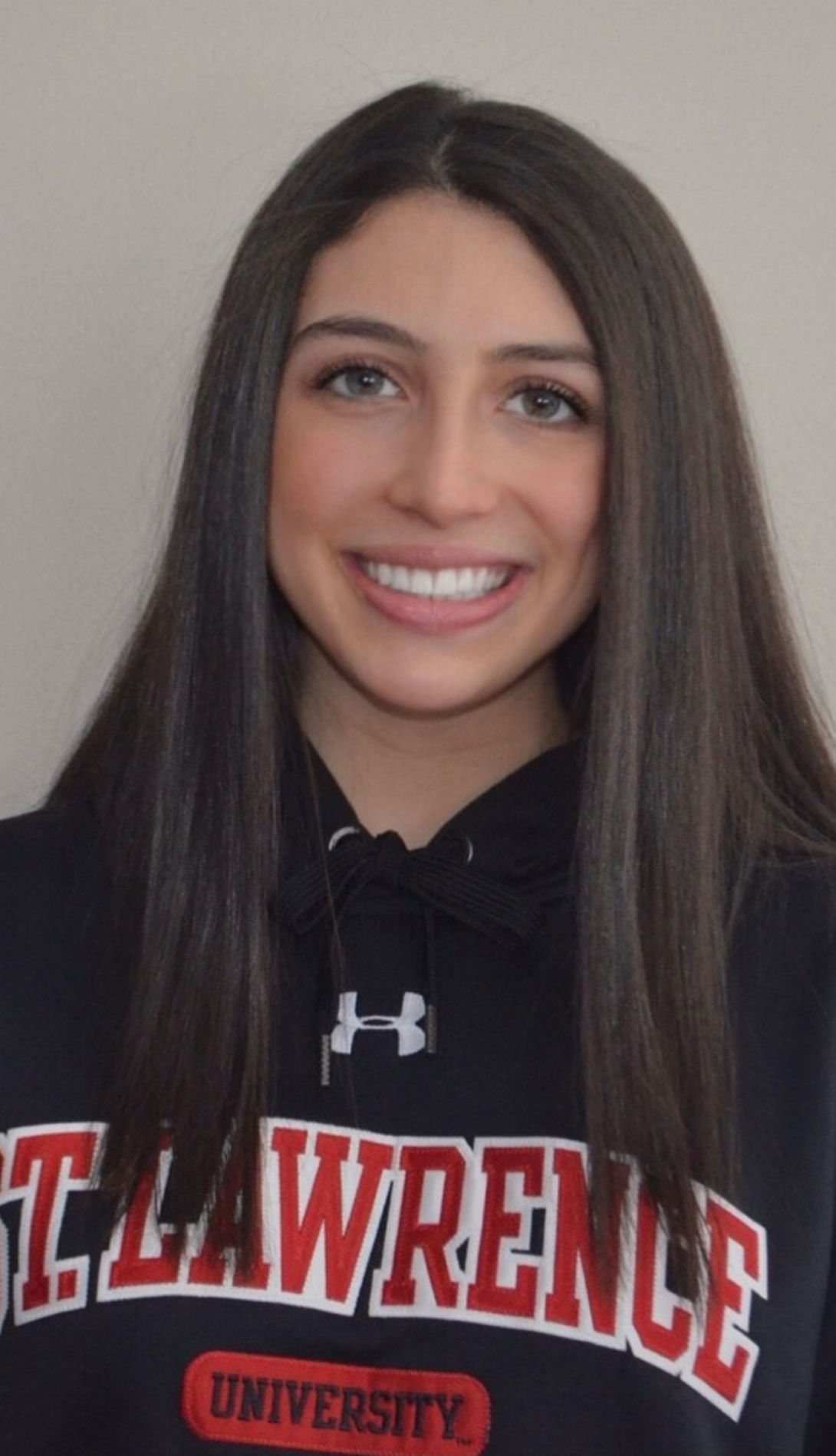 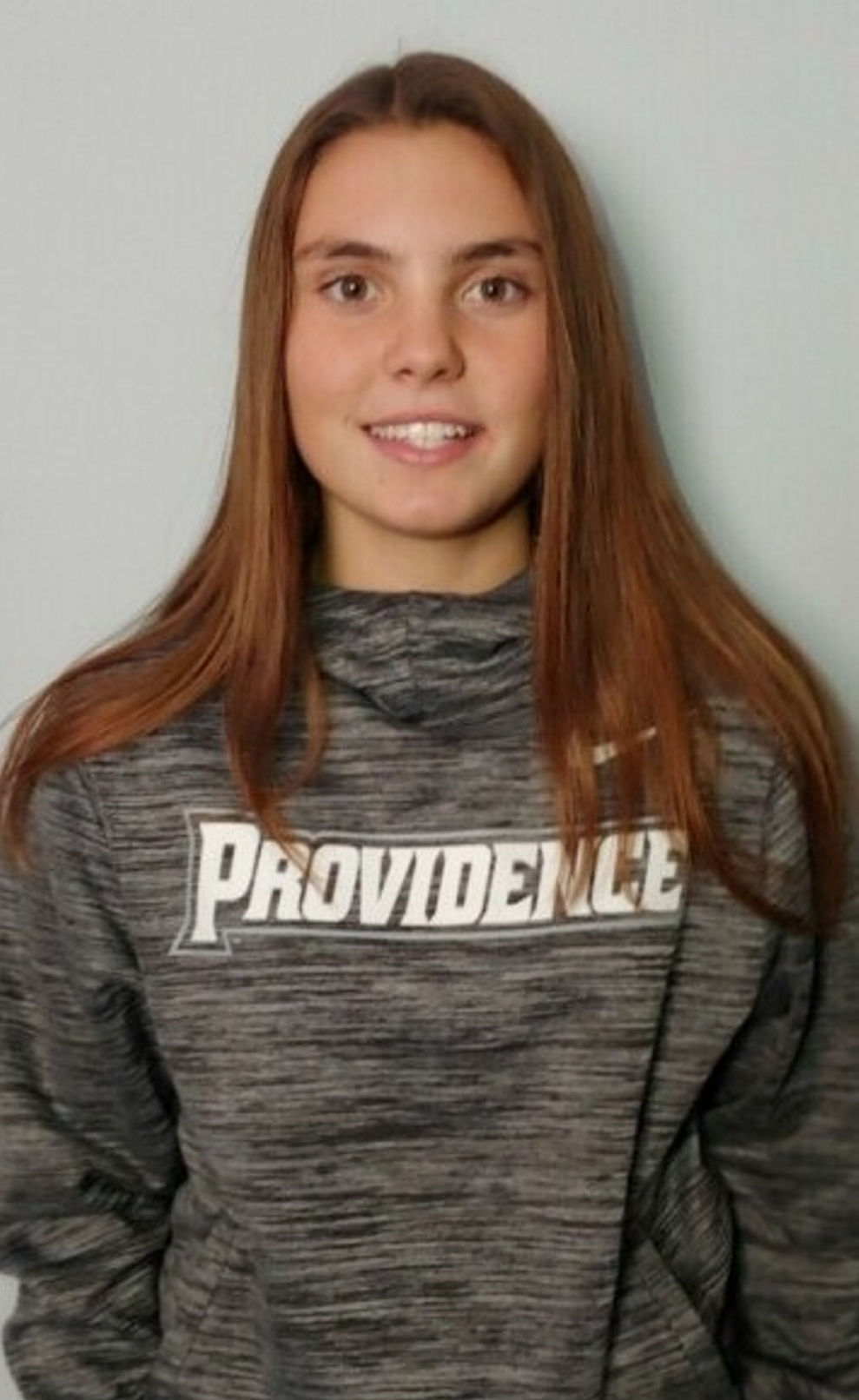 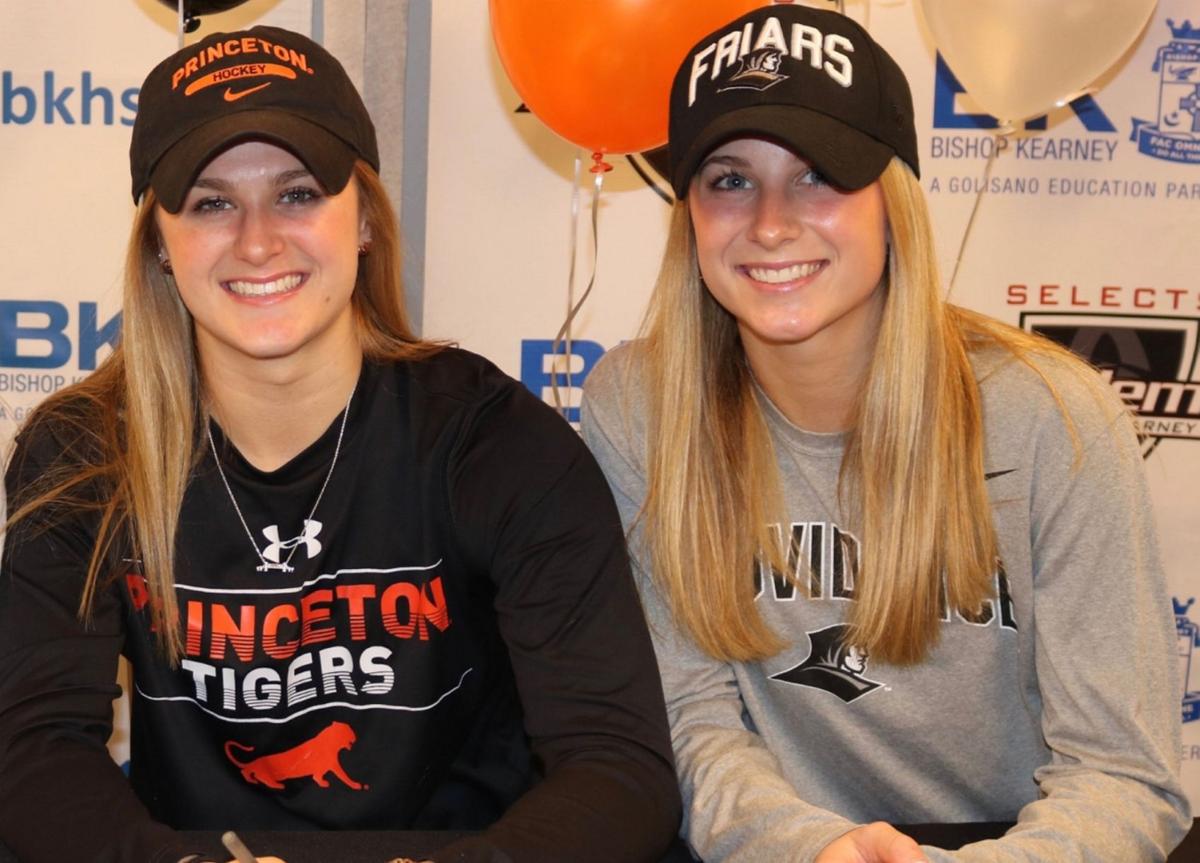 Twin sisters Mia, left, and Maddy Coene grew up in Clayton where they played hockey with boys before joining the Shiver. They then moved to Rochester to play and attend school. Provided photo 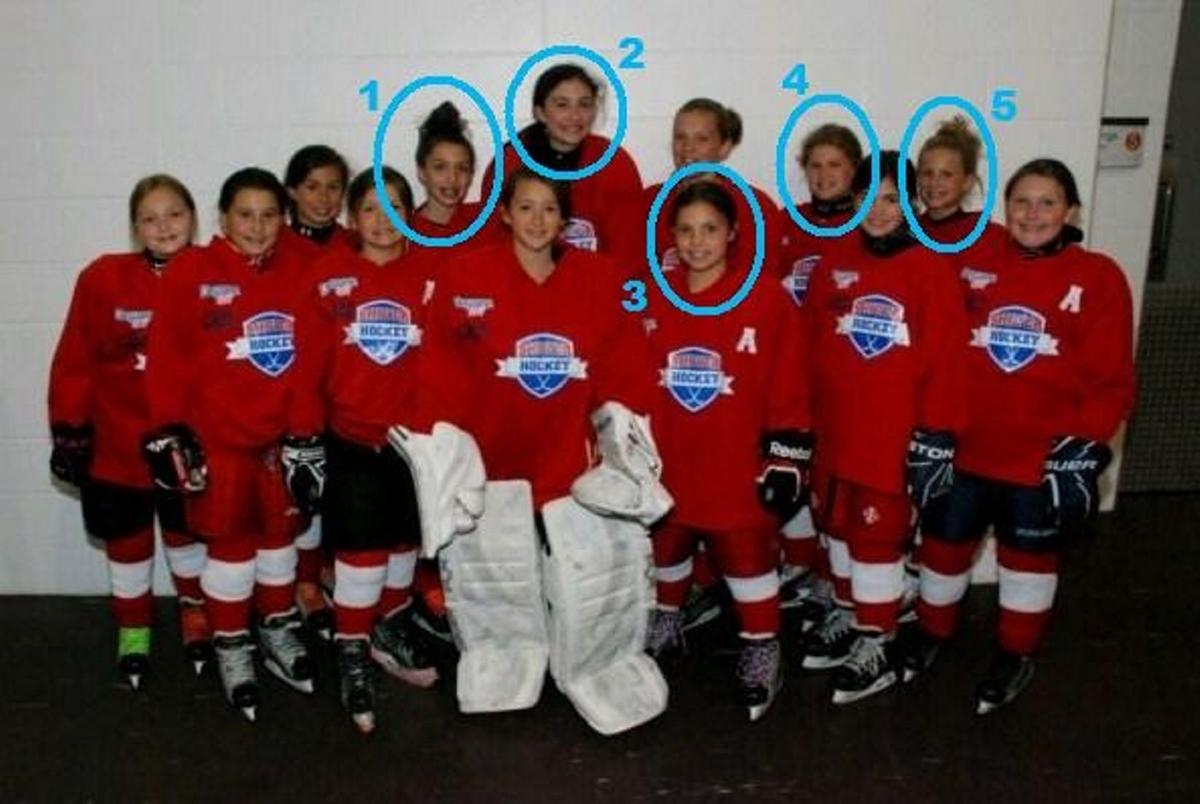 Twin sisters Mia, left, and Maddy Coene grew up in Clayton where they played hockey with boys before joining the Shiver. They then moved to Rochester to play and attend school. Provided photo

Five north country girls, all teammates on the St. Lawrence Shiver youth girls hockey team six years ago, are headed for NCAA Division I teams in the fall.

It’s believed to be the largest group of players from the area to go Division I in the same high school year, though none of the five played high school hockey in the area in recent years.

The five players who competed on that 2014 team are Clayton twins Maddy and Mia Coene, Ogdensburg’s Rose Jenault, Potsdam’s Gabi Jones and Massena’s Claire Tyo, who is the daughter of former Clarkson player Todd Tyo.

Maddy Coene and Tyo are heading to Providence College. Mia Coene will join Princeton. Jenault is going to play for Brown and Jones, who is the daughter of Clarkson men’s hockey coach Casey Jones, will play for St. Lawrence University.

The Shiver, which was coached by Todd Tyo and assisted by Selena Sanford-Coene, a former Alexandria High School athlete, was a spring tournament team that played from May to July in a handful of tournaments each season, both in upper New York and Canada.

“My daughter was playing squirts with the boys here in Massena,” Tyo said. “The (Coene) twins were on boys teams, like the Thousand Islands Pirates. We played against each other and that’s how it came to be. I reached their parents and we made a connection. We were thinking of trying to get some of the better girls in the area together. My daughter played against Gabi in Potsdam. It was just one of those deals where you picked out the best girls from each town.”

For each of the five girls, the Shiver was the first time they had a chance to play on a team of all girls against other teams of all girls.

“It was pretty special,” Claire Tyo said. “It was different. The boys (games) were a lot more rough, but the girls games were still competitive. It was just different.”

Said Jones, “I had only played on boys teams with one or two other girls. It was definitely a little different but it was really fun. Most of them today I am still close with.”

Jenault, who is 5-foot-9, was about that tall back when she played on the Shiver and joked she was almost two feet taller than some of her boy teammates on her other teams.

“Some tough parts would be just not fitting in completely with the boys, but we were young, so we didn’t really mix when we were that little,” Jenault said. “Overall I had a pretty good experience with them. When you are that young you are pretty much physically equal. They weren’t hurting me or anything.”

The Coene twins also noticed quickly the benefits of playing on a team with only girls against other girls teams.

“Going from boys to girls (hockey) is a little different,” said Maddy, who is a minute older than her sister. “It’s less physical. Some of the girls I played with on the boys team went to the Shiver with us. It was eye-opening and I was excited to play with girls. You didn’t have to be timid. It helped more and you want to be more competitive at that age.”

Said Mia, “It was really cool and really different at the same time. When you play with the boys, they get along with each other better than with the girls.”

Each of the five girls were so skilled that they left their respective area high school teams behind to continue to grow enough to reach the NCAA Division I level.

The Coene twins wound up in Rochester, playing for the U.S. Selects Hockey Academy while attending Bishop Kearney High School, where Mia will be valedictorian. The U.S. Selects team is similar, but not quite the same, as the boys U.S. Under-18 national team.

Jenault, Jones and Tyo all joined the Canadian junior Provincial Women’s Hockey League. Jenault played with the Nepean Wildcats while Jones and Tyo were teammates with the Ottawa Senators.

Of the five, Jones, a 5-8 forward, is the only player who will be staying in the area, joining the Saints women’s team this fall.

“The first thing I really loved was their culture and their coaches (Chris Wells and assistants Ted Wisner and Mare MacDougall Bari) were all great to talk to and really great people,” Jones said. “(Wells) has a great sense of humor and you can tell he’s a really great person. Talking with the other (players) on my visits, they look up to him and admire him as a coach and as a person.”

Tyo and Maddy Coene will become teammates again for the first time since they were kids when they join the Friars, who are coached by former Clarkson women’s assistant Matt Kelly, next season.

“I think it will be pretty cool, especially knowing someone,” Tyo said. “It makes the transition to college a lot easier. It will be fun to rekindle some of our chemistry.

Said Maddy Coene, “(Tyo) made it one more reason I wanted to go there. We are really close but we had distances after (the Shiver). All those memories will come back. I knew of (Kelly) because he was the (U.S. national team) scout. That was kind of scary in a way. He was so high up. He knew all the Olympians and stuff so it was cool that he was interested in me. He was very honest and he didn’t hide anything. He said how it was. He’s very happy and excited and not one of those coaches that is super serious. He told me he wants me to be a kid, have fun, but put in the work to get better. When I am there, that’s when we’ll work on (college hockey). It’s not all about hockey for him, it’s about being a good person.”

With Mia Coene going to Princeton, the sisters will be splitting up for the first time in their lives.

“That’s going to be super sad at first, and kind of weird,” Maddy Coene said. “We have the same friends now, but we’ll have different friends (in the fall), different coaches. I think it’s for the best that we go our separate ways for a little. Right now we’re basically the same person.”

Mia, who is a 5-5 forward, will be joining a Princeton team that features one of the best players in college hockey in forward Sarah Fillier and also just won the ECAC Hockey Tournament championship.

“For me the coach (Cara Morey) was incredible,” Coene said. “I think I bonded with the team well and seeing how beautiful the campus was, I could picture myself there. I think this year it was really cool seeing how far they went. I’m excited to be on that roster with them next year. It will be lot of fun to play with (Fillier).”

What sold Jenault, a defenseman, on Brown was the school being an Ivy League institution and also third-year coach Carisa Zaban Wahlig, who played for the University of New Hampshire with Colton native Brandy Fisher, and is trying to build Brown back to what it was in the past, a team that competed for spots in Frozen Fours and national championships.

“I really like the location, that’s a big thing,” Jeneault said. “The standard of academics is amazing. That was one of the big things that drew me to it. I really like the coach and staff. They really want to work on rebuilding the women’s hockey team. We have a big freshman class coming in and I’m pretty excited to be part of that rebuilding.”

With three players in ECAC Hockey and two others at Providence, in the same town as their former teammate Jeneault, the five girls who once played together with the Shiver in 2014 will still see plenty of each other over the next four years, but also will carry the memories of how that travel team changed their own hockey lives.

“It was the first all-girls team I ever played on and it was so cool to play on a girls hockey team,” Jeneault said. “The boys, they were my friends and stuff, but I was one of the only girls and they weren’t my best friends or anything. With the Shiver I remember meeting some of my best friends that I still have today. It showed me that girls hockey is a thing.”

Said Jones, “They got all of these girls that had motivation to get better, and a group of girls that wanted to go further with hockey and took it seriously. I think it helped a lot playing that level.”

“I made some friendships I will have forever, spending time with them and playing on the ice with them,” Maddy Coene said. “I remember building relationships with those girls outside of hockey and making it that much more fun on the ice with them. We would hang out in the summers.”

Said Mia Coene, “I think what I remember the most is we were at that age where hockey was great and it was fun to be on the ice together. We would always be with each other. We were a close group of girls. It was really fun for us. A lot of us had not played with people outside of our own small towns. It was cool to get to know other girls.”