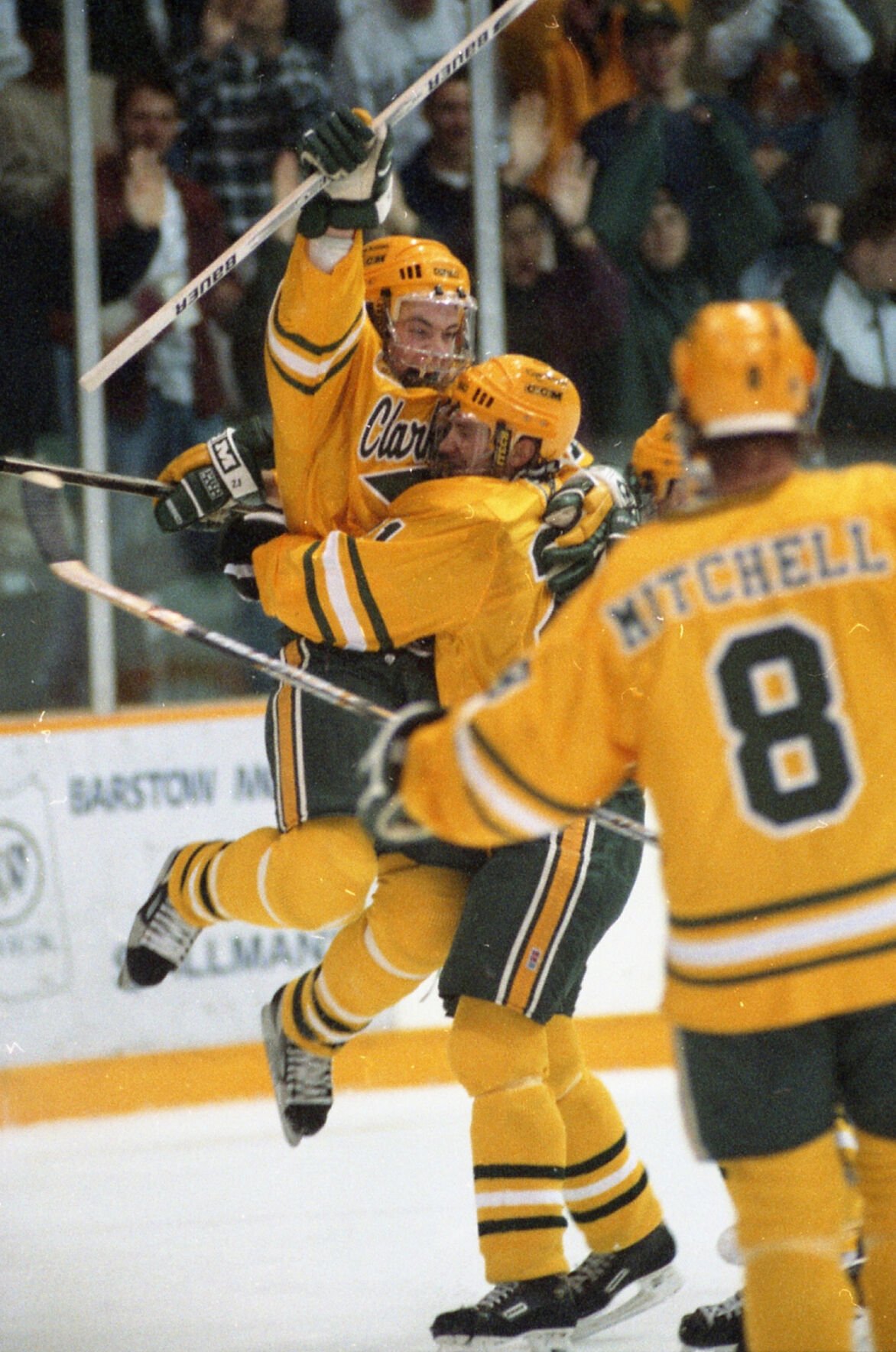 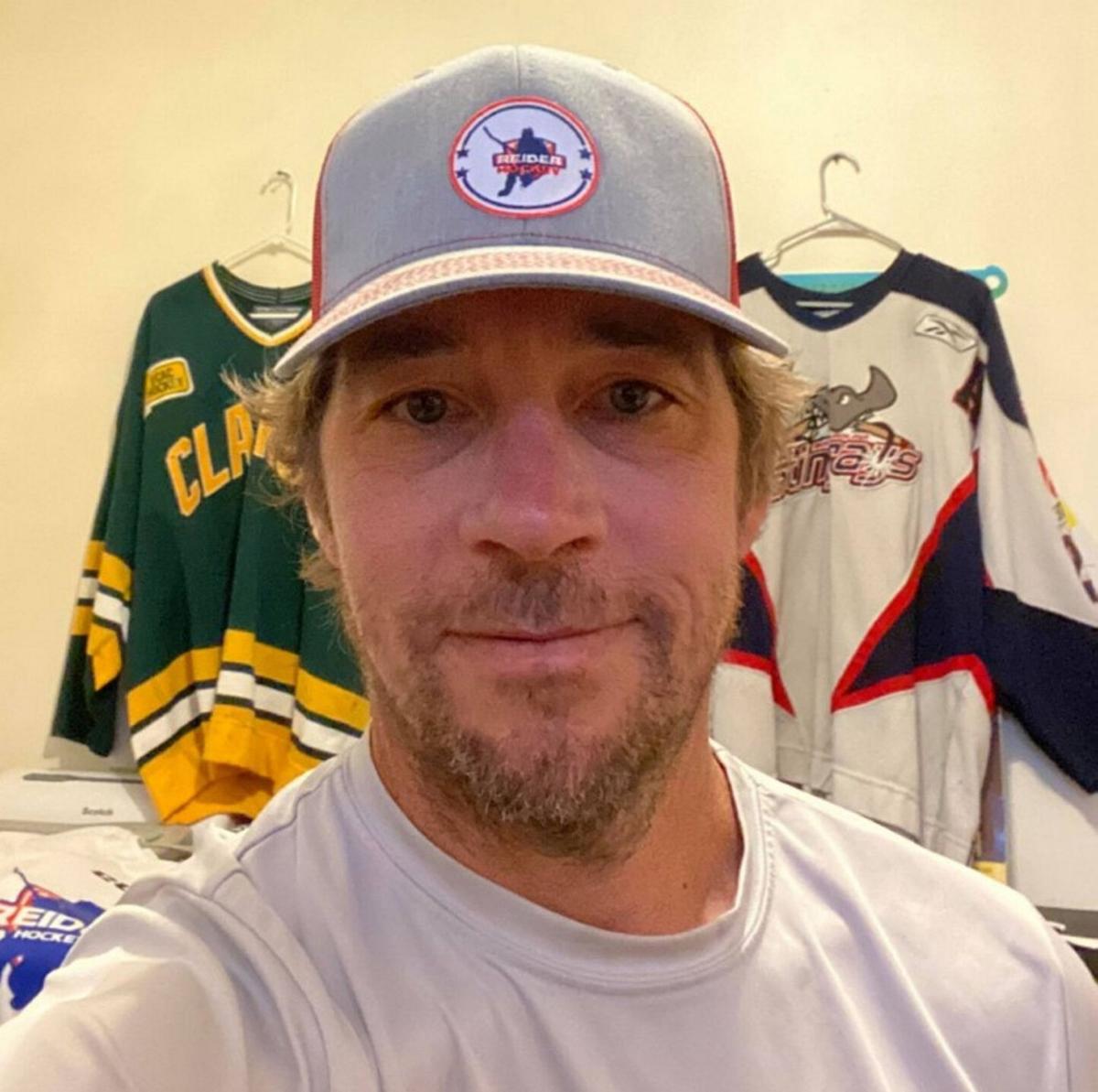 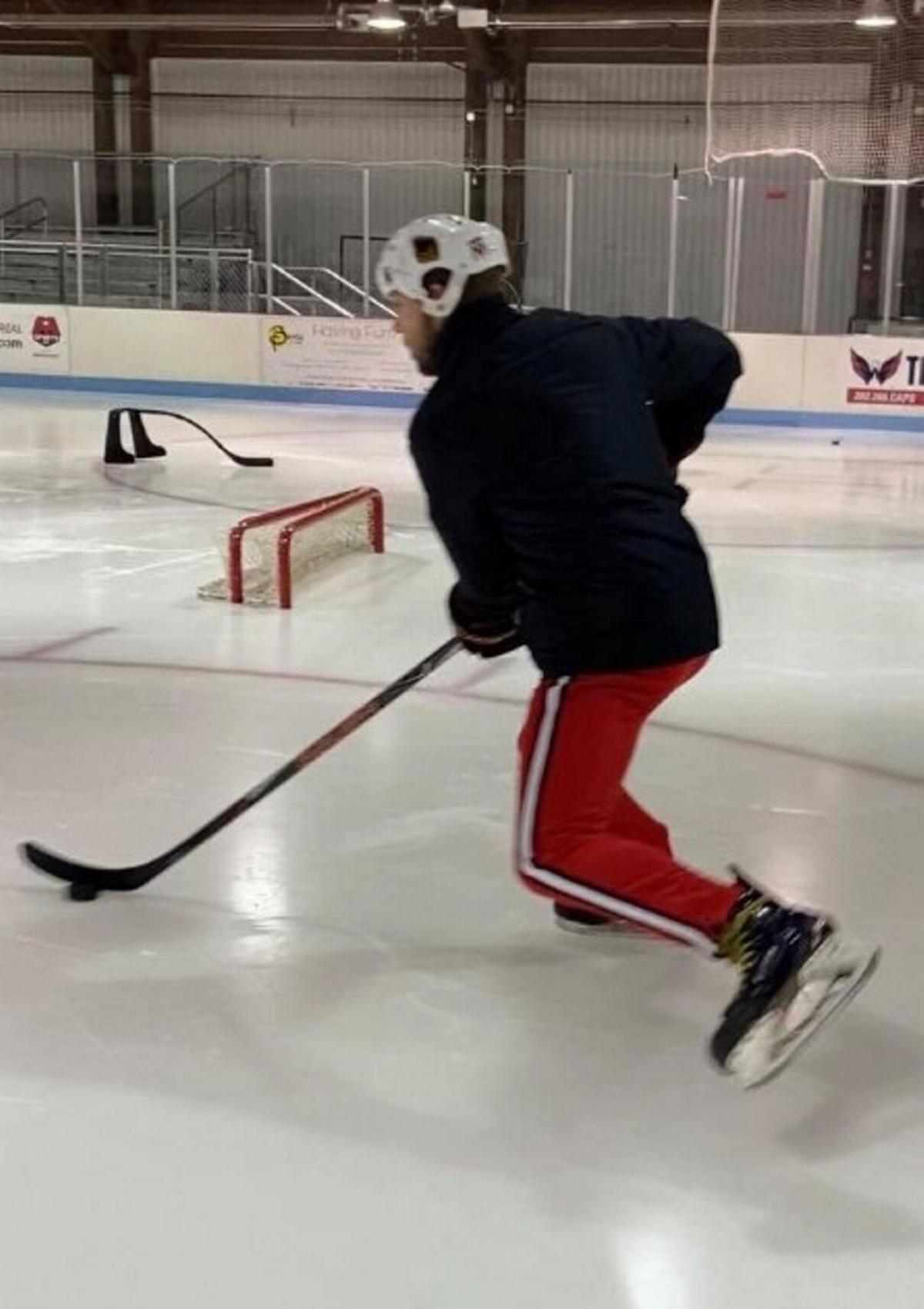 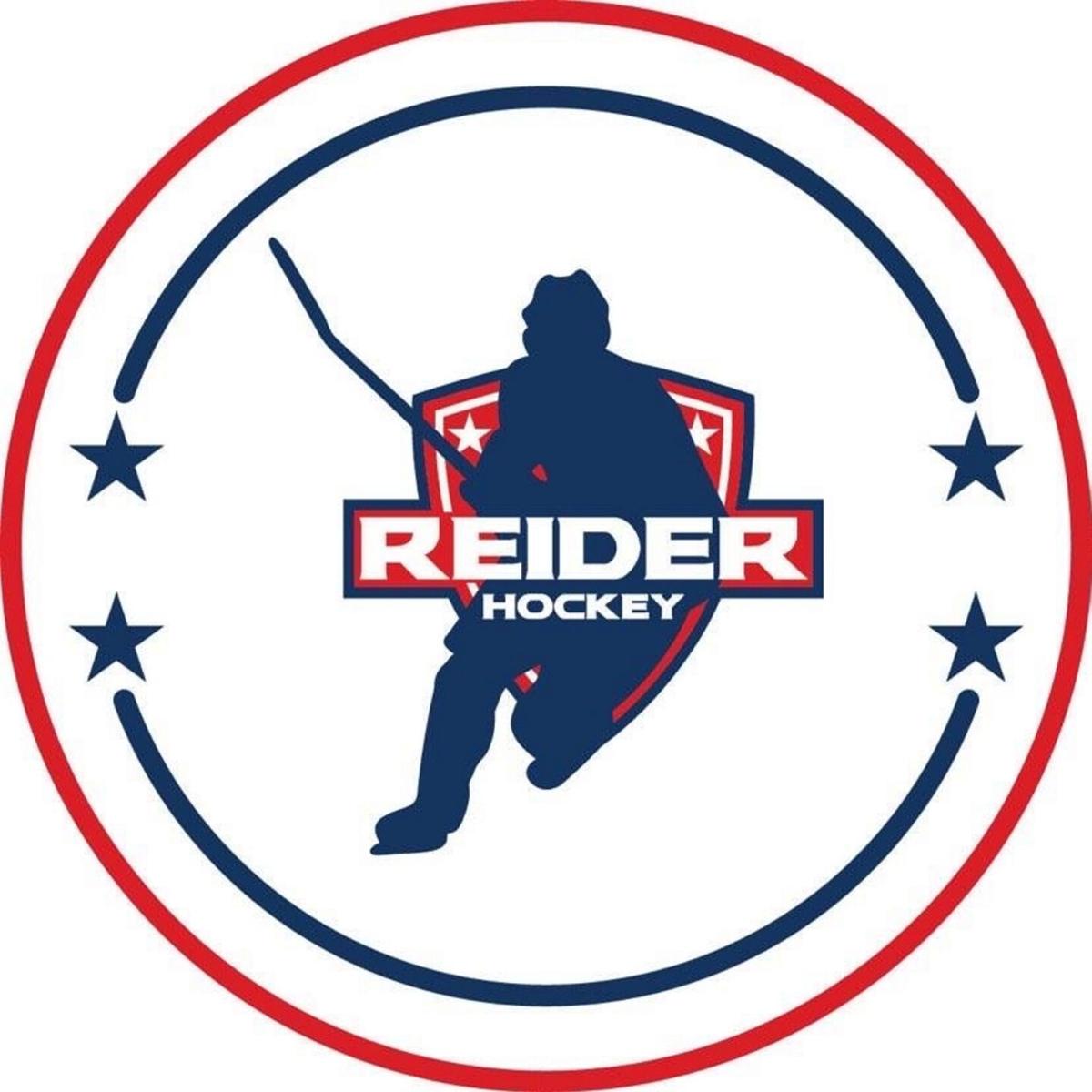 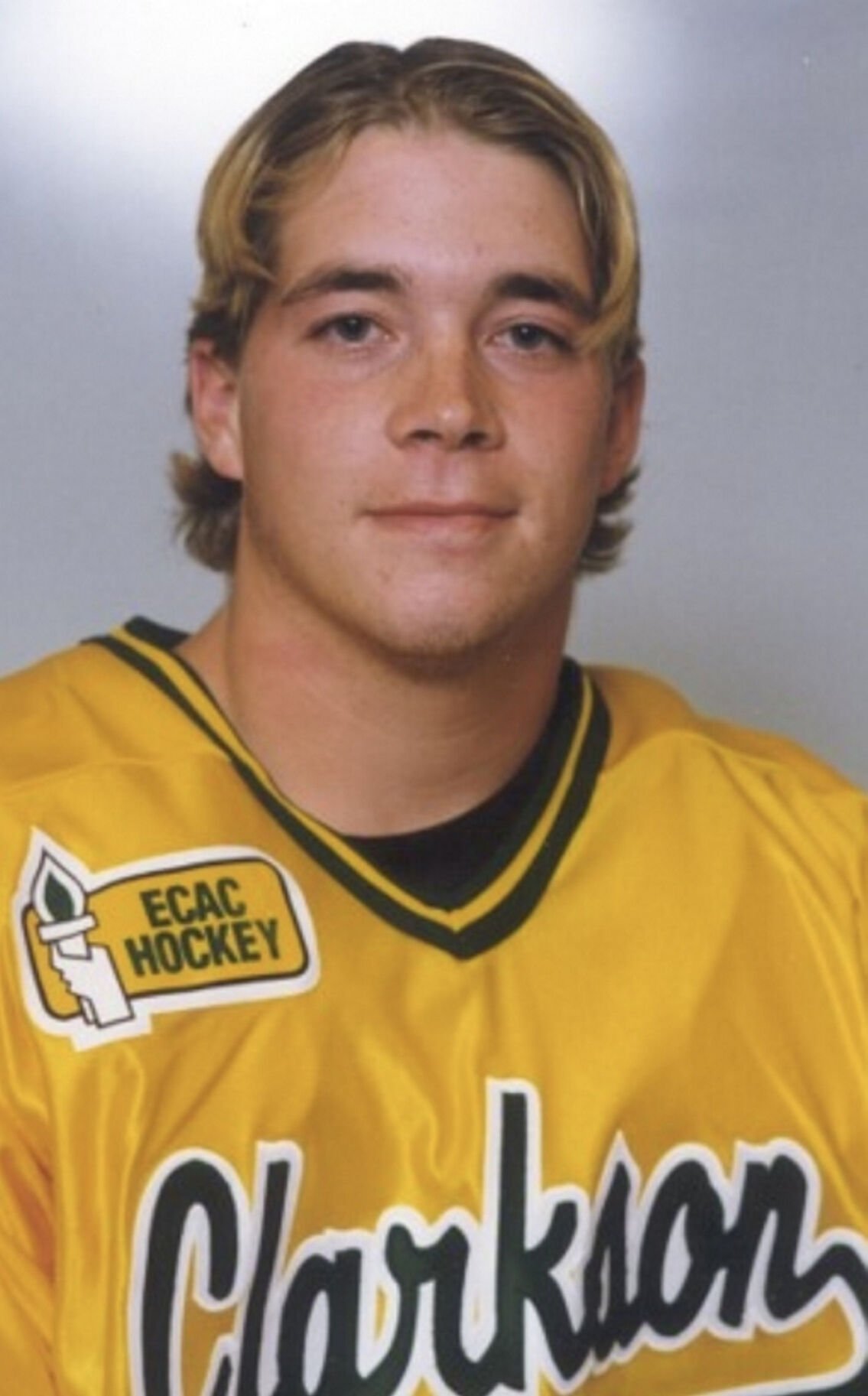 A few months after one of the biggest moments of his athletic career, winning an ECAC Hockey championship in Lake Placid over rival St. Lawrence University, Massena native Matt Reid lay on his family dock in Louisville trying to kill himself.

It was the summer of 1999 and the then-Clarkson men’s hockey player drank a case of beer, took several of his stepmother’s prescription pain pills and lay on the dock waiting to die.

Fortunately, for Reid, his father and stepmother came home to find him and took him to the hospital.

“I remember them coming down (to the dock) and I could slightly hear them, but I couldn’t respond,” Reid said. “At that point I was so embarrassed. I couldn’t even (commit suicide) right. That’s the way I felt at the time. It’s taken a long time to get comfortable talking about it.”

“Someone told me (God) only puts on you what you can handle. I know there are other kids out there now who feel the same way (I did) in some shape or form,” Reid said. “I want to start trying to team up with sports psychologists and substance abuse guys and get them incorporated with Reider Hockey, so there is more of a platform for kids to reach out. (1999) wasn’t the end of my destructive behavior, by any means.”

Reid started Reider Hockey two years ago. He also recently began a video podcast on YouTube called “Under the Bar w/ Matt Reid,” where he hopes to address the same issues and use his past experiences to help young players avoid following the same path.

His first podcast featured a three-hour plus interview with former Clarkson teammate Erik Cole, who won a Stanley Cup in 2006 with the Carolina Hurricanes. He recently added another podcast with a former minor league teammate, Colorado Avalanche coach Jared Bednar.

Reid and Cole talked in length about issues they faced early in their careers at Clarkson, from dealing with tough treatment from the senior classes to feeling like they weren’t living up to their potential.

Reid, who won a state Division I championship with Massena as a freshman in 1993, was already on his own dark path by his freshman year. He said he started drinking when he was 14.

“When I was in the eighth grade we would sneak a couple beers here or there, before a dance, and pretend we were drunk,” Reid said. “On the varsity team I started hanging out with older players. I could tell at a young age when I had a couple beers I felt more in control. In that little town it was almost like a game. I remember kids counting their beer caps. Part of me felt like I had to be like everybody else. Not that any person was a bad person, I loved all those guys. But at 14, to be getting into those type of habits, you are setting yourself up for disaster.”

Reid played for a national youth team after his freshman year and traveled to Russia for a hockey tournament. His father, Bill, was one of the adults who traveled with the team.

“Three or four (players) got a bottle of vodka when we got there,” Reid said. “I got blacked-out drunk. We were mixing it with Gatorade powder. My dad came down (to the room). All I remember is him picking my head up off the pillow by the back of my hair. It affected my play the next day.”

“I didn’t drink at Northwood,” Reid said. “The summer before Clarkson I made some USA teams and I got pretty confident in a bad way. That summer was pretty bad. We were drinking four or five days a week. I went into camp out of shape. I was embarrassed how I showed up. When I was struggling, I was tired of disappointing. The only thing that made me stop thinking about that was drinking.”

Reid almost lost his Clarkson career after his freshman year when he was driving drunk and crashed his car in Massena.

Reid and his friends, one of whom had tossed Reid’s hat into a bonfire during a party that night, decided to go to one of their houses to sleep, but they realized the house keys were still at the party.

While driving back to retrieve the keys, Reid told his friend he wasn’t going to look at the road until the friend apologized for tossing the hat into the bonfire. Reid crashed his car. Nobody was hurt in the accident.

“I ended up getting suspended for what was supposed to be the first half of (the 1997-98 season),” Reid said. “I went in to camp clean and sober. That was the first time I got it together. I was doing so well I only missed the first two games. (Clarkson coach Mark Morris) gave me a second chance and that year I did pretty well. I didn’t drink. But going into my junior year I was drinking again. It’s weird with me, When I get success I forget what it took to get there. You get full of yourself a little bit and think you can do well forever.”

After Clarkson’s 3-2 win over St. Lawrence University in the 1999 ECAC Hockey championship game, Reid continued his bad habits and realized it was affecting other people.

“My dad was so proud of me (after the season),” Reid said. “He wanted to do a hockey school with me. It breaks my heart to think how disappointed he was with me (that summer). I was tired of trying to please everybody. I didn’t feel good in my own skin. I felt like I was going to be living under a bubble no matter what I did.”

Reid wound up losing his senior year at Clarkson after another drinking incident, this time on campus, which resulted in a fire being set to a campus building during the summer after his junior season in 1999. He finished his Clarkson career with 30 goals and 25 assists.

Reid played professional hockey from 2000-09, mostly in the ECHL. He played two games in the American Hockey League with the Portland Pirates in 2002-03, one game with the Bridgeport Sound Tigers in 2006-07 and three games with the Hershey Bears in the same season.

His best years came with the South Carolina Stingrays from 2005-08. He ended his career in Holland with HYS The Hauge.

Reid said he played at least half of his pro career struggling with the same problems, including an addiction to painkillers.

Sober for more than two years, Reid is dedicating himself to coaching young players but also trying to guide them away from the path he was on when he was there age.

“One thing I learned is the best way to get better is to talk about it, to share it,” Reid said. “I know enough people and have been through enough in the game, good and bad. Hearing other people who made it, or didn’t, the kind of stuff they’d do different and willingness to talk about it would have helped someone like me when I was younger.

“A lot of kids are struggling mentally or battling stuff they don’t want to control. Not too many people want to admit stuff like that, it’s kind of embarrassing. I see some of my friends disappointed in their careers, what they did, and they are still dwelling on that. I did that for a long time. It was just unhealthy. If I’m not ashamed to admit where I had my faults, the kids might respect that, reach out for advice or find a way to get some help.”

Reid added that any young player now who is struggling is welcome to contact him at www.reider-hockey.com.