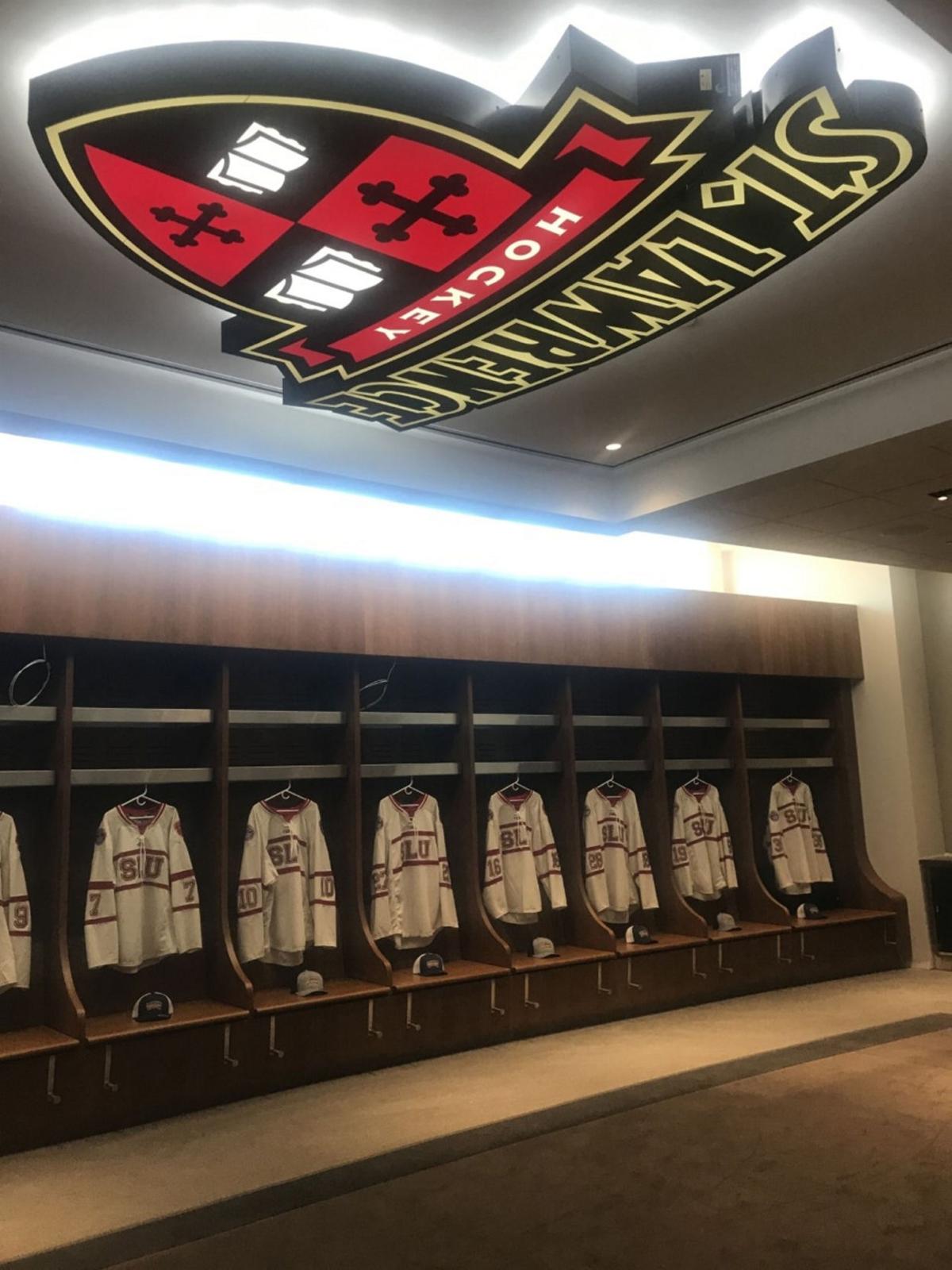 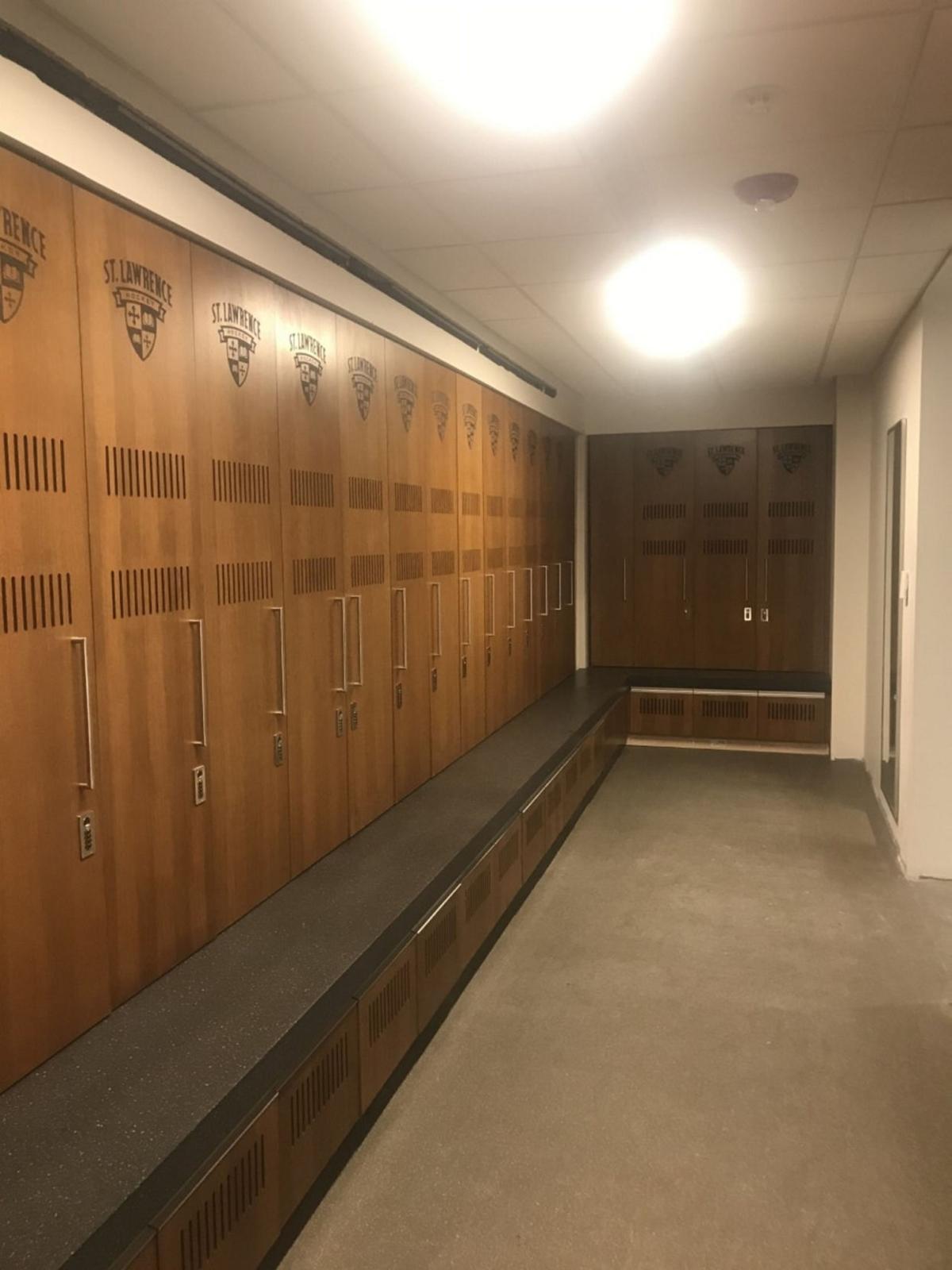 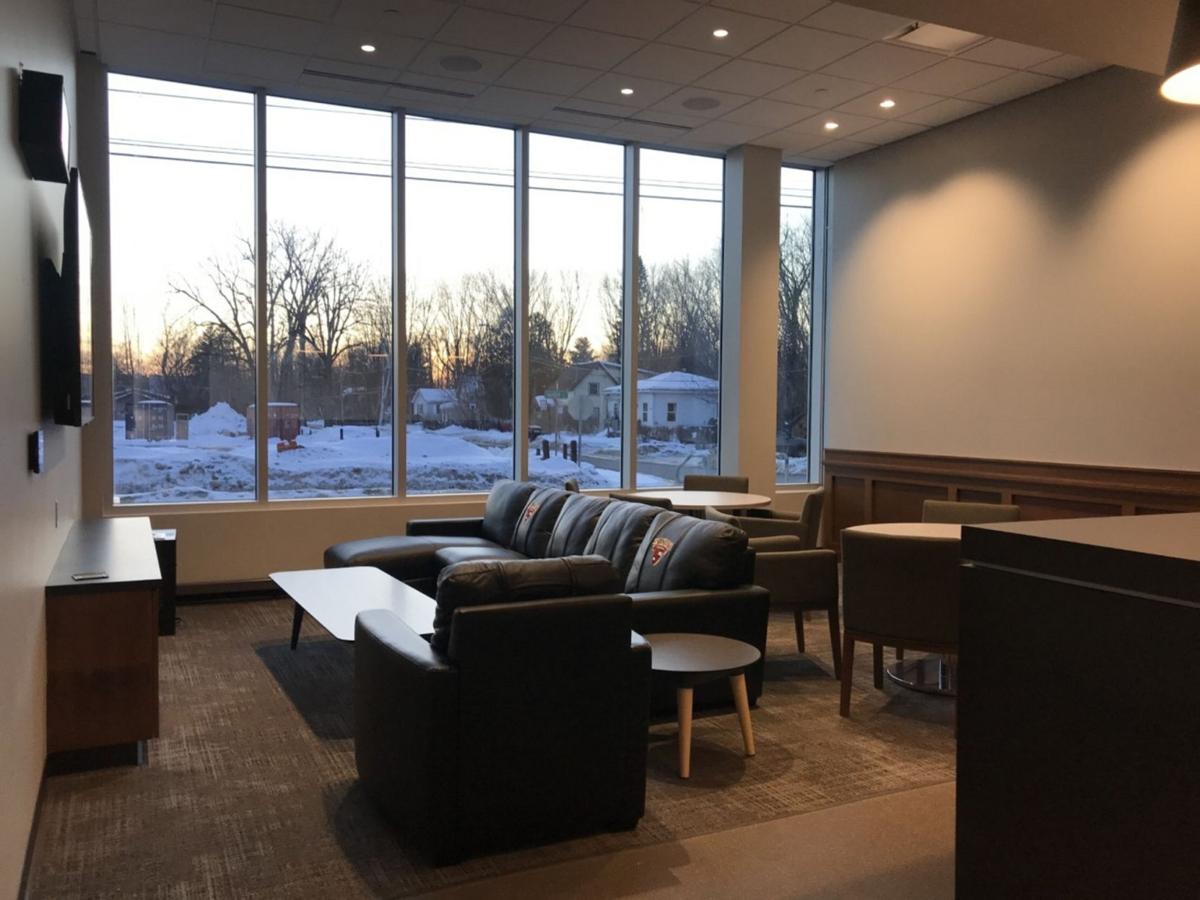 SLU is still looking for its first home win, either in Appleton or at SUNY Canton, which hosted the Saints early in the year.

But after opening at Appleton with some of the renovation work unfinished, including the locker room, SLU enjoyed a completely updated Appleton in its most recent home game, a 2-0 loss to Clarkson on Feb. 8.

Appleton Arena features a new weight room for both the men’s and women’s hockey teams, and before the SLU game, the Saints used their new locker room, which includes a new coaching office as well as player’s lounge, for the first time.

“It’s absolutely beautiful,” Saints coach Brent Brekke said. “The excitement level for the guys has been tremendous. It’s been a real nice addition, for sure. It’s eye-catching when you go in there. It’s much larger than the old one. It’s got the logo up on the ceiling that’s back-lit, as opposed to down on the carpet, so you have more space to be able to do some things, and stretching. It’s top-notch, first-class, and there is a lot of pop to it when you walk in.

“I think the thing we really talk about is the development piece. The weight room is 4,000 square feet. That’s just for men’s and women’s hockey. Our guys can train there properly. The lounge area is going to be used for a lot of nutritional things. We want guys to be rink rats. It gives them a place that they can call home. We want them to come between classes and study and do skill-development stuff. There’s a ton of video work that’s done as well.”

Before the updates, the offices for both head coaches had been upstairs behind the visitor’s bench. Women’s coach Chris Wells often spent time in the assistant’s office, which was near the locker room, and former men’s coach Mark Morris turned a closet into a small office so he could be near the players.

Now the office is included inside the locker room area for both head coaches.

“It’s important,” Brekke said. “You want that engagement. It’s not just the engagement of stepping on the ice and going through drills. We want those guys to come in and talk about what’s going on in their lives, what’s going on with classes, their family, things like that. They have to go by our offices to get in the locker room so we’ll be able to see guys just to touch base with them on a daily basis. That’s really valuable.”

Big moments may be ahead for Clarkson University junior forward Elizabeth Giguere.

Giguere leads the nation with 30 goals and she has added 27 assists for 57 points in 32 games. She ranks fourth nationally in points-per game with a 1.78 average.

True to her humble nature, Giguere was not about to boast about passing 200 points last weekend or closing in on Gabel’s scoring record.

“I don’t even think about (the record),” Giguere said. “(Gabel) helped me get those points and we got points together for two years. She’s still probably the best (Clarkson) player ever.”

Clarkson senior goalie Frank Marotte, who transferred after last season from Robert Morris, continues to make the most of his only season with the Golden Knights.

He was named the ECAC Hockey Goaltender of the Week after making 39 saves in a 3-2 victory at 15th-ranked Quinnipiac last Friday and then stopping 31 of 32 shots in a 3-1 win over Princeton last Saturday, the first win for the Golden Knights at Princeton’s Hobey Baker Rink since Feb. 8, 2014.

Marotte leads the nation with a .941 save percentage. He’s also, statistically, the most dominant goalie in ECAC Hockey.

Marotte owns a .947 save percentage in conference play. The next goalie in the list is Rensselaer’s Owen Savory at .927.

Marotte has posted a 1.39 goals-against average in conference play. Quinnipiac’s Keith Petruzzelli is second at 1.85 and Cornell’s Matthew Galajda is third at 1.86.