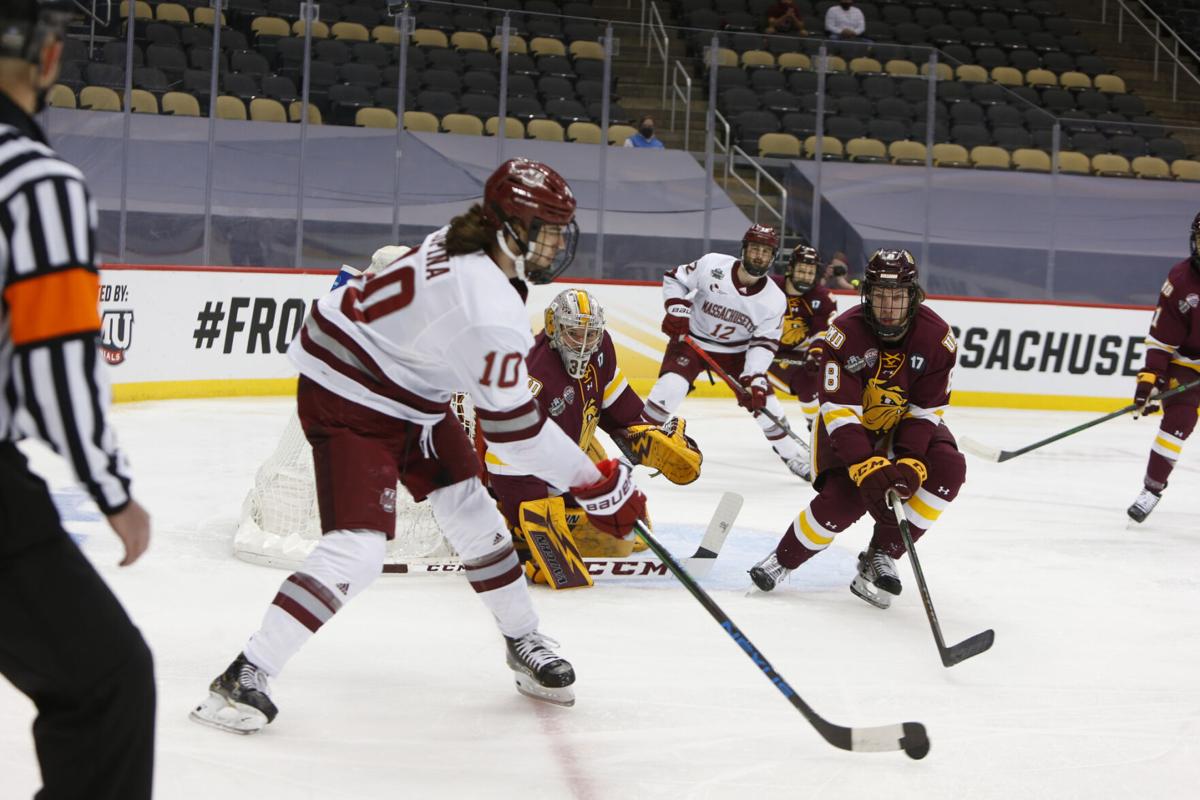 The University of Massachusetts’ Josh Lopina prepares to pass the puck near the Minnesota-Duluth goal Thursday during the NCAA Frozen Four semifinal in Pittsburgh. Photo by Justin K. Aller/NCAA Photos via Getty Images 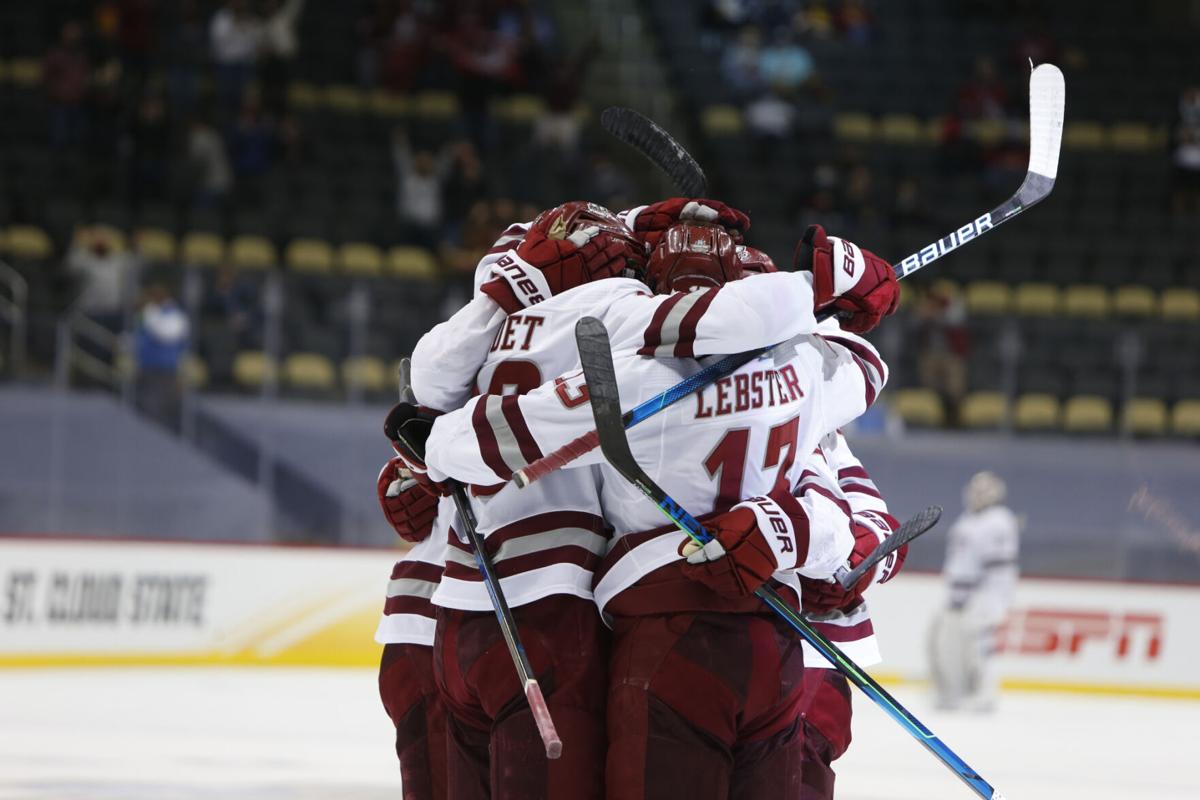 The University of Massachusetts’ Josh Lopina prepares to pass the puck near the Minnesota-Duluth goal Thursday during the NCAA Frozen Four semifinal in Pittsburgh. Photo by Justin K. Aller/NCAA Photos via Getty Images

PITTSBURGH — Garrett Wait scored on a nice pass from Walter Brown Award winner Bobby Trivigno at 15 minutes, 30 seconds of overtime to send the University of Massachusetts into the men’s hockey national championship game with a 3-2 win over two-time defending national champion Minnesota-Duluth on Thursday night.

It marks the second straight appearance in the title game for the Minutemen, who are coached by Canton native and former St. Lawrence University coach Greg Carvel.

UMass dominated the overtime period, outshooting the Bulldogs 13-2. The game finally ended when Trivigno skated behind the net, came around and found Wait with a pass. Wait was alone on the other side of the crease and only had to tap the puck in.

UMass was hampered by the loss of starting goalie Filip Lindberg and former SLU captain Carson Gicewicz due to COVID-19 tracing. It’s possible both players could play Saturday night when the Minutemen meet St. Cloud State at 7 p.m. for the national title.

Minnesota-Duluth took control of the game in the second period building a 2-1 lead. After two periods the Bulldogs had outshot UMass, 28-11.

But the Minutemen tied the game at 8:25 of the third period with a goal from Anthony Del Gaizo that was set up by passes from Josh Lopina and Bobby Trivigno.

UMass also scored the first goal of the game on a power-play shot from Zac Jones at 15:33 of the opening period.

The Bulldogs, who saw an NCAA record nine-game overtime win streak end, led 2-1 after a first-period goal from Tanner Laderoute, with 2:10 left, and a goal from Cole Koepke at 11:01 of the second period.

UMass also avenged a 3-0 loss to the Bulldogs in the 2019 national championship game.

Nolan Walker scored with 54.2 seconds left in the game to send the Huskies (20-10) to the championship game in the first semifinal.

St. Cloud State blew a 3-1 lead and then rallied from a 4-3 deficit early in the third period. The Huskies tied the game at 10:14 on a goal from Joe Molenaar.

The Huskies held a 3-1 lead after Will Hammer scored 2:40 into the second period. Spencer Meier and Kyler Kupka scored in the first period.