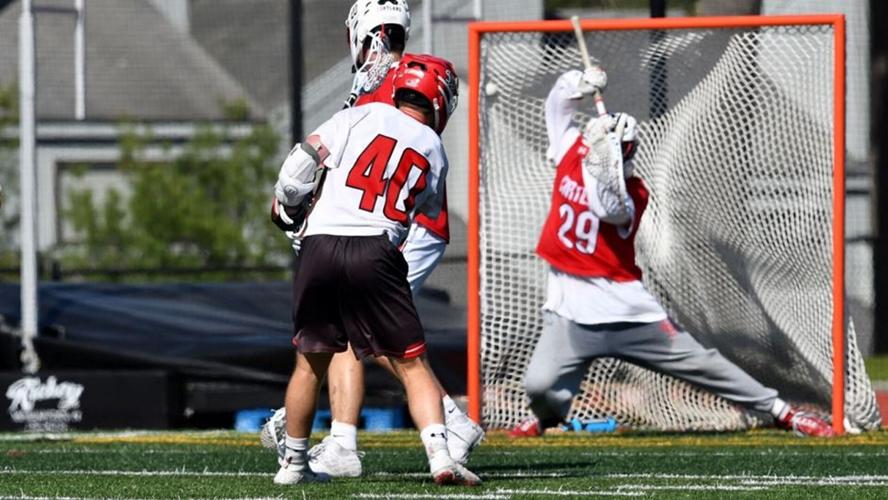 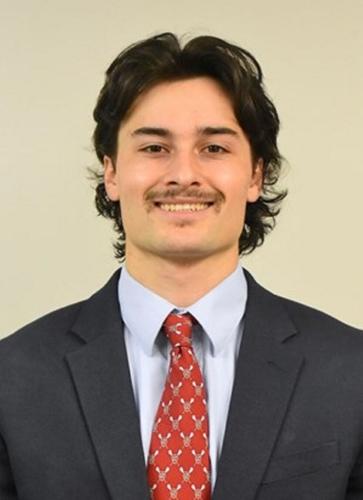 BRUNSWICK, Maine — Josh Huiatt and Ben Murtagh combined for three goals within a minute, 18 seconds late in the fourth quarter to break a tie and help St. Lawrence University hold off SUNY Cortland for a 15-14 victory Saturday in the second round of the NCAA Division III men’s lacrosse tournament at Whittier Field.

Huiatt, a graduate student from Lisbon, delivered the go-ahead goal with 5:24 left in the game on an assist from Judge Murphy, putting the Saints ahead 13-12. Murtagh then followed with consecutive goals for a three-goal SLU cushion, which the Saints needed as Cortland scored twice, with 2:10 left and 1:33 remaining before holding on for the win.

The No. 10 Saints, which reached the tournament on an at-large bid, advanced to the third round to take on tournament host Bowdoin College (17-2) at 3 p.m. today at the same site. Bowdoin defeated Colorado College, 23-8, Saturday.

The Saints scored the first three goals of the game, including two from Huiatt, before Cortland responded with three goals and then moved ahead 7-5 with 2:12 left in the second quarter. The Red Dragons took another two-goal lead midway through the third quarter before the Saints surged ahead with three straight goals to end the third and a goal from Jordan for a 12-10 advantage.

Cortland tied the game on consecutive goals from Starrett, including one with a man-up, before Huiatt and Murtagh put the Saints ahead for good.

Yacavone and Caden Yancey each scored to pull the Red Dragons within one.

Saints goalie William Helm made nine saves. Travis Wagner made 17 saves for Cortland, which reached the tournament after winning the SUNYAC championship.

A victory today will advance SLU, which is playing in its first Division III tournament since 2017, into the quarterfinals.

Maddy Caron added an unassisted SUNY Canton goal with 3:03 remaining in the game.

Stevens goalies Lauren Cunniff and Erica Strojny combined for five saves. Stevens, which advanced to play No. 1 Salisbury in the second round today, outshot SUNY Canton 41-10.

SUNY Canton advanced to the tournament after capturing the North Atlantic Conference tournament. Eight players on the team are from the north country.