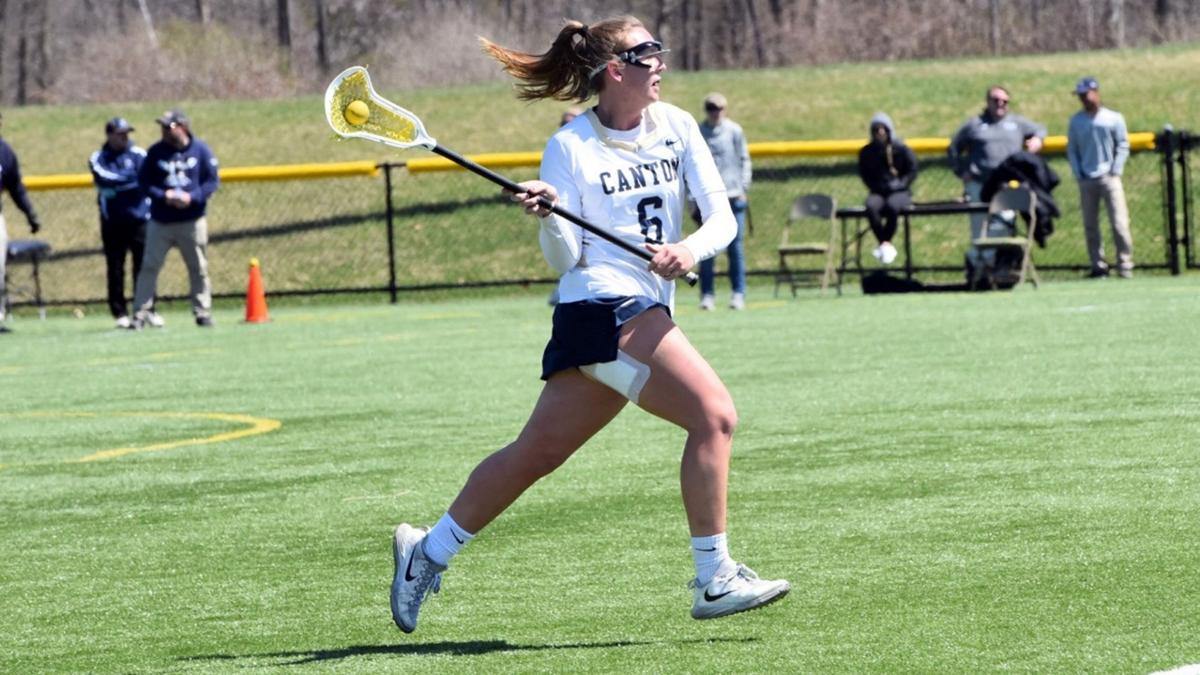 SUNY Canton’s Molly Denny was zeroing in on the school’s all-time scoring mark when the season was halted. SUNY Canton photo 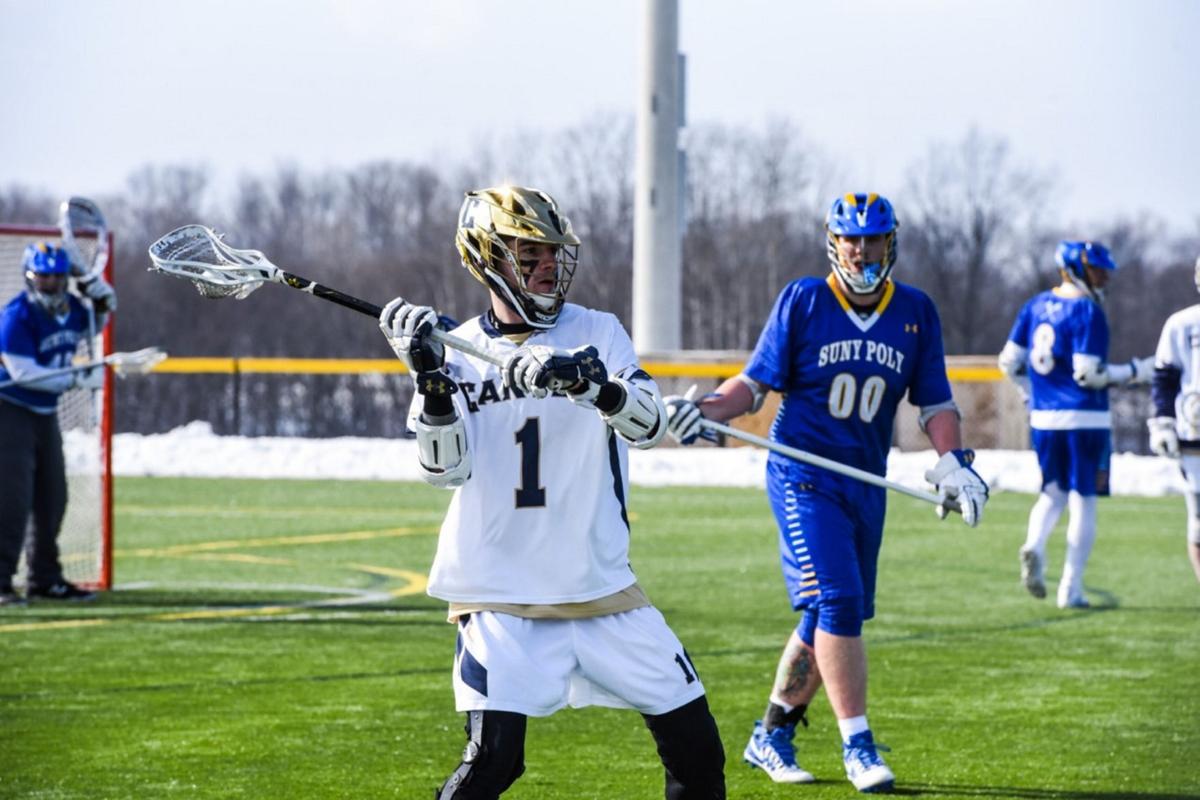 SUNY Canton’s Jake Facey plans to return to the school next season for another shot at his senior season with the men’s lacrosse team. SUNY Canton photo 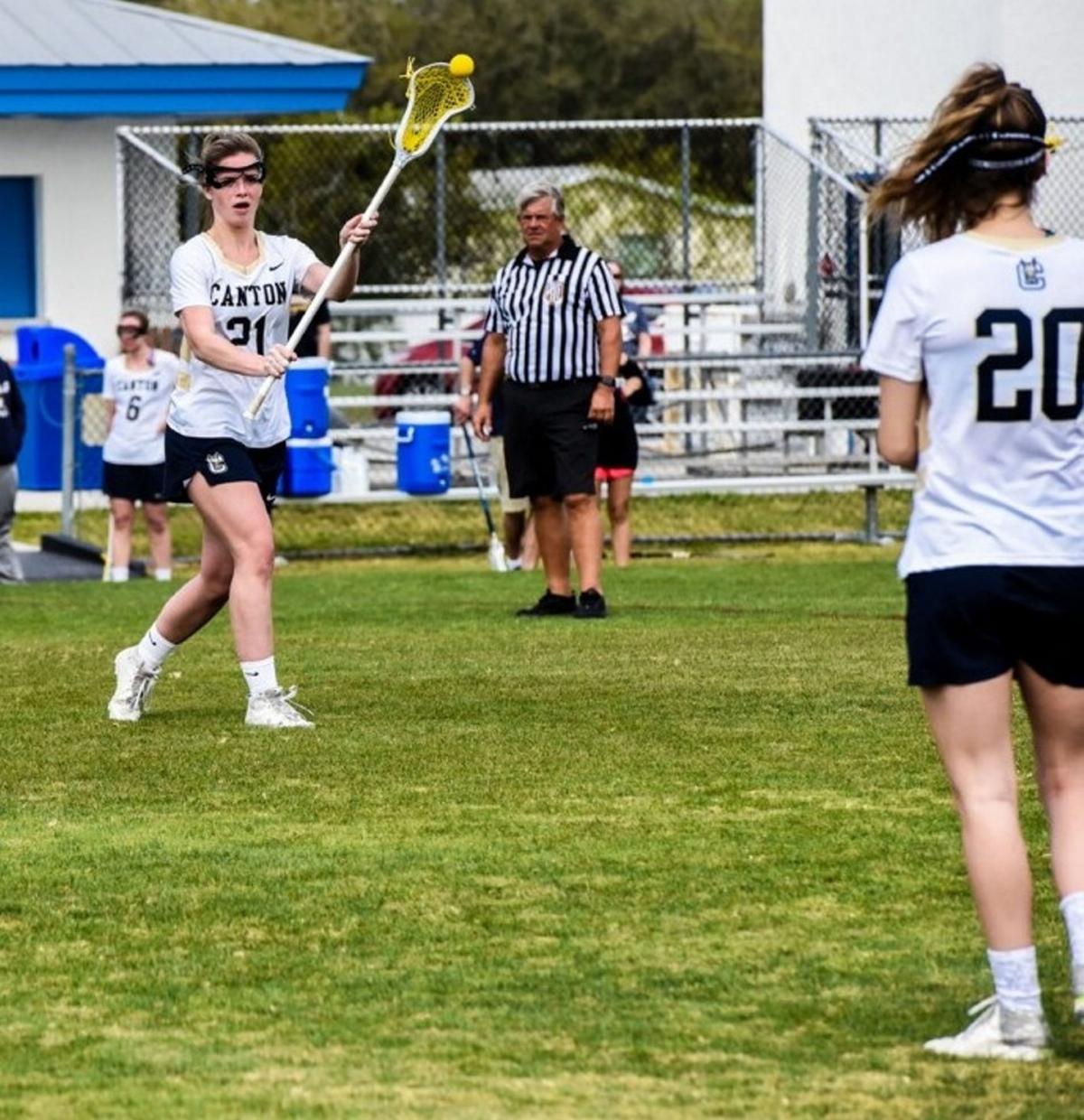 SUNY Canton’s Logan Bush, a Watertown native, plans to return for another season next year but knows many of her fellow seniors won’t be back. SUNY Canton photo 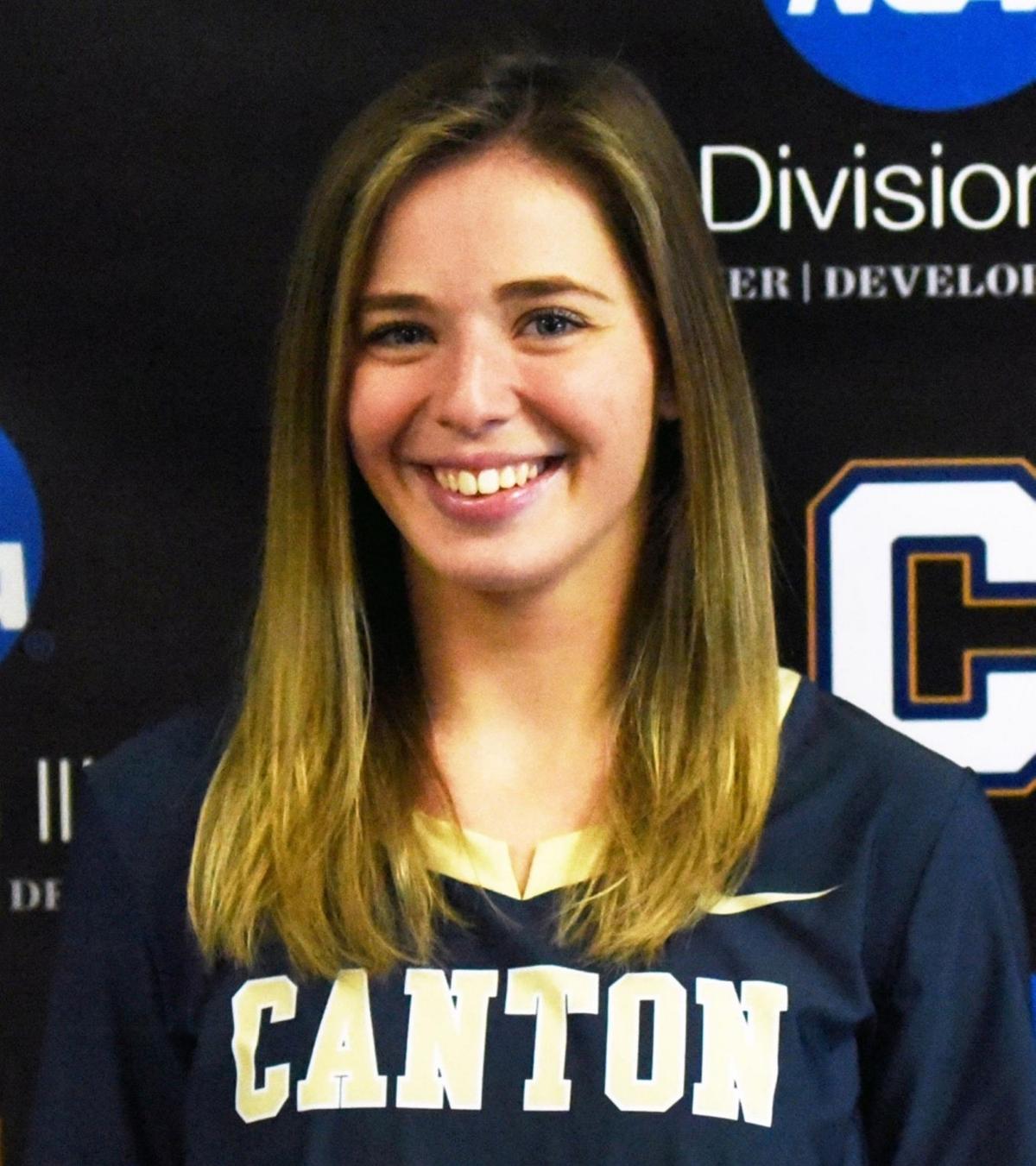 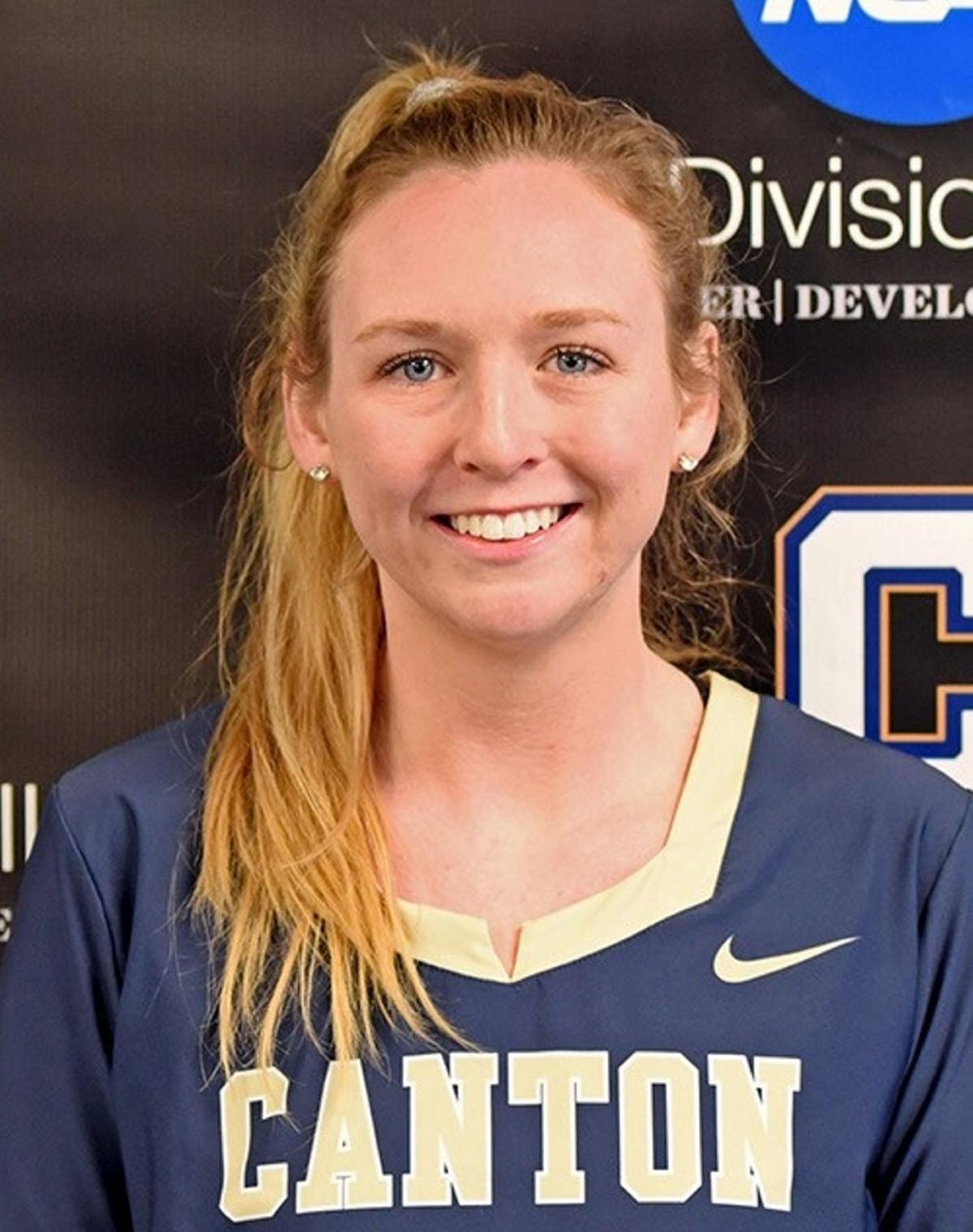 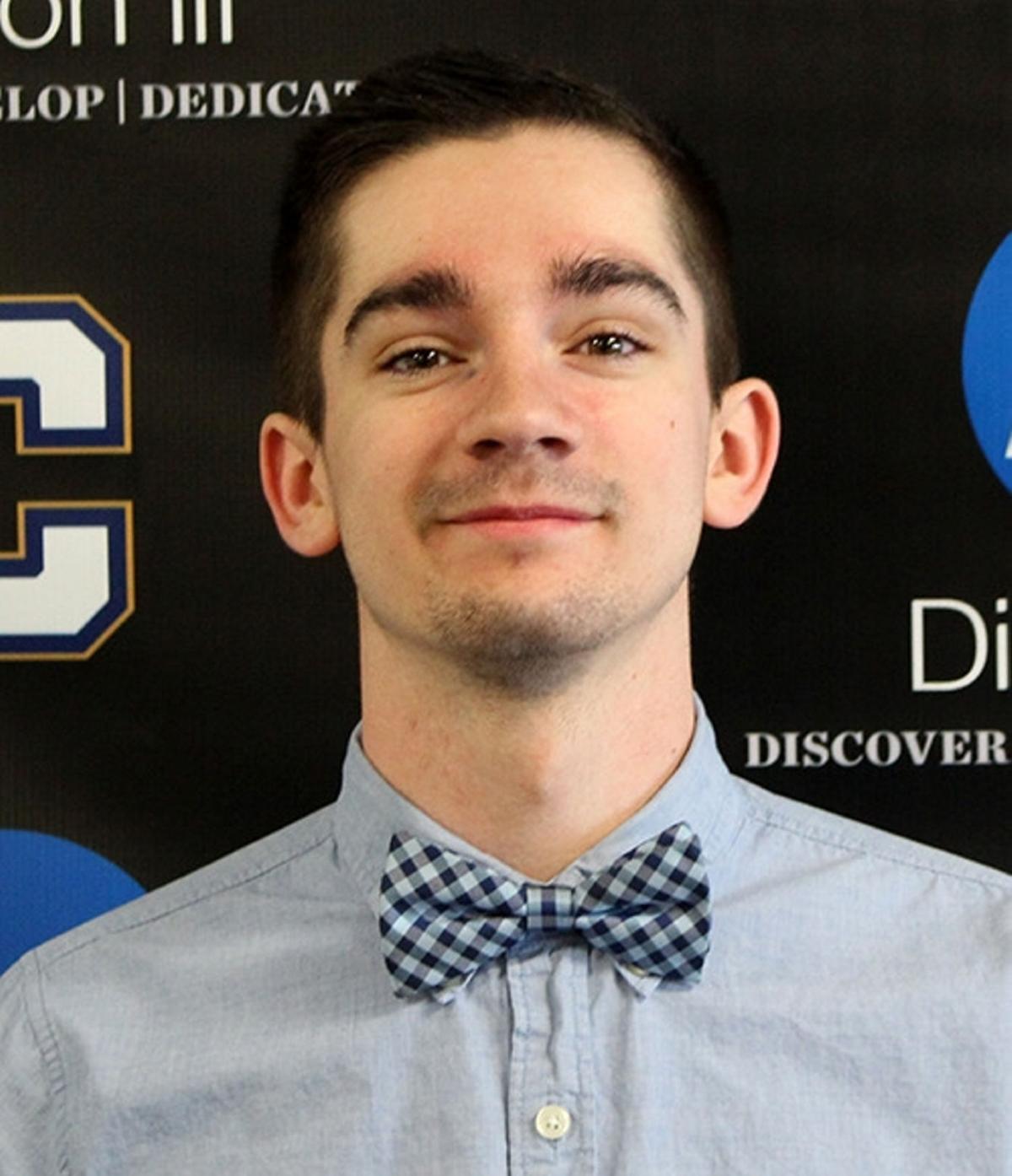 SUNY Canton’s Molly Denny was zeroing in on the school’s all-time scoring mark when the season was halted. SUNY Canton photo

SUNY Canton’s Jake Facey plans to return to the school next season for another shot at his senior season with the men’s lacrosse team. SUNY Canton photo

SUNY Canton’s Logan Bush, a Watertown native, plans to return for another season next year but knows many of her fellow seniors won’t be back. SUNY Canton photo

CANTON — Area senior athletes who play spring sports at SUNY Canton are still trying to figure out their futures as they ponder the idea of coming back next spring for another crack at their senior seasons after the COVID-19 coronavirus caused this season to be canceled.

Adams native Molly Denny would like to come back and play on the women’s team, but she wants to see how her classes will work with that plan. It’s possible, if she goes to graduate school, she could wind up playing for SUNY Oswego instead.

“I have to talk to my parents about it a little bit,” said Denny, who is still living in Canton and taking online courses. “I don’t have any set plans. I was going to go to grad school for school counseling before all this happened. I could try to be a substitute teacher until I went to grad school the following year. It’s not like I had a job lined up or anything.”

Denny said she was planning to attend SUNY Oswego for grad school, which could require her to make a difficult decision.

“I could go play there,” Denny said. “Oswego killed us (19-5) when we played them two years ago. It would be cool to play on a team like that, but I also don’t know if I could jump in to play for one year without all these people I’ve been playing with for a while. I would rather come back and play with my team.”

The issue for Denny is the cost. She’s heard there may be an NCAA rule, just for this kind of situation, that would require a spring senior take only one class to be eligible. She doesn’t want to have to take a full load, and spend close to $20,000, just to play lacrosse.

SUNY Canton women’s coach Adam Todd will wait until probably sometime in the fall to find out if he will have Denny back on his team next spring.

“She developed more as a college player than she did as a high school player (at South Jefferson),” Todd said. “South Jefferson is a powerhouse for girls lacrosse and Molly was kind of a role player on those teams. She was a very talented player (for SUNY Canton). She really upped her game to become a superstar for us. She scores a lot. She has good vision. She’s really intellectual about the game and really driven to be better. I’m sure she’s disappointed that this was going to be here senior year. She had an opportunity to be our all-time leading scorer and break a lot of records.”

Denny ended this season third with 179 career points. She recorded 57 goals and 33 assists in 19 games last year and scored 40 goals as a sophomore. In the three games the Kangaroos played before this season was canceled, she scored eight goals. The career scoring record at the school is 248 points from Tressa Goolden, who played from 2012-15.

“I definitely do think about (records), but I try not to think about it too much,” Denny said. “I try to keep track but stay humble, too, and do my best. I definitely think I could have a great year and try to beat my (statistics) from last year. I think it would be fun to come back.”

Bush, a former Watertown High School player, was another productive scorer for the Kangaroos. Last year she supplied 25 goals and 14 assists in 17 games and helped SUNY Canton become the first team in school history to make an NCAA Division III Tournament appearance.

Before this season was shut down she had totaled eight goals and two assists in three games. She still has enough classes to take so she knows she’ll be back next season.

“Most of the seniors, I don’t believe, are coming back,” Bush said. “I wanted to finish with the players I started with. I’ve helped the team mentally and physically here. I want to help other players succeed. In high school I was one of the star players, but I didn’t really have a voice at the time. In college people expected more voice and that’s helped me have a lot of confidence in myself. People come to me for help about things.”

Bush, who has struggled with knee, ankle and hip injuries during her career, is back in Watertown but as a physical therapy student she’s been coordinating workouts for her team, which are posted on the school’s web site.

“It’s more body-lifting, instead of having weights, a lot of students don’t have access to that,” Bush said. “It’s core exercises, especially for my team. We are trying to create more endurance, doing some team running, like a Cooper test.”

Said Todd of Bush, “She’s really one of the most talented players we’ve ever had. She’s dynamic. She has a nice sense of the game. She knows when to change speeds. She probably had the opportunity to play at a higher level, but she had a lot of injuries in high school, which kind of held her back. We’ve been lucky we haven’t lost her long term. I don’t think she’s played a full season’s worth of games. She’s a strong leader who looks out for her teammates.”

Facey can relate to Bush when it comes to injuries. One reason he can come back next year is he’s missed so much time with injuries.

He was injured in his final high school season at Canton, where he was also a goalie on the boys hockey team and Most Valuable Player of the Times All-North team in hockey.

He played in one game in his first year at SUNY Canton. He then played in 17 last year, scoring 36 goals and adding 12 assists, and in the first four games this season he registered eight goals and one assist.

“It give me another year to play lacrosse and that’s what I’m looking forward to,” Facey said. “I feel bad for the other seniors. It’s frustrating and disappointing, the way (the season) ended in the blink of an eye. I feel for our seniors and seniors across the nation.”

Facey injured his ACL in both knees during his career but said he is about 85 to 90 percent healthy now.

“I’m fortunate enough to have some weights and I have improvised with different weights,” Facey said. “I do a work out every day at my house. I’ll go to the (school’s) turf if it’s not raining and shoot around.”

SUNY Canton men’s coach Pat Harrington, also a Canton native, has known Facey since he was a kid as the families are friends.

“Being an alumni (of Canton High School), getting players from there is special,” Harrington said. “I’ve known them for most of their lives. I’ve known Jake most of his life. It’s been special to me. He’s a very good goal-scorer, a very smart player with great stick skills inside.”

The men’s team was 1-3 overall when the season was halted and would have traveled to Waterville, Maine, to play Thomas College in the first North Atlantic Conference game of the season.

The women’s team lost its first three games of the season but was eager to defend its NAC title and try to play in another NCAA Tournament.

“I was pretty upset,” Denny said. “I definitely thought we had a lot of potential this year. We had a lot of younger players. We didn’t have as many people who had been playing together for as long as we had in the past. We just played a few games and didn’t get into our groove yet. I’m just trying to keep everything in perspective. It does suck, but everybody else is in the same boat we are. It does stink, but it’s out of our control. I’m upset about it, but there’s nothing I can really do about it.”