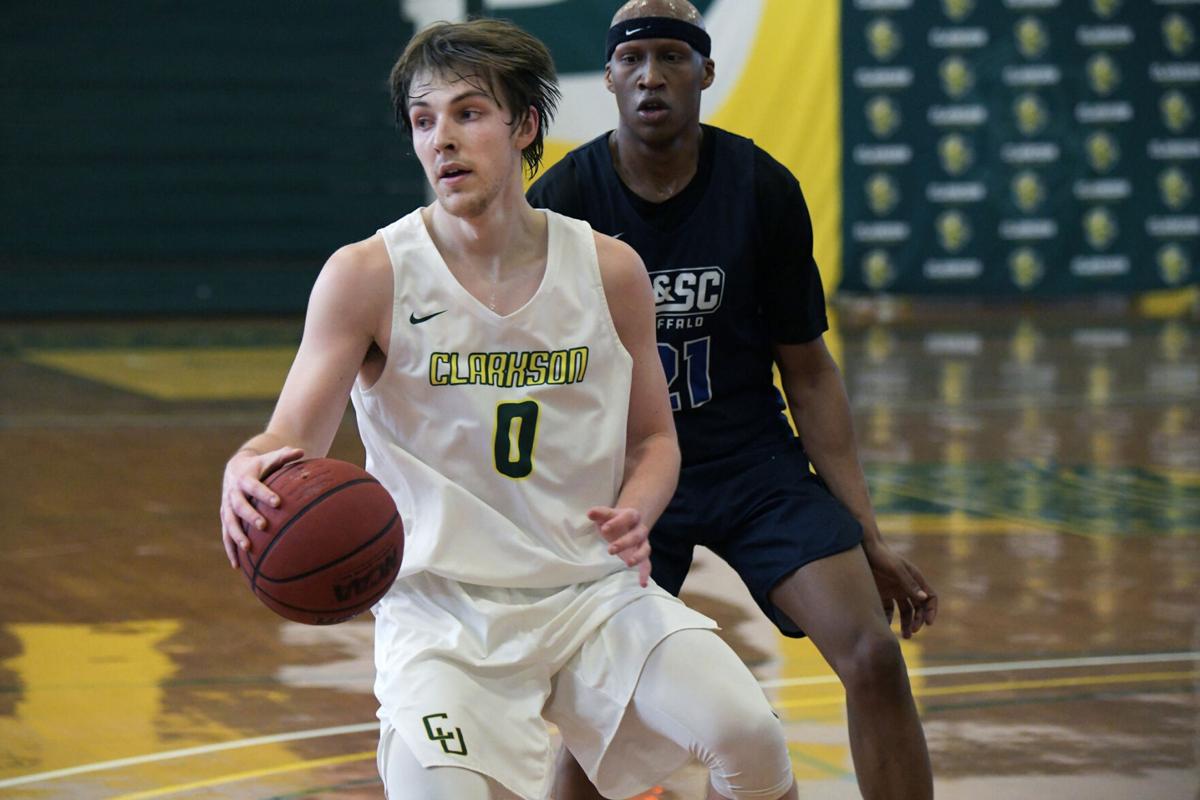 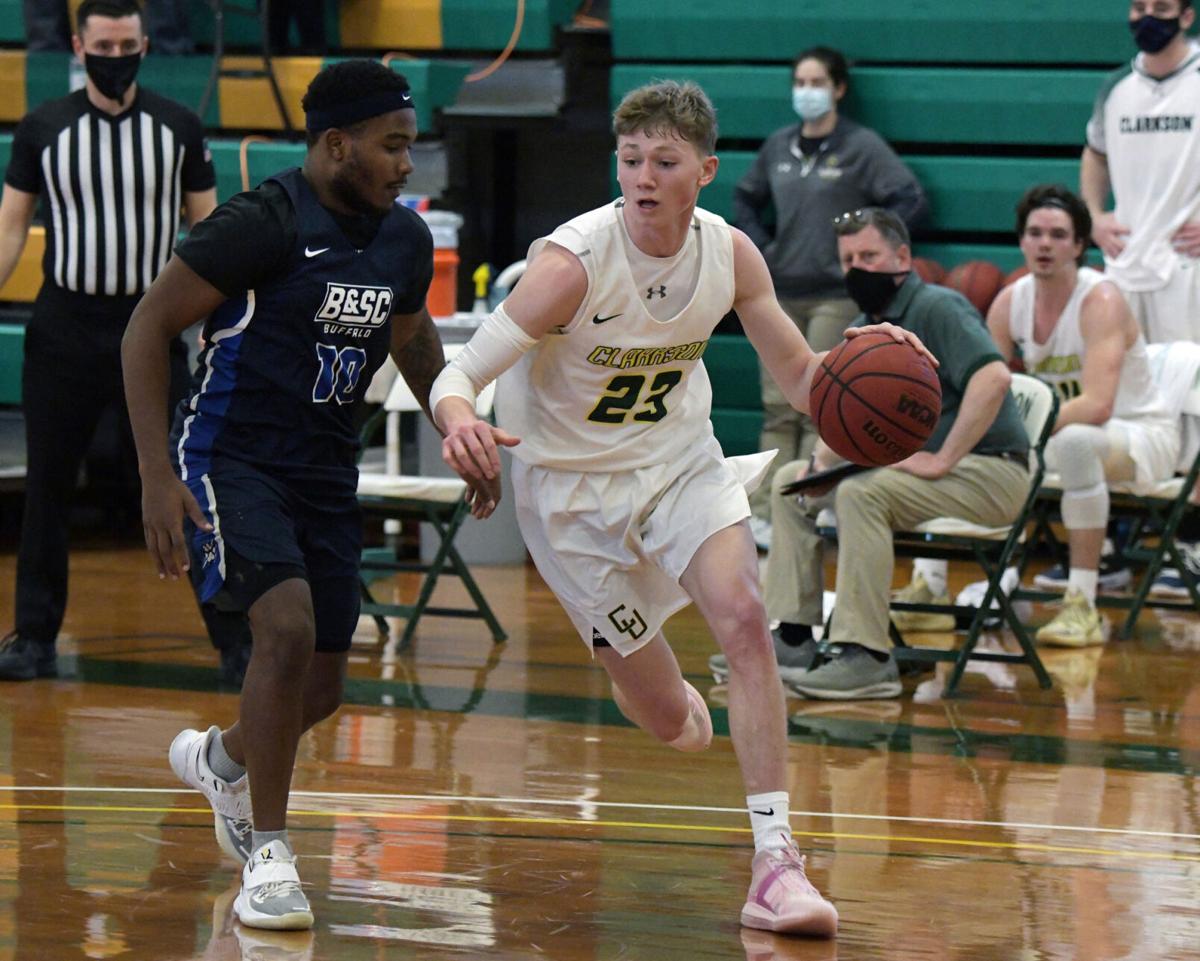 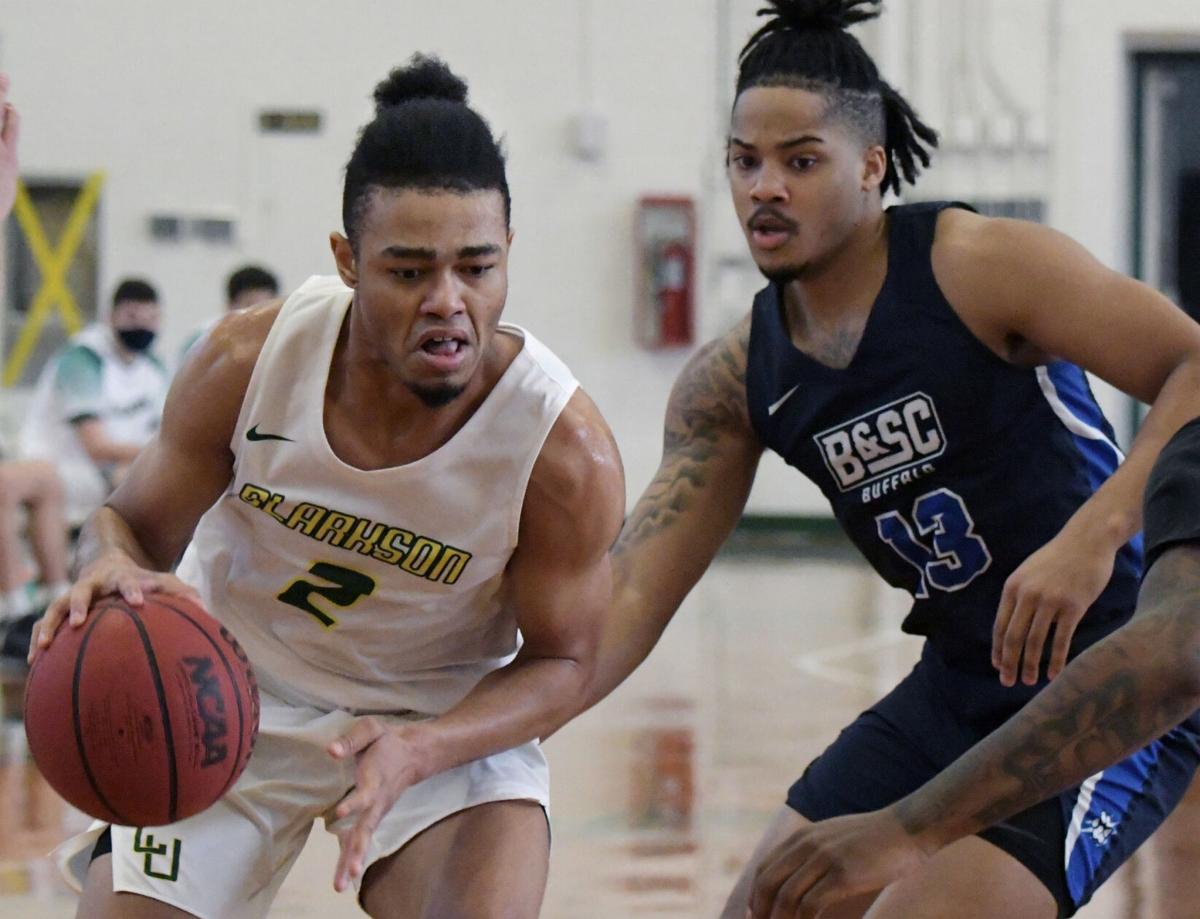 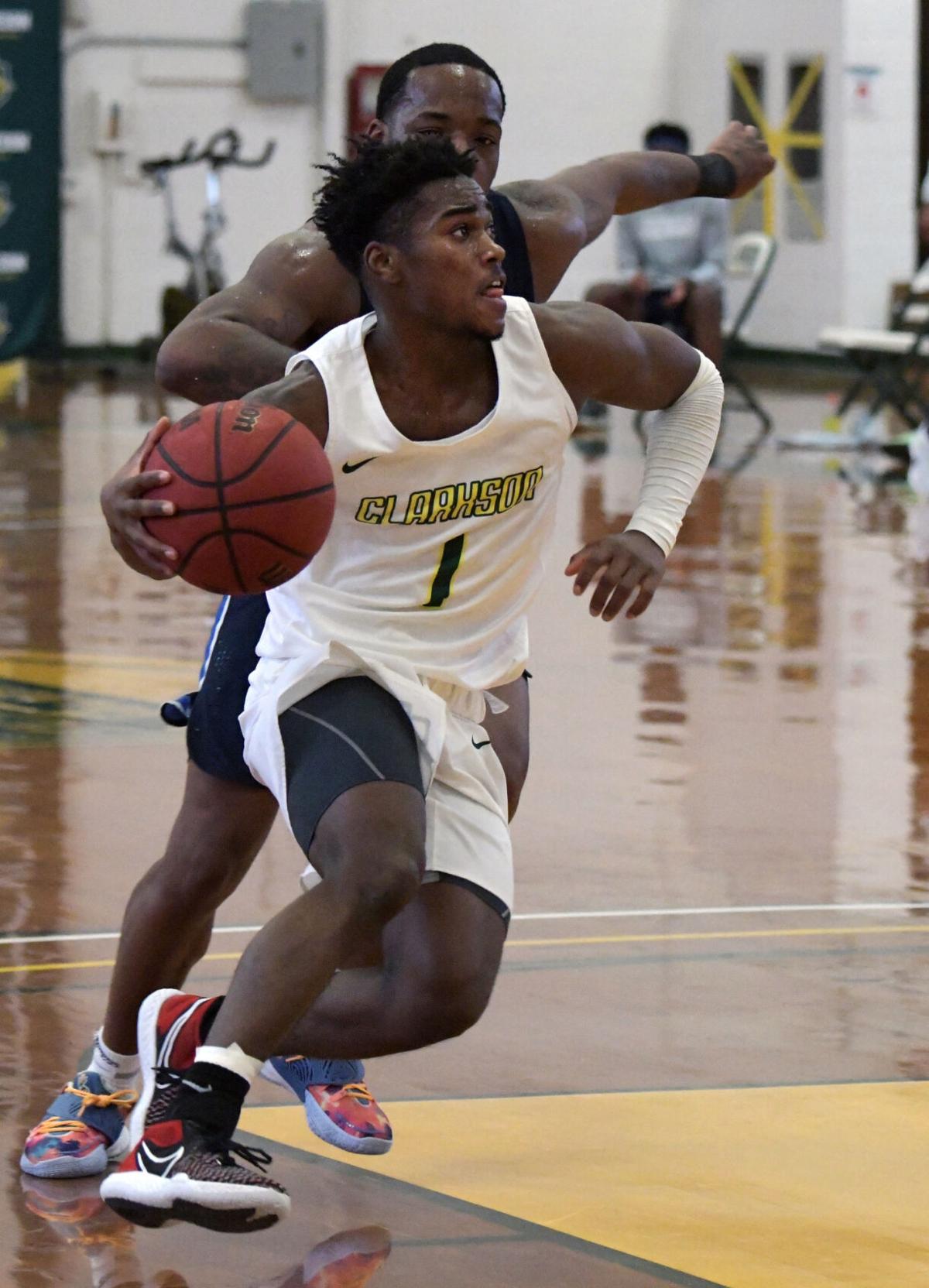 POTSDAM — Bryant & Stratton pulled away from the Clarkson University men’s basketball team in the final minutes to win a nonconference game 107-97 Saturday afternoon at Alumni Gym.

The Bobcats trailed by six at halftime but outscored the Golden Knights 64-48 in the second half to pick up their second win against the Golden Knights this season. Bryant & Stratton (6-3 overall) defeated Clarkson 86-78 on Jan. 16 in Buffalo.

“Bryant & Stratton has some bigs that are tough to handle on the inside, as they are strong and athletic, and we did an OK job against them in the first half, but in the second half we didn’t have much of an answer for them,” Clarkson coach Jeff Gorski said.

Bryant & Stratton, which is coached by former Syracuse and NBA player Damone Brown, started quickly, scoring the first five points of the game and building an early 9-3 lead.

Clarkson stayed in the game early thanks to the shooting of Lucas, who hit four 3-point baskets in the first half.

Lucas made his first shot with 16 minutes, 41 seconds left in the half, then after the Bobcats went up 9-3 he hit two straight 3-pointers and was fouled on the second, putting Clarkson ahead 10-9 with 15:17 left.

Lucas followed that with another 3-pointer and Clarkson pulled ahead 18-13.

The biggest lead for Clarkson in the first half was 35-23 with 7:09 remaining, with Phelps scoring seven points in that stretch.

The Bobcats responded with a 14-5 run to cut the Golden Knights’ lead to 40-37. Clarkson ended that run with a 3-pointer from Hulbert with 3:07 left.

The Golden Knights ended the half with a 49-43 advantage, with 16 points coming from Lucas.

The Bobcats scored the first nine points of the second half to go ahead 52-49, taking their first lead since early in the game when Waters scored and also made a free throw with 18:08 left in the game, making it 50-49.

Bryant & Stratton went on a 12-3 run early in the second half to pull up 71-61. That spurt was snapped by a 3-pointer from Phelps.

“That team usually doesn’t shoot a lot of 3-pointers, but they made more today than they have in any other game all season,” Gorski said. “We did our damage from the 3-point line, but the difference wasn’t enough for us to win today.”

Clarkson went on a 12-2 run to tie the game 73-73 with about eight minutes left in the half. The game stayed within two or three points until Bryant & Stratton pulled ahead 90-82 with 4:22 remaining.