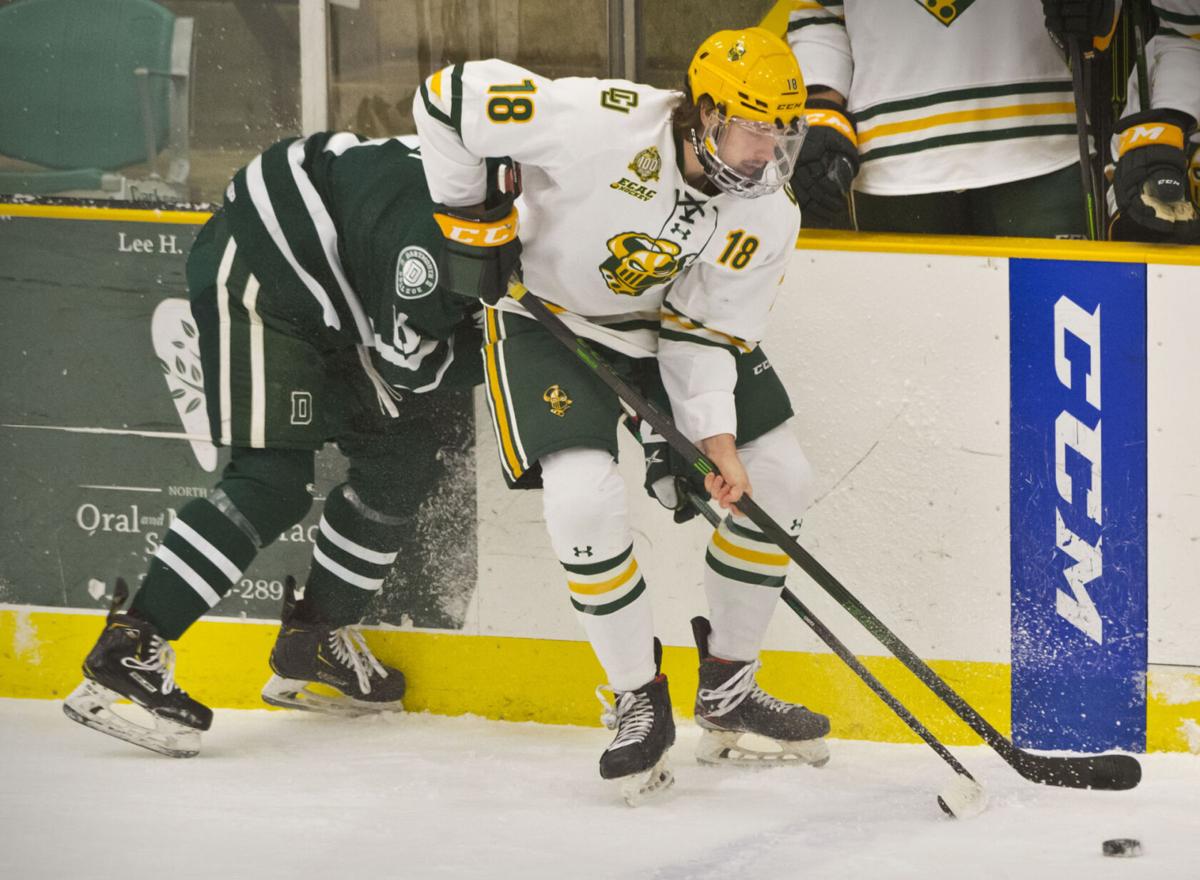 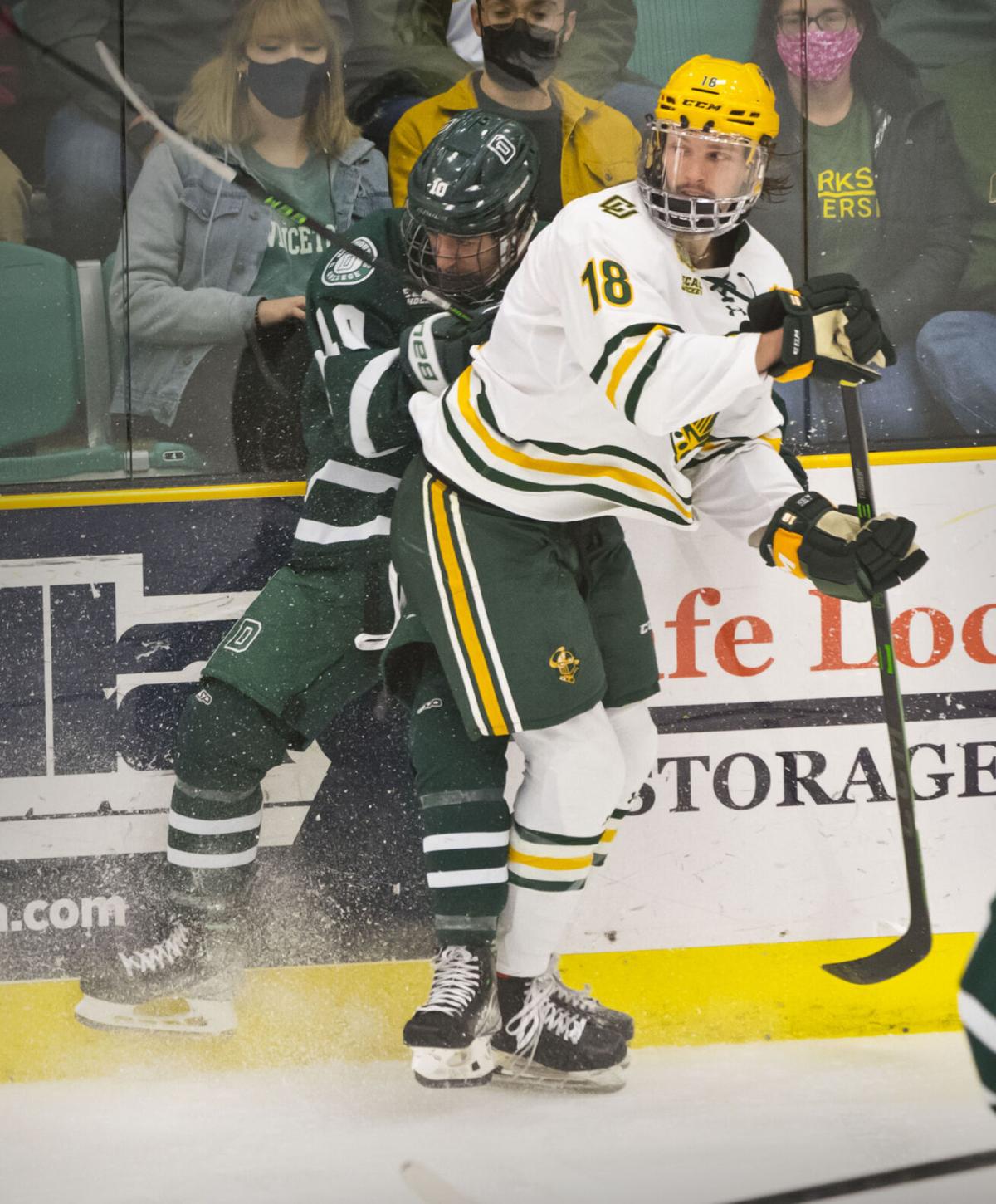 The 6-foot-3, 192-pound native of Richmond Hill, Ontario, scored a power-play goal in the second period of Clarkson’s 3-0 victory over Dartmouth in an ECAC Hockey game at Cheel Arena, but one particular witness to that goal made it that much more special.

Beck, who was chosen by the St. Louis Blues in the seventh round of the 2020 NHL draft, scored in front of Clarkson’s all-time leading scorer Dave Taylor, who is now the vice president of hockey operations for the Blues and was watching from the press box.

Taylor’s No. 24 hangs in the rafters at Cheel Arena and he was in town as part of Clarkson honoring players from the 1960s and ’70s during its 100th season celebration.

“It was pretty special,” Beck said Saturday. “I didn’t think about that too much. It was a pleasure to meet him this afternoon and get to know him a little bit. I didn’t get to go to (prospect camp in the summer). He’s a Clarkson legend. His number’s in the rafters. It was a pleasure getting to know him that well.”

Beck’s main job isn’t to score goals and Saturday’s was just the second of his career. He is off to a good offensive start this season, however, with one goal and three assists in 11 games.

Lapointe, who is from Granby, Quebec, carried the championship trophy out on the ice while the banner was raised.

“It was huge for him and our team both,” Saints coach Brent Brekke said of Lapointe’s visit. “This is our first time that we’ve seen him on campus here since he got diagnosed. He is special to have in the building. He’s continuing to battle. He’s had some adversity. For him to be here tonight, it meant a lot to everybody, to his family for sure. There was smiles on our guys faces when they saw him walk in the room.

“To know what he’s going through, he’d give anything to be here right now and to be in the locker room with the gear on and stepping on the ice. We know he’s going to get here at some point. But he’s continuing to battle.”

Lapointe played an important role in his freshman year for the Saints, with four goals and five assists in 17 games. In his last year of junior hockey, with the Coquitlam Express of the BCHL, he produced 29 goals and 31 assists in 56 games.

His decision to take part in Friday’s ceremony was not an easy one, according to Brekke.

“He wasn’t sure if he was going to do it,” Brekke said. “He was a little uncomfortable. He wasn’t even sure if he wanted to come down. It’s a tough spot where he is battling hard right now. He’s had some adversity as of late with things. It means the world to everybody to have him here. He’s a pretty special piece of our team.”

Said sophomore Luc Salem, “It was awesome to see him. He’s going through super-tough times and we are all praying for him. I can’t wait to have him back. We haven’t seen him in a good amount of time. It made it that much more special to have him here.”

Clarkson freshman George Grannis, a native of Duluth, Minn., scored his first goal as a Golden Knight on Friday in Clarkson’s 6-2 win over Harvard.

It was a welcome moment for Grannis, who registered 19 goals and 19 assists last year in junior hockey for the Bismarck Bobcats of the NAHL.

“It’s huge,” Grannis said. “A lot of credit to my linemates. (Ryan Richardson) really did all the work. I just put my butt in front of the net and made my stick look pretty for him. As far as anxiety of playing or scoring goes, I feel it goes down a lot as the season goes on, at least for me. I get more comfortable and get confidence.”