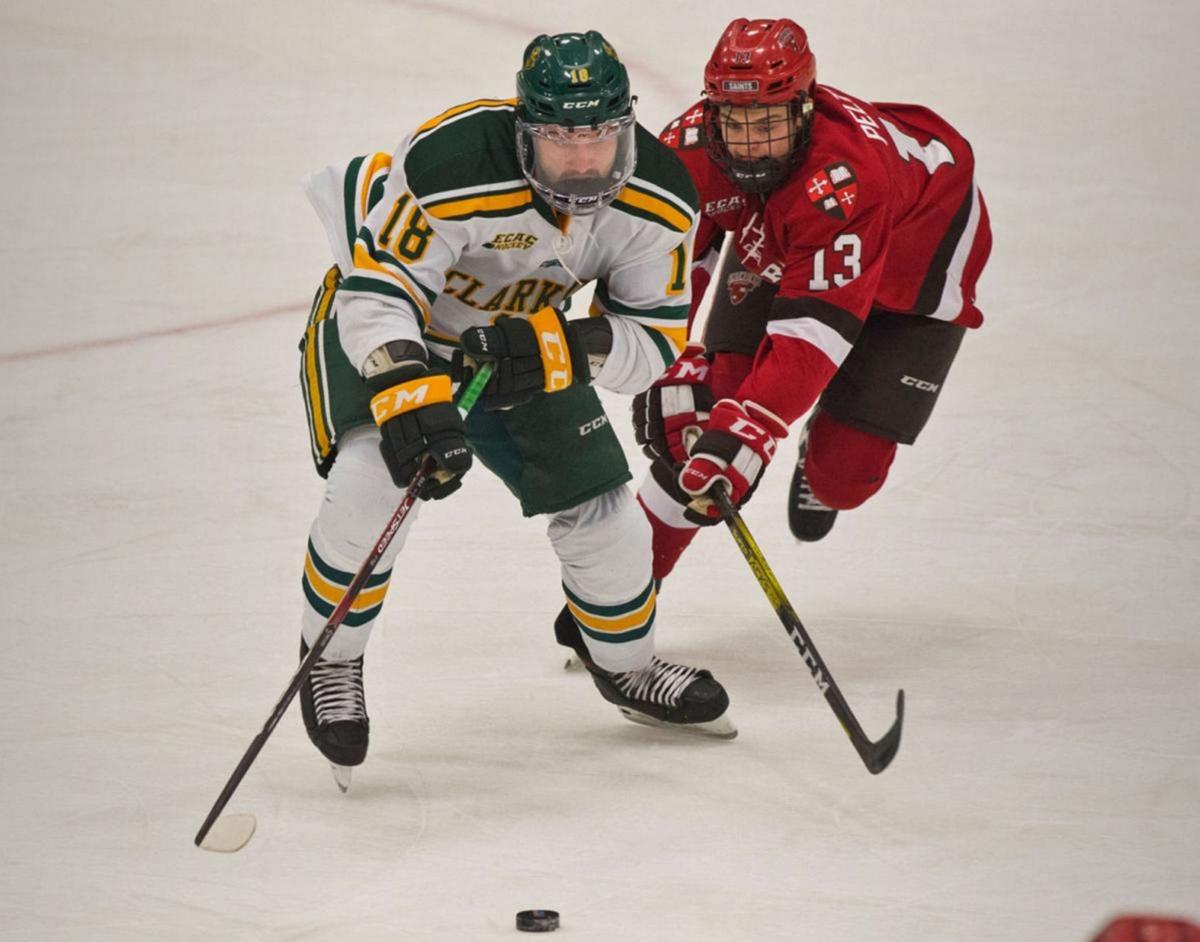 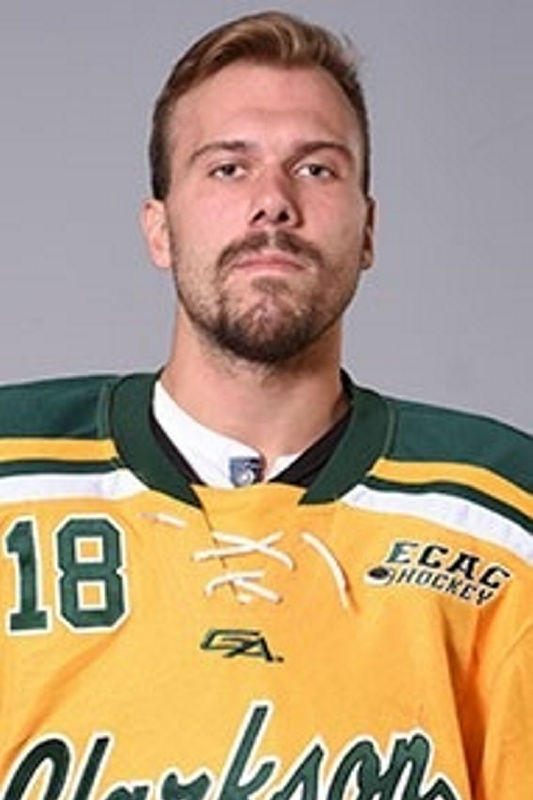 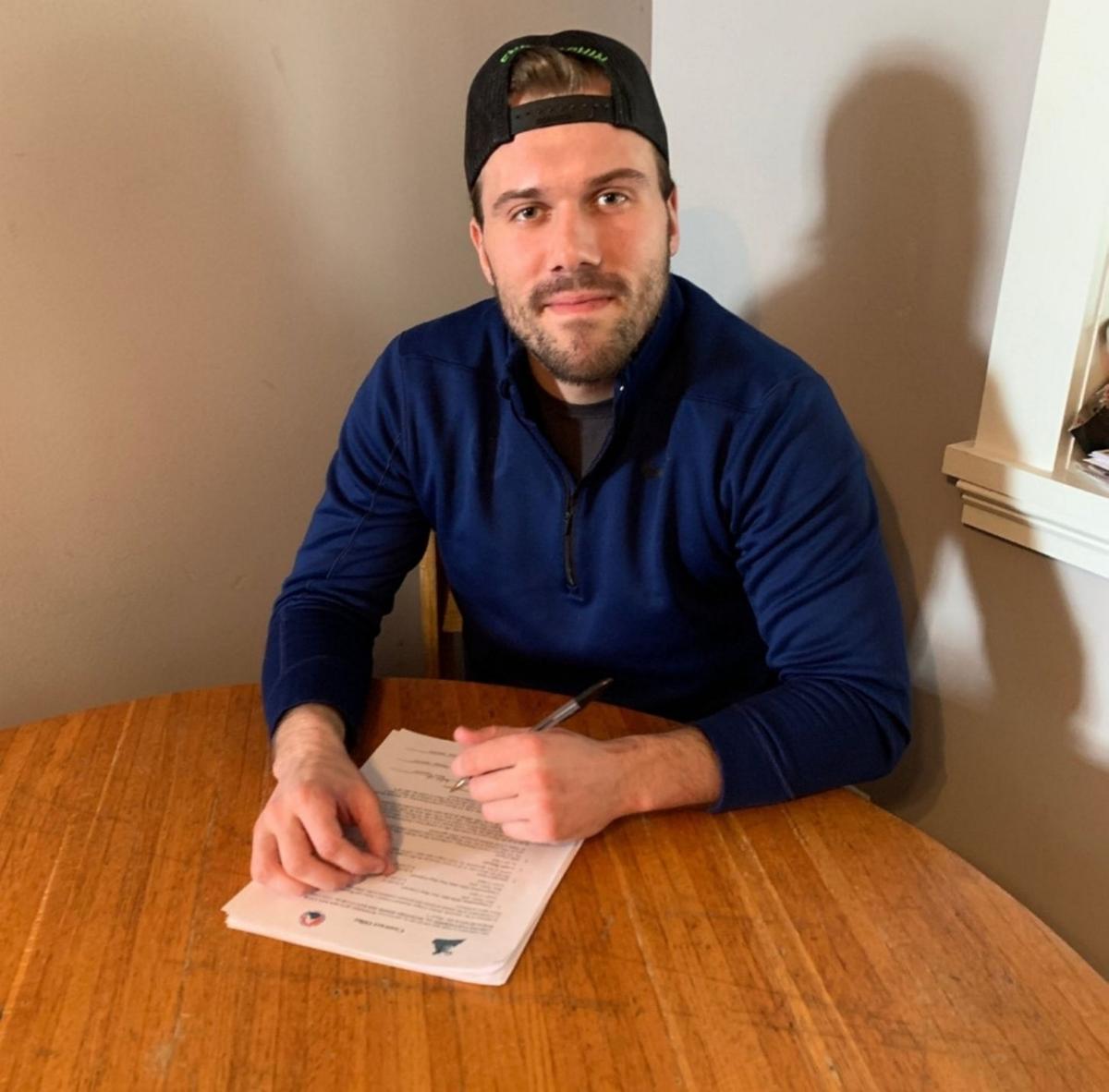 Clarkson University senior Haralds Egle became the third member of this year’s class to sign a professional hockey contract this spring as he joined the American Hockey League’s Manitoba Moose on Tuesday.

Egle, a native of Latvia, joins teammates Devin Brosseau and Greg Moro, who signed AHL contracts earlier this spring. Moro, a defenseman, signed with the Stockton Heat, and Brosseau, a forward, joined the Bakersfield Condors.

The Clarkson class of 2020 already had already sent three players to the AHL this season. Forward Shelton Rempal left after his sophomore year and plays for the Ontario Reign. Nico Sturm, a forward who left after last season, played for the Iowa Wild, and goalie Jake Kielly, who also left a year ago, was with the Utica Comets.

Egle signed a two-year contract with Manitoba, which is affiliated with the NHL’s Winnipeg Jets. Both teams call the Bell MTS Place arena home.

Egle, who is 23, was a third-team member of the ECAC Hockey All-League team this year after registering 14 goals and 18 assists in 32 games. He finished his career with 105 points on 44 goals and 61 assists in 135 games.

Egle was a key member of the 2019 ECAC Hockey championship team for Clarkson and the Golden Knights played in two NCAA Tournaments during his career and would have played in a third this season if the remainder of the year had not been canceled due to the COVID-19 coronavirus. He scored a goal in last year’s NCAA Tournament game against Notre Dame.

Egle was first noticed by the Jets organization when he attended the team’s development camp last summer.