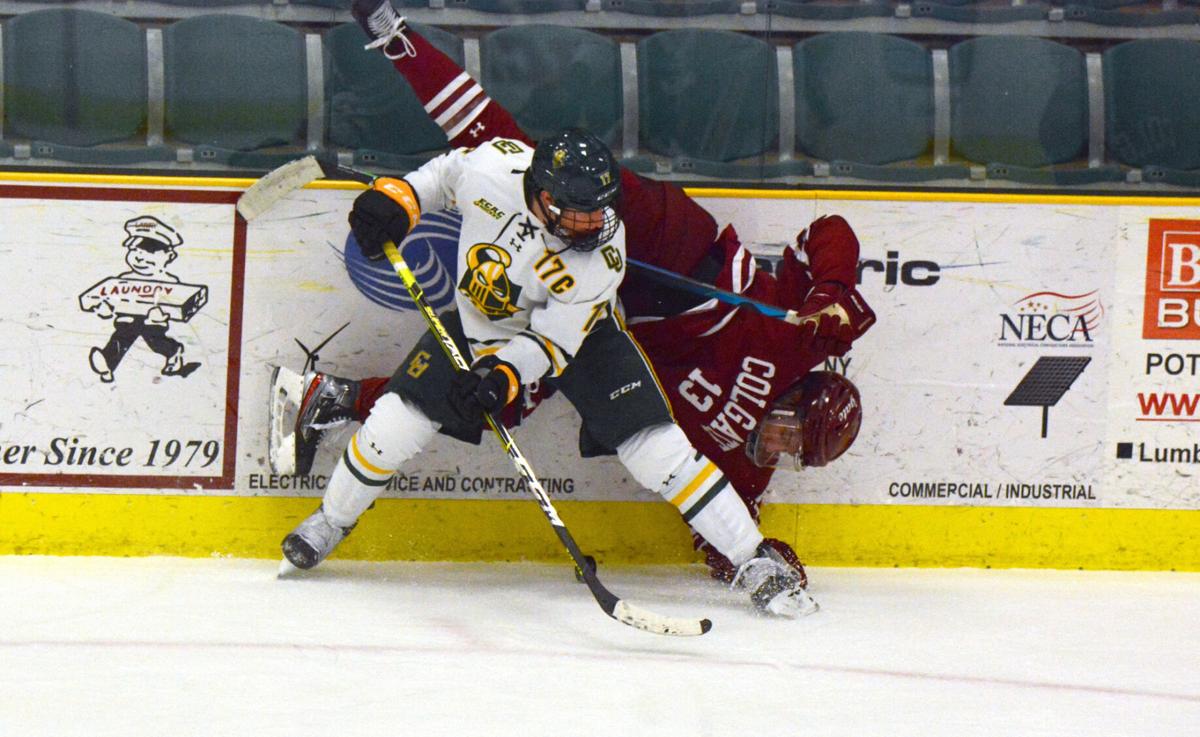 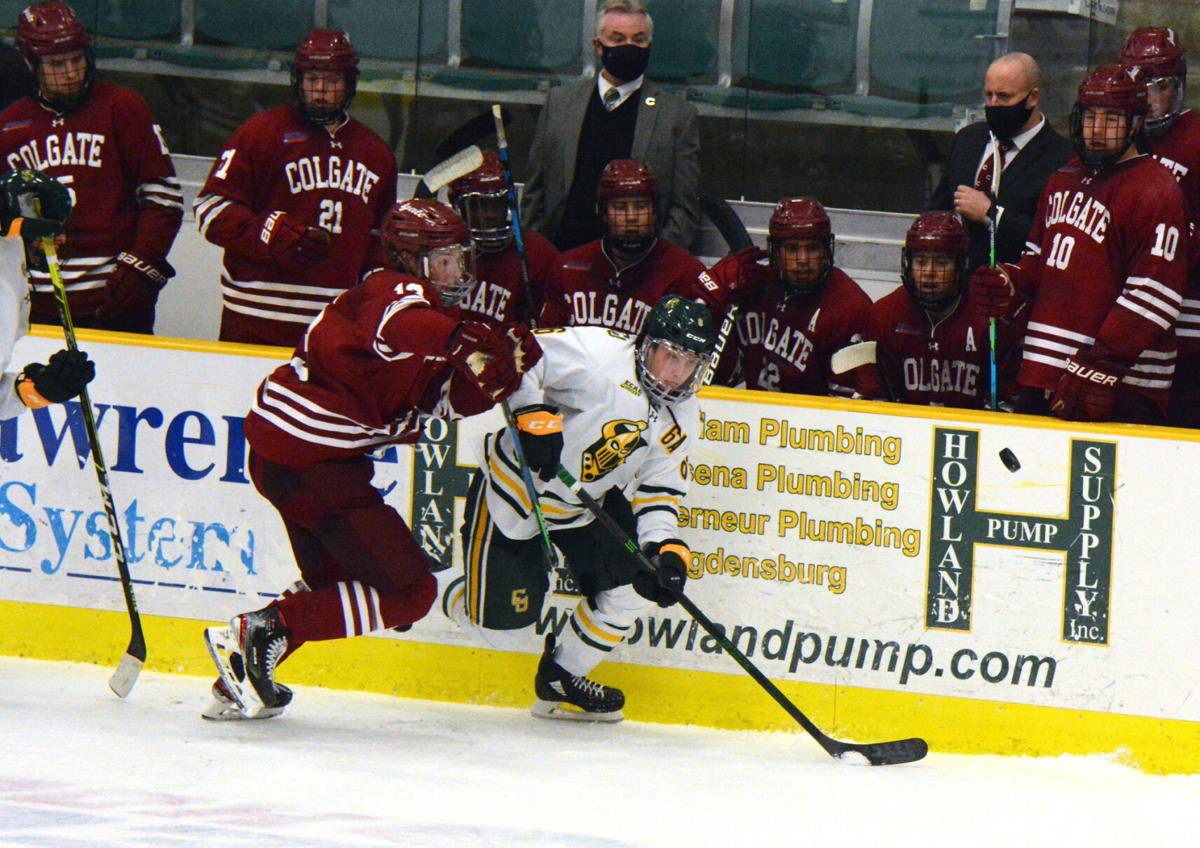 POTSDAM — Matt Verboon scored the final two goals for Colgate, including the winner in overtime, as the Raiders edged Clarkson, 5-4, in a men’s nonconference hockey game Wednesday at Cheel Arena.

Colgate (1-1 overall) avenged a 2-1 home loss to Clarkson on Nov. 22 with Verboon’s goal at 3 minutes, 10 seconds of a three-on-three overtime period.

“I like what (Colgate coach Don Vaughan) has done with his team there, they move well and they skate well,” Clarkson coach Casey Jones said. “They’ve taken a good step. It was one of those nights where I thought we can’t be giving up the goals we are giving up. We make some mental mistakes that end up in the back of our net. It was costly tonight.”

Clarkson (4-3), which entered the game ranked No. 8 nationally, was playing just its second home game of the season. The Golden Knights beat RIT, 5-1, on Nov. 29.

Clarkson started strong with a power-play goal from Jack Jacome just 1:45 into the game to take a 1-0 lead.

The Raiders, who snapped a seven-game winless streak against Clarkson (0-6-1), responded with a goal from Ethan Manderville at 3:07 to tie the game 1-1.

Colgate thought it took a 2-1 lead at 8:29 of the first period when Trevor Cosgrove put a shot past Clarkson goalie Kris Oldham while both teams had a player in the penalty box.

But the officials ruled that Oldham had been interfered with after reviewing the play on video.

Clarkson went ahead 2-1 at 12:02 of the first period when Mathieu Gosselin scored on a one-timer off a nice pass from Alex Campbell.

Colgate answered at 17:51 with a goal from Colton Young and the Raiders took the lead when Griffin Lunn scored 63 seconds later.

Clarkson ended a wild first period with a goal from Grant Cooper with 18.4 seconds remaining to tie the game 3-3.

Jones put freshman goalie Ethan Haider into the game to start the second period, marking the second appearance of the season for the Nashville Predators’ draft choice.

Colgate moved ahead 4-3 during a power play at 3:34 of the second period on a goal by Verboon.

Clarkson tied the game at 5:56 of the second period on a goal from Campbell.

“That’s our line right now,” Jones said of Campbell’s line. “We’re getting offense from them and that’s kind of where it’s at right now. We need to extend our bench to generate offense. Alex with Matt (Gosselin) and Anthony Callin have carried us a big offensively. I thought tonight they were extremely effective again. We have to get more lines chipping in five-on-five.

“I don’t like our third periods at all right now. We don’t have enough push. I don’t know what it is. I find our energy isn’t great in the third. I think we are conditioned, but we have not been a good third-period team.

“We haven’t had a push and set the pace and a workman like attitude that we are going to take the game over by pacing teams.”

The Raiders had a good chance to take the lead when they held a five-on-three advantage for 50 seconds after penalties to Michael Underwood and Cooper.

With 28 seconds left in the two-man advantage Haider made a big glove save to keep the game tied, but the Raiders around the net began to celebrate, thinking Haider’s glove had crossed the goal line.

The officials reviewed the play and for the second time in the game a potential Colgate goal was waived off.

Haider came up big again with 2:04 left in regulation when Young found himself alone by the crease only to be stopped by Haider’s outstretched leg.

“I was excited for Ethan there,” Jones said. “He came in and made some big saves. That was certainly a positive tonight.”