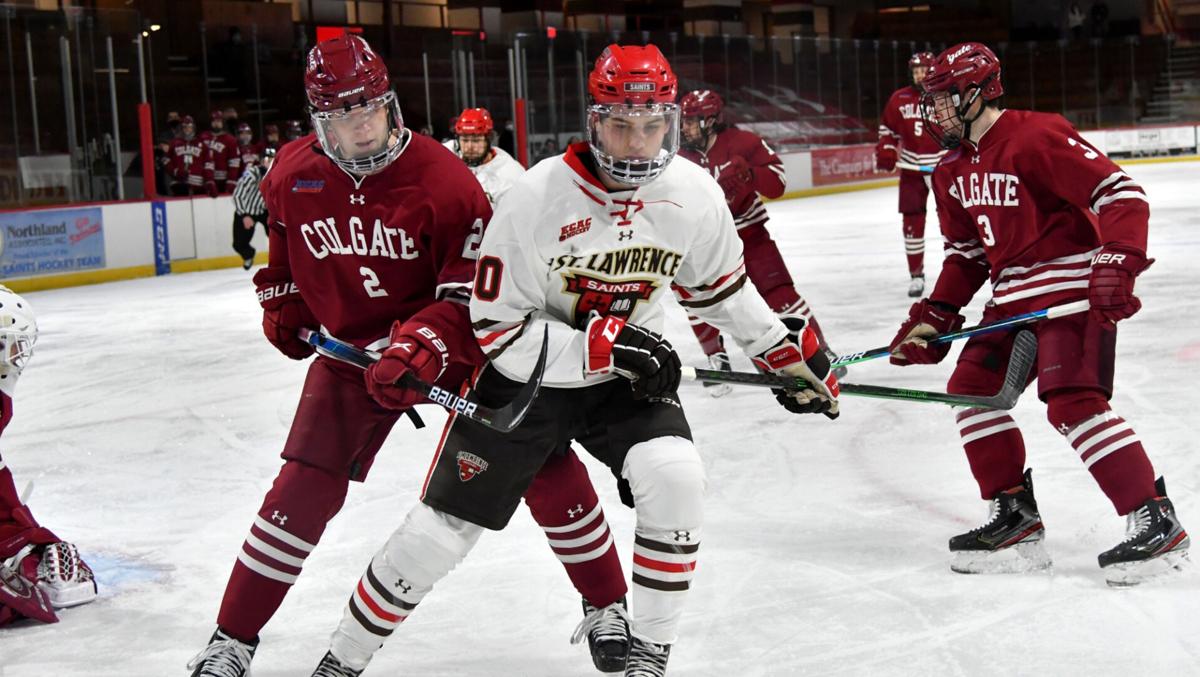 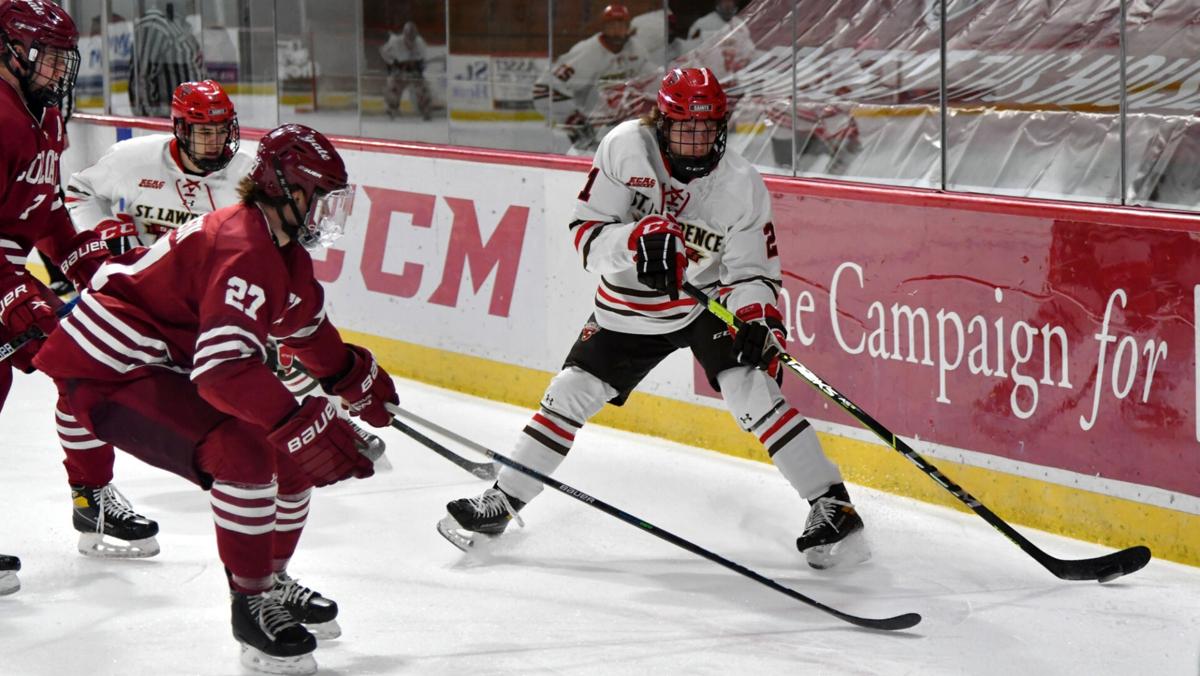 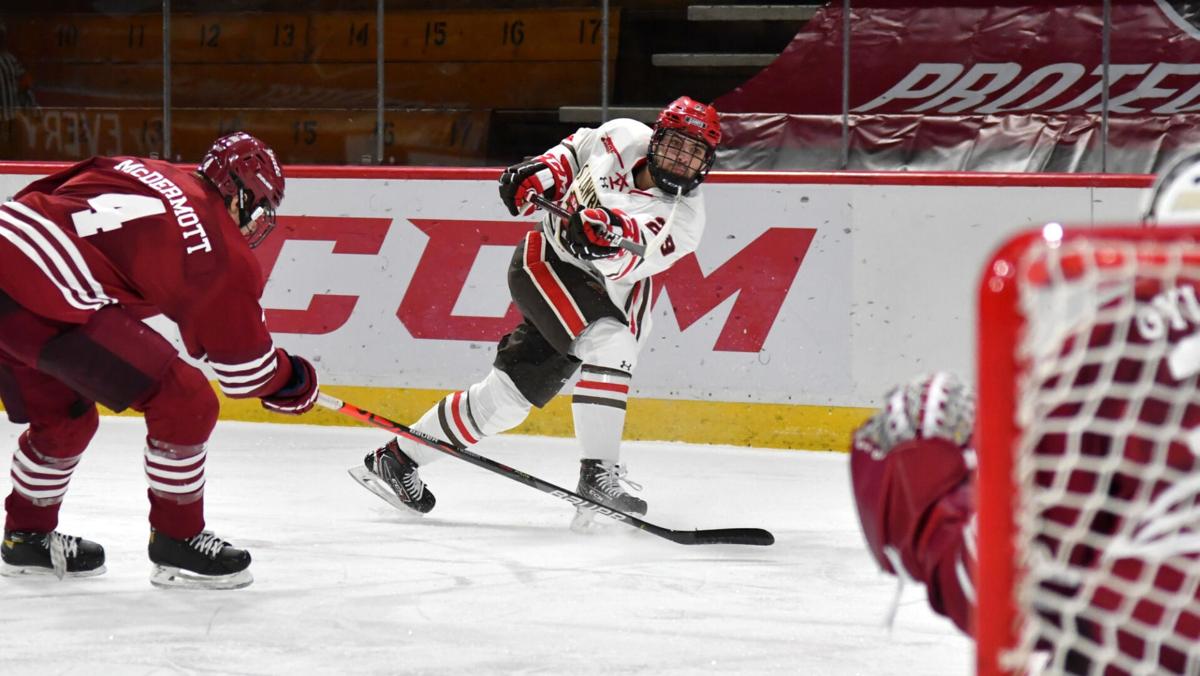 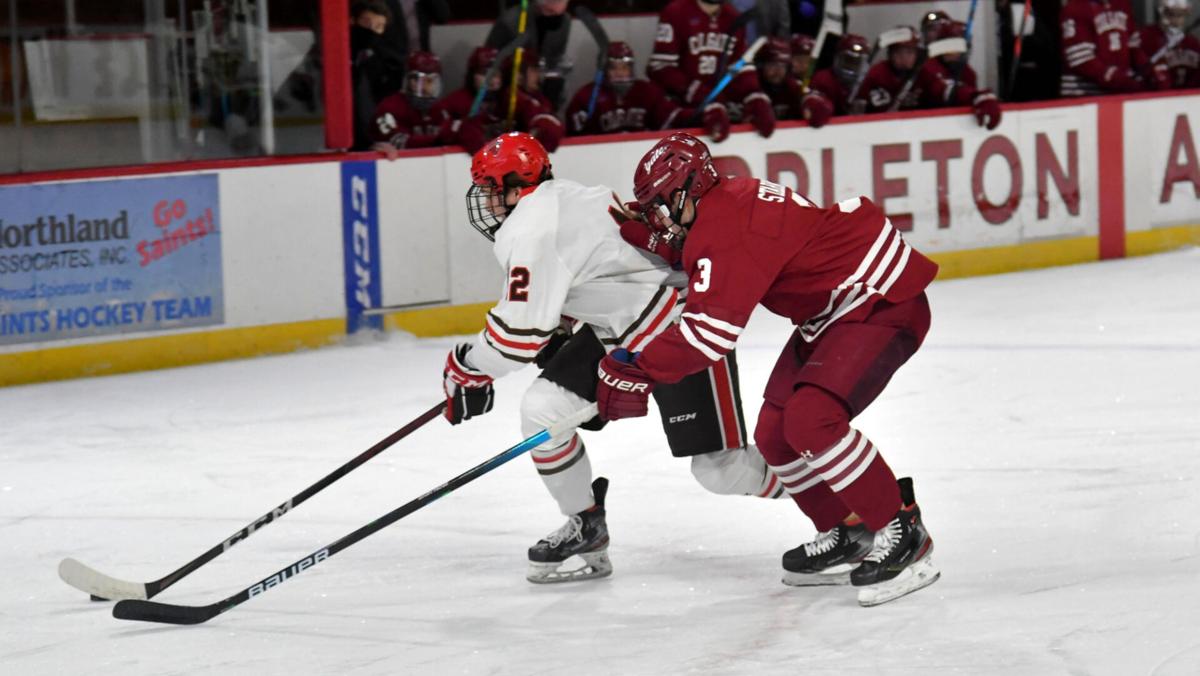 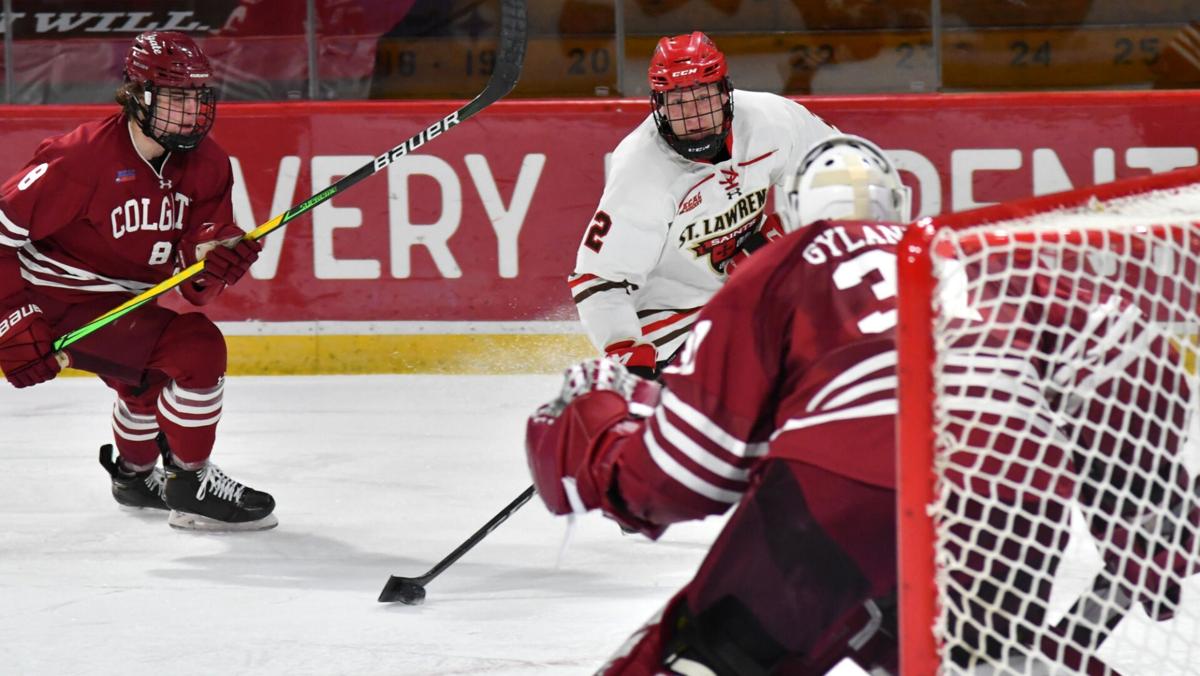 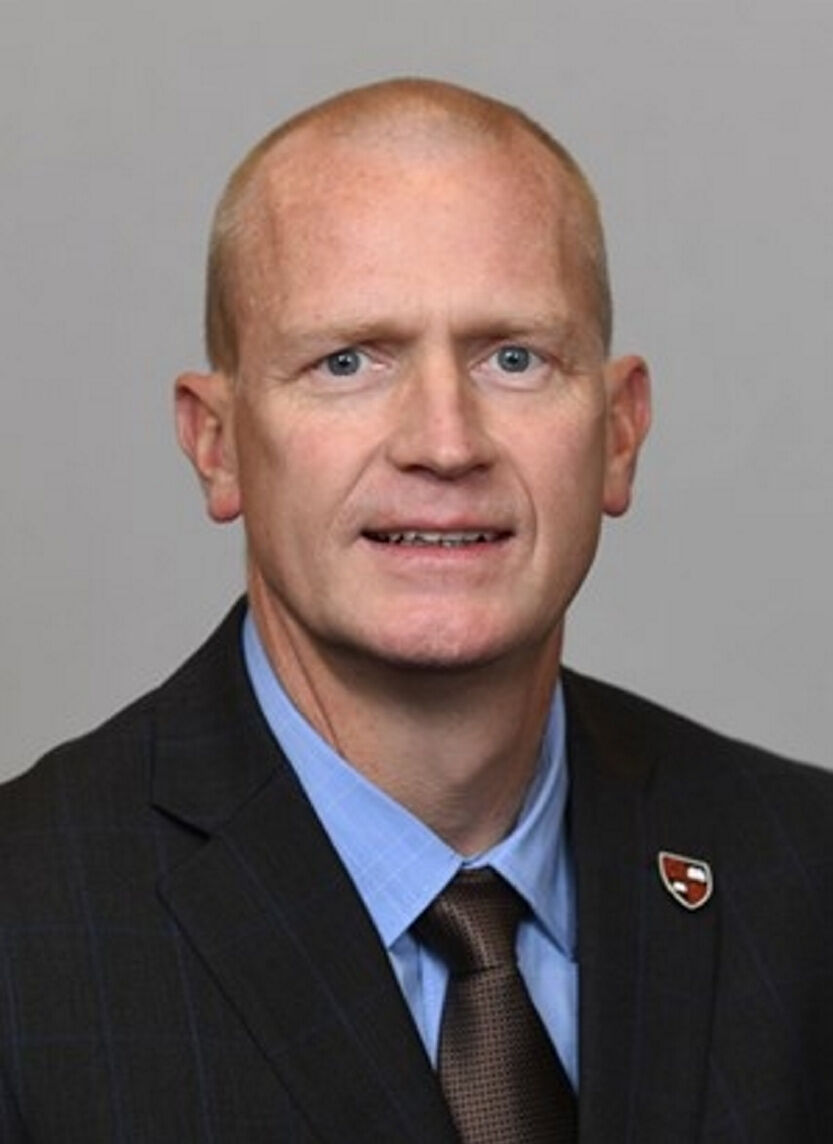 CANTON — The St. Lawrence University men’s hockey team experienced their first loss of the season Saturday as Colgate gained a 4-2 victory in an ECAC Hockey game at Appleton Arena.

SLU (2-1-1 overall and conference) trailed for the first time this year, built a one-goal lead in the second period but only to see the Raiders score the final three goals of the game, including an empty-netter with 9.1 seconds left to seal the win.

“We didn’t have the same start,” Saints coach Brent Brekke said of the game. “Our first three games the first (period) set the table for the rest of the game. Tonight, we didn’t. (Colgate) did a great job. They were flying and managed the puck and came at us pretty hard. Our energy level wasn’t good enough from the start and that kind of put us on our heels until the second period.”

The Saints had a chance to take a lead early on a two-on-one breakaway with freshmen Greg Lapointe and Luc Salem, but Lapointe’s shot went off the leg pad of Raiders goalie Carter Gylander.

The Raiders, who are 0-3-1 at home, but 2-0-1 in road games, looked to add to their lead when SLU’s Jake Stevens was called for an interference penalty just 68 seconds into the second period.

But Madrid native Kaden Pickering scored on a shorthanded breakaway at 2:21 to tie the game 1-1.

Pickering took his initial shot behind the circle but a Raiders player got a piece of it and it was stopped by Gylander.

The puck came back to Pickering, who shot again near the crease, and that shot went off Gylander’s pad. Pickering got the rebound again and put it in on his third attempt for his first goal of the season.

“The first (goal) is always hard to come by,” said Pickering. “I wasn’t expecting it to be easy. It kind of reminded me of one I had against Harvard last year, kind of whacking at the puck and hoping for the best.”

SLU went ahead 2-1 at 3:49 of the middle period on the first career goal of Nicholas Trela. David Jankowski made the first shot, which went off Gylander’s pads, and Trela was alone near the crease to tap it in.

The Raiders responded with a power-play goal from Matt Verboon at 6:15 to tie the game 2-2 and took the lead for good when Alex Young scored off a pass from Levi Glasman at 13:56 of the second period.

Brekke pulled Zetterquist with two minutes left to get an extra attacker and possibly produce a tying goal.

But Colgate’s Ross Minton sent a shot into the empty SLU net with 9.1 seconds left to give Colgate the win.

The three-game series, which started with a 2-1 SLU win in Hamilton on Thursday, ends with a 5 p.m. contest today at Appleton Arena.

For a second straight night, host Quinnipiac (7-4-1, 1-2-1) rallied from an early Clarkson lead. But this time the Bobcats were able to finish off the game in overtime thanks to a goal from Desi Burgart, 2:29 into the extra period in Hamden, Conn.

Quinnipiac started Saturday’s comeback at the People’s United Center with a goal from Jayden Lee at 15:29 of the second period.

Cooper scored his eighth goal of the season, and second of the game, at 3:32 of the third period to put Clarkson up 3-1.

Burgart scored his first goal of the game at 4:05 to cut the lead to 3-2 and the Bobcats tied the game with a power-play goal from Ethan de Jong at 7:10.

Quinnipiac outshot Clarkson 19-4 in the third period and 47-21 in the game.

The three-game series ends with another game at the People’s United Center at 4 p.m. today.

Clarkson and SLU are tied for first place with seven points each heading into today’s games. Colgate and Quinnipiac each have five points.