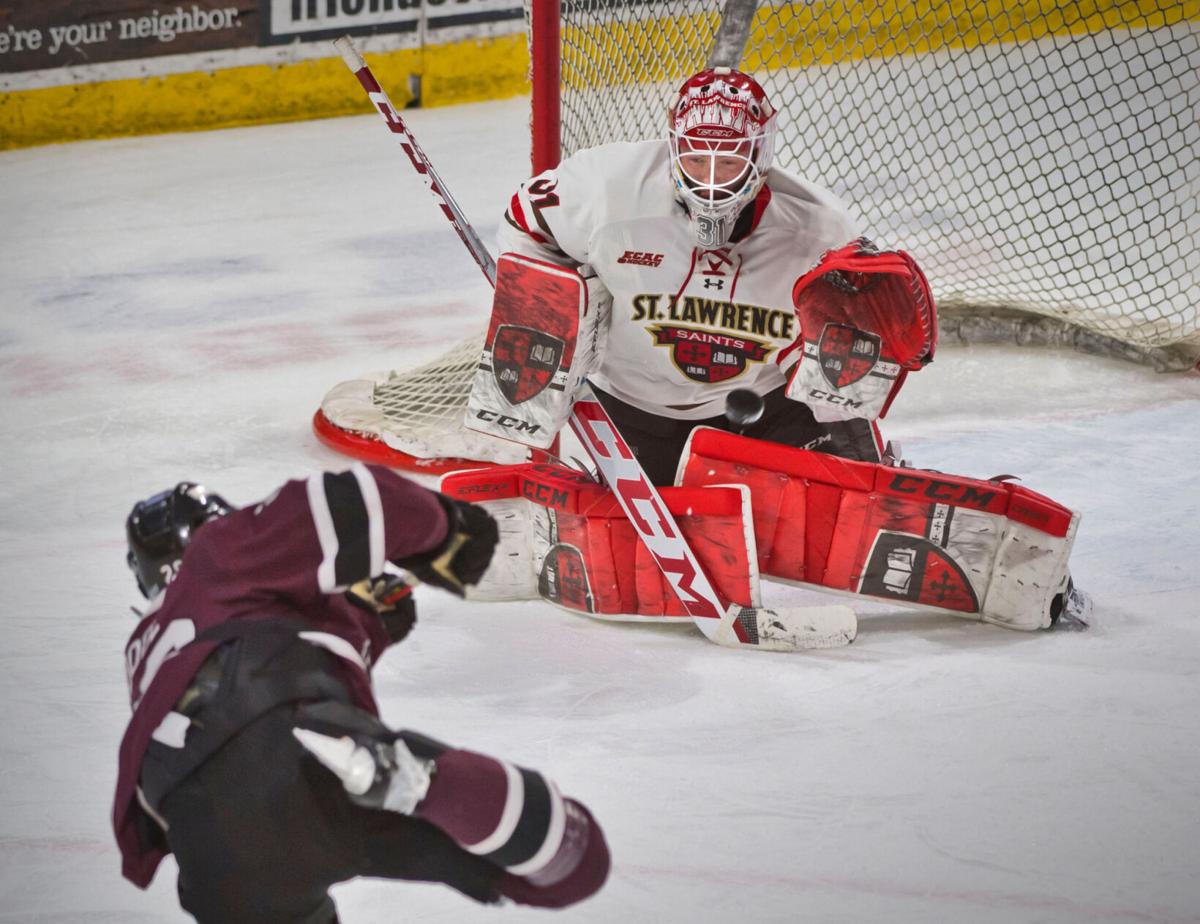 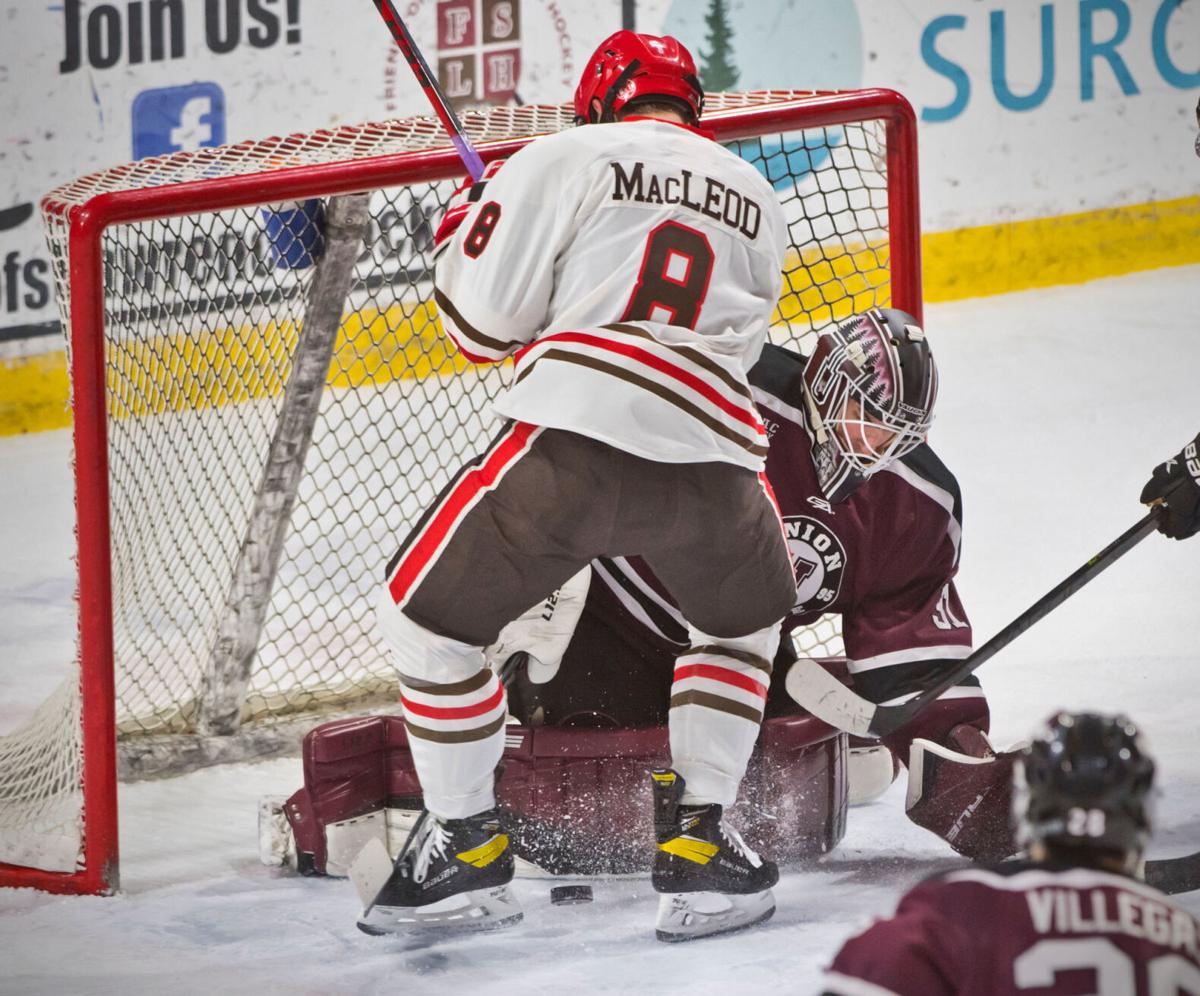 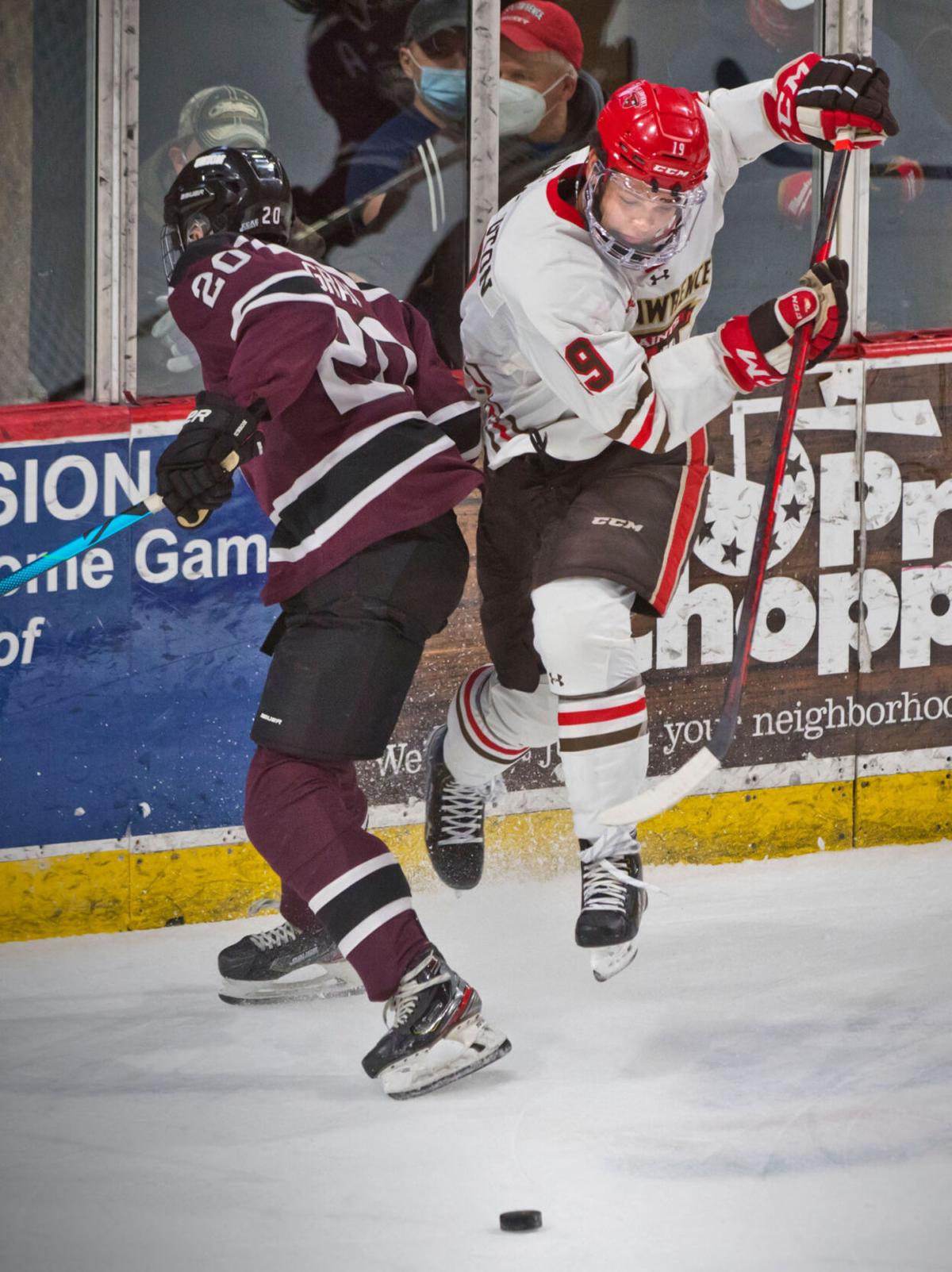 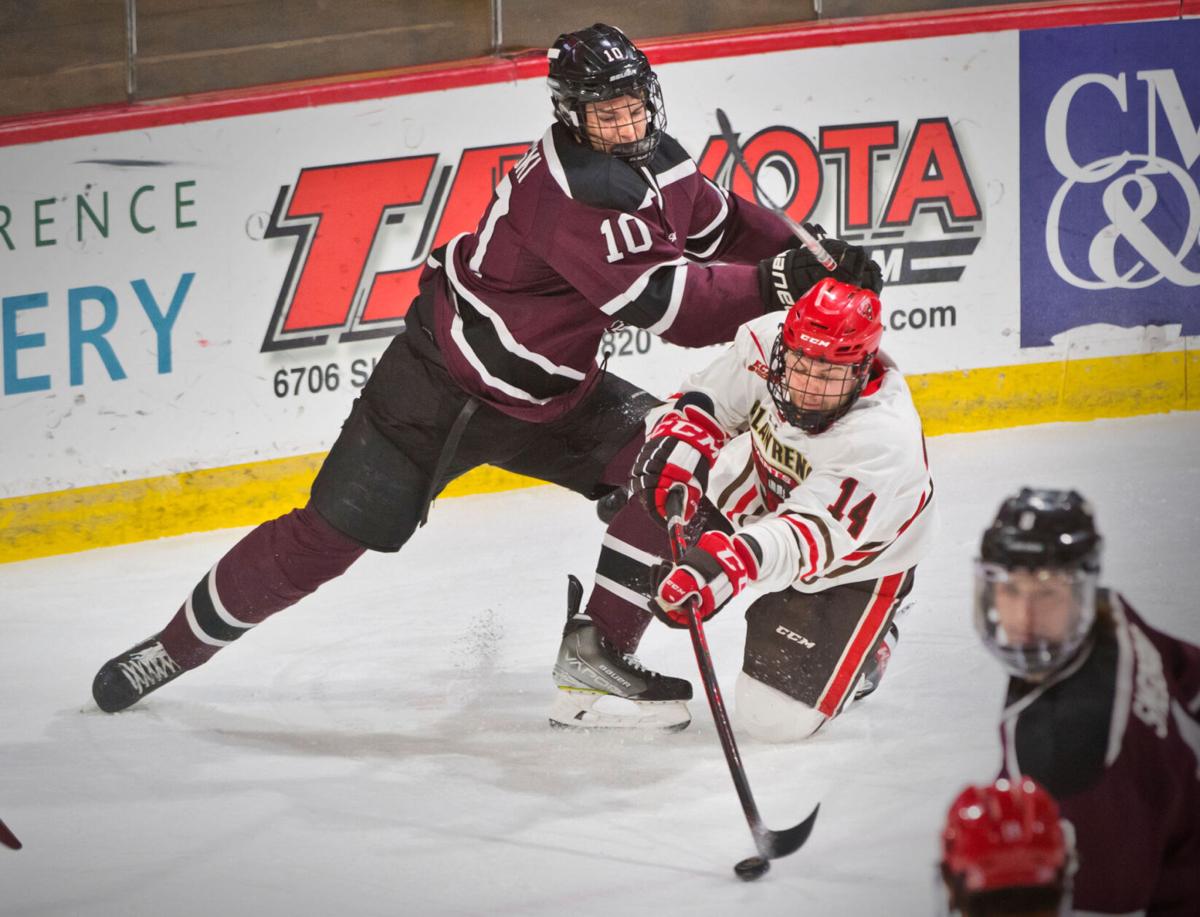 CANTON — A rough third period proved costly to the St. Lawrence University men’s hockey team in a 3-2 loss to Union College in an ECAC Hockey game Friday night before 492 fans at Appleton Arena.

“We have to find a way to win as a team,” Saints coach Brent Brekke said. “That third period wasn’t good enough. We gave a lot of (offensive) zone time for the first 15 minutes of that period. I don’t think we managed the puck. We turned pucks over and we weren’t strong enough on the puck and we were a little laid back defensively.”

The Dutchmen outshot SLU 14-2 in the first 15 minutes of the third period but didn’t produce the tying goal until Gleb Murtazin scored on a rebound of shot from Andrew Seaman to make it 2-2.

Another rebound goal gave Union the win as Seaman scored on the rebound of a shot from Chaz Smedsrud at 16:30.

“Towards our last five minutes of the second, we carried that to the third period,” said Union coach Rick Bennett. “We beared down and tried to win our stick battles. We didn’t give up as many rushes as well, which St. Lawrence does an excellent job of. We just got one more (goal) tonight, that’s all. It took us a while to start to execute. It finally kicked in at the right time.”

Said SLU co-captain David Jankowski, “We are a young team and I think that showed tonight. Good teams, and teams that end up winning championships at the end of the year, they find ways to close out games in the third. It’s a learning curve. That’s unacceptable. We pretty much gave that game away in the third. That’s something we are going to have to work on and stress. It’s really frustrating.”

Junior Francis Boisvert, who has had some tough luck in the past, was attempting to win his first career game and until late in the third period it looked like he might do so.

Union had two great chances to tie the game about 7:30 into the final period while on a power play. Gabriel Seger was alone near the crease on one chance and Boisvert smothered the puck with his glove.

A few seconds later, Boisvert stopped one Union shot only to see the puck land right on Seger’s stick. Seger tried to put it in the empty part of the net but Boisvert dove to the ice and blocked the shot.

“It’s really tough to see (a loss) after that kind of game from him,” Jankowski said of Boisvert. “He hasn’t played in a while, to come in and play like that speaks a lot to his character to have a performance like that. It’s unfortunate we couldn’t get the win for him.”

SLU struck first with a goal from Cameron Buhl at 10:09 of the first period.

Buhl took a pass from Jankowski, skated in on Union goalie Connor Murphy and beat him with a shot from the top of the circle over his glove.

“The (defense) kind of sagged off but (Jankowski) gave me some good words from behind and told me to shoot it, so I just took his advice and it went in,” Buhl said.

Union responded with a goal from Liam Robertson off a pass from Josh Kosack to make it 1-1 at 12:45 of the first period.

In the second period, Union’s Murphy was about to be called for interference.

While the official still had his arm up, waiting for Union to touch the puck, SLU took advantage with some nice passing to take a 2-1 lead on a goal from Justin Paul at 13:33. Oak MacLeod and Jankowski also assisted on the goal.