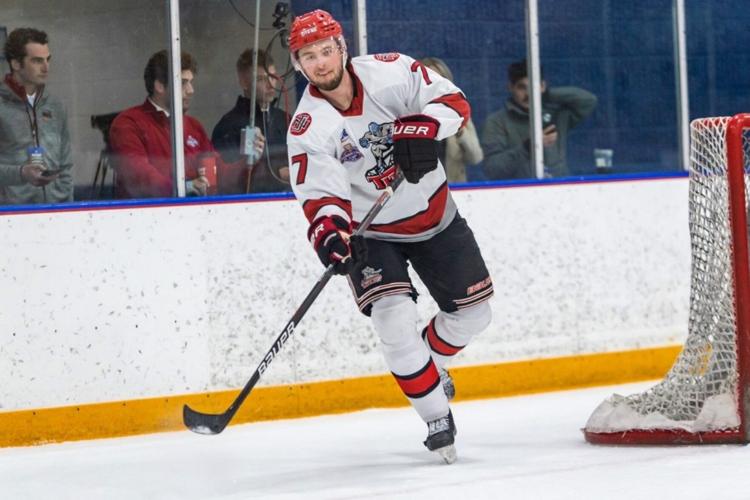 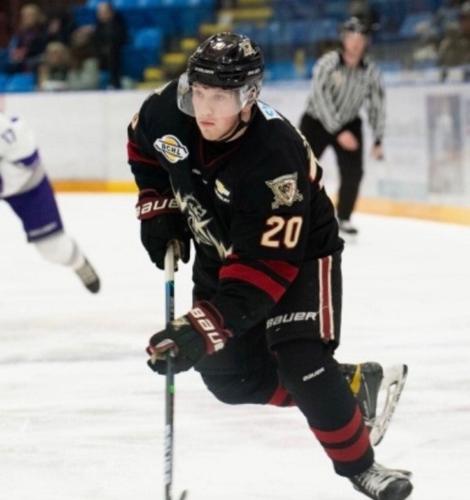 CANTON — Increasing goal scoring was a priority for St. Lawrence University men’s hockey head coach Brent Brekke as he assembled the group of players who will join his team this coming season.

SLU is adding four forwards in the fall, including one transfer, and also one defenseman. The Saints also will return senior goalie Emil Zetterquist for a fifth season.

The Saints’ goal of increasing the offense also will be aided by the return of Greg Lapointe, who registered four goals and five assists in 17 games in the 2020-21 season. Lapointe missed his sophomore season last year while getting treatments for Hodgkin’s lymphoma.

“I think the offensive punch they will bring is probably the biggest thing,” Brekke said of the incoming players. “That’s an area we have to expand and improve. Adding the offensive components is a continual growth in our program.”

Here is a brief look at each new Saint:

He scored 30 goals and added 27 assists in 49 games and contributed six goals and nine assists in 12 playoff games.

Cristall, who is 5-foot-8, said he visited SLU during the time the Saints were playing at SUNY Canton while Appleton Arena was being renovated.

“I liked the feel of the school,” Cristall said. “I saw what (Appleton) was going to be like. I liked the school atmosphere.

“I really liked (Brekke). I thought he seemed like a really good coach. He’s honest and straight-forward. He really wants to improve the program and I wanted to be a stepping stone for that.”

Cristoll had been with West Kelowna since midway through the 2019-20 season. He also played with the Chilliwack Chiefs of the BCHL.

“He’s a tenacious little rascal,” Brekke said. “He’s an undersized kid, in your face and has got some edge to him. He’s got a good knack around the net. He can score. He’s a ball of energy, has a good hockey sense and is tough to play against.”

A 20-year-old forward from Latvia, Gavars comes to the Saints after playing for the Fargo Force of the USHL last season.

Gavars totaled 12 goals and 11 assists in 52 games and also played for Latvia’s Under-20 team in the World Junior Championships.

“He’s a real explosive kid,” Brekke said. “He can shoot the puck, has a tremendous shot. He’ll transition well to the college game. For some kids that (college) pace is a little bit challenging, but he shoots the puck very well, finds himself in offensive situations and has a goal-scorer’s mentality.”

A 20-year old forward from Slovakia, Lasak, who is 6-foot-2, spent last season playing for the Janesville Jets of the Northern American Hockey League.

He also was a member of Slovakia’s Under-20 team at the World Junior Championships.

He totaled 27 goals and 28 assists in 51 games last season. Lasak also played 25 games with the Muskegon Lumberjacks in the USHL in the 2019-20 season.

“He’s a real good offensive player,” Brekke said. “He’s a kid that we expect a lot of offense from. He has high hockey intelligence. He has the ability to find guys and make plays and find the back of the net.”

A 21-year-old forward from the Czech Republic, Mazura is a sophomore who is transferring from Providence College.

Mazura, who is 6-foot-3, played in just eight games for the Friars and registered one goal and one assist.

“He’s a talented centerman,” Brekke said. “He was a high-profile kid in the east coast. He probably just struggled a little bit to the (college) transition his first year. He has an opportunity for a fresh start and to play a significant role for us. He has some size and length to him and produces offense, especially in odd-man situations.”

Mollica scored eight goals and added 21 assists in 50 games last season. He also played 26 games in the USHL with the Lincoln Stars in the 2019-20 season.

“He has a real good presence to him,” Brekke said. “He’s hard to play against. He’s a good defender with a long stick who skates well. He moves the puck well. He does a great job taking care of his own end. He knows what it means to win and what it takes to win.”

Mollica was a late addition, committing to SLU just a week ago.

“I thought (SLU) gave me the best opportunity,” Mollica said. “The coaches were really nice to me when they talked on the phone. I think we will have a winning time and there are lots of opportunities for me there.

“I know hockey is big there, it’s their only (Division I) sport. I know the rink is old, but it looks awesome. Academically, people take it more serious there. It’s a smaller private school.

“I’m just glad I have the opportunity to come and there’s a spot open on defense. I’m excited to be part of the roster.”