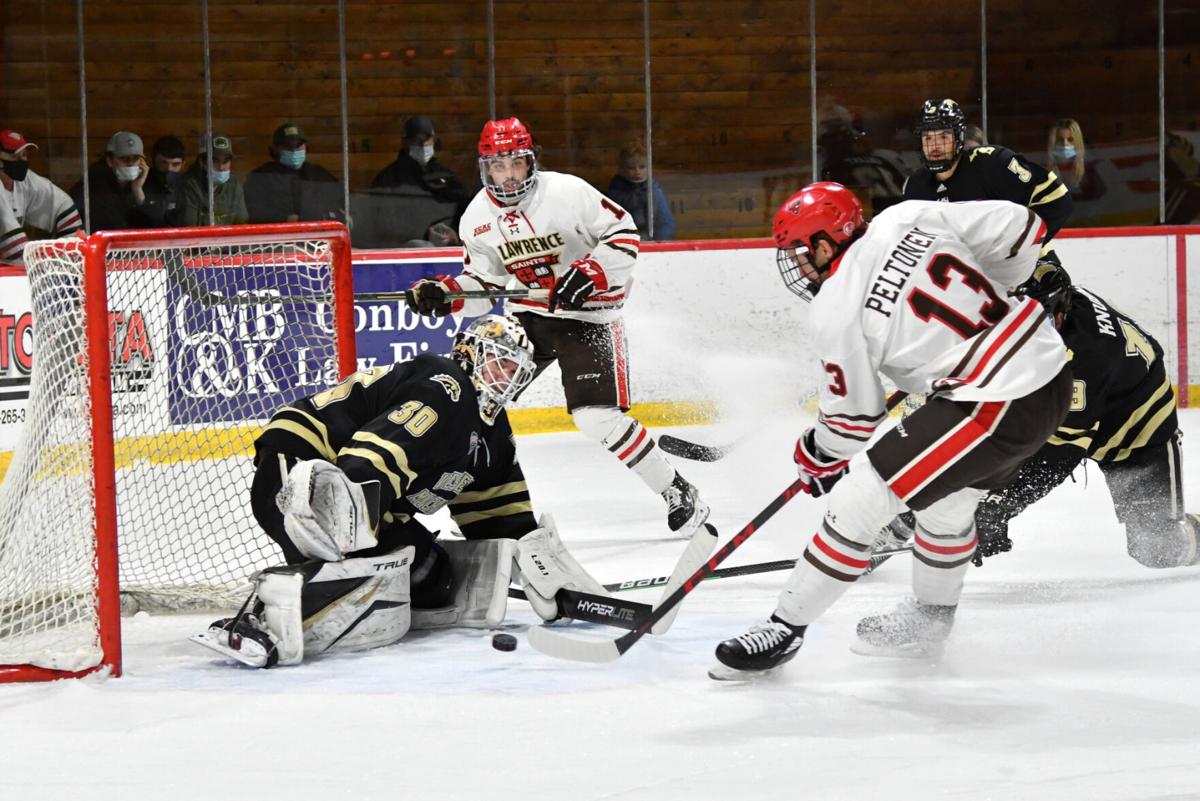 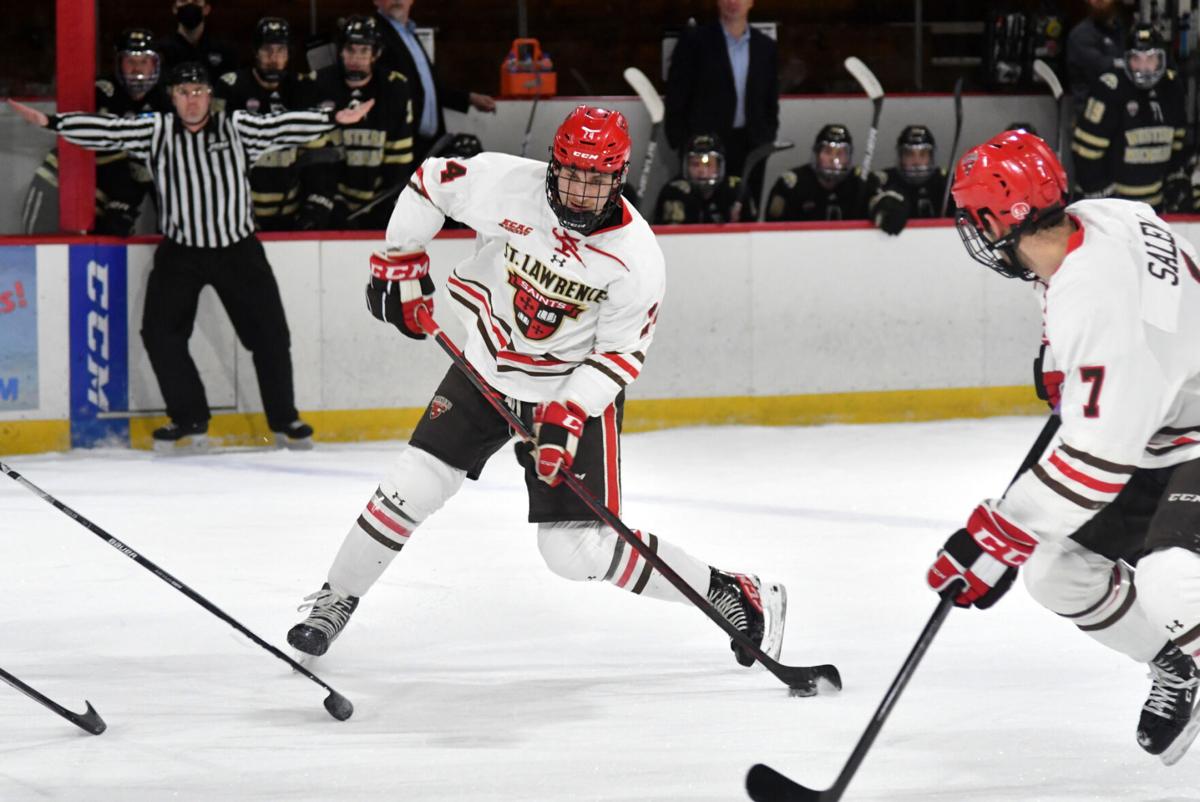 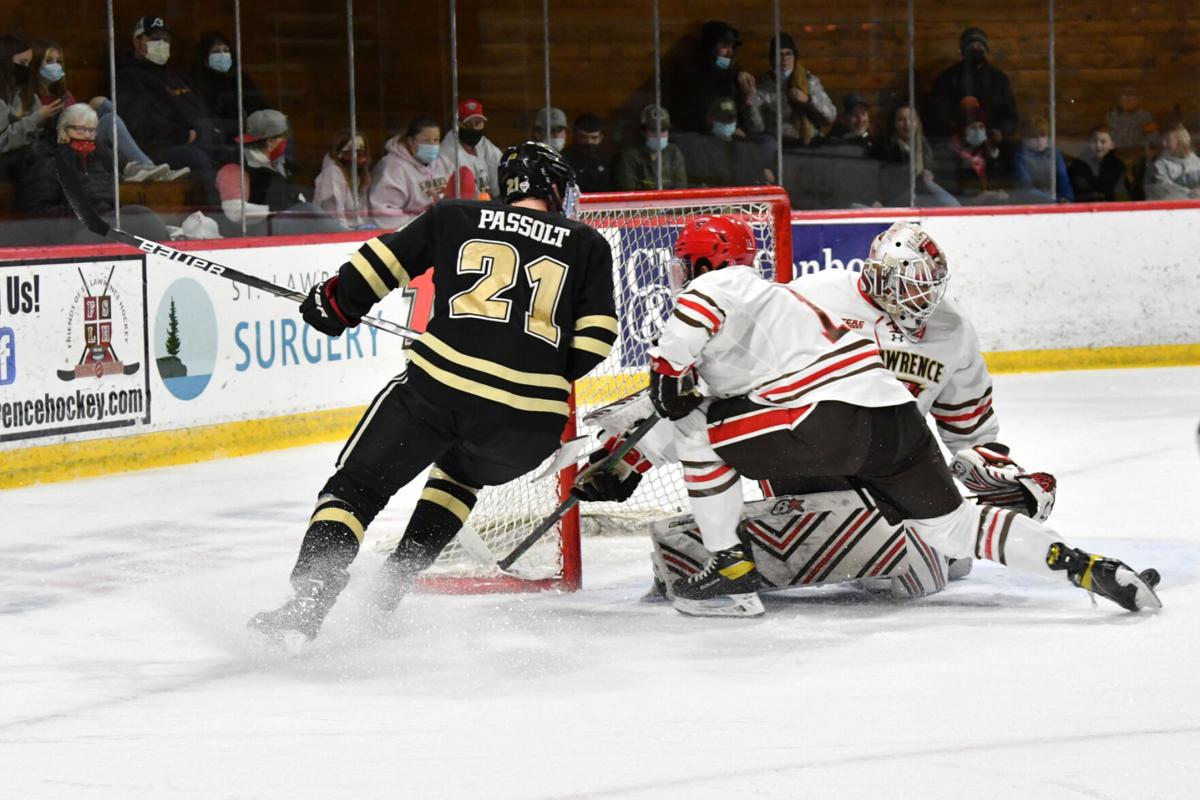 CANTON — Western Michigan looked like a future Frozen Four contender this weekend, ending a two-game sweep of St. Lawrence University with a 5-1 victory before 652 in a nonconference game at Appleton Arena.

The Broncos (10-4 overall), ranked seventh in the USCHO.com poll, dominated on special teams, scoring on their first three power-play chances Saturday after doing the same thing in Friday’s 8-2 win over the Saints (3-6-4).

“I thought there was poise and confidence in (the power play),” said Broncos coach Pat Ferschweiler. “There was conviction in our movements, especially our entries, I thought they were really nice.”

The first chance for the Broncos came 2 minutes, 45 seconds into the game when SLU’s Justin Paul was called for interference.

Paul Washe, who scored two goals Friday, scored another power-play goal at 3:53 on a shot from the circle. Washe’s shot hit the post and went into the net.

The Saints picked up another penalty at 8:31 of the opening period for too many men and Western Michigan took just 18 seconds for a second power-play goal, this one on a shot from Cole Gallant, who received a backhanded pass from Ty Glover.

The Saints scored their only goal with 9.8 seconds left in the period on a shot from behind the circles from Tucker McIntosh, for his first goal of the season.

“I didn’t realize how much time was left on the clock so I just thought to get one on net before the end of the period,” McIntosh said. “It just happened to go by him. I didn’t see it go in, but I saw (Kaden Pickering) celebrating.”

The Broncos put Friday’s game out of reach in the second period and they did the same thing Saturday, settling for two more goals instead of Friday’s three.

SLU’s Max Dorrington was called for a cross check at 2:49 and Western Michigan extended the lead to 3-1 with a power-play goal from Ethan Frank, who appeared to be waiting for a pass from Michael Joyaux, which he then one-timed into the net.

“It was just our quick puck movement and intent,” Frank said of the team’s power play. “We went out there with a purpose and with a reason. We had some intensity to score. We realized they were taking away our high options so we just went low until they took that away from us, and it worked out for us.”

Aidan Fulp scored an even-strength goal at 18:34 of the second period to make it 4-1 Broncos.

Frank ended the scoring with a goal at 3:48 of the third, his nation-leading 15th goal of the season.

“I give credit to the people I am on the ice with,” Frank said. “I’m working, but they are working just as hard, if not harder, to find me in the slot, if I’m open. They are doing a great job of it and have been great so far.”

Broncos goalie Brandon Bussi, who made a verbal commitment to attend SLU in 2018, finished with 20 saves. He robbed goal attempts from right outside the crease on shots from SLU’s Aleksi Peltonen and Paul.

“It was a really cool experience,” Bussi said of his trip to SLU this weekend. “I committed here when I was younger. I’m fortunate for that. Things just changed over time and I thank the (Broncos) coaching staff for the opportunities they gave me. Even for Thanksgiving break there was some good energy (in Appleton). It was a good experience, it’s a little older with the seats and stuff, but it was a very cool experience.”

SLU has lost three straight games against top-10 teams and faces another in Cornell at 7 p.m. Friday in Appleton Arena.

“They were opportunistic on the power play last night and we knew discipline was going to be important and it wasn’t good enough tonight,” Saints coach Brent Brekke said. “Cornell is a heavy team with the puck down in the offensive zone, they want to possess it. This gives us an idea what we will face next week.”

Ethan Haider stopped 31 shots to lead Clarkson past Wisconsin (4-11-1) in a nonconference game in Madison, Wis.

Aryton Martino scored the first goal for Clarkson (8-4-3) at 2:10 of the second period and then assisted on a goal from Anthony Romano at 11:10 of the third.

Matthieu Gosselin scored the final goal for Clarkson into an empty net at 19:22.