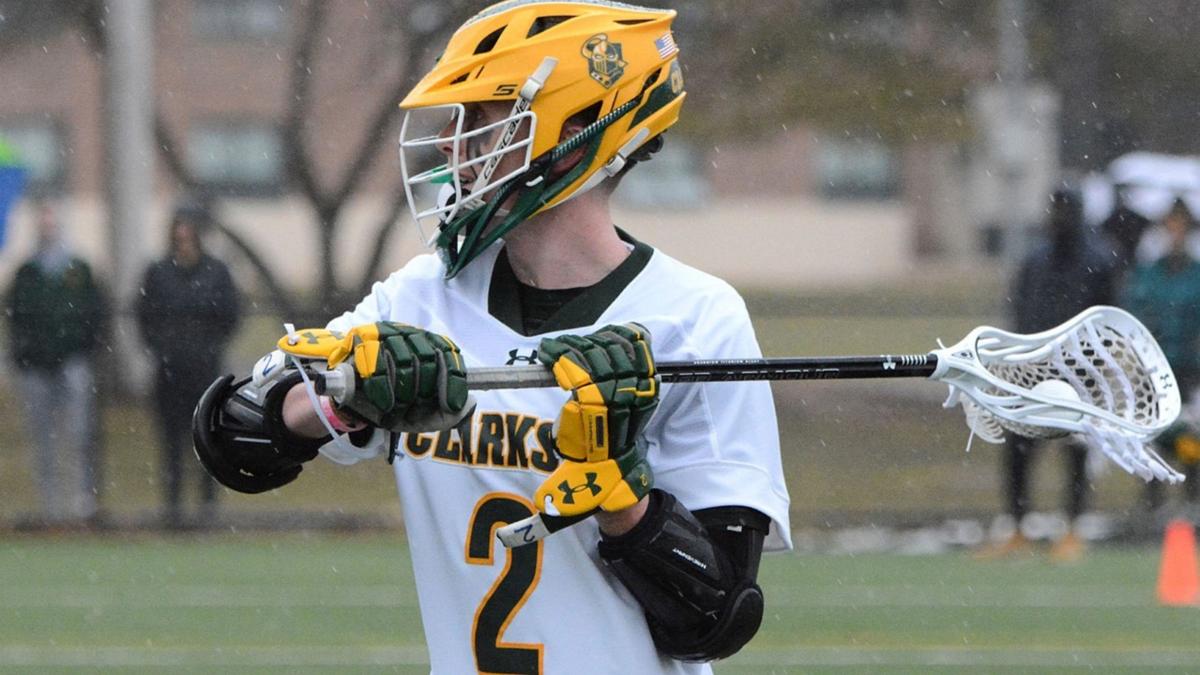 Clarkson’s Conor Bartlett is 10th in program history in career goals but is unsure whether he’ll return for a fifth year. Clarkson University photo 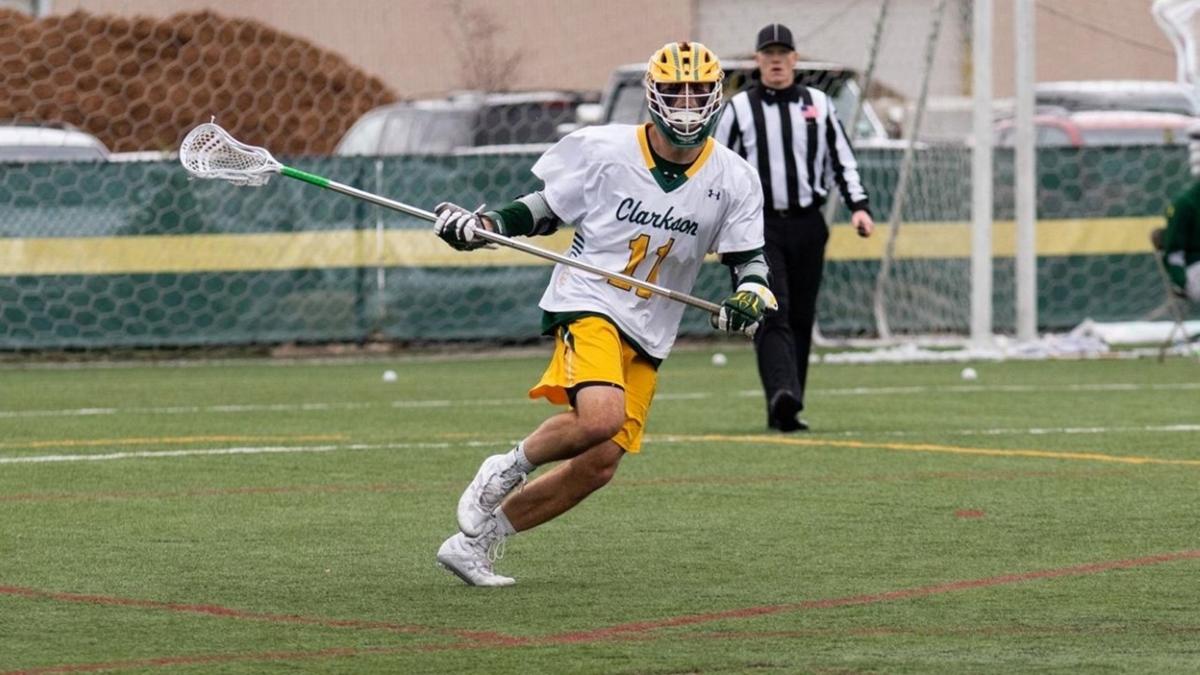 Clarkson’s Liam St. Croix must decide whether to take a job offer or return for a fifth year to play on the lacrosse team. Clarkson University photo 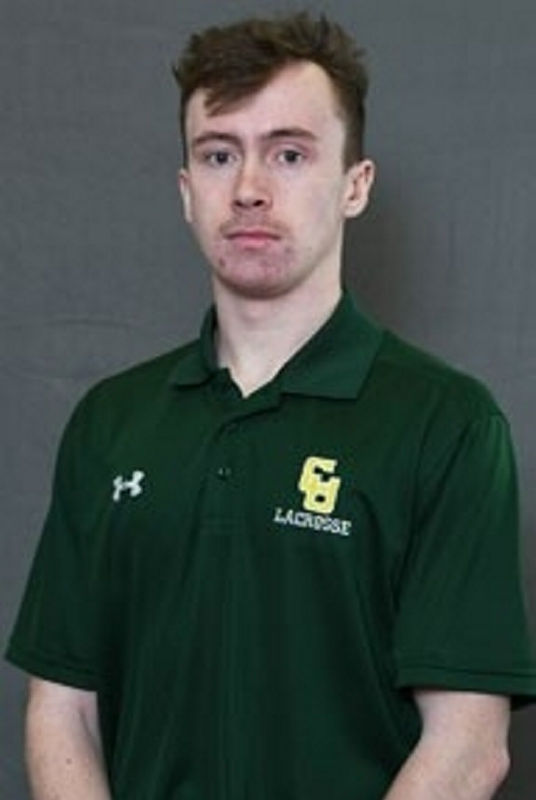 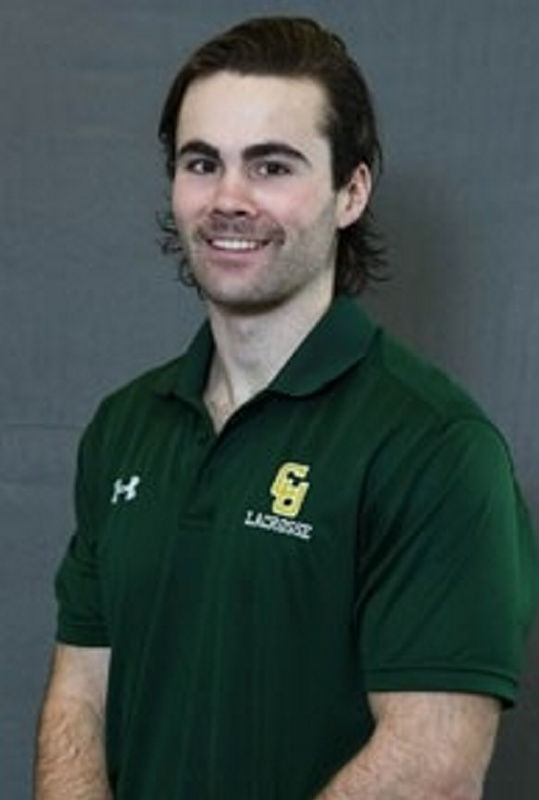 Clarkson’s Conor Bartlett is 10th in program history in career goals but is unsure whether he’ll return for a fifth year. Clarkson University photo

Clarkson’s Liam St. Croix must decide whether to take a job offer or return for a fifth year to play on the lacrosse team. Clarkson University photo

POTSDAM — Clarkson University men’s lacrosse players have some decisions to make regarding whether to take advantage of the NCAA’s offer to let spring sport seniors return for an extra year of school.

Clarkson seniors Conor Bartlett and Liam St. Croix, who are both from the Syracuse area, are still in the process of deciding whether they will come back for an extra season next spring. The main obstacle for each player will be the financial situation of another year of student loans.

“I’m still kind of in the middle,” said St. Croix, a defender and the fourth sibling in his family to play for the Golden Knights. “I did apply for the Clarkson MBA program. I should hear in a week or two. I still have a job offer, but it’s how much (school) will cost for the added debt. My job offer is as a business analyst in Florida.

“I would love to come back. I love lacrosse. This would be my last year to play a competitive sport. You have to weigh all the options financially and if you want to do it and stuff. I was pumped (the NCAA) extended a fifth year.”

Bartlett was off to a strong start this season, leading Clarkson to a 3-1 overall record with eight goals and 11 assists. He ranks 10th in school history with 84 goals and 77 assists for 161 points.

“I’m weighing my options between going back for an MBA or holding out (for a job),” said Bartlett, who is a global supply chain management major. “It comes down to the cost of tuition and stuff like that. (A fifth year) would be awesome, just to have that opportunity again to get on the field one last time. We weren’t lucky enough to finish our season this year, same for everyone. At first we thought it was not going to happen to us. Once it set in it was, it was a rough feeling.”

A day after what turned out to be the final game of the season, a 15-5 win over SUNY Oswego on March 10, Bartlett sat in the Clarkson men’s locker room inside Walker Arena looking at Twitter. That’s when he saw the NCAA’s announcement that all spring sports seasons were to be canceled.

A few minutes later Clarkson men’s coach Bill Bergan walked in to give the team the news.

Clarkson was scheduled to play a Liberty League game at Vassar that Saturday and after breaking the news to his team, Bergan asked them if they still wanted to have that day’s practice.

“We did practice,” St. Croix said. “I was more in shock at first. Once we started doing our stretches and stuff, me and the seniors got a little emotional.”

Said Bartlett, “You never think it can happen to you, until it does. (Bergan) gave us a few minutes to digest the news, call anyone we wanted to call. We went out there and ending up running a two-hour scrimmage just for fun. Players ended up switching positions, mixing things up, having a good time with the guys on the field. It was kind of bittersweet. It kind of came to an end quickly.”

The cancellation of the season was also hard on Bergan, as well as women’s coach Ben Gaebel, a former standout goalie at Carthage High School.

Gaebel, who was starting his eighth season, had his team off to a 2-2 start when everything ended.

“At the beginning I think I was still mostly in shock,” Gaebel said. “Lacrosse has been my life for a very long time. I never have had a season off of lacrosse for 20-some years. It’s been hard. I have two young sons (5 years and 15 months). During this time I’ve been able to spend some quality time with them, which I don’t usually get in the spring. Instead of being at work 10 hours a day I am with these guys.”

Bergan was starting his 32nd year as Clarkson’s men’s coach. He said the last year he spent where he was not playing or coaching lacrosse was in 1976.

“It’s bizarre,” Bergan said. “I sit on my porch every day and do emails and texts and make recruiting calls, and I work on the schedule for next year, which is pretty much done. It’s like (the movie) Groundhog Day.”

Bergan has always been a passionate coach so he joked that missing a season may benefit him in the long run.

“I usually lose 10 to 15 pounds every spring,” Bergan said. “I was already eight pounds down. I felt bad for the kids. It’s a little bit of a stress relief for me. What this has shown me is how much I really do miss (lacrosse) and how much we really do love it. At times (in the past) it’s been 26 degrees out and it’s 5:30 p.m. and we have practice at 7 and that’s the last thing I feel like doing. Now it’s the first thing I feel like doing.”

Bergan and Gaebel both know it’s difficult to get a senior to come back for a second year because so many Clarkson students already have jobs lined up when they graduate.

“(Bartlett) has got great speed and athleticism,” Bergan said. “He’s proven he can score goals. He can dish the ball. He’s good in transition. (St. Croix) is no-nonsense. He works his tail off in the weight room. He’s really a quiet leader, but he’s definitely a leader. He’s tenacious. He’s the nicest kid in the world, but you get him on the field and he’s got a little mean streak to him. He’s competitive.”

Like most NCAA Division III athletes, St. Croix and Bartlett know that whenever their college careers are over that also marks the end of their time as competitive athletes.

“The landscape for pro (lacrosse) is on the rise, there’s a lot more opportunities,” Bartlett said. “But from the (Division III) side of things, there is some (pro) opportunity, but you have to put in a lot of work to get there. A lot realize your seniors year is the last year of sports. I’ve played lacrosse since I was four. It’s weird not being able now to even leave the house. I’m trying to find things to get my mind off things.”