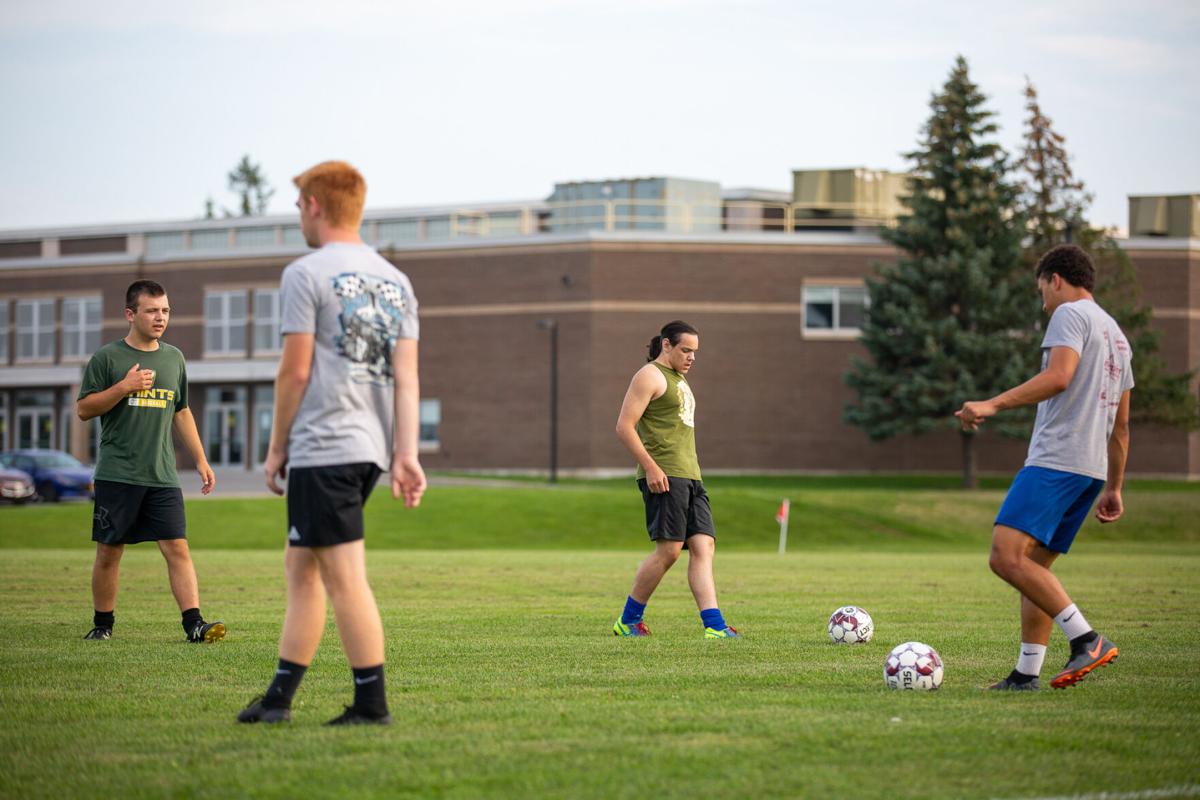 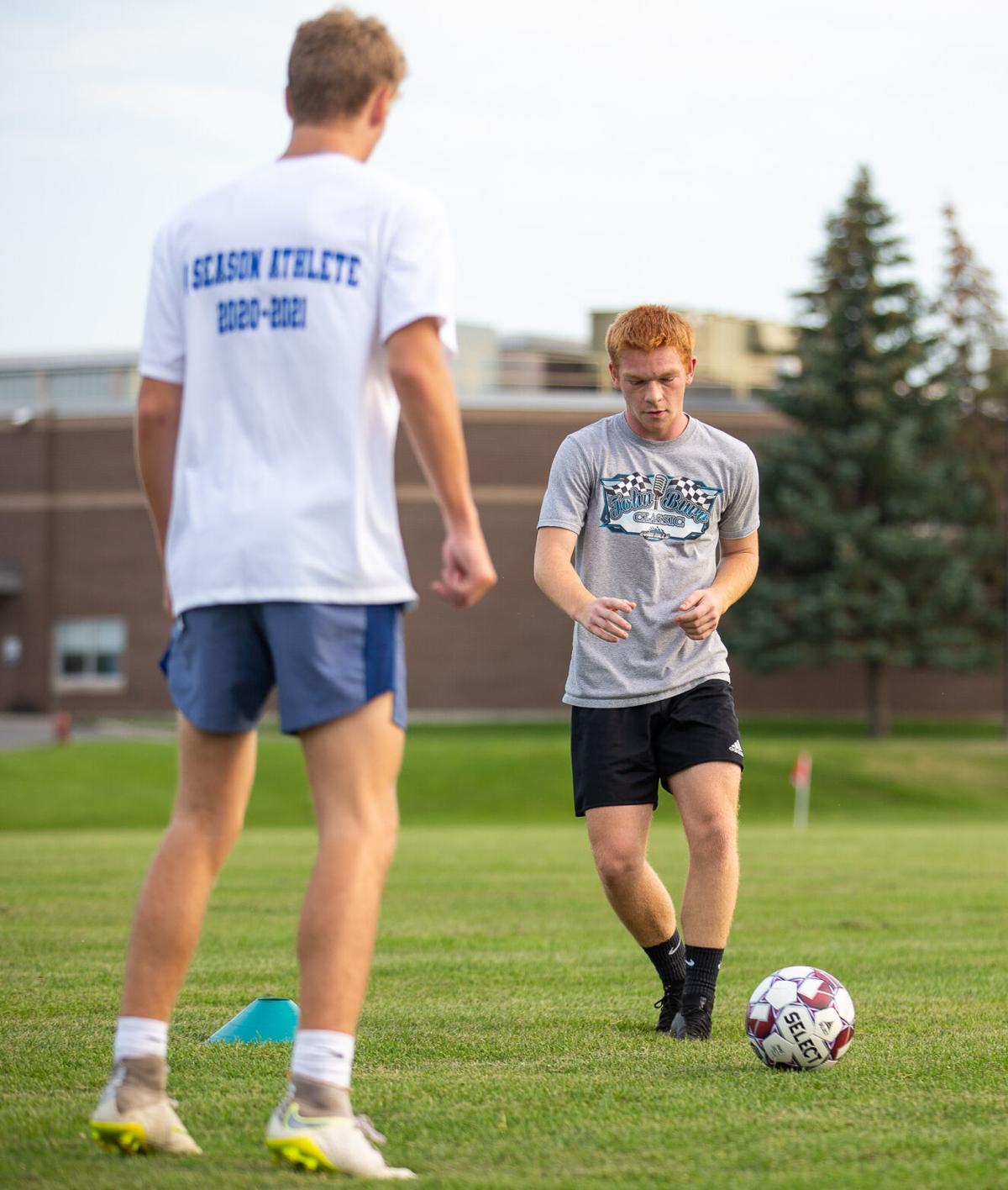 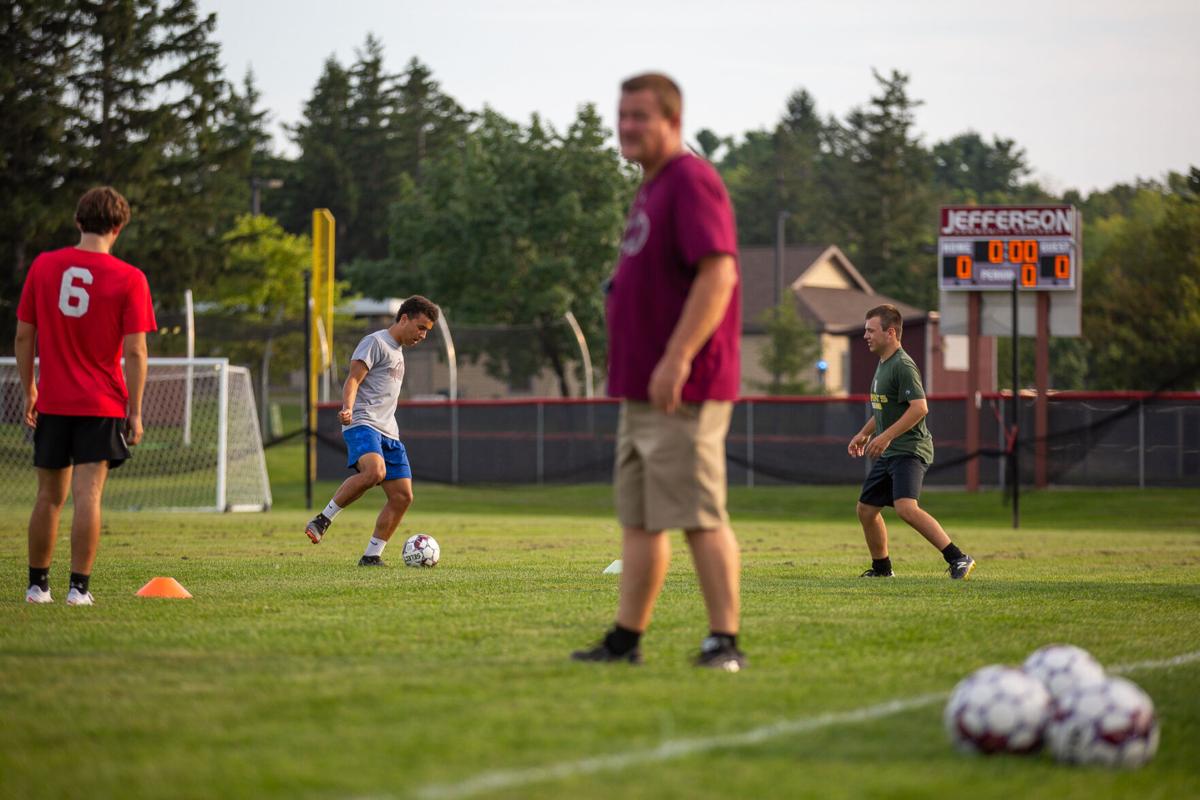 WATERTOWN — Temperatures may been sweltering this week, but the Jefferson Community College men’s soccer team is glad to be back on the field.

The Cannoneers starts their season at 1 p.m. Saturday when they host Erie Community College Katz in a Region 3 game. It will be the first game for the JCC men’s program since Oct. 29, 2019 when it played North Country Community College in a Region 3 playoff game at South Jefferson High School. The 2020 campaign was canceled due to the COVID-19 pandemic.

Players and coaches are glad to be back on the practice field.

“I think the guys are ecstatic to be out here,” JCC coach Joe Vaadi said. “Everybody’s really looking forward to our first match this Saturday.”

There’s some concern that the schedule may shift if coronavirus cases continue to rise, but the players are going to continue to enjoy looking forward to games even if some are moved around.

“I’m just going to live life to the fullest and if they tell me I can’t play anymore, then that’ll be a sad day,” said Ben Rathbun, who played at Watertown High School.

Players like Rathbun and Nolan Parow missed out on their first season of college soccer last season, but are ready to play against competition from another school.

“I haven’t played a game since high school, it’ll feel good to get to play again,” said Parow, who played at Harrisville.

JCC complied an 8-7-1 record when it last played in 2019 and made the Region 3 tournament. However, there are no returnees from that roster. That will be a theme of this season as many teams will look different after missing the 2020 season.

“I don’t think anyone know what other teams are going to have,” Rathbun said.

There was some concern about this season for JCC due to low numbers. But the Cannoneers found some reinforcements and is able to field enough players for a game. The newer players are taking to the team quickly.

“The first couple of days, we had seven to nine guys, so everyone was feeling it.” Parow said. “We got a lot of touches, which was different, but it comes back quickly.” Eleven players listed on the JCC’s site, but the roster will be updated throughout the week. The team has been working on its conditioning and knows it’s going to be smart about how it use its energy.

Former Copenhagen standout Shareef Stokely is one of the freshmen players ready to make his collegiate debut Saturday. He got to experience somewhat of a normal end to his high school career when he played a full league and Section 3 schedule in the spring.

“I was just sitting around playing video games, so having a season (in the spring) helped,” Stokely said. “I normally don’t play baseball, but they needed an extra player and I’m thankful I did it.”

“It’s a tough, tough region to play in,” Vaddi said. “We send a couple of teams to the national tournament every year and seem to have a team in the championship game every year.”

New coach and former Immaculate Heart Central standout Chris Rowland takes over for David Bowhall on the sideline. JCC had its game against Erie CC slated for Saturday called off.

The next scheduled game for the team is 1 p.m. Sept. 4 at SUNY Adirondack and the Cannoneers’ first home game is slated for 2 p.m. Sept. 15 against SUNY Broome. No roster was available at the time of publication.

JCC’s first fall athletic event since 2019 were held over the weekend when the volleyball squad played in the Monroe August Invitational at Monroe College in New Rochelle. The Cannoneers finished 2-2.

The team is coming off its second apperanace in the NJCAA Division III tournament in 2019, and Ernie Ixtlahuac takes over the head coaching duties from Sara Kolenda. JCC will continue to have plenty of Frontier League talent as part of their squad, including Alyssa O’Connor, Alexis Cruz, Bayleigh Woodard and Chelsea Greenwood.

Chris Ummer takes over as the head coach as he replaces Dan Godin. JCC is slated to start the season Sept. 18 at Finger Lakes Community College.