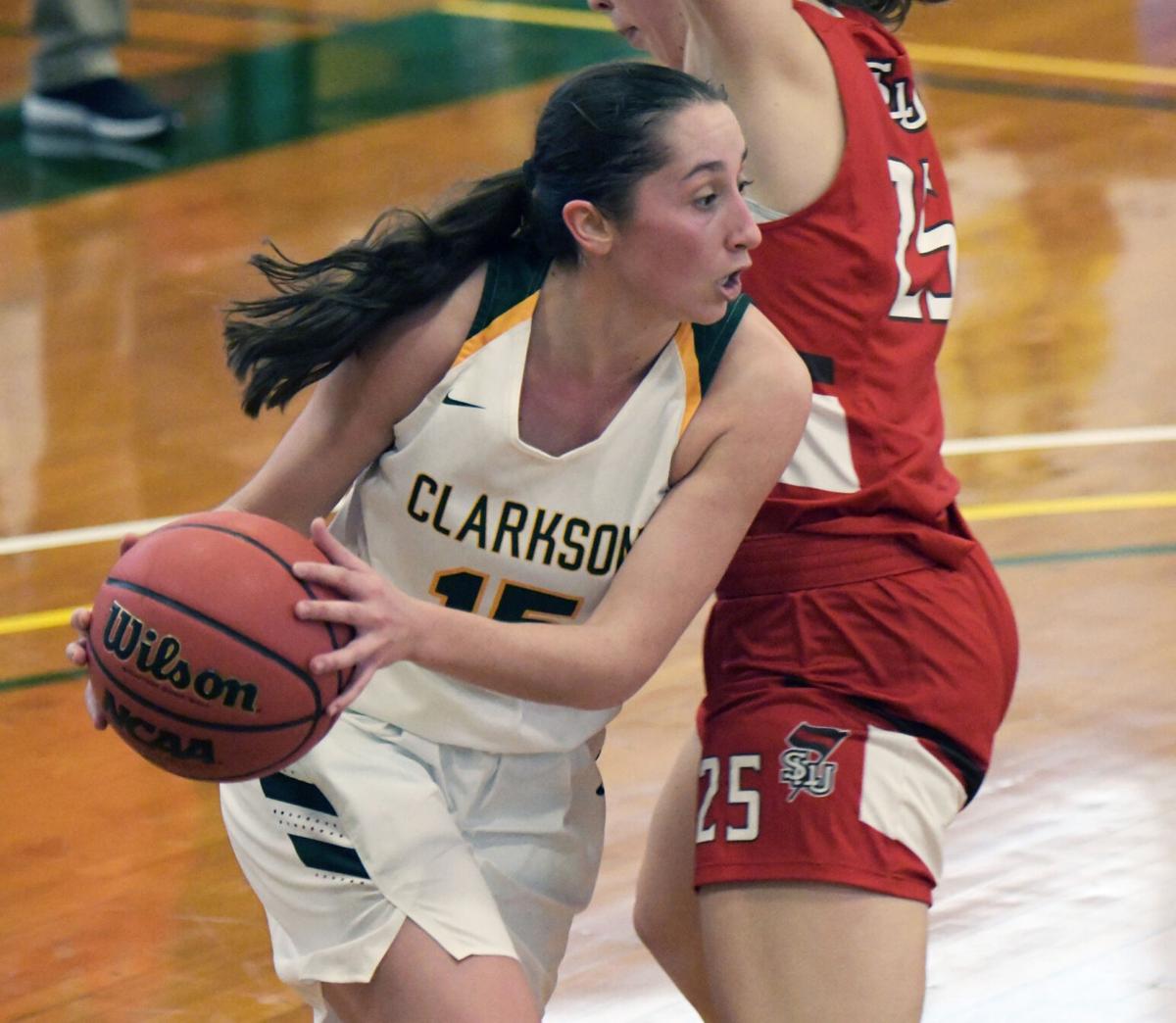 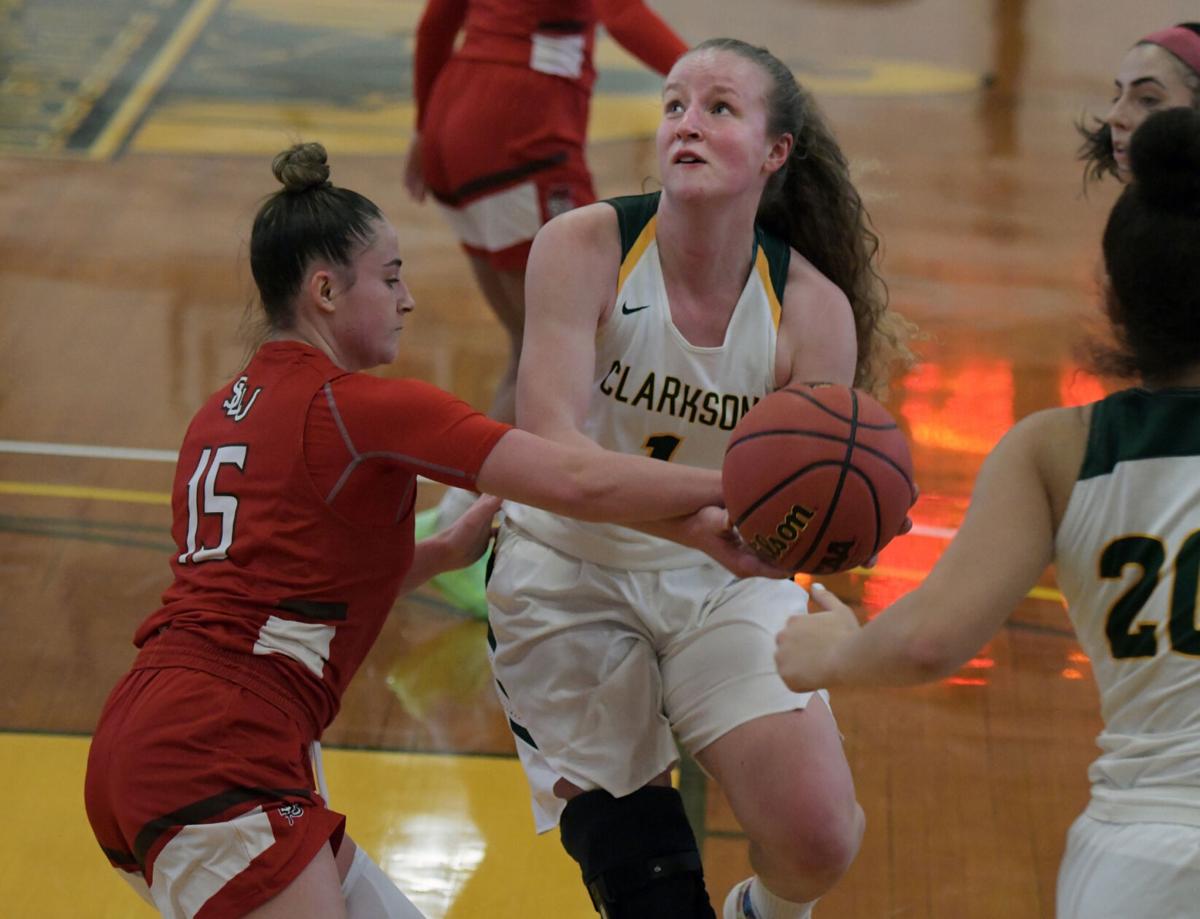 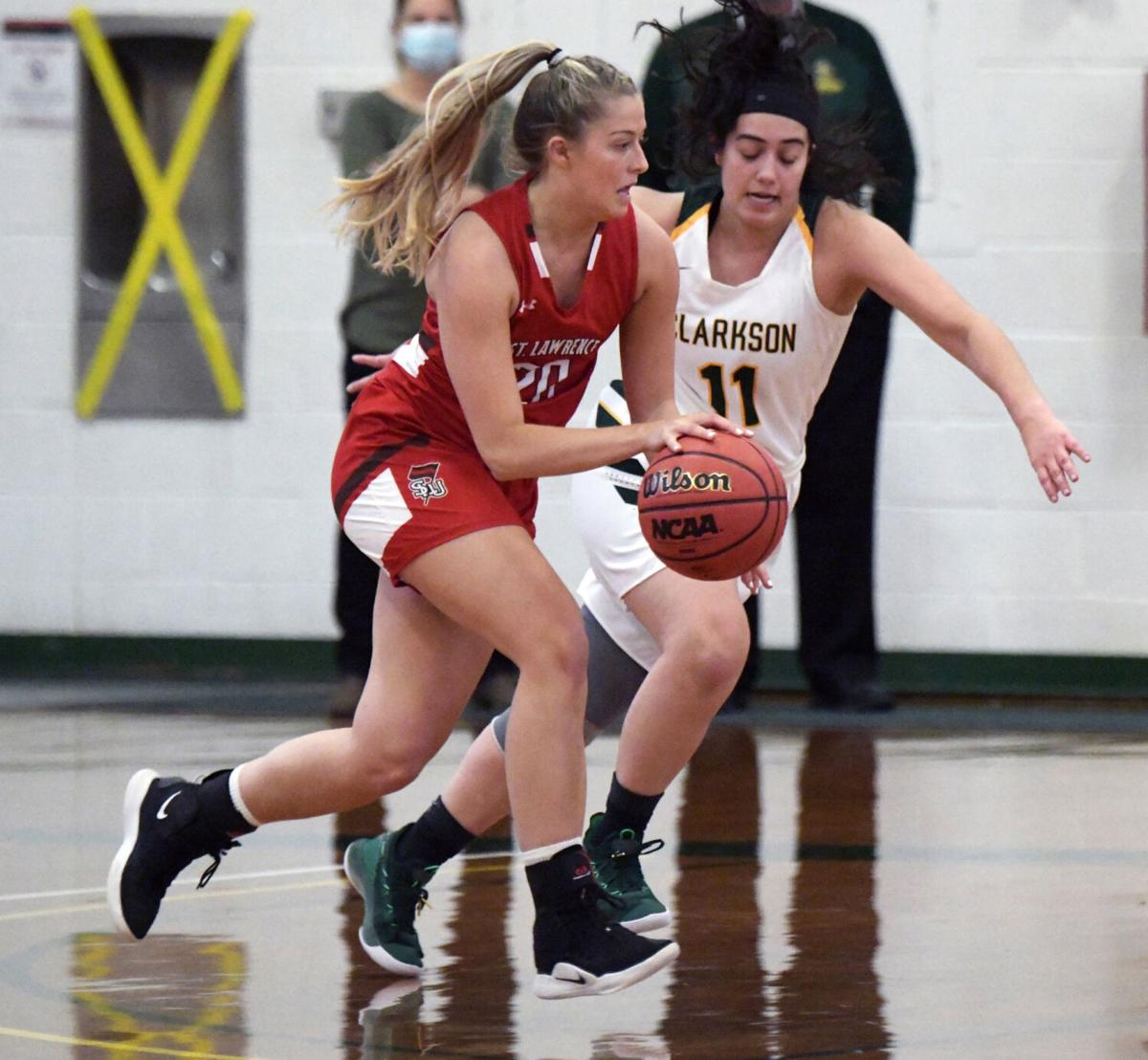 HAMILTON — Once again Clarkson’s Zach Tsekos and Ethan Haider were shootout heroes as the Golden Knights snagged an extra ECAC Hockey standings point after skating to a 1-1 tie with the Colgate Raiders on Saturday afternoon at the Class of 1965 Arena.

Clarkson won the postgame shootout 1-0 with Tsekos scoring and Haider stopping three Colgate attempts. Clarkson picked up two points in the game while Colgate got just one.

Clarkson entered the weekend tied for first place with Quinnipiac, but after picking up just two of a possible six points against the Raiders (5-6-4, 4-5-3), the Golden Knights find themselves four points back in the conference standings with six games remaining.

While the Golden Knights came away with two points, the team continues to struggle to scored goals, managing just one in regulation Saturday. In its last nine games Clarkson has gone 2-4-3 with only 13 goals.

Neither team scored in the first period, but Colgate started by outshooting Clarkson 7-1 in the first eight minutes. The Golden Knights trailed in shots 12-10 by the end of the period.

The Raiders nearly took a lead 27 seconds into the second period when a shot by Elliott McDermott hit the post.

Clarkson earned its first power-play chance of the game at 5 minutes, 5 seconds of the second period and it took only 16 seconds for the Golden Knights to convert it into a goal.

Anthony Romano scored from the middle of the circle after getting a pass from Jack Jacome at 5:21. Connor McCarthy also assisted.

Colgate attempted to tie the game at 16:51 of the second period on a two-on-one breakaway. Alex Young passed to Matt Verboon, who took a shot, but Haider dove to the ice and blocked it with the side of his leg.

Third periods have not been kind to Clarkson this year and the Golden Knights were outshot 7-5 in this one, giving up the tying goal just 2:03 into the period on a shot from Amaud Vachon.

Clarkson is 7-2-3 this season when it leads after two periods and has been outscored 21-13 in the final period.

Neither team scored in overtime, but Colgate received two minutes of power-play time after Romano was called for hooking 40 seconds in.

Tsekos shot first for Clarkson in the shootout and put the puck between the legs of Raiders goalie Carter Gylander for the only goal of the session.

The Bobcats (12-5-3, 6-3-3) bombarded the Saints with shots, but managed just one goal more in an ECAC Hockey game at the People’s United Center in Hamden, Conn.

Quinnipiac outshot SLU 36-8 after two periods but held just a 1-0 lead after a shot from Christophe Fillion at 16:33 of the second period. Michael Lombardi and Desi Burgart assisted.

The Bobcats went up 2-0 4:33 into the third period when Ethan de Jong scored, with Skyler Brind’Amour assisting.

SLU (4-6-2) answered immediately with a goal from Reilly Moran at 5:39. Luc Salem and Ashton Fry supplied the assists. The Saints are 2-6-1 in their last nine games and fell into a tie with Colgate for third place in the four-team conference standings. Each team has 15 points.

Molly Stewart scored 16 points to lead the Golden Knights (1-1) past the Saints in a nonconference game at Alumni Gymnasium in Potsdam.

It was the first game for the Saints, who return only sophomore Olivia Middleton from last year’s team. Most of SLU’s veterans opted not to attend school this year so they can take classes when they take their extra year of athletic eligibility, which was made an option for Division III schools due to COVID-19.

“I was just tickled pink to see the girls get on the court and be able to play,” said SLU coach Dan Roiger. “That was our goal and we did it through all the challenges we faced. The game was rough, we got scatterbrained initially, which is expected when you have seven new players and a sophomore. But we improved throughout the game and our squad got reps that we just can’t give them in practice with only eight players. It was a great start!”