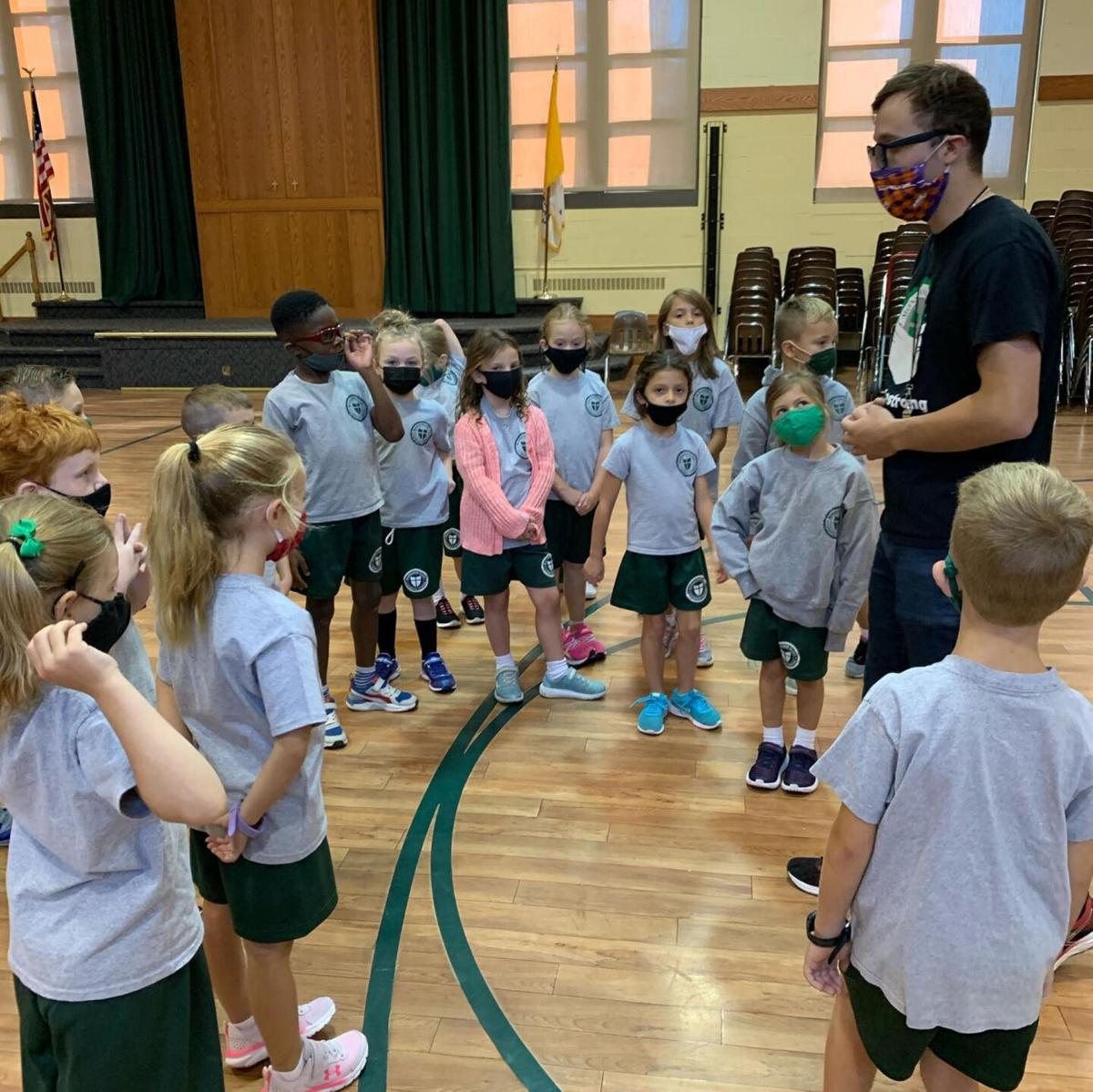 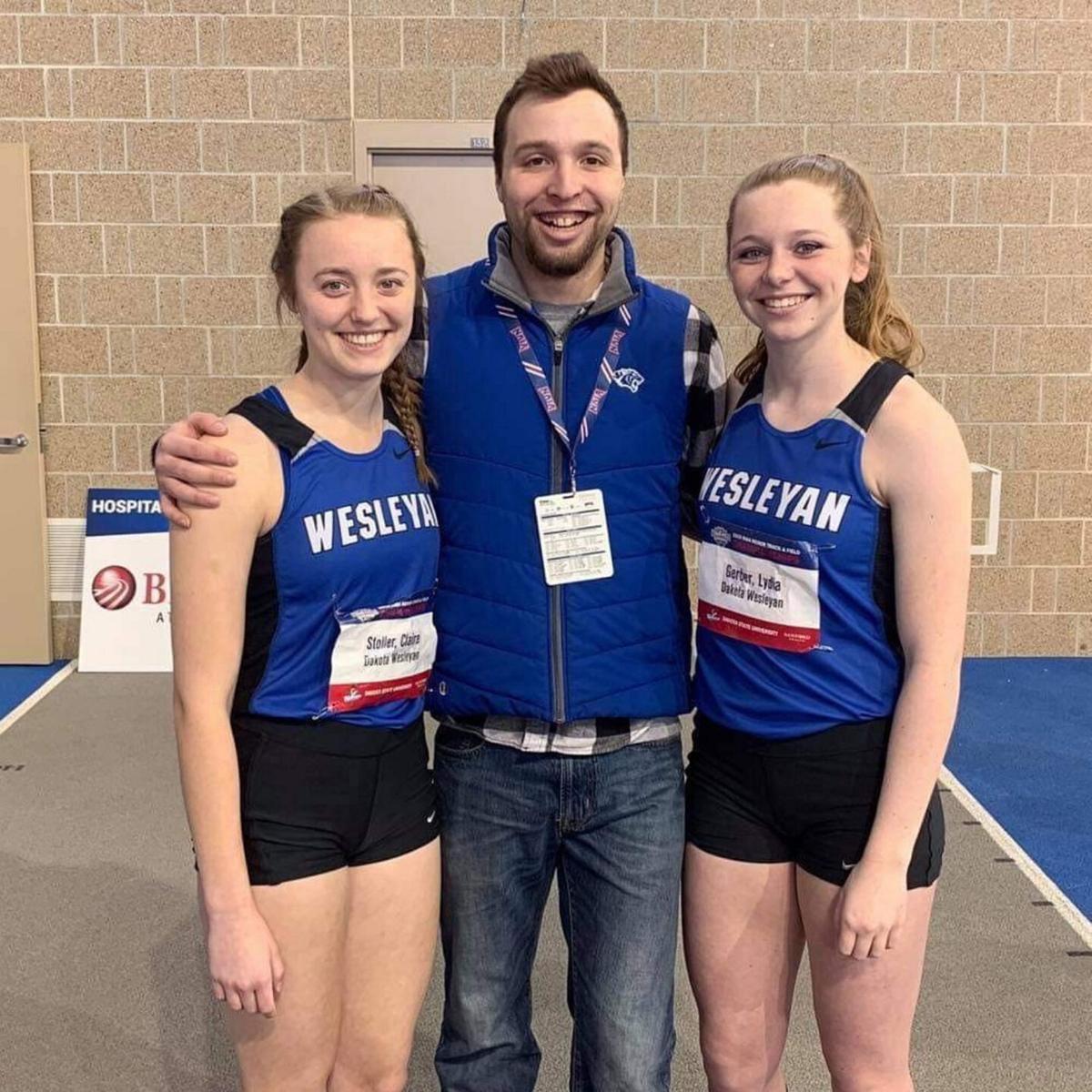 When Ogdensburg’s Taylor Bouchard graduated from St. Lawrence University in 2018 he knew what he wanted to do professionally. But he just didn’t know how to get there or where he was going.

The 2014 graduate and former OFA Track and Field MVP and football stalwart earned a degree in Communications with minors in Kinesiology and History at SLU. In track-field he excelled in the long jump, triple jump and high jump and earned All Liberty League honors.

As a senior he did an internship with another former OFA standout in SLU Assistant Track-Field Jake Fredericks and played a lead role in organizing the Northern Conference Indoor Track-Field Invitational. He worked closely with the officials and renewed his close ties with his boyhood next door neighbor in Ogdensburg, former OFA Track-Field Coach and High School Principal Steve Barlow.

“Growing up in Ogdensburg I was lucky to have my own private coach with my neighbor Steve Barlow along with John Tebo and the the other great coaches at OFA. Mr. Barlow always produced great jumpers when he was coaching and he helped me a lot,” said Bouchard. “I decided that I wanted to be a college head track and field coach by the time I was 30. There are a lot of coaching positions out there but at a lot of schools the assistant coaches don’t have full time positions so you have to do other things to get a paycheck.”

So like so many aspiring young coaches Bouchard started looking for positions and his search was complicated by the arrival of the COVID-19 pandemic.

His search took him all over the country in a round about way.

Along the way he found out a lot about himself, he found an ideal person to share his life with in Erica DeJohn and discovered that he had a great love and talent with working with children.

He also found the best of all worlds when accepted a position at Monsignor Slade Catholic Prep School in Glenn Burnie, Maryland for the current school year.

It is one of the hybrid type positions which are helping schools all over the country deal with the every changing manifestations of the COVID-19 pandemic. He will be coaching track and field and teaching full time while assuming the administrative duties for all of the schools athletic teams to further his professional development. This summer he also started studies toward a Doctorate degree in Education and Administration.

“It hasn’t been the clearest path, but I am excited for where things are moving. The hard work is paying off,” says Bouchard who is also able to continue his love for college football in person attending games at University of Maryland and cheering for the Terrapins.

He has also been able to expand an already impressive list of collegiate track-field coaching credentials joining the staff of Towson State University. He will help develop the jumpers and is also serving as an assistant coach this fall with the university’s cross country team.

“We are just introducing the track and field program at Monsignor Slade and things are going well,” says Bouchard.

“I enjoy teaching the children but I am also learning a lot.”

His development in the college coaching field was jump started shortly after his graduation from SLU.

During the 2018-19 school year he landed a position as a graduate assistant with the Track-Field program at DaKota Weslyan, an NAIA institution, where he in charge of high jump, long jump and triple jump. Every jumper on the roster saw a positive progression in one of their respective events, leading to six jump school records, and many more top 10 program performances.

He also contributed to two more school records in the pentathlon and heptathlon as he was responsible for the multis jump events. Five jumpers qualified for both the NAIA Indoor and NAIA Outdoor National Meets. These appearances were highlighted by Kamberlyn Lamer’s National Championship win in both the Pentathlon and Heptathlon and Jared Rabenberg’s third place finish and 7-foot clearance the high jump at the outdoor national championships.

He moved on to the University of Idaho the following year as an assistant coach but his move to the NCAA Division was circumvented by the arrival of COVID-19 and there was no season. As COVID shut so many things down he spent some time with his parents Michael and Elizabeth Bouchard in Tampa Bay, Fla. where he found work with the Parks and Recreation Program.

“A lot of NCAA schools lost coaching positions because of COVID so I am very happy to be where I am right now,” said Bouchard.