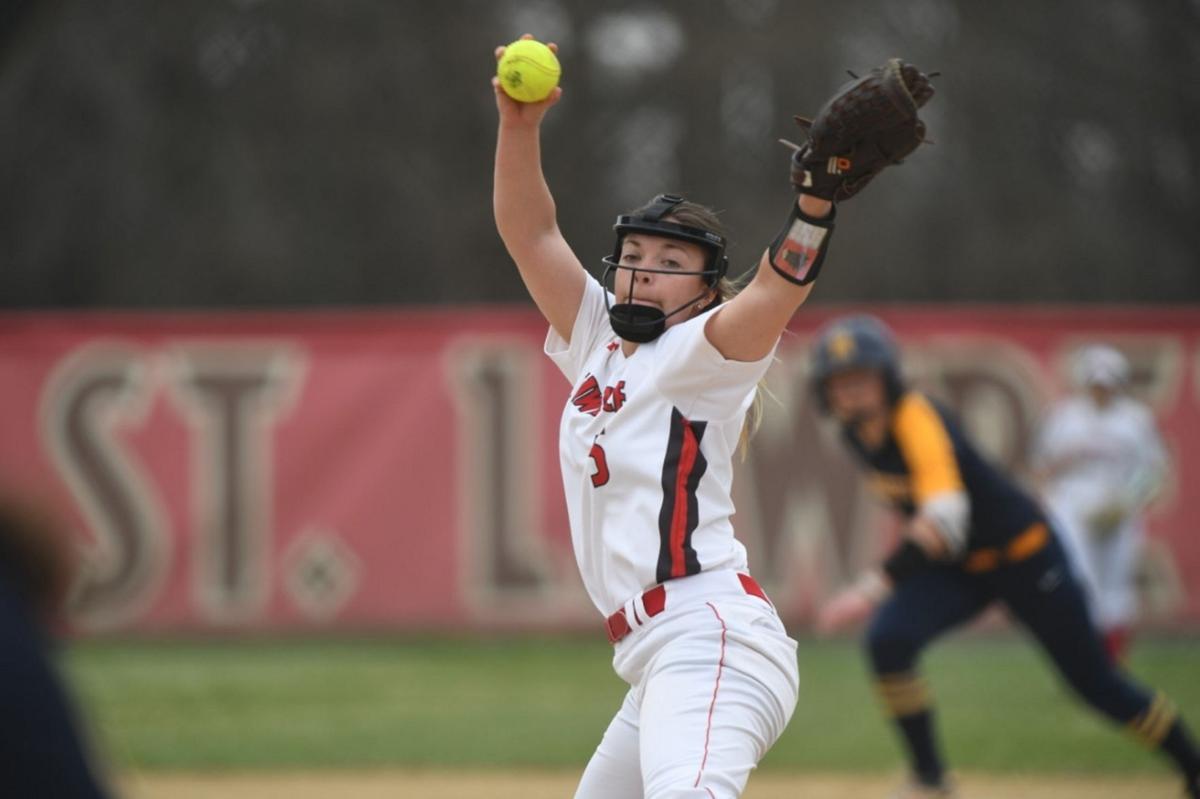 McKailey Lyndaker, a Lowville native, never made it to the field for a regular season game this season as the St. Lawrence softball season was called off. St. Lawrence University photo 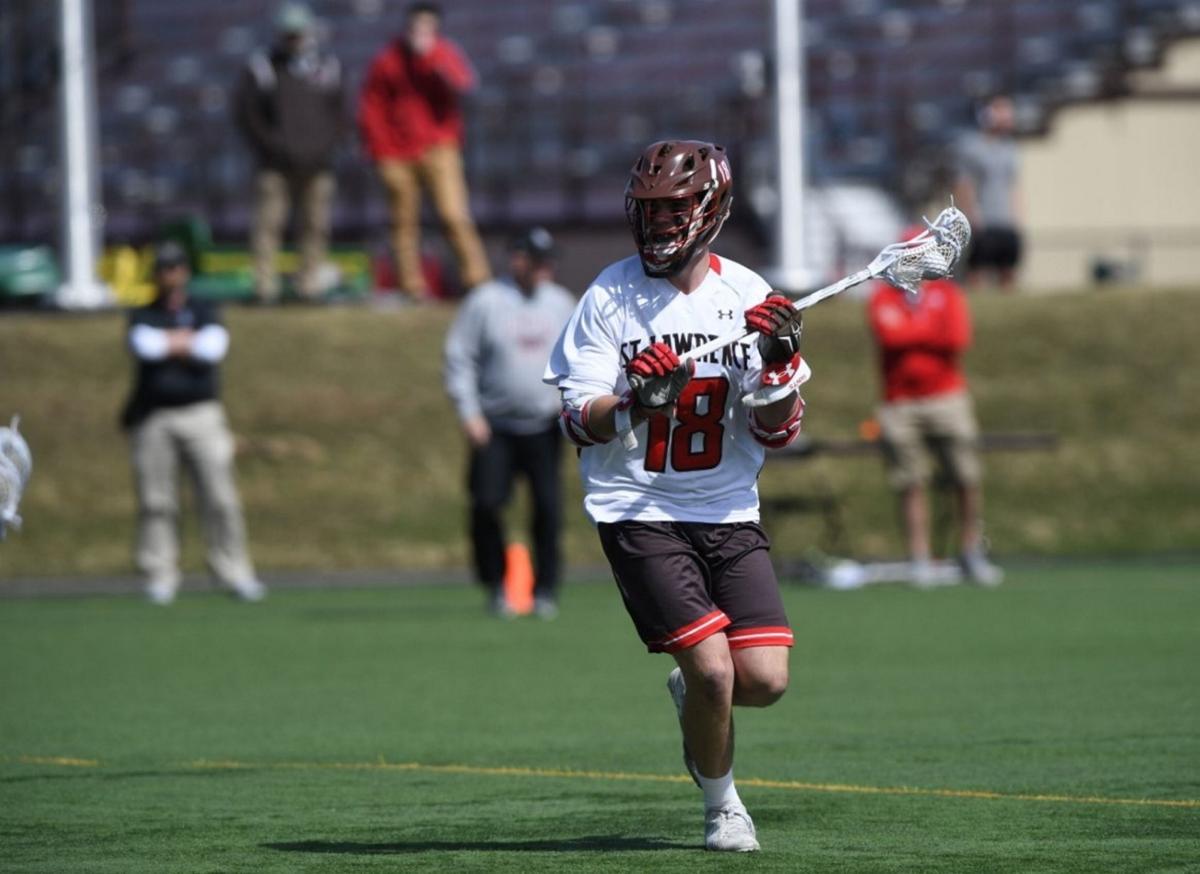 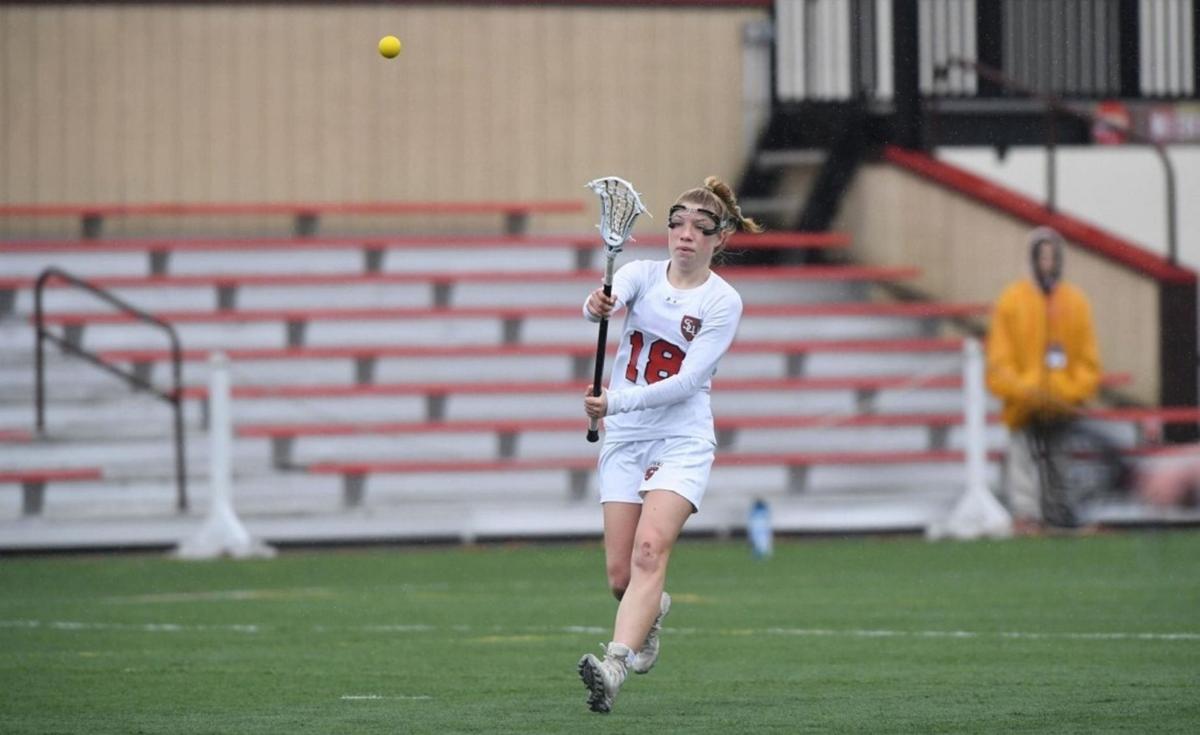 St. Lawrence’s Hannah Drechsel, a Potsdam native, has enjoyed a reunion at home as the family has come together under COVID-19 restrictions. St. Lawrence University photo

McKailey Lyndaker, a Lowville native, never made it to the field for a regular season game this season as the St. Lawrence softball season was called off. St. Lawrence University photo

St. Lawrence’s Hannah Drechsel, a Potsdam native, has enjoyed a reunion at home as the family has come together under COVID-19 restrictions. St. Lawrence University photo

CANTON — The NCAA has offered spring sport athletes who saw their careers end because of COVID-19 an additional year of eligibility, but none of St. Lawrence University’s seniors in men’s and women’s lacrosse, or softball, plan to come back for an extra season.

“At this point I really don’t anticipate we’ll get any back,” SLU men’s lacrosse coach Mike Mahoney said. “In our particular situation, (SLU) is not necessarily built for that extended stay. We want to get our guys in and have them here for a great four years and move on. We don’t have a graduate school that aligns with a lot of the professional aspirations for what our guys are going to do. It’s a huge financial commitment as well.”

Said softball coach Elisa VanKirk of her seniors, “They are all going to enter the real world. It’s hard, especially when you are playing at a school like SLU, where it’s so academically based, too. I would anticipate a lot of kids at high academic institutions are going to work.”

Women’s lacrosse coach Hannah Corkery also does not expect any of her seniors to come back, but thinks some players on her roster may take the extra year down the road.

“They all have jobs lined up,” Corkery said of the seniors. “They will take this in stride and just move on. We could see more of the younger kids taking this extra year, because they can plan for it.”

Like athletes everywhere, SLU’s spring athletes have struggled to deal with their lost seasons.

The men’s lacrosse team was off to a 3-0 start and appeared to have its strongest squad since the 2016 team, which made the NCAA final four.

“It was a shock and hard to deal with,” said senior Garret Glasgow, a Canton native. “We had a great team with high expectations. A big thing with us is everyone on our team agreed it was one of the tightest teams we’ve ever been on.”

Said Mahoney, “We had a big senior class, 15 guys that had played a ton of quality minutes for us. We had tremendous leadership. We were kind of building for this year. We got off to a good start. We beat SUNY Cortland (10-5), which is usually a good indicator of where you stand in the Northeast. The bigger issue that makes it more disheartening is for those seniors not to finish their careers on the field. I really feel for all the college seniors and high school seniors as well, when you can’t finish.”

Playing at SLU was the completion of a lifelong dream for Glasgow, who is the grandson of longtime area coach Dan Fay and the nephew of former Canton High School stars John and Ed Fay, who both played at Duke.

“Growing up I was always watching the program and always involved with the lacrosse camps, they were always a summer highlight,” Glasgow said. “When coach Mahoney and coach (Tom) Ryan gave me the opportunity, it was hard to pass up. This year was especially cool because I was able to play with (Mark) Mahoney last year and Cody Sipher this year.”

Both Mahoney, the son of coach Mike Mahoney, and Sipher, were former Canton High School teammates of Glasgow, who plans to get a graduate degree in education next year, either at SUNY Potsdam, SUNY Plattsburgh or Niagara.

Hannah Drechsel, a sophomore on the women’s team and a Potsdam native, had registered one goal and one assist as the Saints started 1-2 before the season ended.

One plus of home isolation for Drechsel is her entire family has been together at their Potsdam home for the first time since she was a sophomore in high school. Her older sister, Madelyn, works in Boston but is able to work from her parents home during the pandemic. Her mother, Sandy, is the daughter of the late Bob Sheldon, a longtime SLU athletic director and her father, Greg, is a former Clarkson men’s hockey assistant coach and a scout with the NHL’s Columbus Blue Jackets.

“That’s kind of the silver lining,” Drechsel said. “I never used to like walking before this and now I find myself going on mile-long walks. I look forward to it and it keeps me sane.”

Drechsel said she does some workouts at home, including a lot of running, and she is able to go to nearby SUNY Potsdam and use the outside wall of Maxcy Hall to throw a ball off the wall.

“I think I didn’t even really believe it,” Drechsel said when the season was called off. “We had a dream team when it comes to personality and culture. We’d spent seven months practice together and working out and it was wiped out.”

Corkery has missed Drechsel this spring, saying, “She’s one of the most charismatic athletes I ever worked with. She’s the hardest-working person on the field at all times. You can count on her to get the momentum going, but also to keep things light. I think the world of her. She’s very easy to work with. She’s someone you can push and see a little bit of development here and there.”

Corkery has kept busy this spring from her parents’ home in Newport, R.I. by talking to her team on Zoom and soon will be working on some virtual camps and clinics with some club teams.

The only team that did not get to play at all this spring was the Saints softball team, which was about to take its southern spring trip when the season was called off.

“It was very disappointing,” said junior pitcher McKailey Lyndaker, a Lowville native. “The whole team was very discouraged. We finished our whole preseason and we had nothing to show for it. We felt bad for the seniors. We threw together an impromptu senior night before we left campus, it was a little pizza party for them so they would have something to remember. It doesn’t replace what would have been, but it was something for them to remember.

Lyndaker’s mother, Sandra, is the Lowville softball coach so she has plenty of equipment to keep in softball shape. Her younger brother, Chase, is a catcher, so she works out with him.

Said VanKirk of Lyndaker, “She’s a great person and works super hard. She’s very versatile. She can pitch, play infield and outfield. She wants to get better.”

VanKirk has been working on a doctorate in organizational leadership, so the loss of the spring season has given her time to do more writing toward that degree.

“I would trade that all to be coaching softball,” VanKirk said. “I’m obsessed with softball. I love it. I was heartbroken for all (the team). It’s especially tough as a senior, a tough way to close out your career. They were so dedicated. They came out every day and worked hard and they really wanted to get better. They all had tremendous careers.”