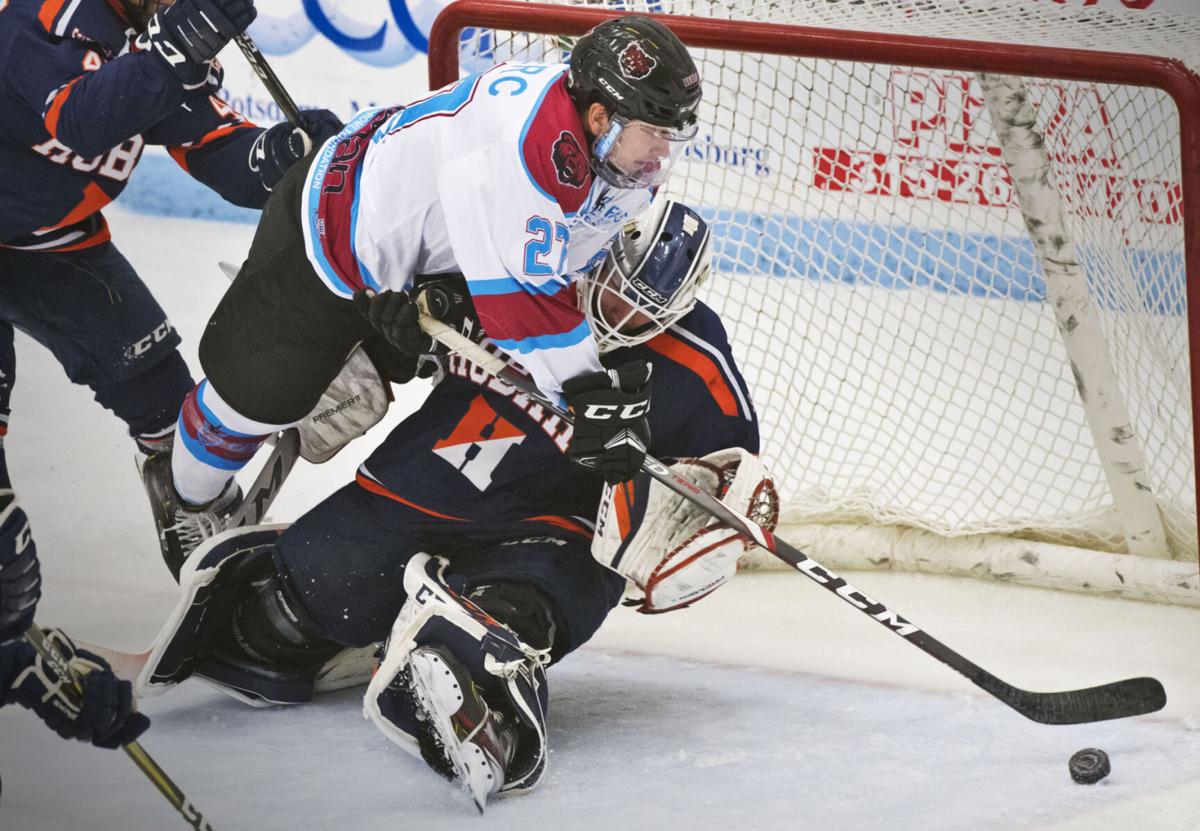 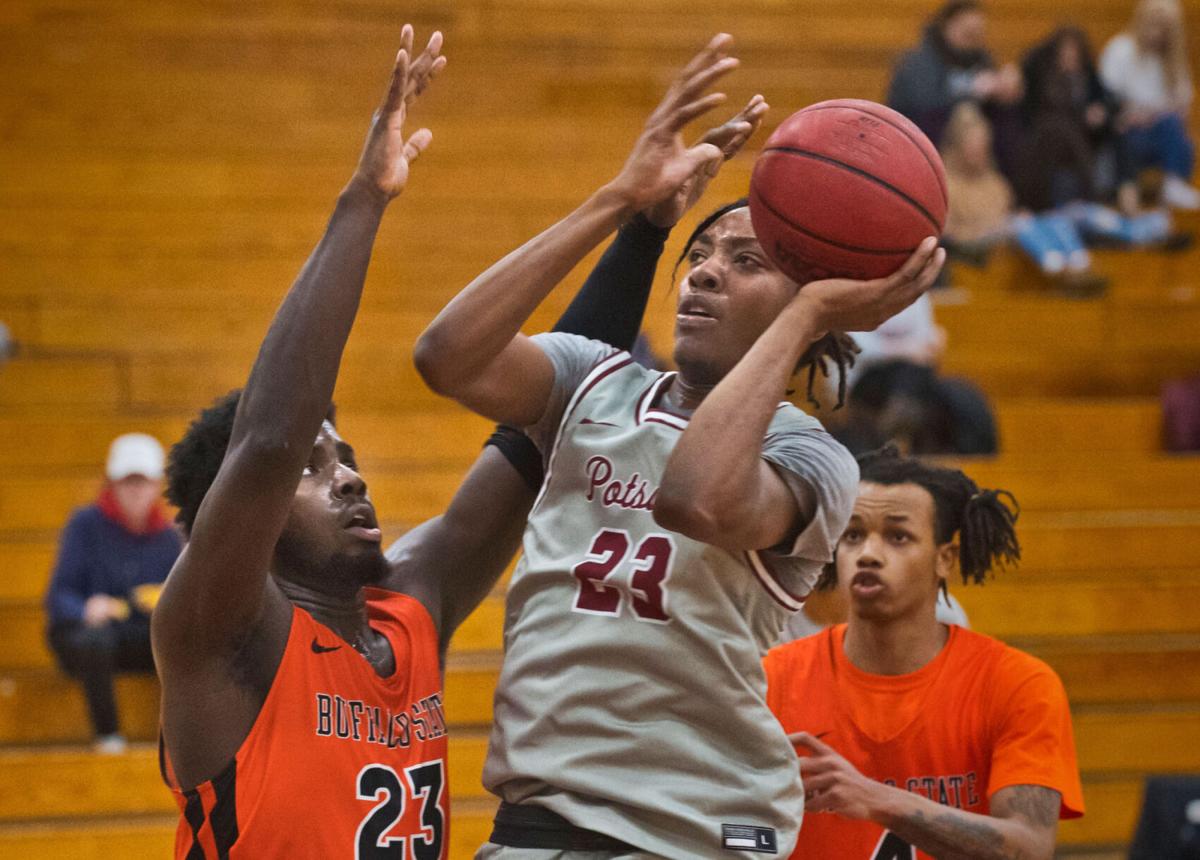 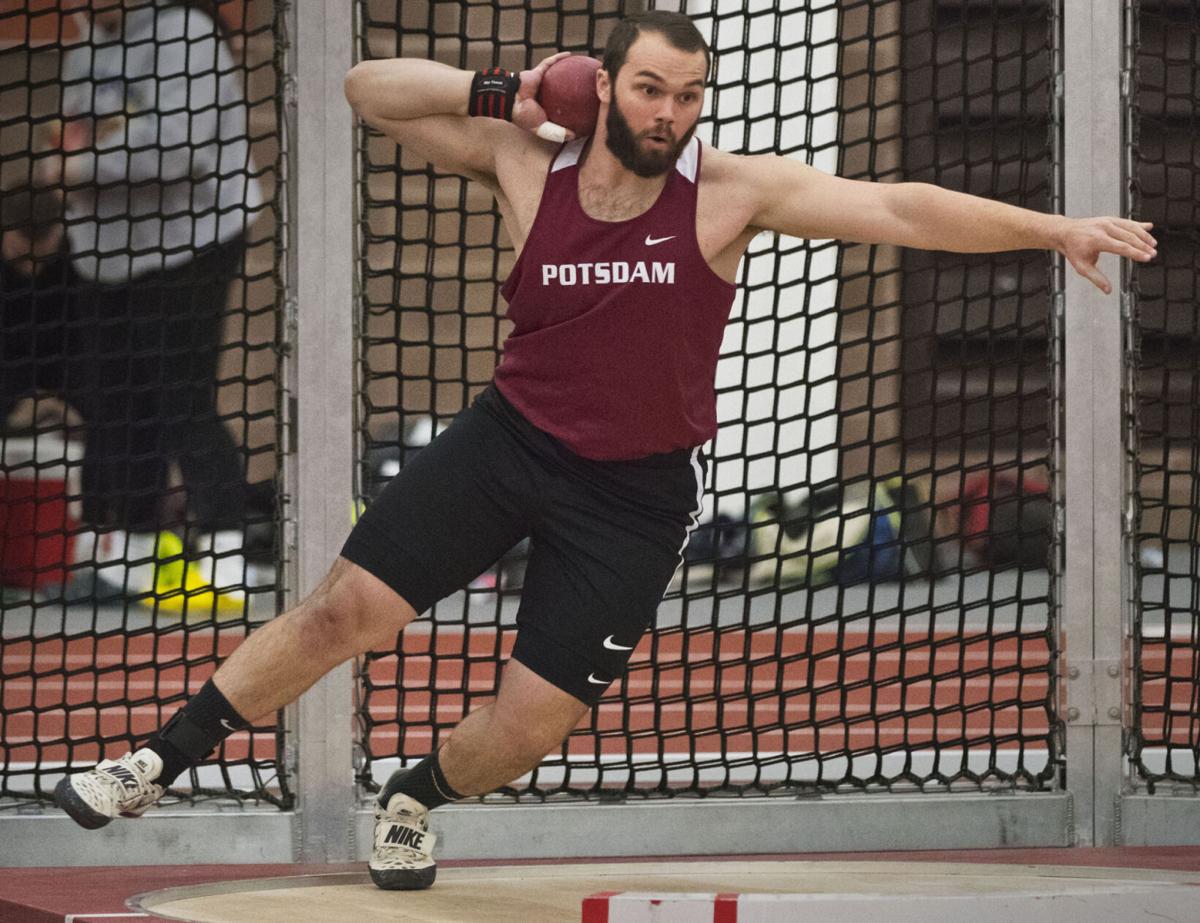 Potsdam’s Adam Parker was one the the top indoor throwers in the SUNYAC last season. Christopher Lenney/ Watertown Daily Times

Potsdam’s Adam Parker was one the the top indoor throwers in the SUNYAC last season. Christopher Lenney/ Watertown Daily Times

POTSDAM — Less than two weeks ago the State University of New York Athletic Conference had announced eight-game schedules, slated to begin in February, for men’s and women’s basketball and men’s hockey.

Imagine the surprise of SUNY Potsdam coaches on Monday when 13 days later the news started to leak on social media, and was soon confirmed, that the SUNYAC was canceling all winter sports, also including swimming and diving and indoor track and field, due to COVID-19 circumstances.

“I was very surprised,” said SUNY Potsdam men’s hockey coach Chris Bernard. “By them declaring they were going to have a schedule I thought that was going to mean they were willing to inherit all the subsequent questions. I never knew (no season) was a potential point of discussion. You understand things can happen, schools may have to go on a pause, but when this was decided at this juncture, it was a surprise. We were under the assumption that they had made the decision to inherit some of the issues and felt good about (playing).”

The conference announced the eight-game schedules, and split West and East Divisions, on Oct. 6.

“I’m just disappointed, mainly for the guys,” SUNY Potsdam men’s basketball coach Jim Bechtel said. “They’ve done everything right, followed all the protocols and stuff. We were getting ready to start a full team practice (Tuesday). I’m just disappointed with everything. I understand the health and safety logistics are challenging. It’s been a bit of an emotional roller coaster for sure, with the excitement of the schedule coming out and then having the season canceled. It is what it is, unfortunately. You kind of see cases starting to rise again. It wasn’t a shock that it happened.”

The scheduled games were not supposed to start for more than three months but the early decision to call off the season could give students to decide what they want to do for the second semester. All athletes are eligible for an extra year of competition.

“There were definitely disappointed faces,” women’s basketball coach Brittany Cohen said of her team. “We were just starting full practices. The good news is we will continue to practice for the next month here, hoping to get better. As of right now we can practice for the remainder of the semester until Thanksgiving. Everything is always up in the air.”

One of the disappointed SUNY Potsdam athletes is freshman men’s basketball player MeSean Johnson, who starred at Ogdensburg Free Academy and was the Times Section 10 Boys Athlete of the Year last season.

“Originally my mind totally went blank,” Johnson said upon hearing the news. “I didn’t know how to feel. I was kind of confused. I thought it was early to make a decision on what we are going to do. I just wanted to cry. The thing that gets me is I can’t do what I love and it’s totally out of my control. People are making decisions about me and my teammates getting to play and I have no say in it at all.”

SUNY Potsdam’s women’s hockey team, along with SUNY Canton’s, competes in the New England Women’s Hockey League, so their season has not formally ended yet. But, aside from the Kangaroos, every team in that league is a SUNYAC school in other sports, so first-year coach Greg Haney is assuming there will be no season.

“We are planning on moving forward with the plan not to play,” Haney said. “They are looking out for the best of us. It’s hard when you are faced with a little adversity to look at the big picture. It hasn’t been easy. We were supposed to go on the ice (Monday) as our first day with a whole team after our two weeks of (small groups). It was tough (news) to deliver to the seniors. We met with the team after meeting with them. They are pretty shaken up. The (seniors) went through a coaching change and that process and I told them I’d love to have them back as grad school allows.”

For now all the SUNY Potsdam coaches plan to continue practices with perhaps some changes to allow the fact that they are not preparing for games against other schools. They will try to incorporate the game experience through mixed squad games during practices on occasion.

“I appreciate so many alums and supporters of our program, both on our campus and throughout the region and beyond, who reached out to me right away to say they are sorry we are not going to have a season and are thinking of me and the players,” Bernard said. “That meant a lot to me.”