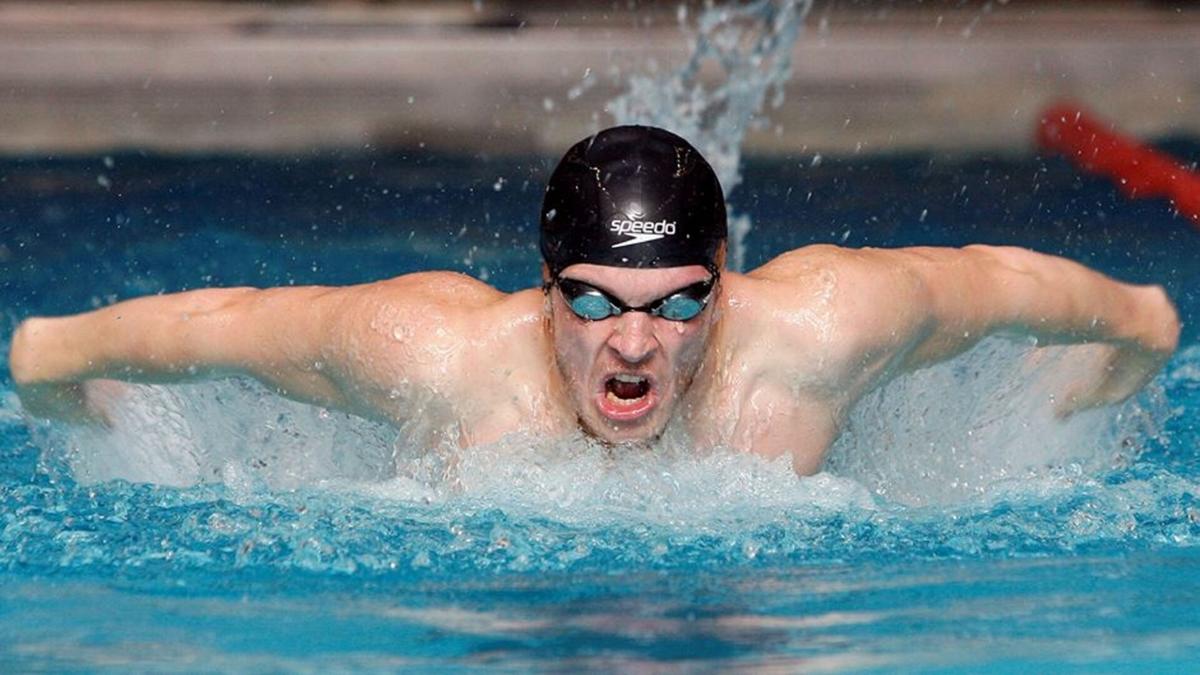 Alexander Taylor broke a series of SUNY Potsdam marks during his time in the pool for the Bears from 2009-13. Jason Hunter/SUNY Potsdam photo 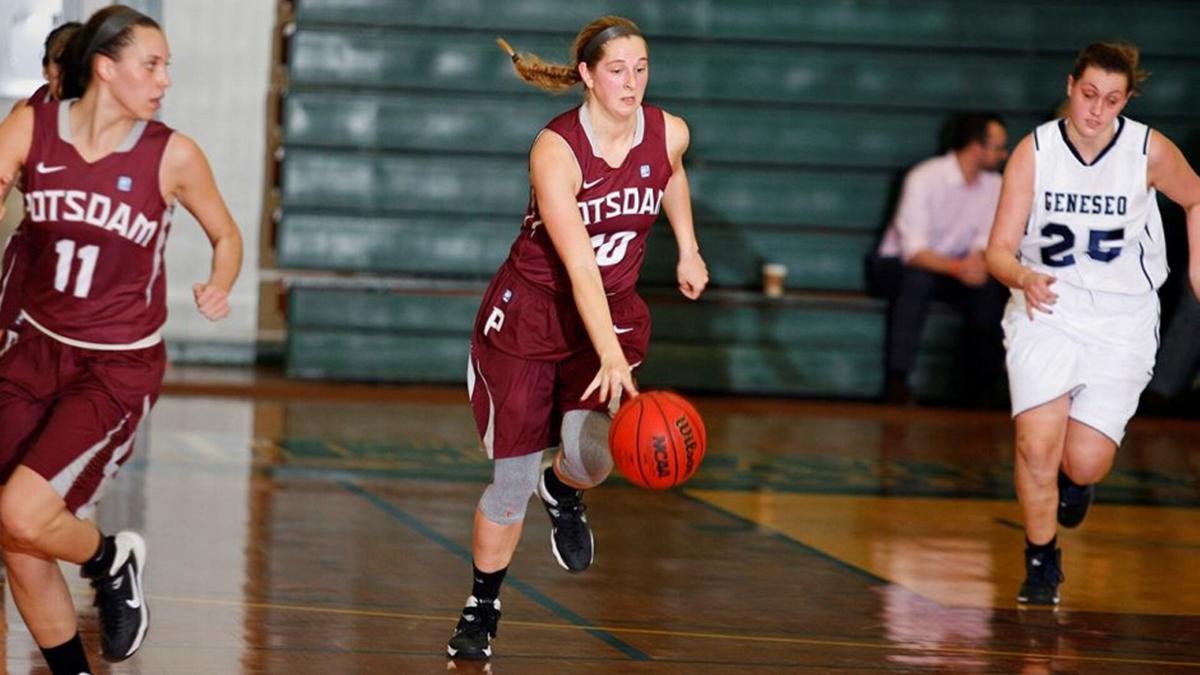 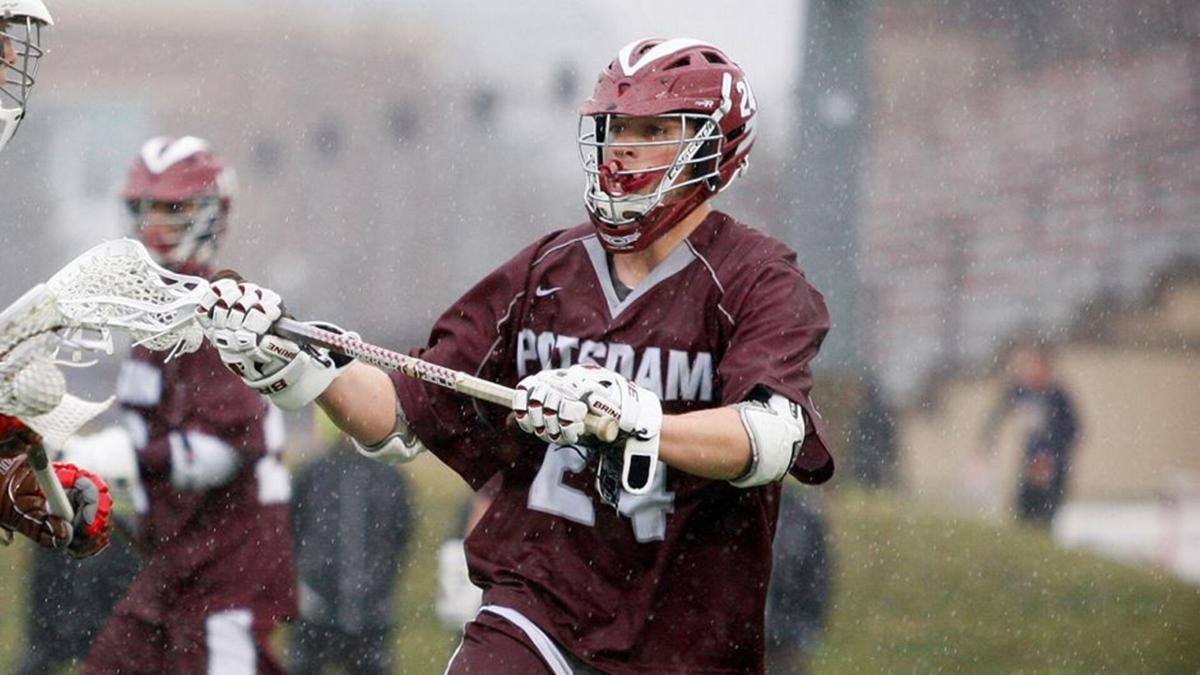 Alexander Taylor broke a series of SUNY Potsdam marks during his time in the pool for the Bears from 2009-13. Jason Hunter/SUNY Potsdam photo

The class was scheduled to be inducted in the fall of 2020 but the event was postponed a year due to COVID-19 restrictions. It was renamed the 2021 Hall of Fame class.

Here is a look at each of the inductees:

Alexander Taylor, from Port Ewen, swam four seasons for the Bears and totaled four conference titles and three All-SUNYAC awards during his career.

Taylor received his first taste of college success during his sophomore season when he finished second in the A Final of the 100 breaststroke at the SUNYAC Championships at Eric Community College. Taylor, who was recruited as a freestyle swimmer but ended up in breaststroke after Potsdam lost two swimmers in that event, won his first All-SUNYAC mention with the finish

As a junior Taylor broke the school mark in the 200 individual medley. He won the 100 breaststroke in the SUNYAC championships in Potsdam record time, then won the 200 breaststroke, also in school and SUNYAC record time and claimed All-SUNYAC first-team honors.

Taylor, named the Maxcy/Molnar Award winner as Potsdam top senior student-athlete, has been a swimming coach since 2016 and has coached Misercordia College since 2019, taking Middle Atlantic Conference women’s coach of the year honors for 2019-20.

Bailey Wiegel, from East Amherst, excelled in women’s basketball for four seasons and women’s lacrosse for three to become one of the top two-sport athletes ever in Potsdam history.

Wiegel began her Potsdam career competing in all 25 games for the basketball team, including 22 starts. She registered 6 points and 5.8 rebounds per game. She battled illness her sophomore year, averaging 9.1 ppg and 6.3 rpg. She also started her lacrosse career that season after being convinced to try out by Bears standout Margaret Wall.

Wiegel wound up with a team-high 22 goals and 11 assists and the program record for draw controls with 96 during her first season on the lacrosse team in 2012.

In her junior season Wiegel registered 10.9 ppg and 7.1 rpg, along with 79 assists, on the court. On the lacrosse field, she poured it on with 33 goals, 21 assists and a record 112 draw controls.

For her senior year in 2014-15, she recorded a career-high 24 points in a game against Fredonia. On senior day against Brockport, she scored 22 points in an emotional loss. She averaged 13.3 ppg and 8.7 rpg and was named to the All-SUNYAC third team. In lacrosse, she set another draw control record with 116 for the season and finished with 33 goals and 22 assists. She was named an All-SUNYAC pick for the third time.

Wiegel won the 2014-15 Female Maxcy/Molnar Award, graduating in 2015. She now works as the digital platform manager for the NBA’s New York Knicks.

Brady Fremont grew up playing for West Genesee High School and was aware of the north country because his family had a camp in the Thousand Islands.

Despite being cut from the high school lacrosse team his senior year because he was so focused on hockey, Fremont was welcomed to SUNY Potsdam and spent his freshman season reacquainting himself with the game and at the college level.

His most notable season at Potsdam may have been his sophomore year when the Bears advanced to the SUNYAC Championship for the first time in the lacrosse program’s history. Potsdam lost to Cortland in the final but Fremont’s play was key that season as he played in 16 of the Bears’ 17 games.

Fremont continued to shine as a short-stick midfielder as a junior, appearing in all 13 games, causing 12 turnovers and collecting 20 ground balls. Then as a senior, he registered two goals and three assists, 15 caused turnovers and 24 ground balls over 14 games and was named to the first team on the All-SUNYAC squad. A captain on the team, Fremont was also named a third team All-American.

Fremont now lives in New Smyrna Beach, Florida, where his is a superintendent for D.R. Horton, overseeing the building of residential homes.

Benson, a senior, is second on the team in blocks with nine and third in kills with 43 and total points with 48.

Benson appeared in all 11 matches through Sept. 8. She recorded a season-high seven kills against SUNY Canton on Sept. 10 and SUNY Oneonta on Sept. 11. She registered four digs against Elmira on Sept. 18 and four blocks against Plattsburgh on Sept. 11.

Yousey, a freshman, cleared the 6K course in 28:21.9 as Potsdam’s second runner across the finish line.

Emily Ware, from Massena, finished 23rd for Potsdam at the SUNY Poly event Sept. 18. She was 14th on Sept. 11 in the Cardinal Classic.