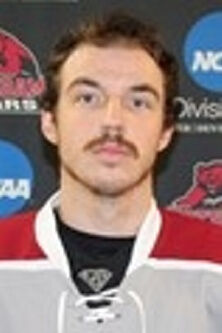 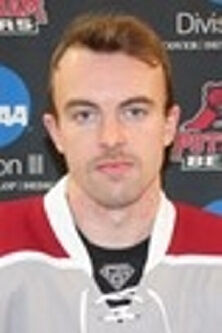 POTSDAM — The SUNY Potsdam men’s hockey team has selected its captains for the upcoming season.

Venter, a defenseman, has manned the blue line in 76 of Potsdam’s 78 contests during his three seasons. He’s contributed five goals and 12 assists for 17 points at the offensive end of the rink as well.

Sollazzo has seen action in 72 contests in three seasons. The forward has scored 10 goals and assisted on 11 others for 21 points in his career. He had a career-high 10 points last season.

Terranova, a forward, has 22 points on six goals and 16 assists in 50 career games. He was the Bears’ fourth leading scorer last season with a personal best four goals and 12 assists for 16 points.

Thompson had a career-high five goals last season. The forward has five goals and six assists in 35 career games.

After a slow start to the 2019-20 season, Potsdam heated up late. The Bears defeated Buffalo State 3-1 on the road to reach the SUNYAC semifinals for the first time since 2007-08.