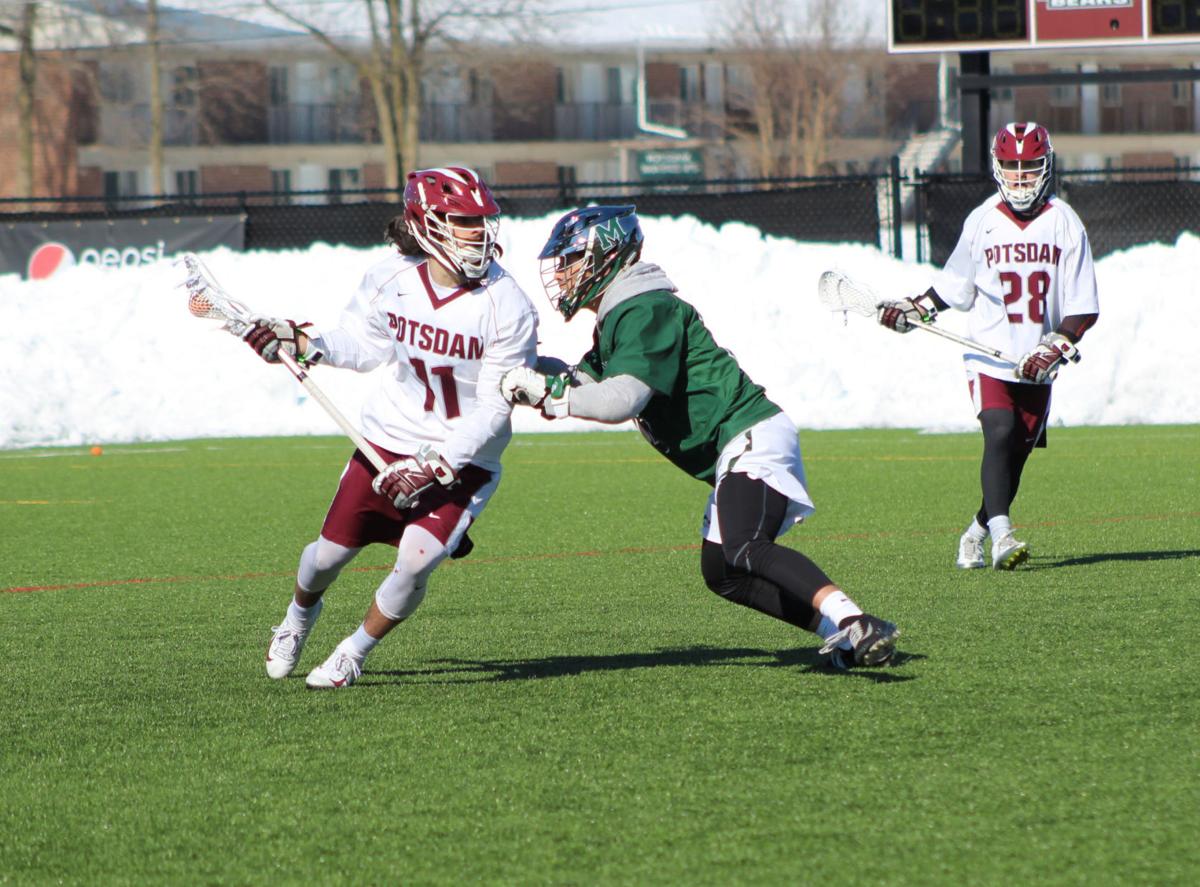 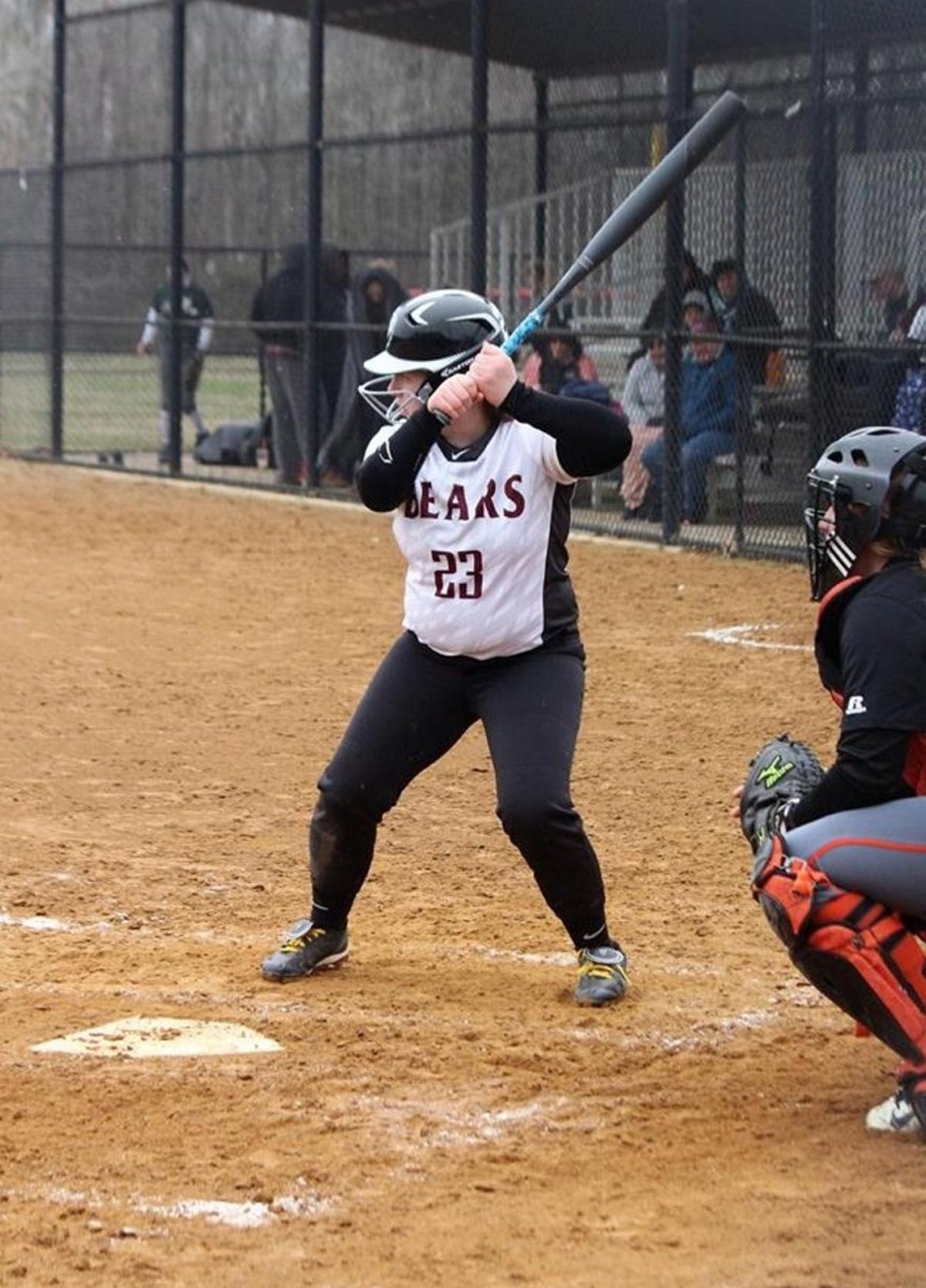 SUNY Potsdam’s Abby Hodgdon of Hammond expects to come back next year after her senior year was cut short. SUNY Potsdam photo 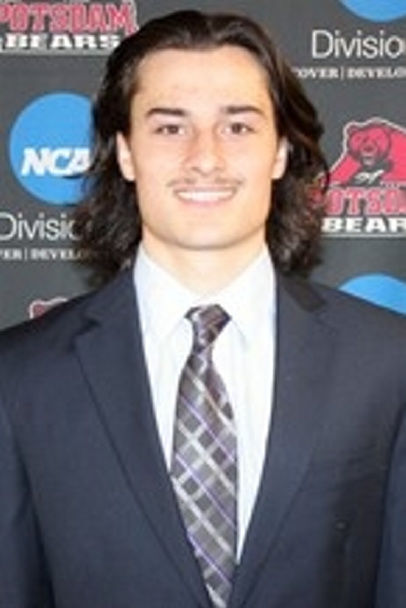 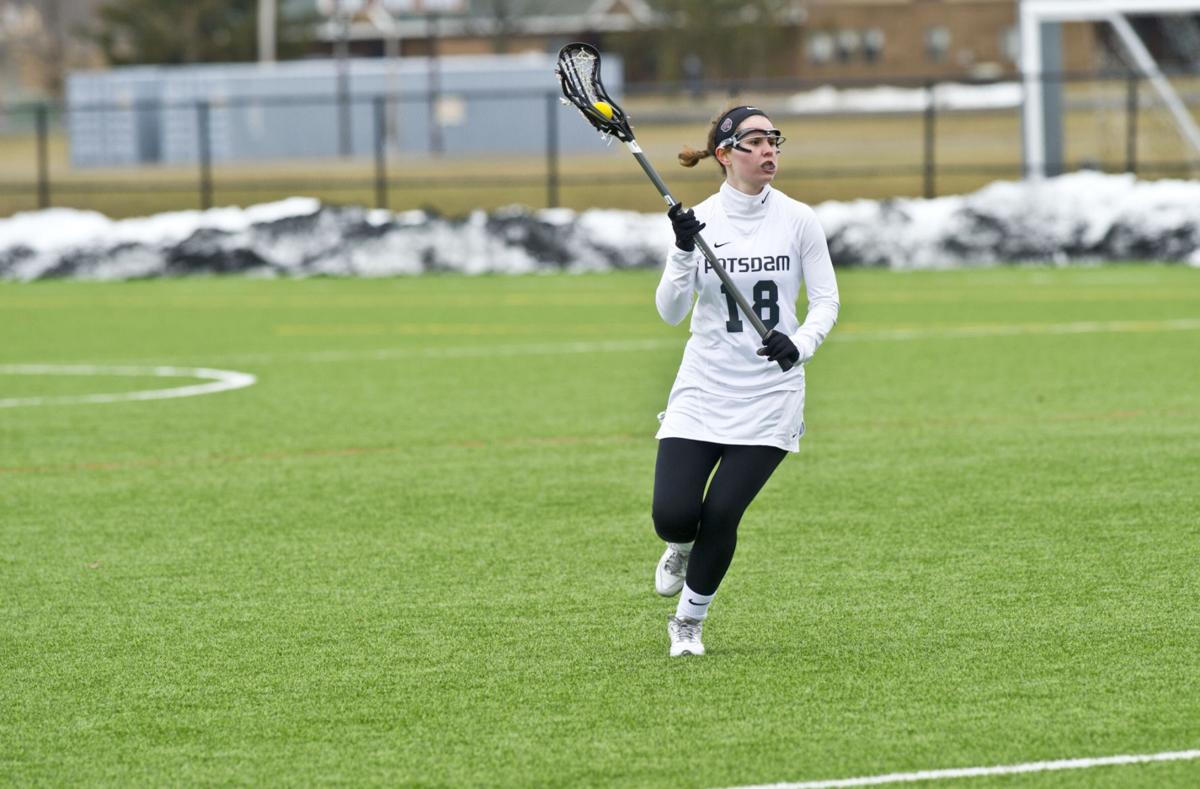 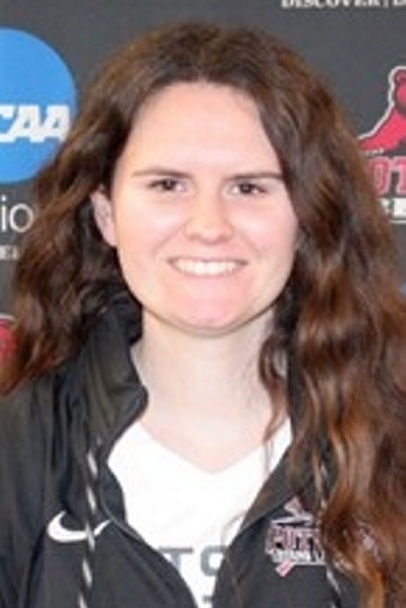 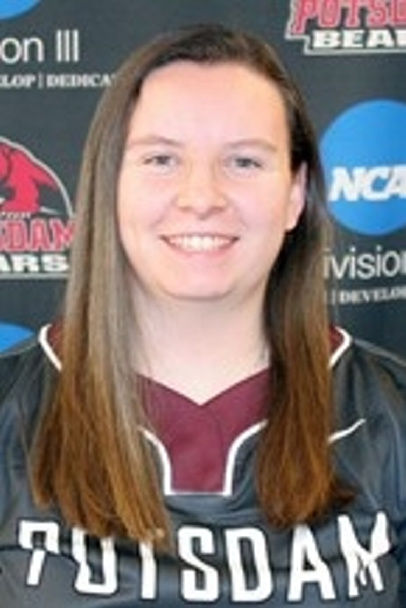 SUNY Potsdam’s Abby Hodgdon of Hammond expects to come back next year after her senior year was cut short. SUNY Potsdam photo

POTSDAM — The cancellation of college spring sports due to the COVID-19 pandemic has given coaches and athletes more time to work on other skills.

SUNY Potsdam men’s lacrosse coach Rick Berkman is spending the time when he normally would be running practice, or coaching a game, working on household projects.

The same can be said for women’s lacrosse coach Lauren Bruce, who said, “It’s heightened my skills on social media a little bit, just to stay connected. I’m trying to dive into our Instagram and Twitter, and my yard is as clean as it can get.”

The situation has also affected three local seniors on spring teams at SUNY Potsdam, who are finishing their academic years online while pondering their futures, as the NCAA is allowing spring seniors to come back next season if they wish, as long as they meet certain academic qualifications.

One of those seniors who plans to come back is men’s lacrosse player Josh Huiatt, a former Canton high school standout, who is someone Berkman considers to be of All-American capability.

Huiatt helped the Bears to a 4-1 start before the season was canceled and in 46 career games he has totaled 75 goals and 47 assists.

“I am happy I get an opportunity to come back and play another year,” Huiatt said. “There are seven (seniors) and maybe two will come back, for sure. I’ve seen a (social media) photo of a lot of those guys saying this (year) was it.”

Berkman said he believed the Bears could have started off with a 7-1 record, if the team had been able to keep playing this season, and contended for a spot in the SUNYAC playoffs. Having Huiatt returning next year takes some of the sting away from losing this season.

“It means the world to me to have Josh back,” Berkman said. “I just love being around Josh. His work ethic and motivation is contagious, not only to the team but to me as well.”

Huiatt, an attacker, is living in an apartment in Potsdam and taking online classes and has had to improvise a workout routine while facilities are shut down.

Canton native Sam Mace, a midfielder on the women’s lacrosse team, does not know yet if she will be back next year.

“I have to see if grad school is the right choice for me, and if that will be a good choice,” said Mace, who is a business administration major.

Said Bruce of Mace, who scored two goals in the first five games for the 3-2 Bears, “I would love to have her back. She’s a phenomenal player. She didn’t get to play much (in 2019) because she tore her ACL. To get back in shape for her senior season, and have this happen, it’s ultra-heartbreaking.”

If her career is over, Mace received a movie-style ending as her last game this year was a matchup with Norwich, which features her twin sister Mary-Kait. The Bears won that game in Hilton Head, S.C., 17-11, and each sister scored.

“That was really fun,” Mace said. “It wasn’t something I really thought about, but as our senior year came around I thought, ‘Why don’t we play each other?’ I was so excited for that game and I didn’t realize how important it was, in the moment. It was so much fun.”

Mace is graduating this spring and is not disappointed that she may not get to go to a traditional college graduation ceremony.

“It doesn’t really bother me that much, I don’t know why,” Mace said. “I’m a lot more upset about lacrosse. It was really frustrating. You work all year to get to the season to play the games and to not even be able to play them is frustrating after you put in all that work, especially after not being able to play last season. I was really excited to play in games and it was kind of devastating.”

Hammond native Abby Hodgdon, senior outfielder on the softball team, is planning to come back next spring.

“I’m still working on the details, but yes,” Hodgdon said. “I have to be pursuing a graduate degree or finishing undergraduate. I will graduate with a degree in exercise and science at the end of May and I’m looking at pursuing a master’s in management.”

Hodgdon has been a role player for the Bears, seeing action in 38 games in her career with the Bears. She picked up one hit in her first three seasons but was 3-for-5 when this season was cut short.

“She’s a great person,” said Bears coach Jordan Ott, who was a teammate of Hodgdon when Hodgdon was a freshman. “She’s one of those people who is a leader by example. She’s always willing to help the person next to her and she has a positive attitude. We knew the situation (during the spring trip to Florida), so I tried to get her in (games) as much as I could.”

Like Mace, Hodgdon was more upset about losing her softball season than her graduation ceremony.

“(A degree) is something you’ve been working toward for four years and your hard work pays off,” Hodgdon said. “You still get your degree at the end. Everyone was as upset as anyone would be (when softball ended). We just took the opportunity to spend time together.”

Hodgdon will likely still be around college sports when her playing days are done as her career goal is to become a strength-and-conditioning coach.

“I’ve helped my team with it over the last couple years,” Hodgdon said. “I (originally) planned to go to school for physical therapy, but over the course of my classes at Potsdam I fell in love with (strength and conditioning).”