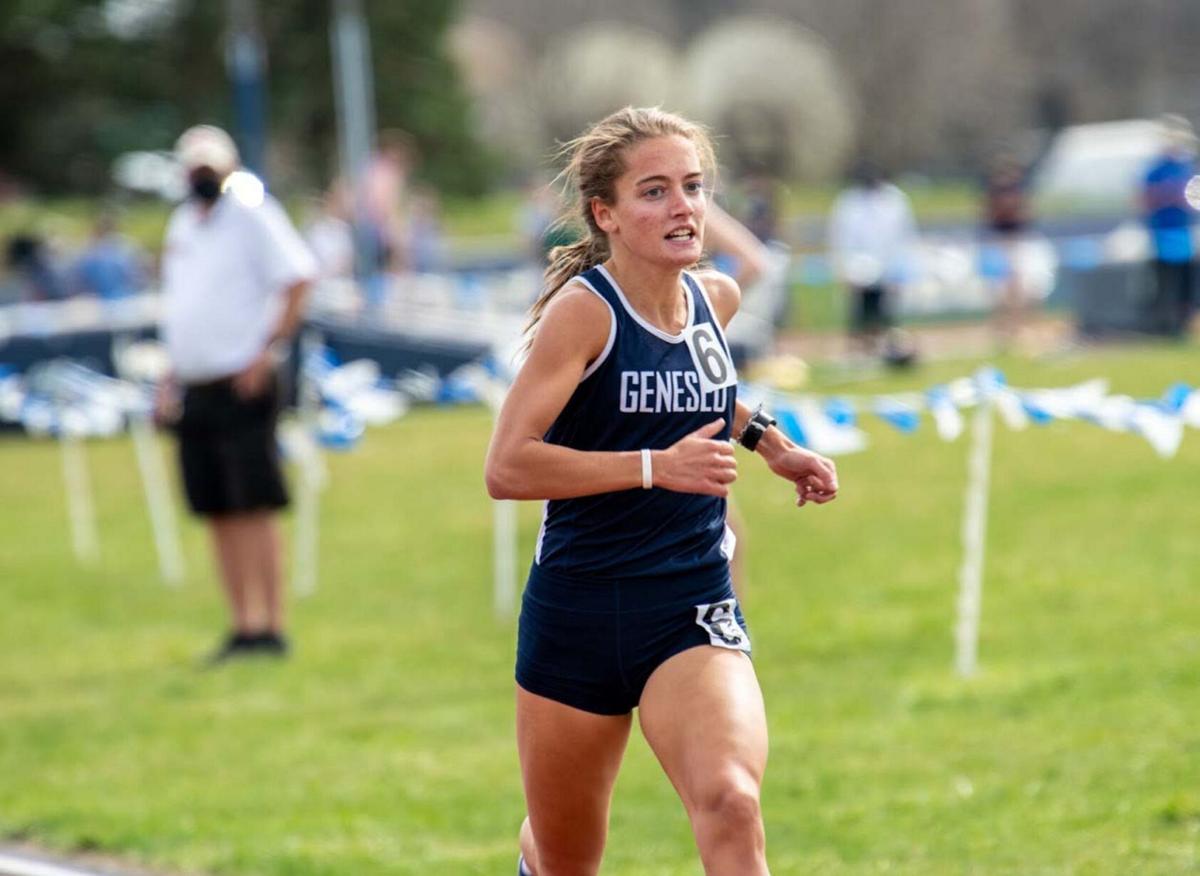 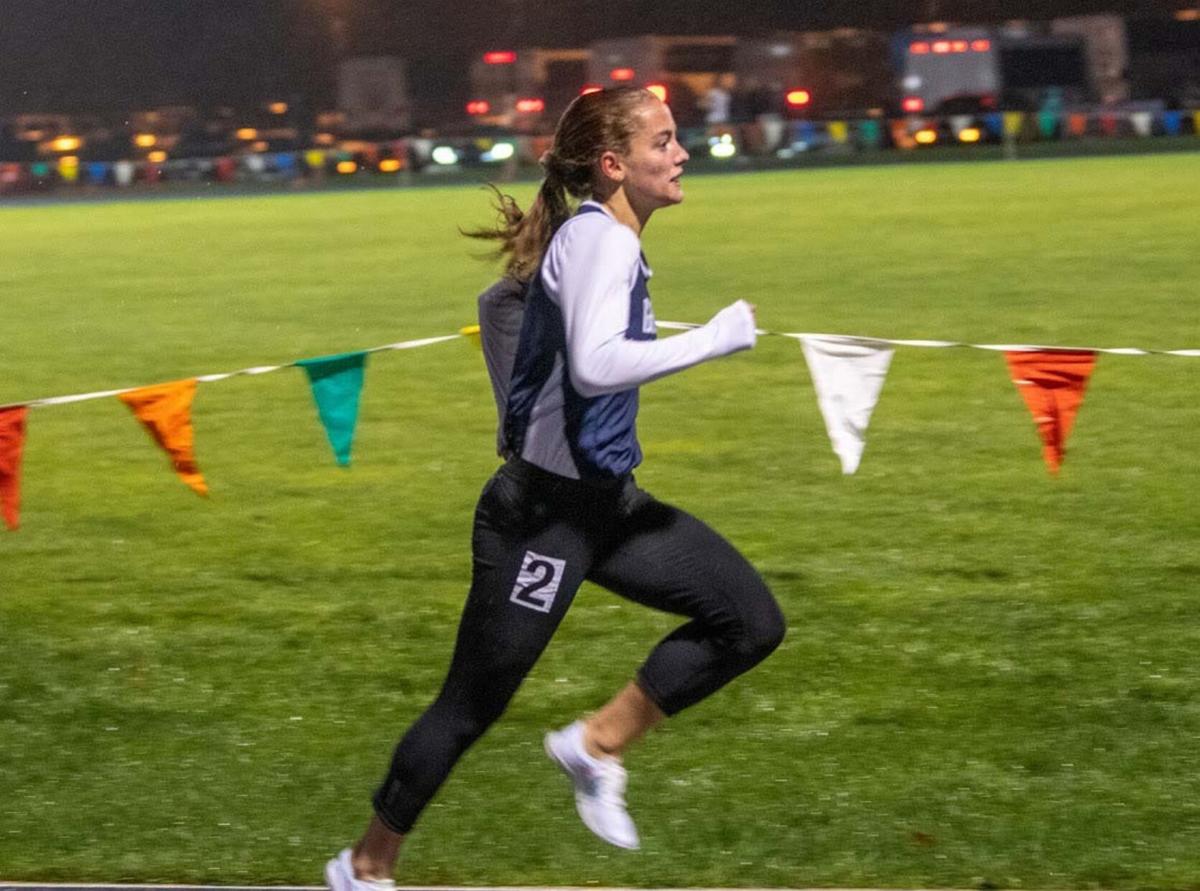 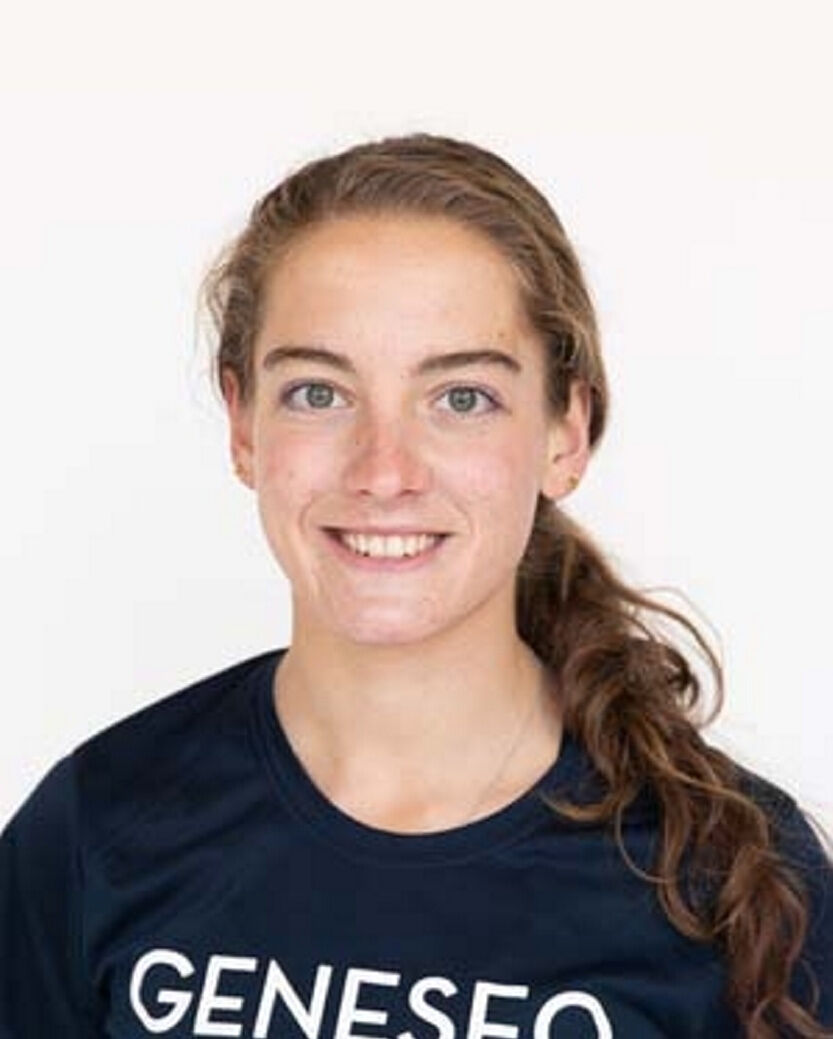 Prior to the pandemic, Emily Pomainville was nowhere near running at the national level.

But with lost outdoor track and cross country seasons, Pomainville went through a transformation.

Upon her return to campus after Thanksgiving, Pomainville returned to practice with the Knights on Feb. 17. The Malone native has been on a tear since.

On April 16, Pomainville posted a time of 4 minutes, 22.47 seconds for the 1500 meters in the Redhawk Invitational at Roberts Wesleyan College.

The time set a school record, as well as an SUNYAC record, breaking marks of 4:28.00 at SUNY Geneseo by Elise Ramirez and 4:27.16 in SUNYAC by Rachael Shine.

“She obliterated it,” Moore said.

Pomainville’s record in the 1500 is the top time in NCAA Division III this season, as well as the ninth all-time in Division III. Before then, Pomainville set the facility record at Alumni Track during the Geneseo Early Season Invitational this month with a time of 4:35.57.

Heading into the season, Pomainville wasn’t sure about her fitness level. Her initial 1500-meter goal was to get as close to her lifetime objective – 4:34 – as possible. She would’ve settled for anything around 4:40.

“But if I can go faster than that, that’d be great,” Pomainville said. “If I don’t get that at nationals, that’s fine too. I didn’t have any idea I’d even be qualifying for nationals, so the fact I’m so high up there in the rankings, it’s quite exciting.”

Pomainville looks to compete at the Division III Outdoor Track and Field National Championship hosted at North Carolina A&T State University in Greensboro, N.C. on May 27-29.

And the 1500 meters isn’t the only event on the radar.

A week-and-a-half ago, Pomainville ran the 800 meters in 2:11.51 – currently the second best time in Division III this season.

“COVID was obviously a setback, but rather than get discouraged about canceled seasons and stuff, I kind of used that as motivation to look forward to if we ever have the chance to race again,” Pomainville said.

SUNY Geneseo, like other Division III programs around the nation, tried to keep motivation up for team members through Zoom meetings in the offseason before mid-February. The months were trying for the Knights, though according to Moore, Pomainville’s mind-set and attention to detail have improved significantly during that time.

“She is locked in to do the workouts and the extra – what we call ‘the little things,’ that are the big things that make a difference,” Moore said. “Focusing on sleep and nutrition, and hydration and stretching. Those are some of the things that she’s really locked into better than ever.”

But like her motions on the track this season – which has garnered two SUNYAC Women’s Track Athlete of the Week honors – Pomainville has put one foot in front of the other since the onset of the pandemic.

“It’s kind of disappointing sometimes looking back and saying what could’ve been during those missed seasons, but right now I’m just trying to focus on being grateful we do get to compete this season,” Pomainville said. “Just trying to run and have fun, hit the fastest times I can.”

For Pomainville, that’s always been the way to go. The Franklin Academy alumna never felt that competitive edge. She just runs.

“Athletics isn’t really a big thing in Section 10 comparatively to other sections. I’ve always had more of a, ‘Let’s go out and run, let’s go have fun’ (mentality). There was never pressure in terms of performance and results,” Pomainville said. “Coming here and seeing other people who are just trying to hit the standards and run the times – I guess I come from a different background in that aspect. I’d rather just go out and enjoy the run.”

The plan for Pomainville is to enter both the 1500 and 800 with a shot at winning two national titles.

“The ultimate goal is to come home with one national championship with Emily, but not ruling her out of the 800 either,” Moore said. “She does have a tall order in front of her.”

That order comes in the form of Messiah University junior Esther Seeland. Seeland is the defending outdoor track and field national champion for the Division III 800, having won it her freshman year, and is the No. 2 seed for 1500.

But the national championships are over a month away, and there’s plenty of season left until then. In the meantime, Pomainville will stick to the basics. Not focusing on the competition, but the fun of it all.