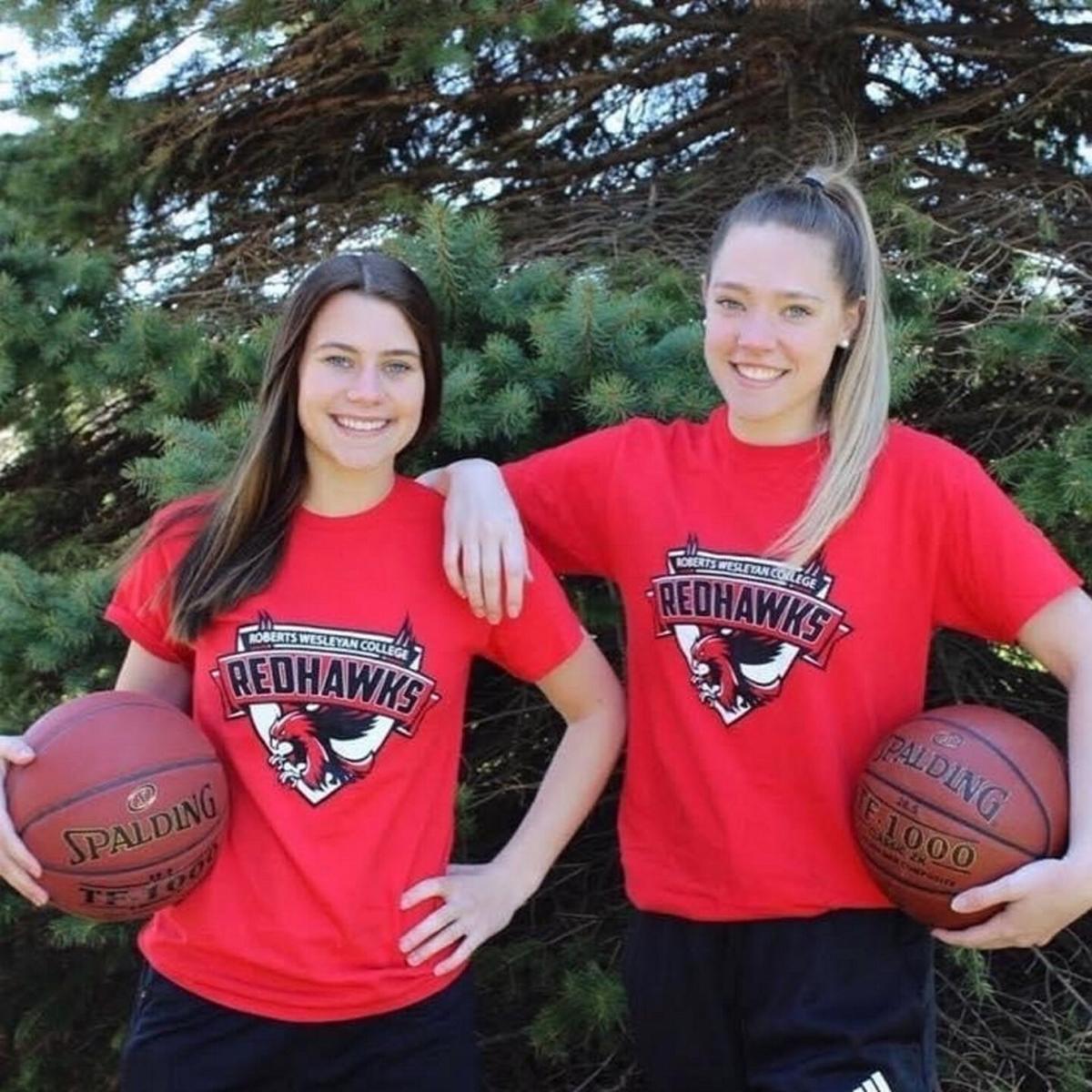 Madison and Paige McCormick, left to right, are playing basketball together with the NCAA Division II Roberts Wesleyan women’s basketball team in Rochester. It’s the first time the sisters have been teammates since Heuvelton High School in 2017. Provided photo 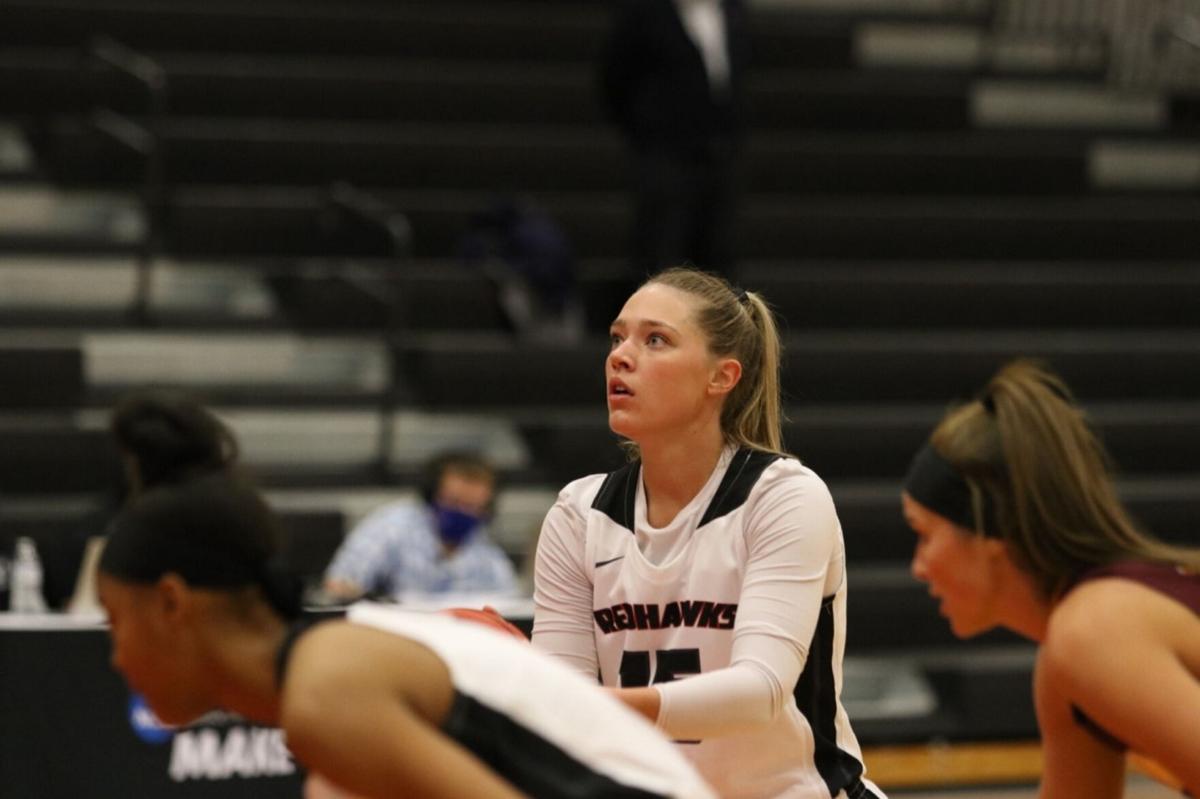 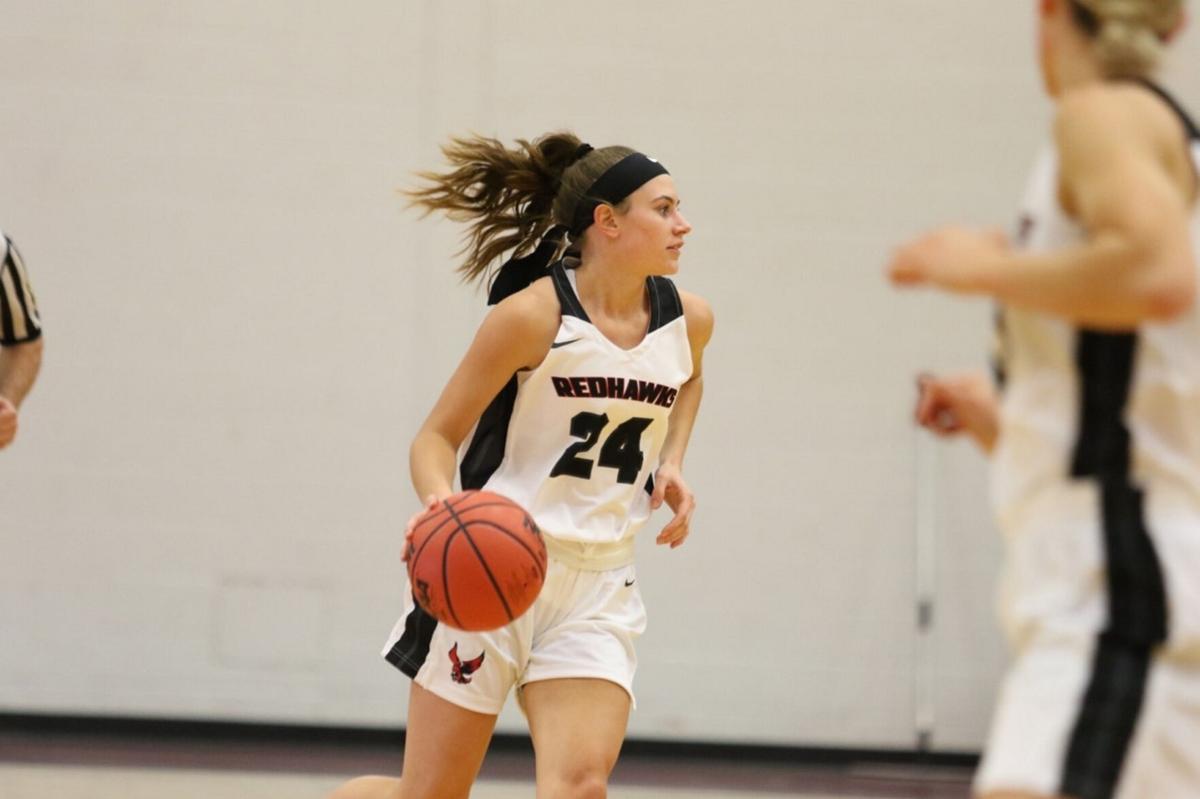 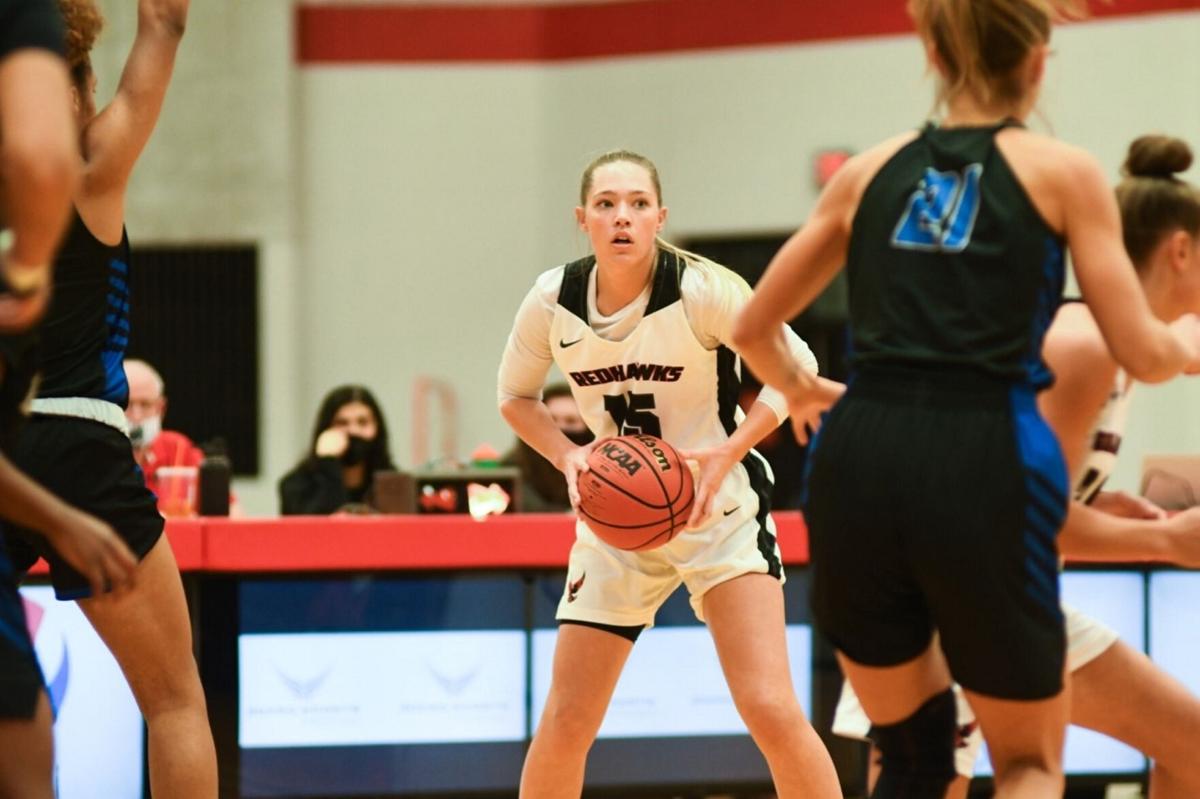 Paige McCormick looks for someone to pass to in a recent Roberts Wesleyan game. Provided photo

Madison and Paige McCormick, left to right, are playing basketball together with the NCAA Division II Roberts Wesleyan women’s basketball team in Rochester. It’s the first time the sisters have been teammates since Heuvelton High School in 2017. Provided photo

Paige McCormick looks for someone to pass to in a recent Roberts Wesleyan game. Provided photo

When you see the McCormick sisters on a basketball court together you can see many similarities, despite Paige being a 5-foot-11 forward and Madison a 5-7 point guard.

Both of the sisters from Heuvelton, who play for the Roberts Wesleyan NCAA Division II women’s basketball team in Rochester, are leaders on the court and share the same unselfish attitude as players. Through the first eight games of the season the sisters were tied for the team lead in assists with 21.

Off the court the sisters have their different personalities. Paige, a senior who transferred from NCAA Division I UMass, is very outgoing and tries to be friendly to everyone. Madison, a sophomore, is also friendly but added, “I’m nice, but if I don’t like you, you know it.”

Added Paige of Madison, “She does a good job of not taking any crap. You can have your opinions about her and she won’t care, she knows who she is. She doesn’t let anything bother her too much.”

This season is the first time they’ve been on the same team since high school and they have had mixed results. COVID-19 has caused issues, shortening the season to about 14 games and limiting how many practices they could have before the opening game.

Roberts Wesleyan is 4-6 overall and 2-4 in conference play heading into a game Sunday at D’Youville in Buffalo. They host D’Youville on Wednesday and end the regular season with home games against Molloy next weekend.

“Everyone needs to be a threat on the court,” Roberts Wesleyan coach Kevin Clifford said. “Madison wants to run the plays and do well in terms of that. Paige is a great high/low passer. I think they can do a little bit of both. They can get assists, but also score as well. They do a little bit of everything. I think (their parents, Charlie and Kari) have done a great job instilling values into them and work ethic. They are great kids and work so hard. They are different in size, and position. They do a lot of things. They don’t just do one thing.”

Both sisters were coached by their dad, who is also on the Ogdensburg Free Academy football staff, growing up. They are both happy that he was no different with them than he is with his football players.

“Our mind-set of the winning mentality and doing whatever it takes, basically, to win, we get from him and I wouldn’t have it any other way,” Paige said. “Both of our parents raised us to be good human beings. I wouldn’t change that for the world. Our behavior, and how we carry ourselves, I feel like we’ve gotten from them. My dad coached us since we were little and obviously it worked.”

Said Madison, “In fourth grade I missed a layup and I got kicked out (of the gym). You don’t want to be treated differently, especially as a female athlete. Just because I’m a girl you can’t yell at me. I want to be yelled at.”

The sisters also credit a lot of their success to their coach at Heuvelton, Rob Powers.

“I feel like there was a good balance,” Paige said. “He would get on us when he knew he had to get on us, especially at halftime if we weren’t producing the way he expected. At the same time, he cared about you outside of basketball, too. He cared about how your classes were, or how your life was going. He is still in touch with all of the players he has ever coached. That says a lot about him as a person. That’s what I would think most athletes would appreciate the most. I value relationships with others.”

The sisters live together in an off-campus apartment near campus and are competitive with each other as well. They have had their share of interesting fights growing up, including some they don’t want mentioned.

Paige recalled a time she was a freshman in high school alone at home with Madison and supposed to be making sure she was doing her homework.

“We had a snow day, (Madison) had a reading log to do,” Paige said. “She needed to do it and I was the only one home and I told her to do it and this girl looks all around, she’s throwing a tantrum looking to fight me. She’s looking for something to grab and she grabs a (majorette baton) and I thought she was going to beat me with it. I literally had to tackle her to the ground and chill her out.”

Said Madison, “My favorite (fight) was before we played Lisbon we were in the locker room and she wanted me to braid her hair. We got in a little pushing action and our teammates had to step in. I said, ‘I’m not going to pass to you!’.”