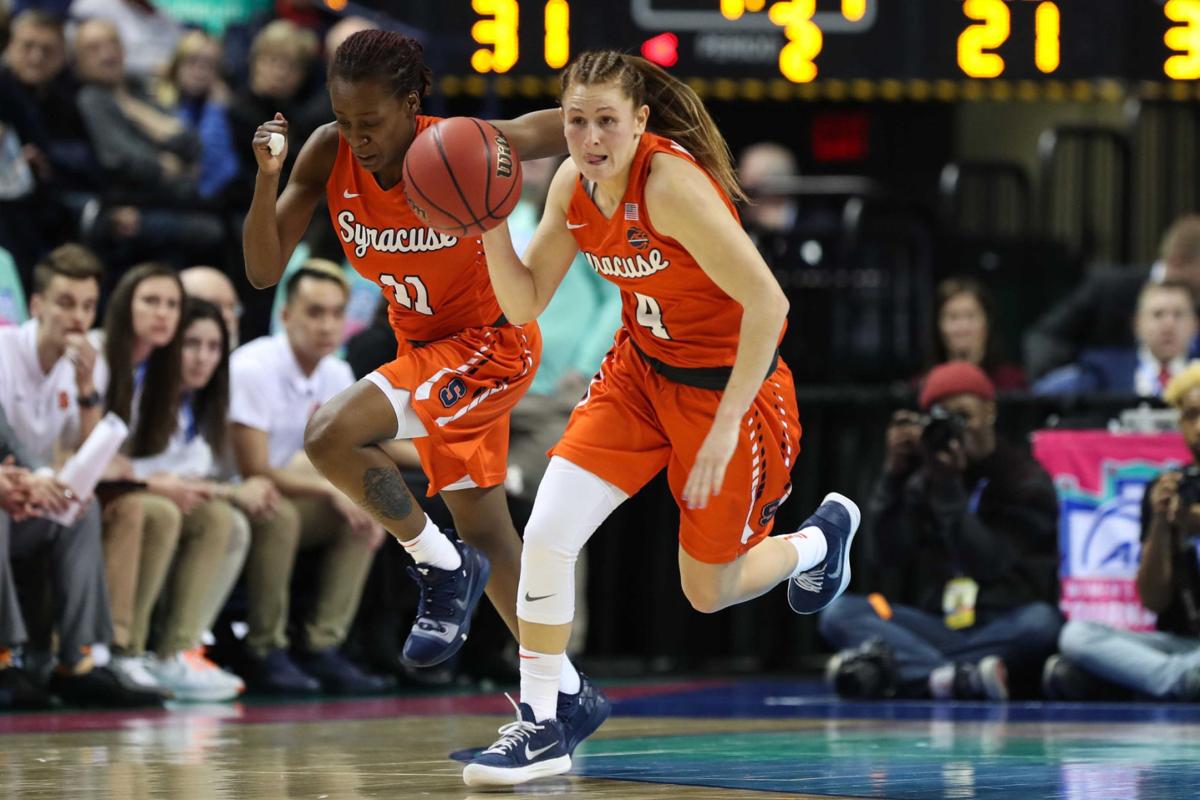 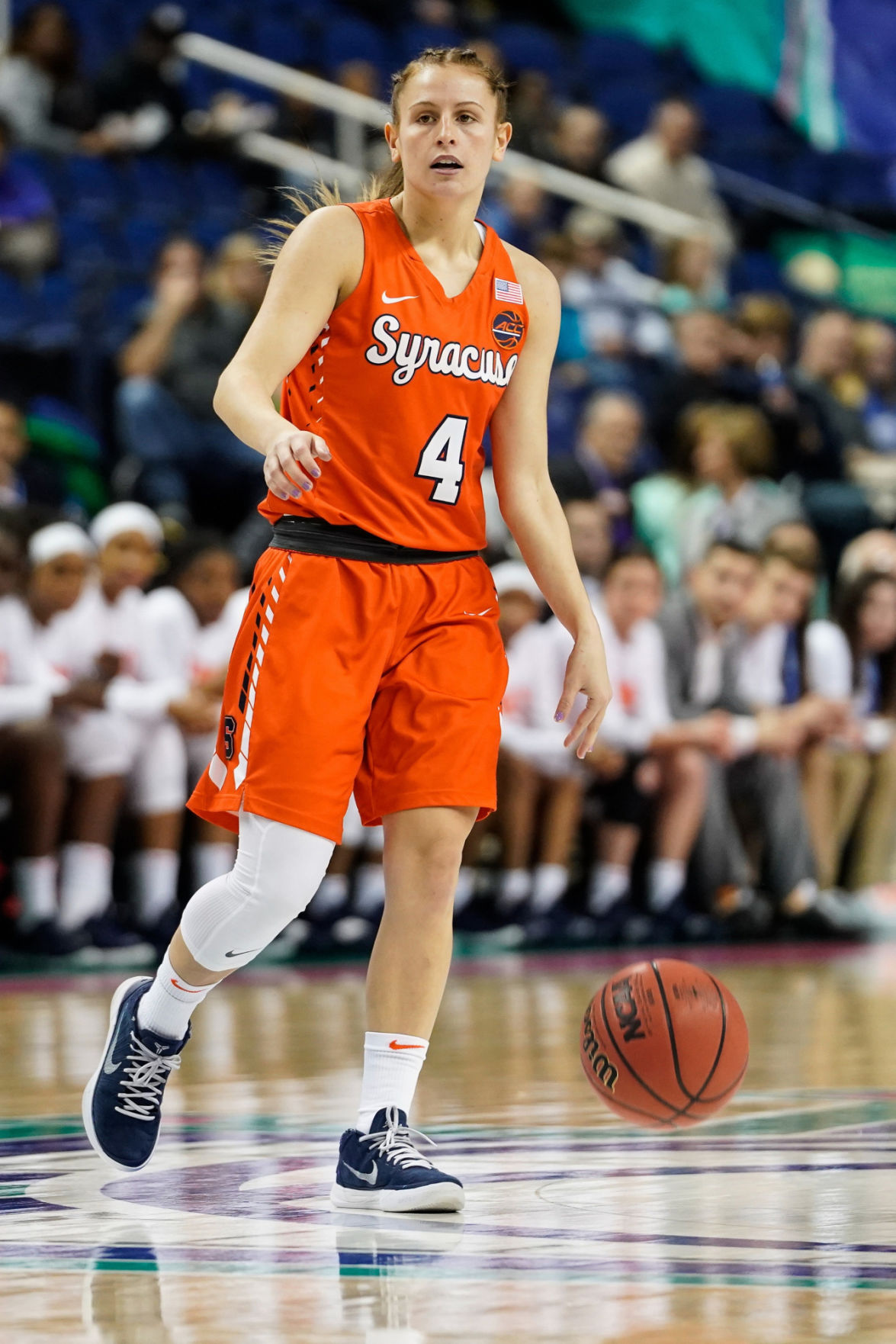 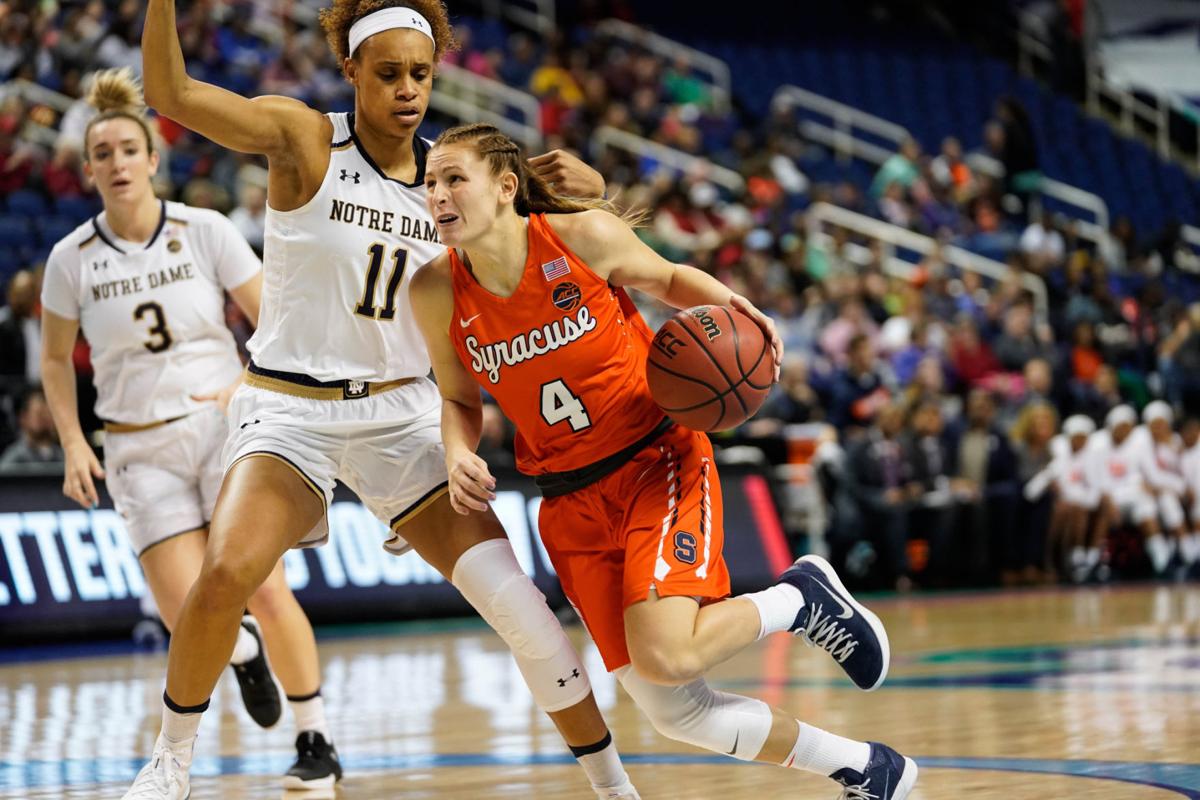 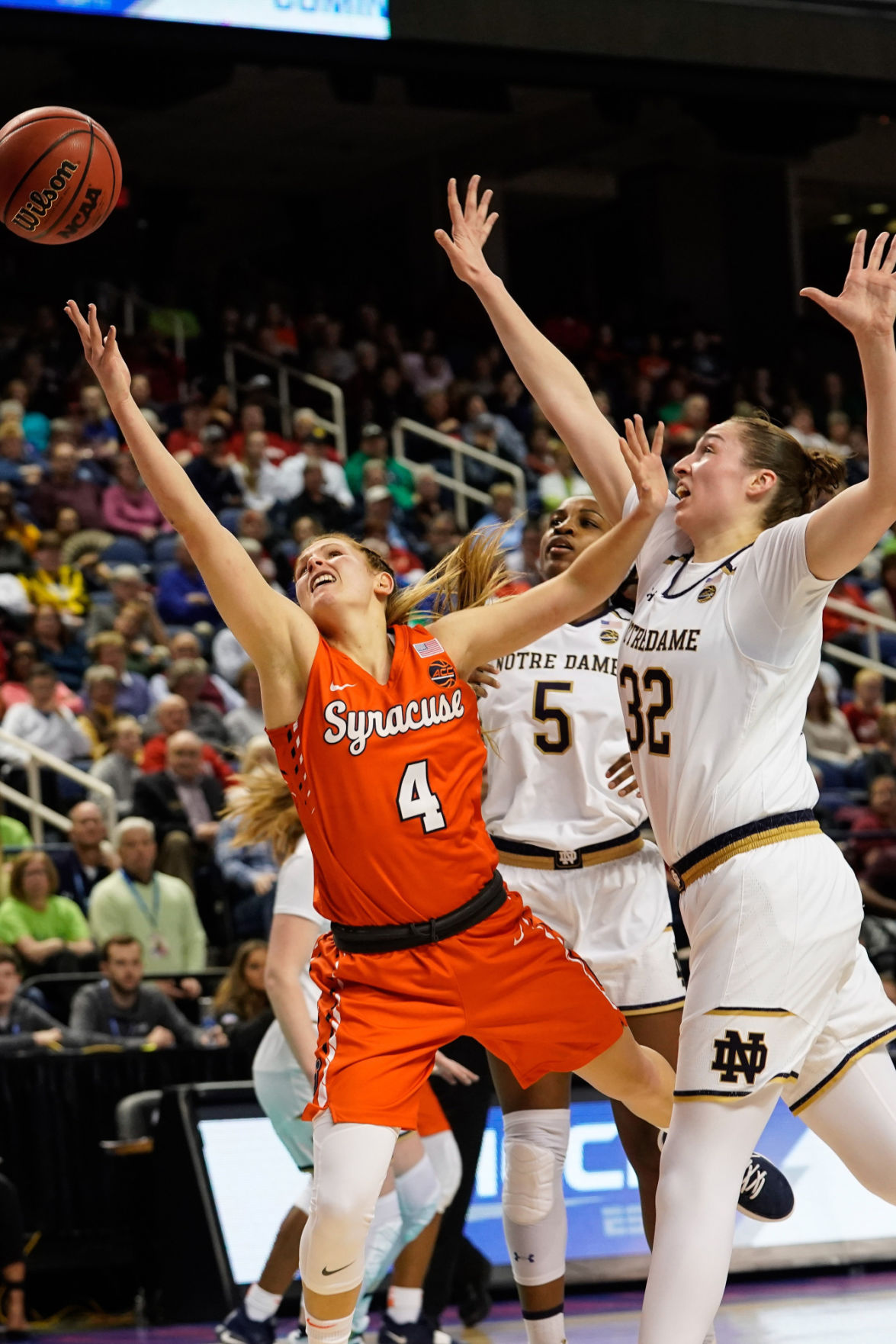 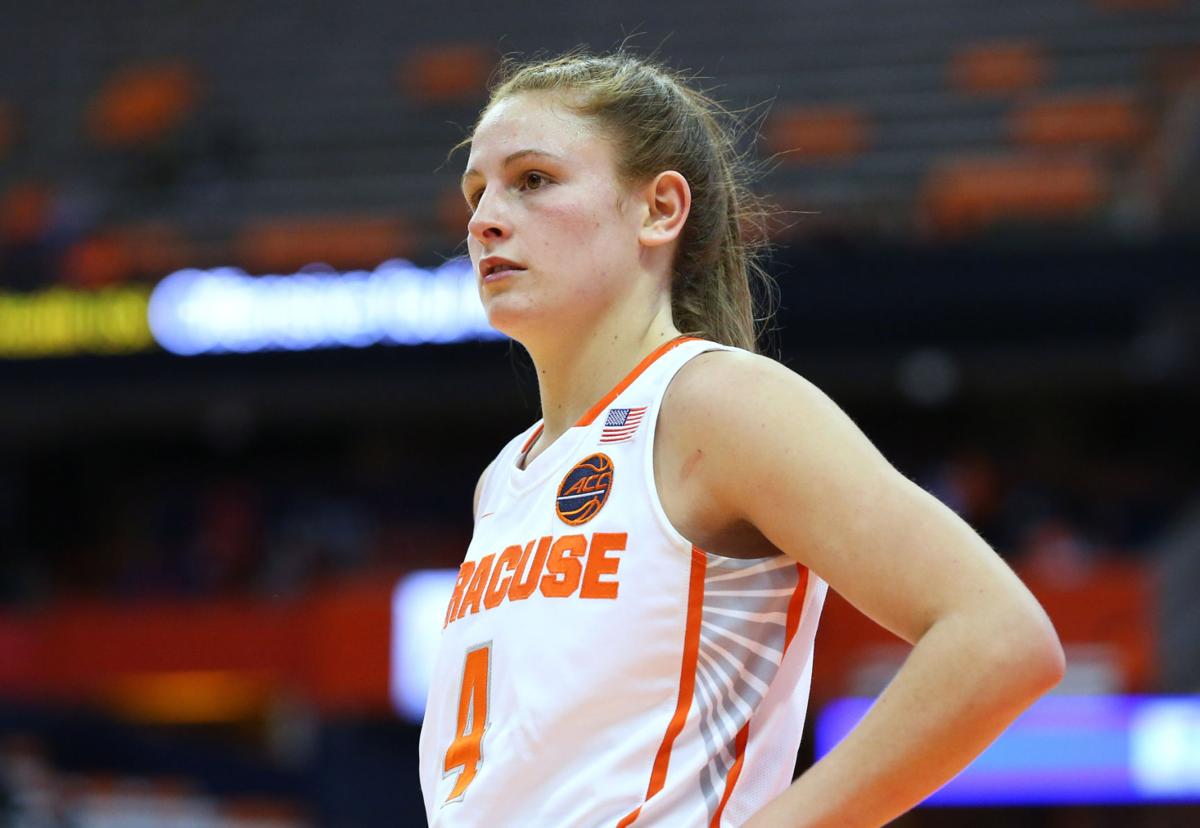 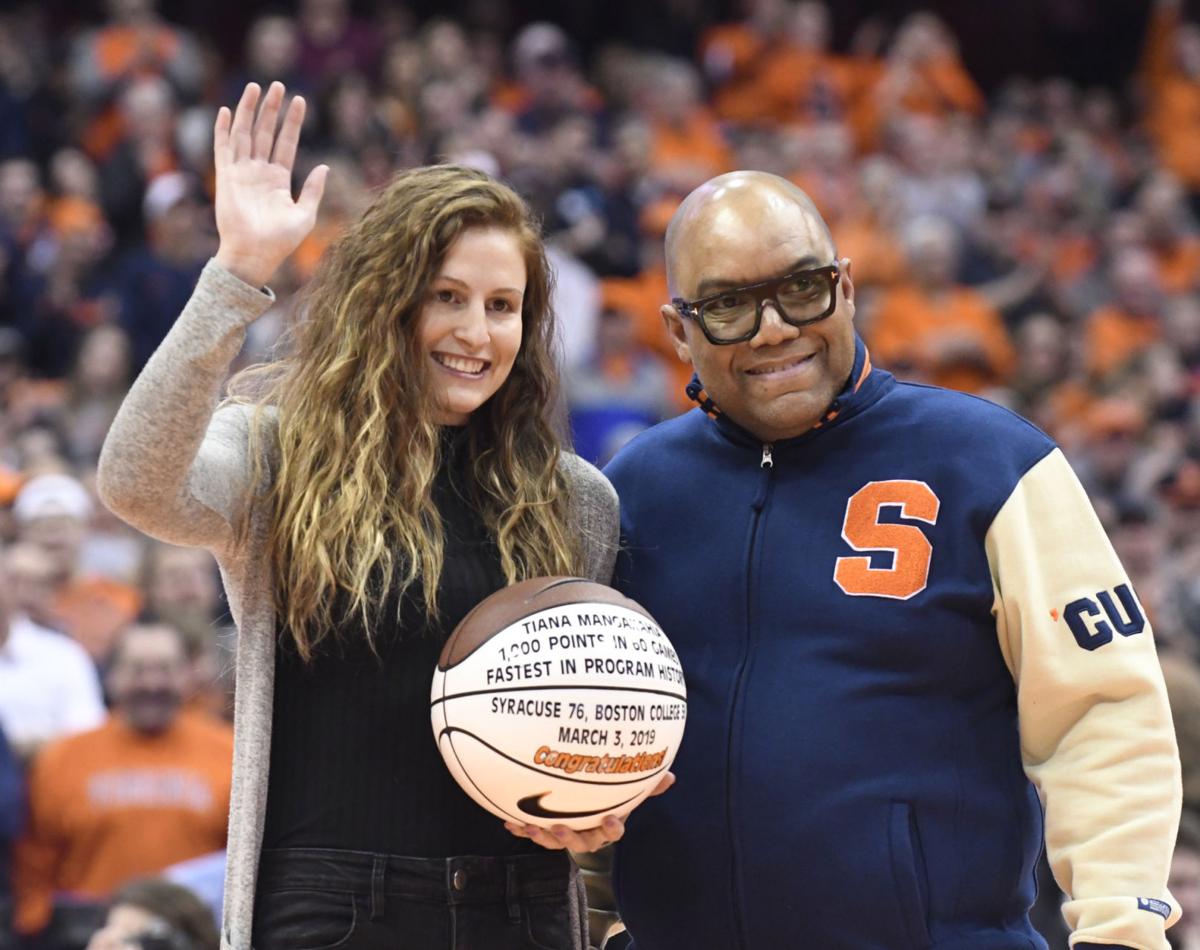 Tiana Mangakahia with her head coach Quentin Hillsman, is honored on March 4, 2019 for being the fastest player to make 1,000 points in the woman’s Syracuse basketball program. Mark Konezny/USA TODAY Sports 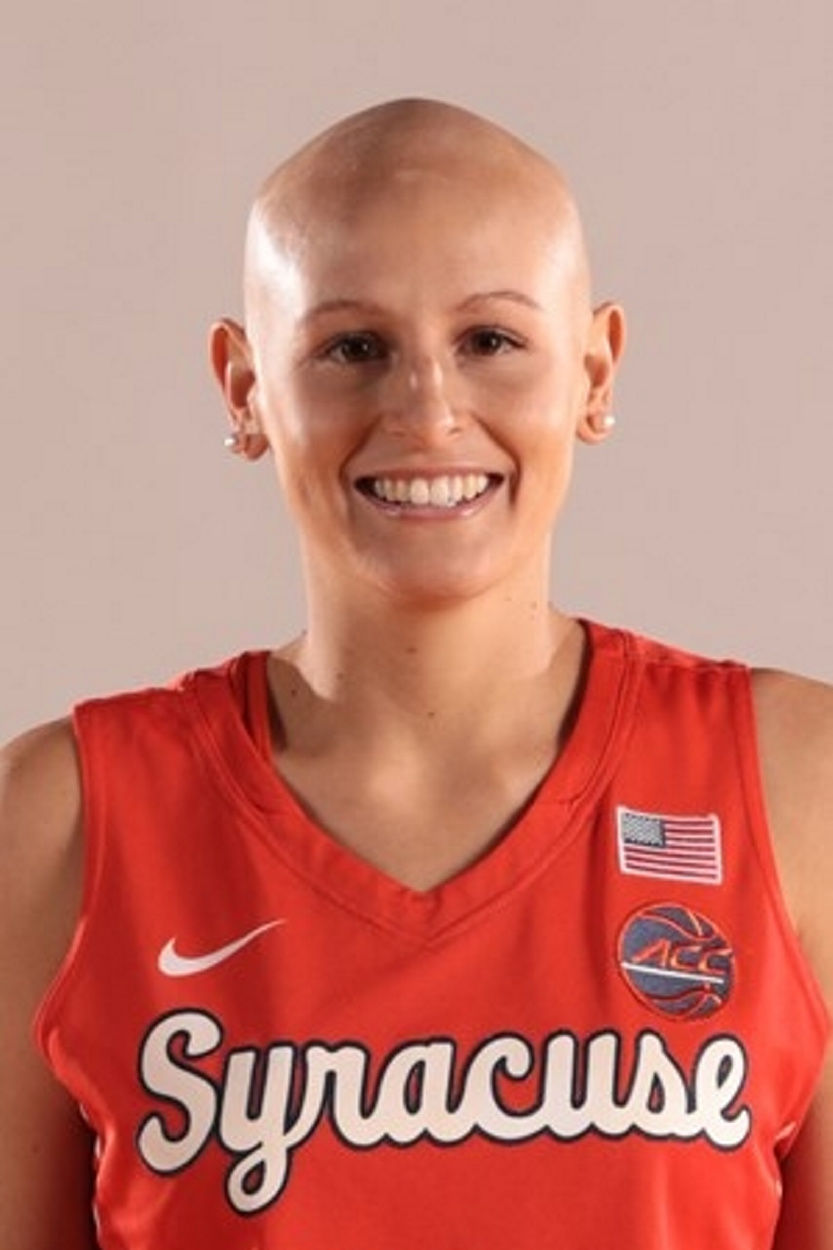 Tiana Mangakahia with her head coach Quentin Hillsman, is honored on March 4, 2019 for being the fastest player to make 1,000 points in the woman’s Syracuse basketball program. Mark Konezny/USA TODAY Sports

Tiana Mangakahia spent most of Wednesday settling into her new apartment, jogging around the neighborhood, and going through some solo basketball workouts.

With a few media obligations the lone exception, it represented the typical day in Mangakahia’s routine since returning to Syracuse last month and a stark contrast from how July 1 played out last year when she announced her diagnosis of Stage 2 breast cancer.

The 5-foot-6 fifth-year senior point guard from Brisbane, Australia, was declared cancer-free last November and has been training full-steam for her anticipated comeback with the Syracuse University women’s basketball team in the upcoming season since gaining full medical clearance in late February.

Mangakahia missed last season to undergo and recover from cancer treatment — she was initially diagnosed last June — after establishing the SU career assists record and becoming the fastest player in program history to score her 1,000th career point the year prior.

“I’m just very excited to be able to play again and I feel like the first game I play is going to be very emotional, and I’m just super excited for it,” Mangakahia said during a phone interview. “My teammates and ‘Coach Q’ have all been super supportive and I just feel so blessed for the support from everyone.”

Mangakahia traveled home to Australia in mid-March following COVID-19 shutdowns and spent about three months with her family before recently returning to Syracuse. The NCAA has declared that Division I men’s and women’s basketball teams can begin voluntary on-campus workouts July 20.

The Orange star said that she was able to train regularly and had access to a basketball hoop while she was home during the onset of the pandemic and believes that her game is rounding back into form.

“It was nice to be back with my family again, but now I’m back in Syracuse and I’m ready to start the season,” Mangakahia said.

“I feel really good, especially with my skill work,” she added. “I feel like my skills are still there and think that maybe I need to work on my cardio a little bit more to try to get back to where I was before I was diagnosed.”

Mangakahia, who produced two prolific seasons for the Orange prior to missing last year and upon finishing her junior campaign in 2019, spoke of the WNBA Draft and playing for Australia in next year’s Olympics as long-term objectives after completing her SU career.

Mangakahia received honorable mention on the Associated Press All-America Team and garnered first-team All-Atlantic Coast Conference honors as a junior. She was also a national top-five finalist for the Nancy Lieberman Point Guard of the Year Award and named the 2019 Syracuse Female Athlete of the Year.

Mangakahia will enter the upcoming season with a program-record 591 career assists and 1,114 career points. She ranks 20th in Orange history in total points and is the program leader in career scoring average.

“When I was going through treatments I still tried to play and still tried to exercise every day, but now slowly getting back to where I was, it just feels really nice to be able to play again,” Mangakahia said.

“I’m really excited,” she added. “I can’t wait, and I just want it to start it up again to see how I go really. I’m not expecting me to be amazing, but I think I’ll be able to hold my own.”

Mangakahia shared her battle against the disease with basketball fans around the country and members of the SU community through social media and public appearances. She was a frequent attendee at games and other events to help raise money for cancer research or to surprise a fan in need of a lift while enduring the same fight.

She often did so while valiantly working to complete her own chemotherapy treatments and cope with the various mental and physical struggles that often accompany the disease. Mangakahia was presented with the Syracuse Courage 8 Award this past May for serving as an inspiration for SU athletics and its surrounding communities over the past year.

“That’s just a little bit of what I can do to give back to the community and everyone who has been there for me, and I will continue to do that, because I really enjoy going and supporting people who are going through what I’ve been through,” Mangakahia said.

Mangakahia did not practice with SU after receiving full medical clearance toward the end of last season but used the facilities to train for her planned 2020-21 comeback prior to COVID-19 shutdowns.

Syracuse women’s basketball coach Quentin Hillsman told the ACC Network’s “Packer and Durham Show,” during the ACC Tournament in March that he was impressed when he caught a glimpse of his star point guard working out.

“She’s good, everything you can ask for, great kid, she’s in good shape,” Hillsman said. “I saw her the other day and she didn’t miss a shot for like three minutes and I’m like: ‘I might have to put her in right now.’”

Mangakahia’s absence was felt on the court last year as the Orange finished 16-15 overall after posting records of 25-9 and 22-9 in the previous two seasons with their budding star operating the controls.

Mangakahia is set to return to a deep SU lineup that will include four of five starters from last season and the nation’s fourth-ranked incoming freshman class, according to ESPNW, which includes a pair of top-10 prospects.

“I think it’s going to be an amazing year for us,” Mangakahia said. “We have a lot of returners, a lot of people who have been in the program for previous years, so I think going into this season, we can help the freshmen really learn and get to know ‘Coach Q,’ and all of us and what the program is about.”