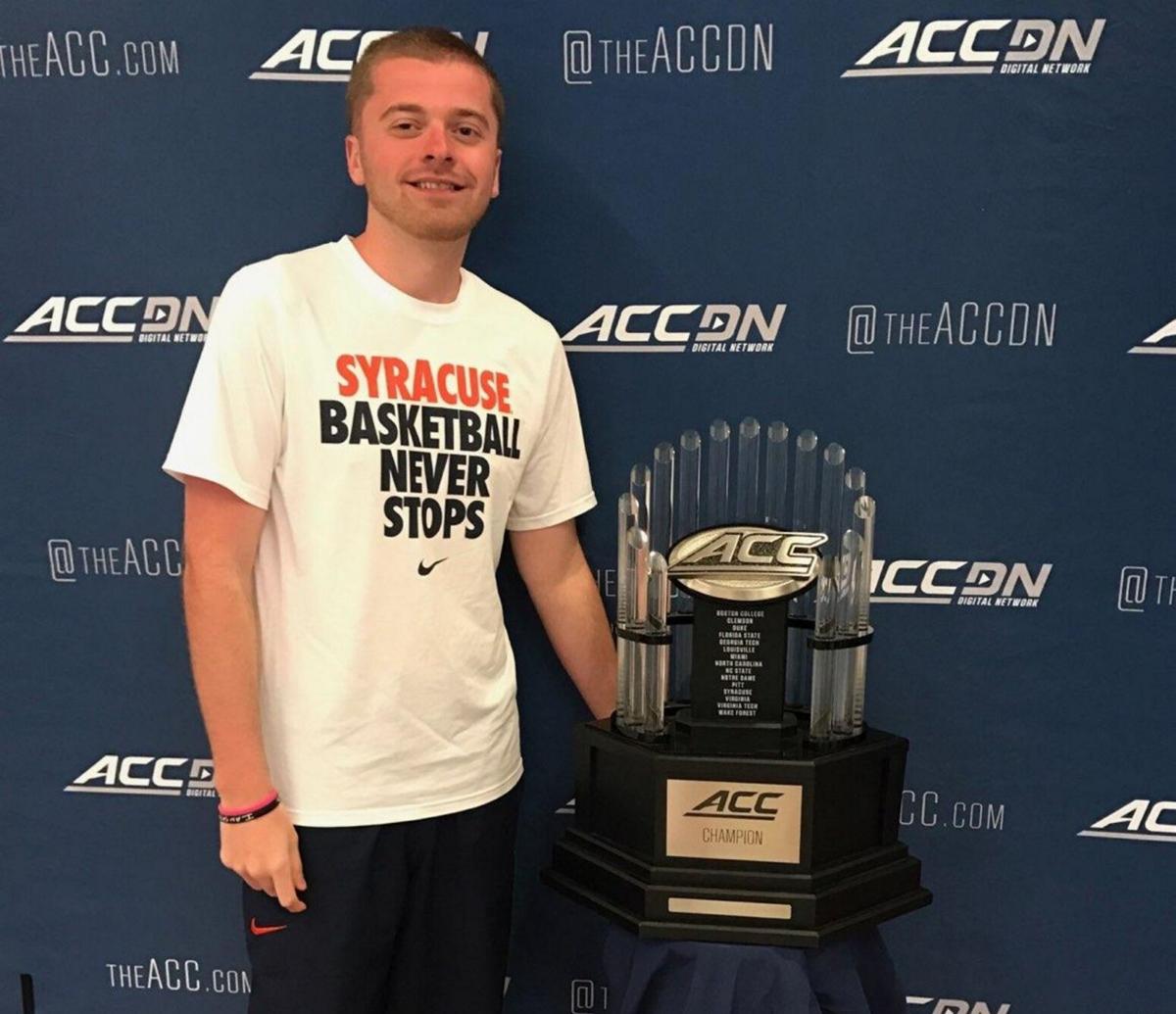 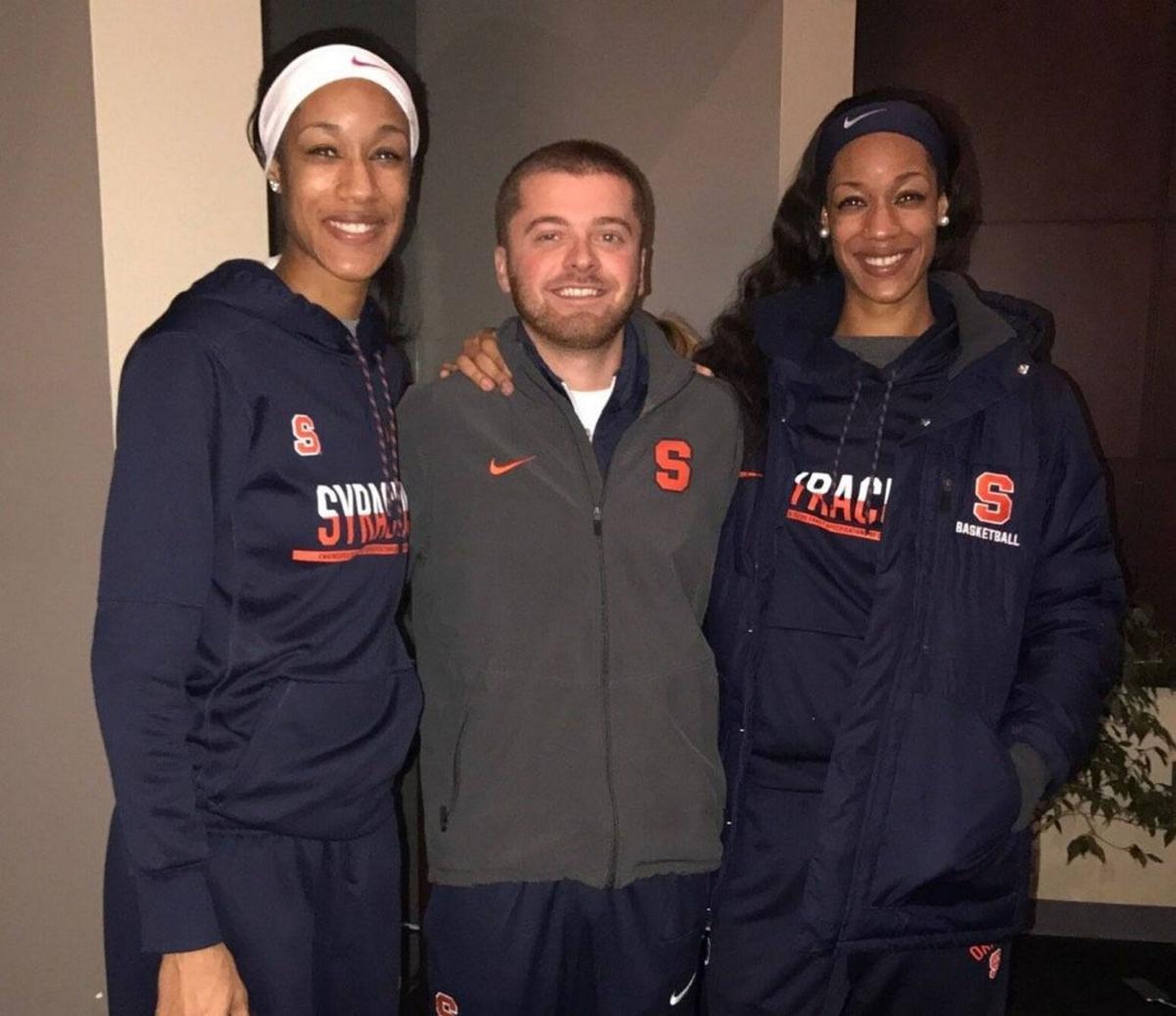 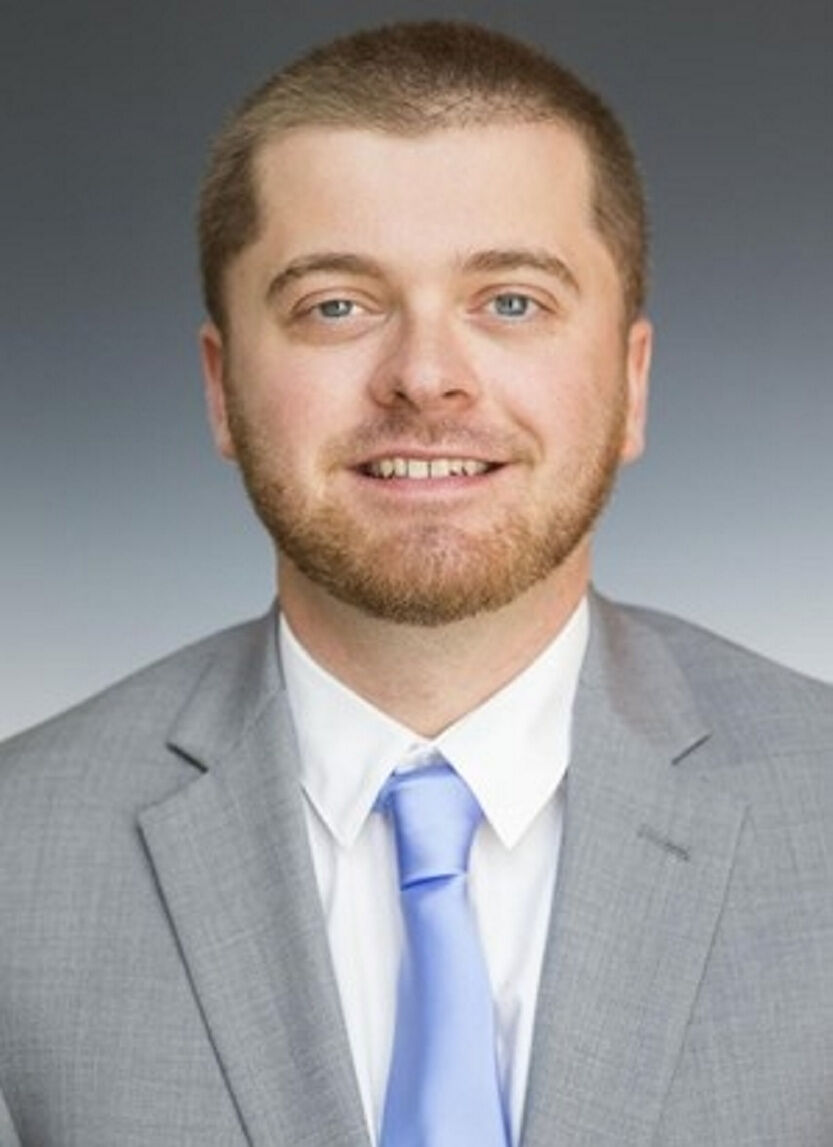 Marcus Shelmidine was first intrigued by the idea of basketball film study when he observed former head coach Pat Bassett preparing for practices near the end of ninth-period physics lab at South Jefferson High School.

Shelmidine — the 2013 South Jefferson graduate — works as the manager of multimedia and technology for the SU women’s basketball team, a position more commonly referred to as video coordinator.

He has held the role since June 2018 after graduating from SU the year prior with a bachelor’s degree in sports management and economics. Shelmidine worked three seasons as an undergraduate intern in the SU video office for the women’s team under Hillsman during his student tenure, including the 2016 Final Four campaign.

“We can’t play without Marcus,” Hillsman said. “He does a masterful job, and he does everything we need to get ready to play.”

Shelmidine oversees the film process for SU’s internal assessment and for scouting opponents. He and his staff work to obtain and arrange video on each foe about two or three games in advance, and he films SU games and practices, organizing the digital footage for coaches to easily access as he goes.

He sends one assistant coach the post player touches, for example, while the next coach might look at a reel of the guard shot attempts, and another may review a series of pick-and-roll plays.

“We’re breaking down those games into any format our coaches want, whether that’s positional, play type, every coach is different on what they want,” Shelmidine said. “My job is basically to make the assistant coaches and Coach Q’s job as easy as possible.”

Shelmidine, who played basketball and baseball as a high school standout for the Spartans, said he had no intentions of exploring video work when he arrived on the SU campus.

His limited previous exposure came by observing and talking to some of his classmates from the South Jefferson girls basketball program about their use of video, which he said seemed advanced for the time under Bassett, the former two-time state champion Spartans coach.

“He was so ahead of the time in that, so it’s like: ‘Oh, that’s kind of interesting,’” Shelmidine said. “Then you hear more about NBA coaches and video coordinators, and then you get to Syracuse and you see that this is a real job.”

“It was kind of that entry level position, and you look at some NBA coaches now, like Erik Spoelstra and Frank Vogel and some others, they were video coordinators to start,” he added. “You learn so much every day just watching. I never envisioned it, but one thing led to another and it’s fun.”

Shelmidine has also worked three seasons in the WNBA, which both he and Hillsman pointed to as an exceptional learning experience. He spent two summers as the video coordinator for the Chicago Sky under head coach Dana “Pokey,” Chatman, where he also worked daily with two-time WNBA Most Valuable Player, Elena Delle Donne.

Upon graduating, Shelmidine worked under Chatman with the Indiana Fever for one season then joined Boston College as the video production analyst. He worked for a year with the Eagles before taking a call from Hillsman to return to the Orange.

“Being able to compete at the highest level of women’s basketball and knowing how well Q takes care of his staff, it was kind of a no-brainer for me at the time,” Shelmidine said.

Shelmidine cited his initial goal when he joined the video staff was to eventually become a coach, but he is now open to other career paths in the game, including scouting.

In the meantime, he is taking advantage of the opportunity to work for the college he grew up admiring and rubbing elbows with some of his childhood favorites, including Gerry McNamara, the former SU star turned assistant coach.

Much like the rest of the program, Shelmidine is trying to maintain that perspective as he navigates the trials of a season amid the COVID-19 pandemic.

The SU women’s team, like many around the Atlantic Coast Conference, has paused activities once and had multiple games postponed and rescheduled throughout. The Orange (7-3 overall, 4-3 ACC) was set to begin a stretch of four games in eight days Thursday night after wrapping up a similar grueling phase this past Sunday with its second straight loss to drop out of the national rankings.

“My position is so much forward-looking, it’s hard to do because you do all this work for a game that in the back of your head you know might not even happen,” Shelmidine said. “It’s a lot, but if you like what you’re doing, it’s not that bad. At the end of the day, I look at it like I get to go to work and watch basketball, so it can’t be that bad.”

She ranks second nationally with 7.9 assists per game and her season high was eight prior to the recent surge.

For the week that ended Jan. 24, Mangakahia finished with three of the 10 highest single-game assist totals in the country, including the top spot with her 13-dime performance Jan. 19 in a win over North Carolina. She was the only player to appear multiple times in the top 10.

Syracuse center Kamilla Cardoso was recently named the Atlantic Coast Conference Freshman of the Week, marking the second straight Orange player to be selected for the honor.

The 6-foot-7 center averaged 11.7 points on 50 percent shooting to go with 11 rebounds and four blocks per game over three outings last week to garner the accolade. Cardoso leads the ACC in blocks (2.6) and offensive rebounds per game (3.6), along with field goal percentage (59.6).