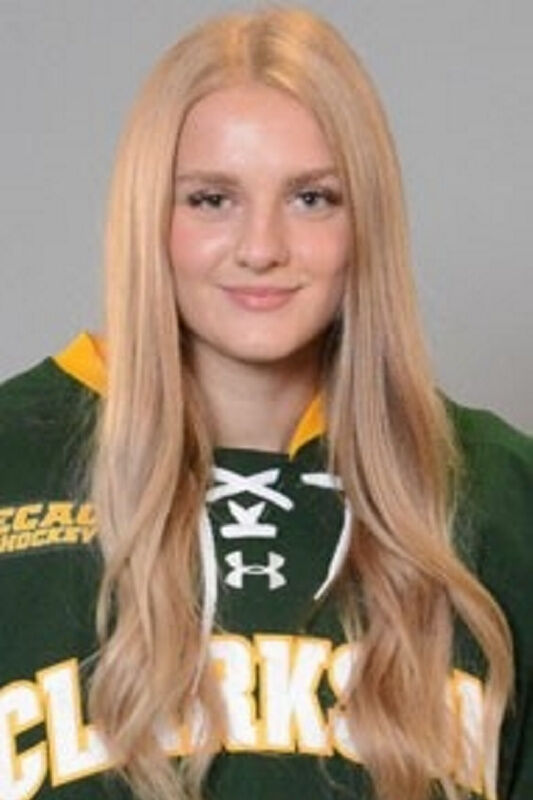 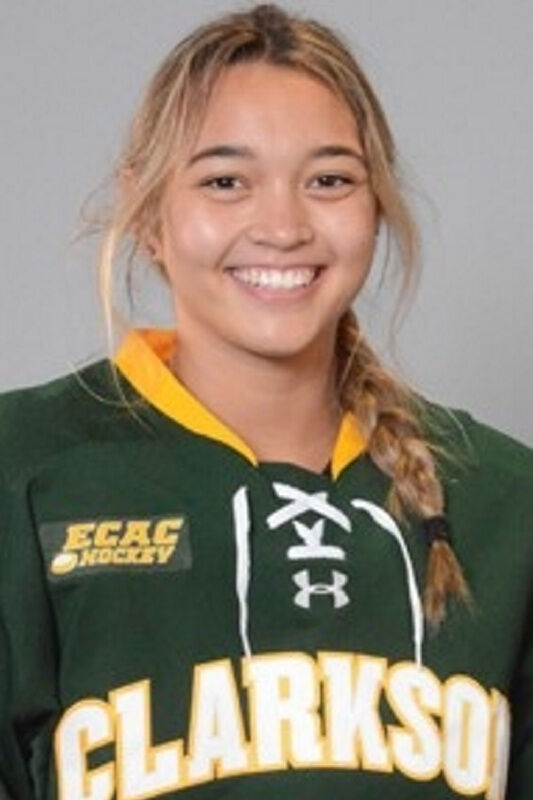 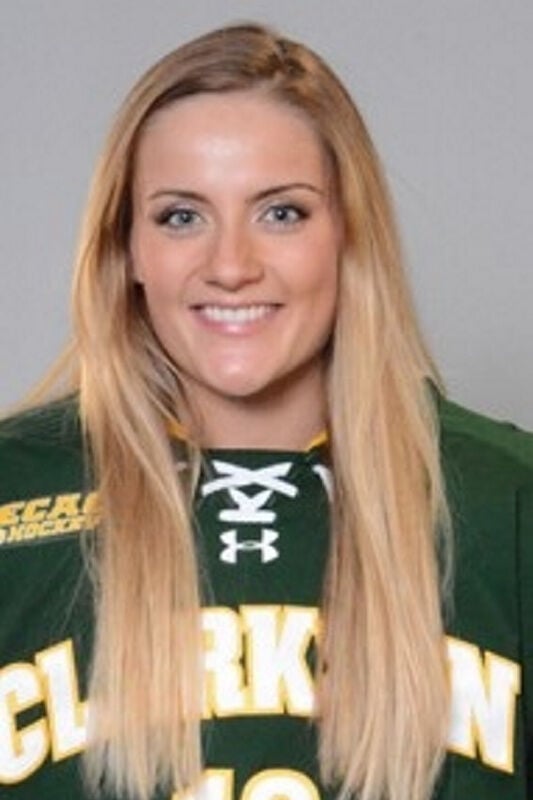 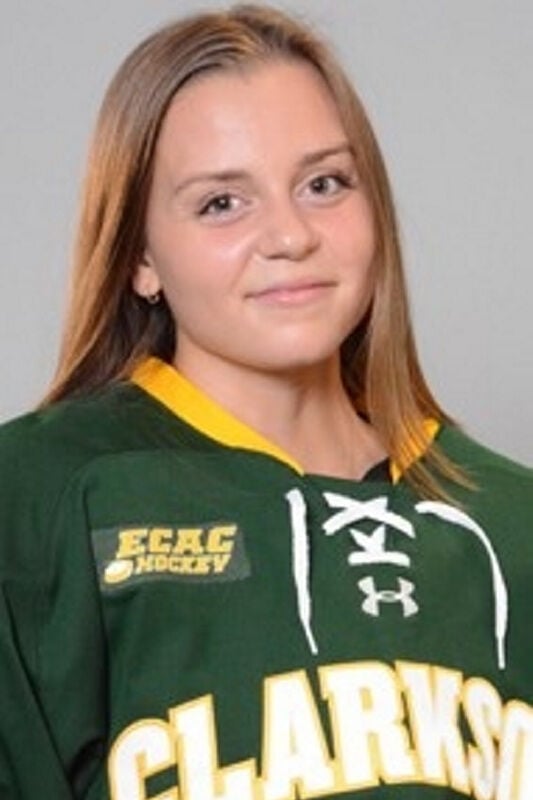 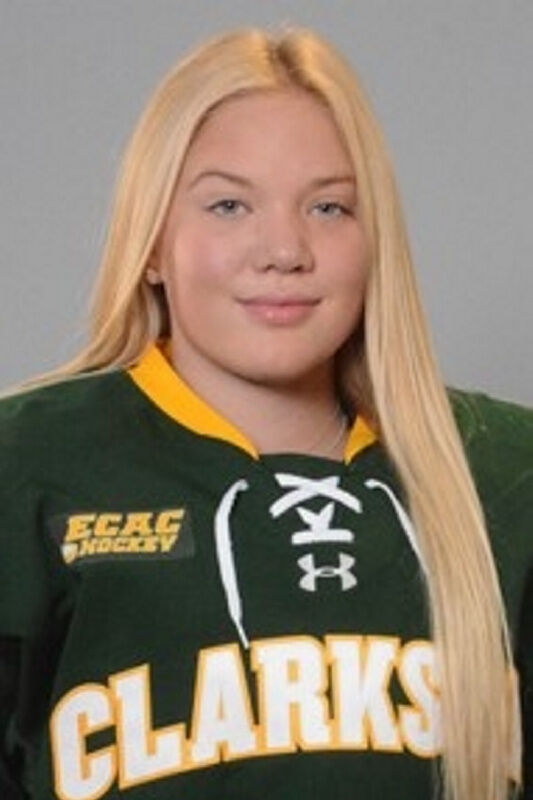 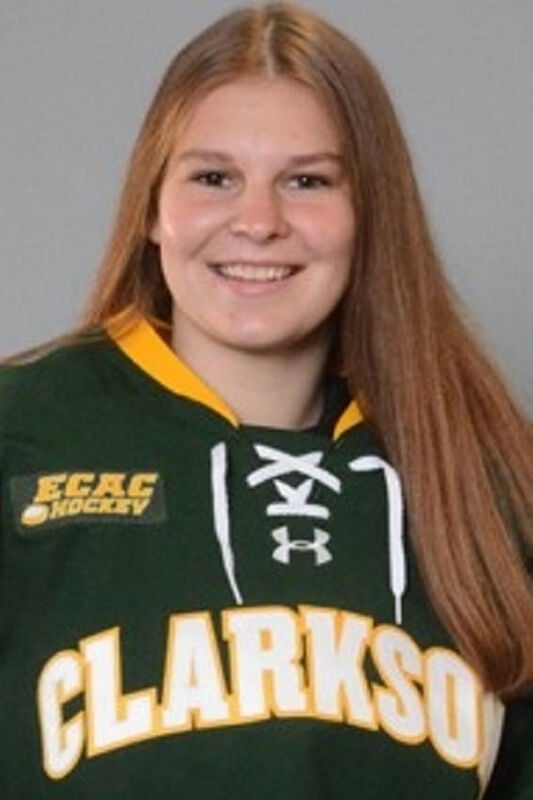 POTSDAM — The Clarkson women’s hockey team, which has made nine straight NCAA Tournaments, will bring in four forwards, one defenseman and a goalie to the 2020-21 roster. The group includes a graduate transfer who led her team in scoring and three athletes who attended the 2019 Canadian National Team Selection Camp.

“We are extremely excited to be welcoming these six student-athletes to Clarkson University for the 2020-21 season,” said Clarkson coach Matt Desrosiers. “Collectively, this group of incomers have high work ethic, character and commitment that will help our program continue to grow and compete nationally. They have achieved a high-level of success, both on and off the ice, prior to getting to Clarkson, and have competed at the highest levels in national and international competitions. The coaching staff is looking forward to working with these talented individuals and welcoming them to the Clarkson family.”

In alphabetical order, here are the newcomers:

“Clarkson holds an atmosphere of success, accountability and commitment,” Bogden said. “I chose Clarkson because it is a place where I will be challenged and motivated every day.”

Said Desrosiers: “As a strong power forward, she will bring some good size and scoring ability to our lineup. Last year she gained experience with Hockey Canada, as she was selected to take part in last years U-18 USA/Canada Series in Lake Placid.”

Her older cousin, Julia, is a sophomore forward on the St. Lawrence University women’s team.

Said Desrosiers: “We are excited to welcome Nicole to Clarkson this upcoming season as we expect her to make an impact on our program immediately. She is a good puck moving defenseman that sees the ice very well and can make a good first pass out of our end. She has shown the ability to quarterback the power play by making good decisions with the puck and being a strong shot from the blue line.”

Sena Hanson is a graduate transfer from Brown. The Forward from New Brighton, Minn., was a three time All-ECAC Academic. On the ice, Hanson was named Honorable Mention All-Ivy in 2018-19 while she lead the team in goals and points. In three season with Brown, Sena tallied 26 goals and 53 points over 85 games, being names ECAC Player of the Week once and ECAC Rookie of the Week twice.

Said Desrosiers: “Sena has three years of ECAC/college hockey under her belt, and with that, she possesses a great deal of knowledge and experience that will benefit her teammates and this program. She is a smart, 200 foot player that makes her a tough competitor to play against. Sena will add scoring depth, grind-it out mentality, and physicality to our team.”

Florence Lessard is a speedy skating forward out of Quebec City, Quebec. Lessard was invited to the 2019 Canadian National Women’s Development Team Selection Camp. She posted 28 points in 26 games with Cégep Limoilou Titans “C” during the 2019-20 season.

“The moment I stepped the first time on campus, I felt Clarkson has something different that I was looking for,” Lessard said. “Beside its welcoming environment and community, Clarkson offers me excellence in both hockey and academics. It has the perfect combination between thrive and fun.”

Said Desrosiers: “Our coaching staff is happy to welcome Florence to Clarkson and know that her relentless puck hunting skills and speed will help her transition into our program very well. Florence is going to be able to hound pucks for us, and frustrate other teams with her relentlessness.”

Emily Oosterveld is a forward out of Waterdown, Ontario. The freshman comes in from the Oakville Jr Hornets, where she had 11 goals and 11 assists in 30 games. The power forward accumulated 34 penalty minutes last season.

“I chose Clarkson because all it has to offer, the opportunities, education, culture, campus, and community,” Oosterveld said.

The freshman out of Ottawa, Ontario joins a long list of current & former Golden Knights to come to Clarkson via the Nepean Jr Wildcats. Michelle played in 27 games for the Nepean, and was named PWHL Goalie of the Year. She posted a 1.33 GAA and a .950 save percentage. Pasiechnyk also played with Ontario Red U18, appearing in two games with a 1.50 GAA & .947 save percentage.

Said Desrosiers: “She has a very calm demeanor, clean technical style, and rebound control, which will help us bolster the crease for us in future years.”