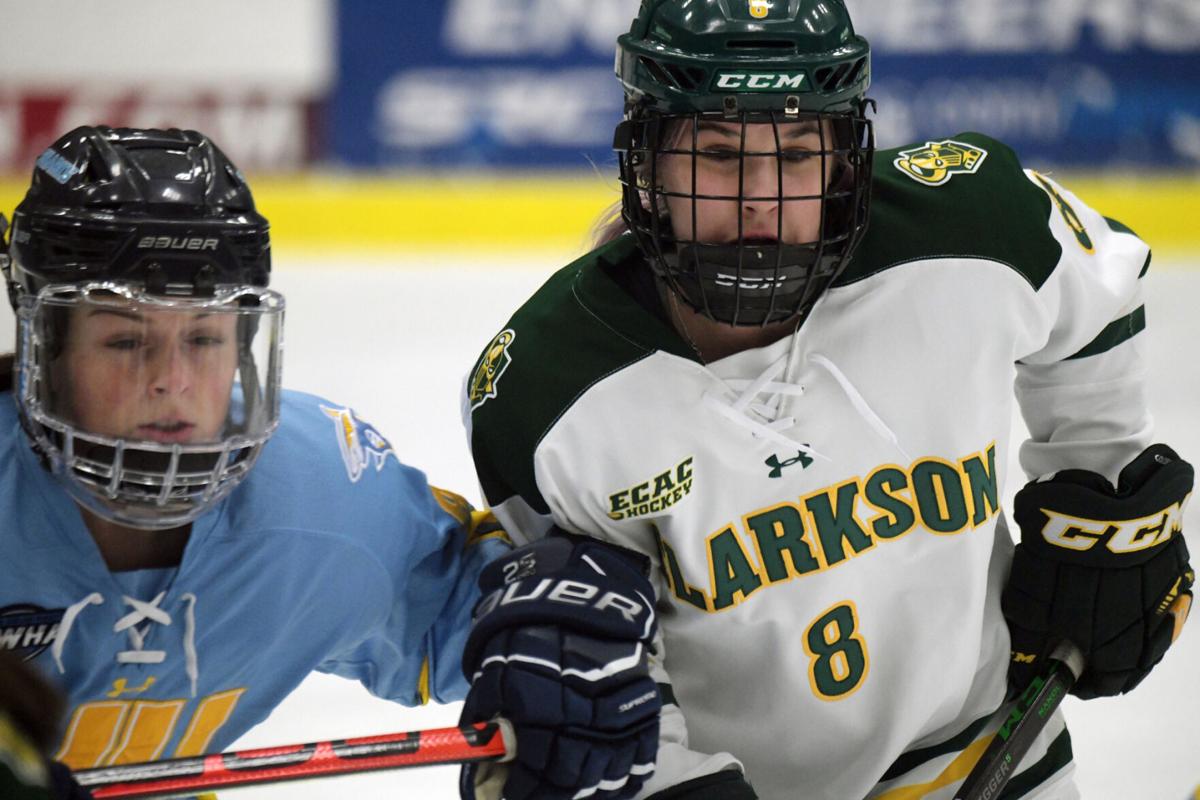 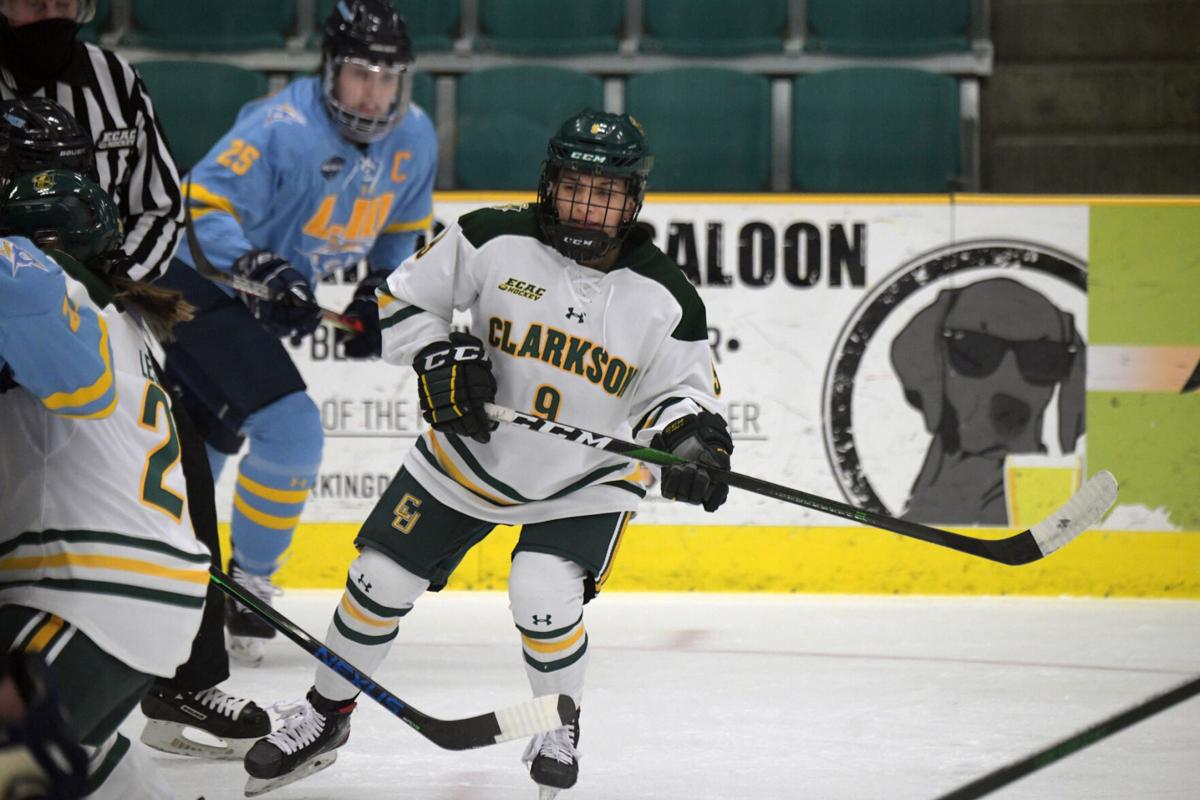 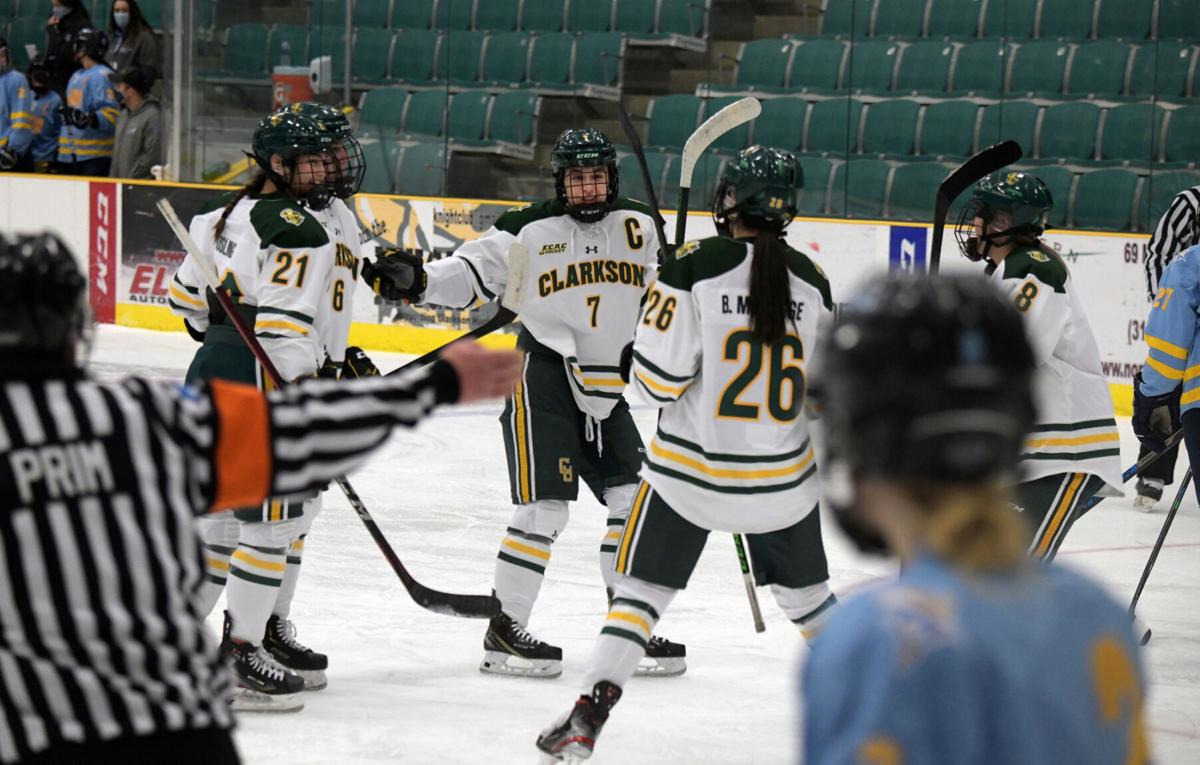 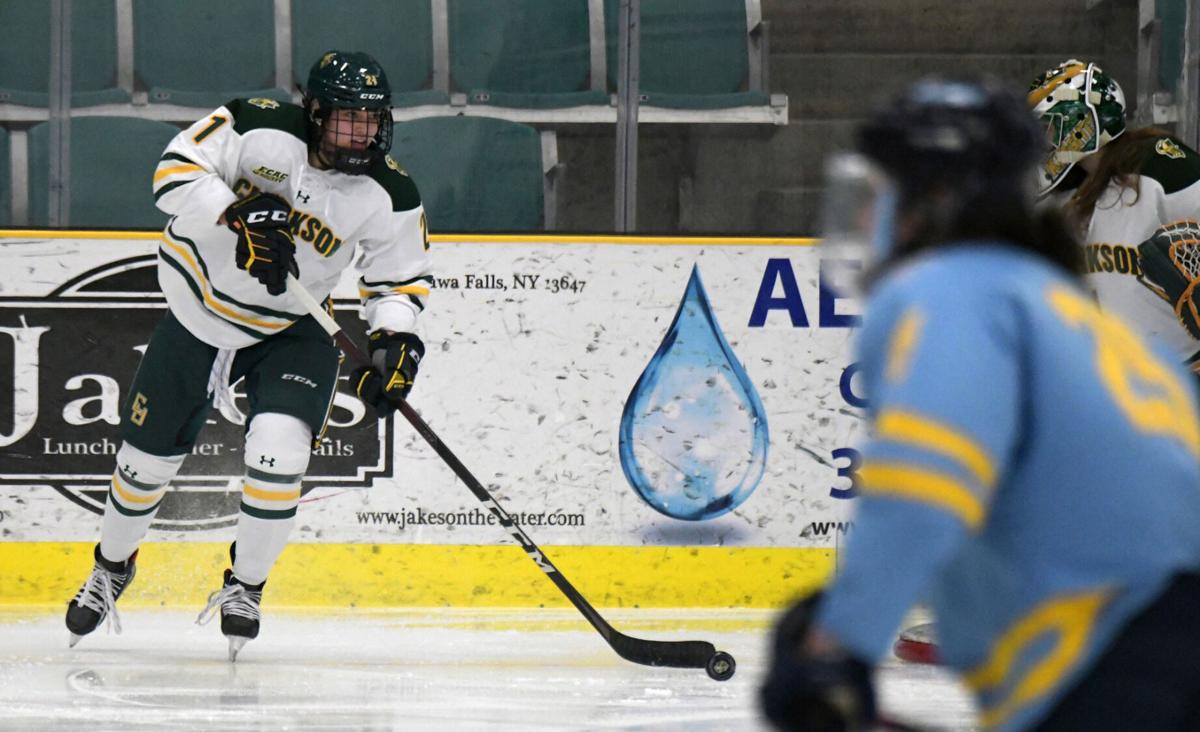 Clarkson defeated the Sharks 8-1 in the final scheduled nonconference game of the season Tuesday afternoon at Cheel Arena. Clarkson’s Monday and Tuesday games against Long Island served as a conference play tune-up for the Golden Knights, who had not played since Dec. 5.

Clarkson (3-2-1 overall) has met Colgate four times already in nonconference games, and will start conference play against each other at 4 p.m. Saturday in Hamilton and 5 p.m. Monday at Cheel Arena.

“I think it was good for us just to get back from break, have a week of practice there, get into some games and just get the rust off a little bit from that break,” Clarkson coach Matt Desrosiers said. “The girls were excited to get back together and get playing again. These were a good tune-up so we can get into league games.”

Morgan Helgeson started the scoring for Clarkson with a goal just 5 minutes, 13 seconds into the game. Kirstyn McQuigge, playing in just her second game, pressured Long Island’s Paula Bergstrom behind the goal line. Bergstrom sent the puck away where it found Helgeson, who beat goalie Kenzie Harmison with a shot over the glove.

Clarkson’s second goal came on a gritty play as Brooke McQuigge and Gabrielle David fought for a puck along the boards, which was freed up and sent to defenseman Nicole Gosling. Gosling skated between the circles and put a shot under the bar to make it 2-0 at 9:53. It was her first career goal.

Giguere extended the lead to 3-0 with a shot from behind the circle at 15:40, with David and Brooke McQuigge assisting.

The only blemish for Clarkson came when the Sharks (0-3) scored a shorthanded goal on a shot from Linn Ploug at 18:54 of the opening period.

Brooke McQuigge extended Clarkson’s lead to 4-1 at 7:12 of the second period with a power-play goal, redirecting a shot from defenseman Stephanie Markowski. Gosling also assisted on the score.

The Golden Knights scored another power-play goal at 13:54 when Tia Stoddard put in the rebound of a shot originally taken by defenseman Lauren Bernard. Bernard’s shot hit the skate of Long Island’s Ploug and went right to Stoddard on the other side of the net.

“I think we are becoming more aggressive on the defensive side and we are able to jump up more and are more confident,” Bernard said. “We are able to get offensive looks and help out our forwards. It’s helping us get more chances. One of the things our defensemen are working on is getting a lot more shots. That was my main goal to just get the puck to the net.”

Brooke McQuigge scored her second goal of the game at 5:08 of the third period off a pass from Giguere, with Gosling also assisting. It was the fifth goal of the season for McQuigge, who scored eight goals last year as a freshman.

“I really love playing with (Giguere and David), they are amazing players,” McQuigge said of her line. “They make it easy. We just move the puck around well and it’s a lot of fun to play on that line.”

Giguere ended the scoring with two goals in the third period, the first coming at 14:34 and the second at 17:40. David picked up four assists and Brooke McQuigge added two assists to her two goals.