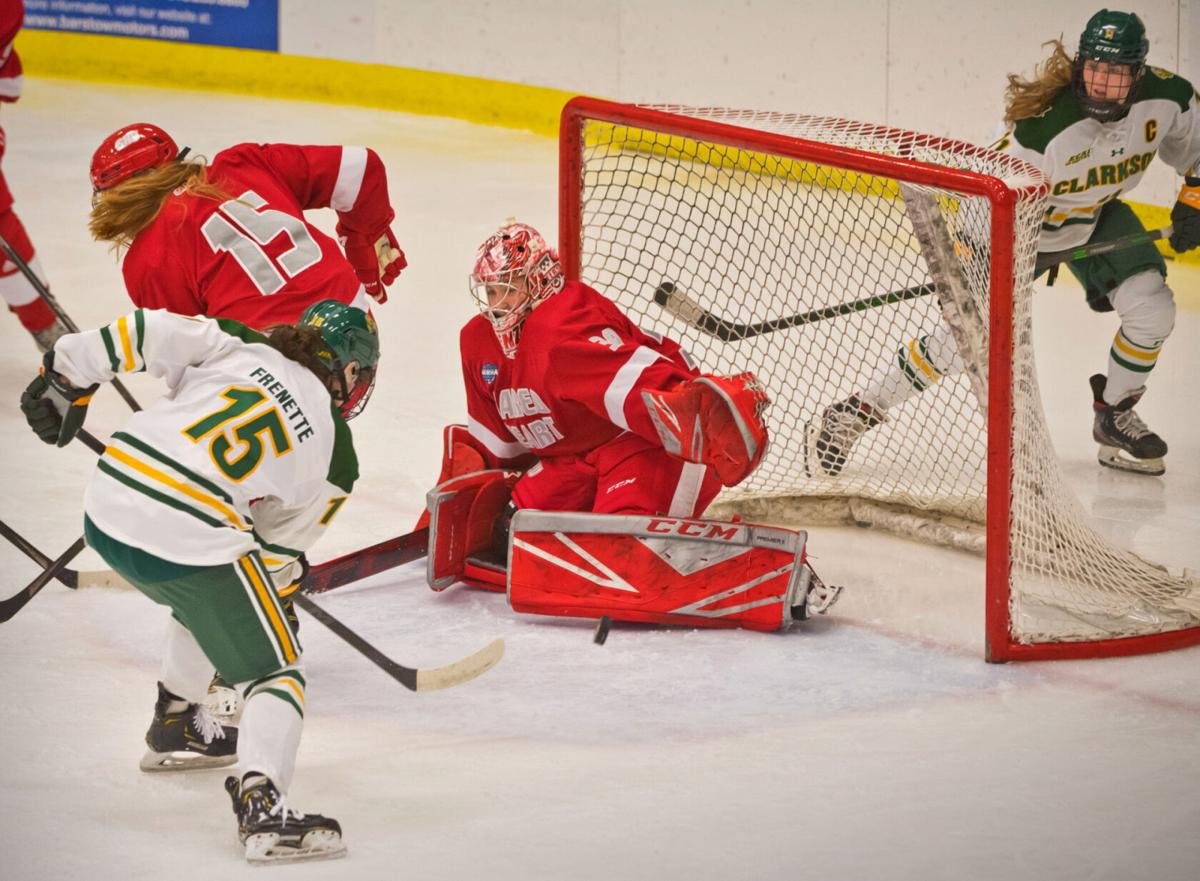 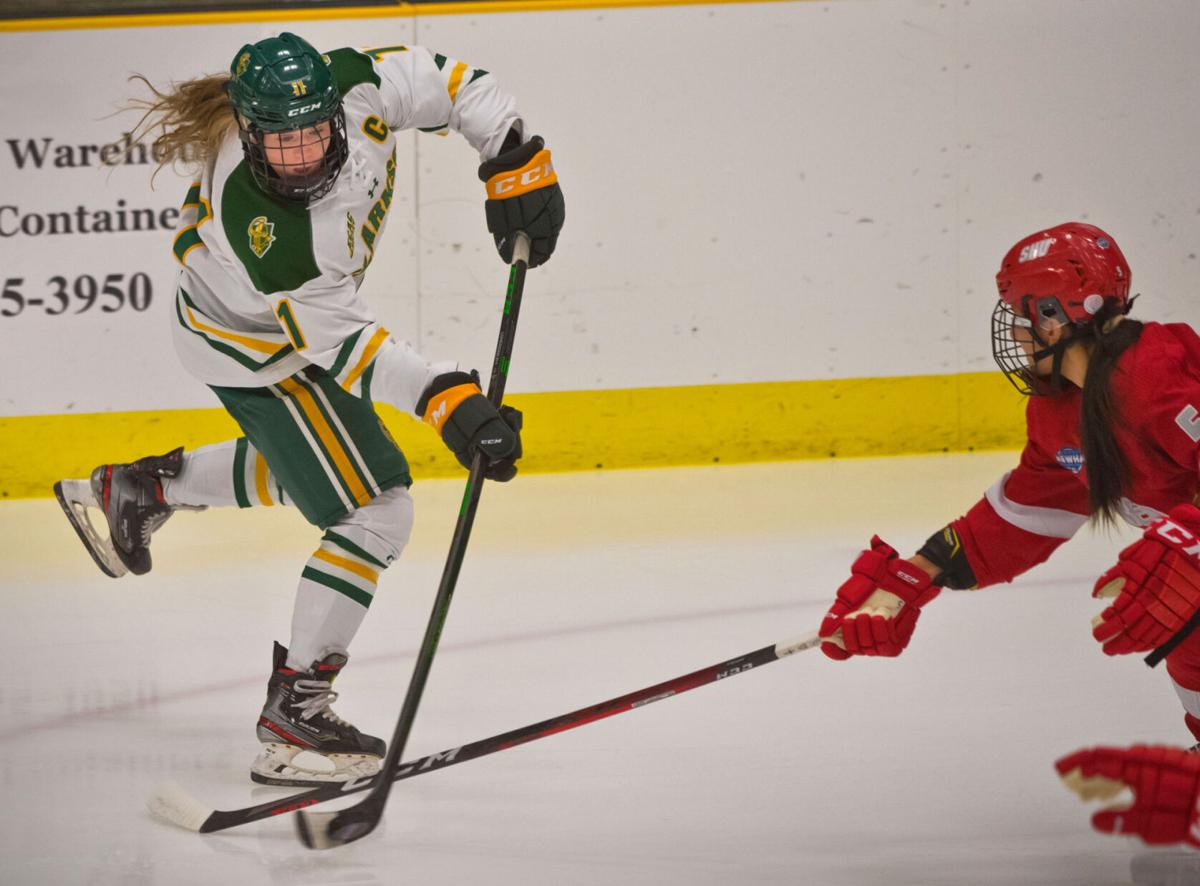 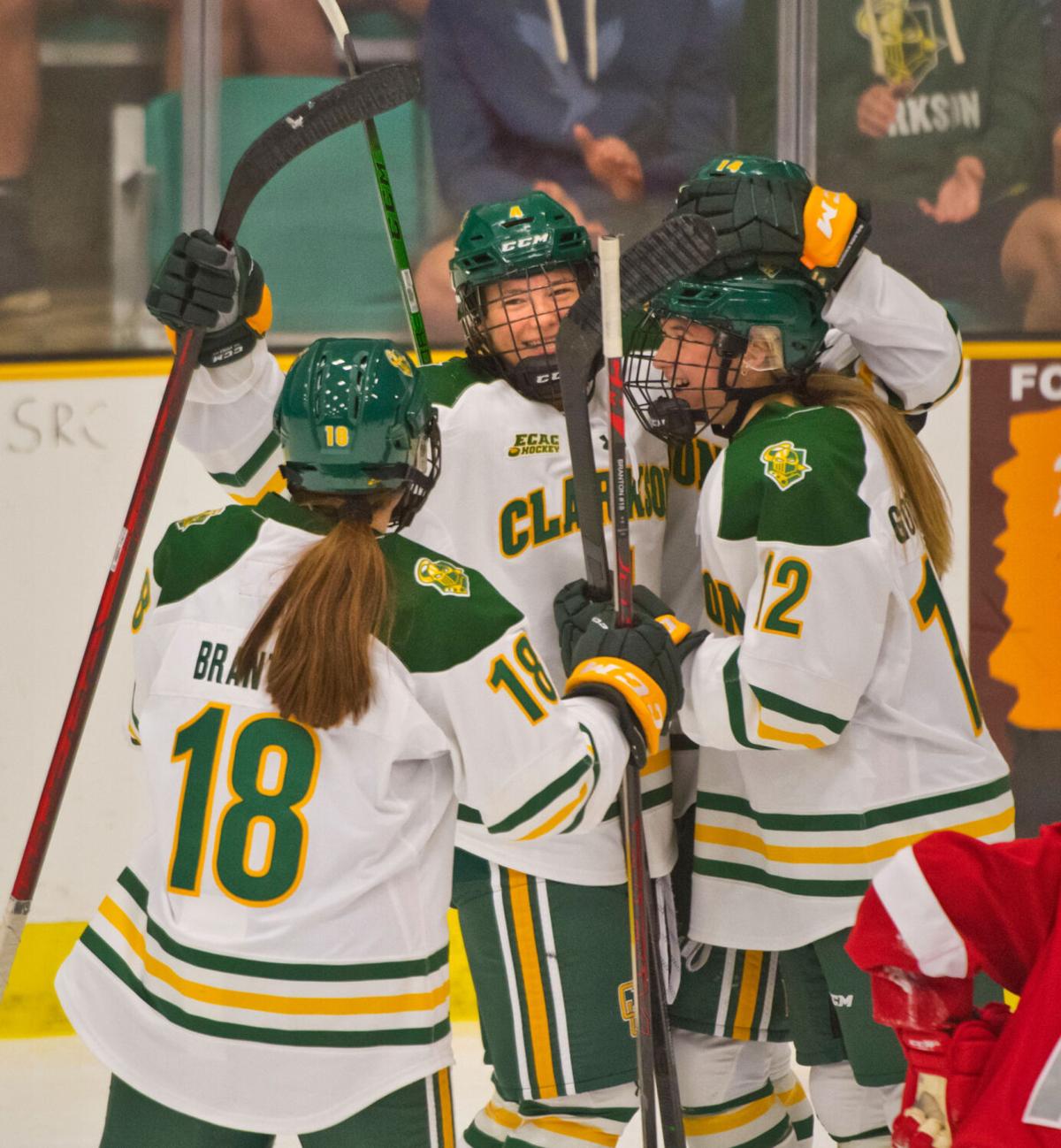 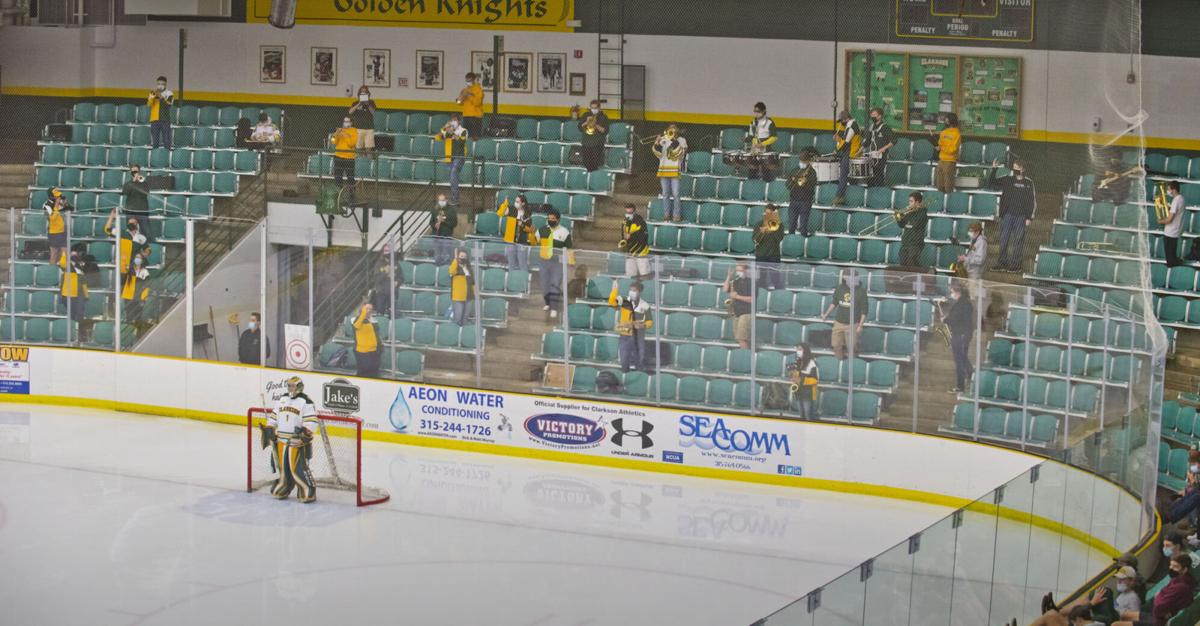 Clarkson fans spread out in the student section to maintain social distance while the teams playing. Christopher Lenney/Watertown Daily Times 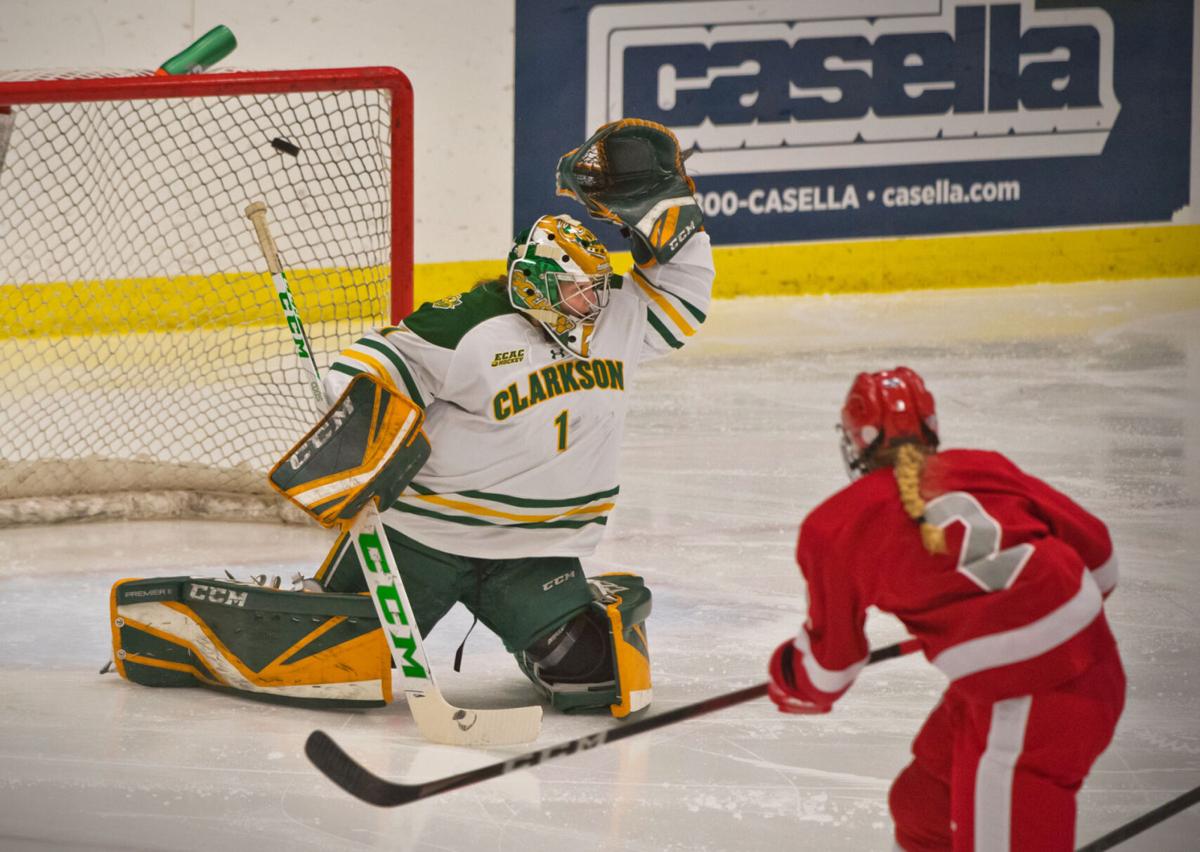 Clarkson fans spread out in the student section to maintain social distance while the teams playing. Christopher Lenney/Watertown Daily Times

POTSDAM — An impressive opening-night performance from the Clarkson University women’s hockey team resulted in a 6-1 win over Sacred Heart in a nonconference game before 550 fans at Cheel Arena on Friday night.

It was the first time since late in the 2020 season any local NCAA Division I hockey team played before spectators.

The trio combined to score four goals, and Lonergan and David both finished with four points.

“I thought they were great,” Clarkson coach Matt Desrosiers said. “I’m really happy with the way they played and the team played and the freshmen made an impact right away for us. I’m sure there were some nerves going into their first collegiate game, but I thought they handled themselves pretty good. With freshmen year, the earlier you can get that first goal or first point, whatever it may be, it just kind of takes the weight of the world off your shoulders a little bit.”

Frenette, a talented recruit from Boisbriand, Quebec, scored her first career goal 5 minutes, 9 seconds into the game to help Clarkson tie the score after giving up a shorthanded goal to Sacred Heart’s Sophie Lupone 3:07 elapsed. Lonergan immediately skated to the officials to make sure the puck was saved for Frenette.

“This team, this season, it’s a different vibe,” Lonergan said. “We have something special in the locker room. This is probably one of the best lines I’ve ever played on. It’s a very dynamic line.”

Less than three minutes after Frenette’s goal, another freshman, defenseman Haley Winn from Rochester, scored what proved to be the game-winning goal at 7:54.

Winn has played on U.S. junior national teams in the past and did not look like someone playing in her first collegiate game Friday. She finished with two points and six shots-on-goal.

“It was really surreal,” Winn said. “The whole team was really behind you. Us freshmen have been waiting a long time for this game and to finally get out there and play was fun. Playing at prep school and getting some national experience helped me get up to (this) level. It’s a really fast game. It’s nice to get one under my belt, but the whole team was with me today.”

Lonergan scored her first goal of the season at 9:25 of the period to extend Clarkson’s lead to 3-1.

“I’m just trying to make an impact however I can out there, whether it’s defensively or offensively,” Lonergan said. “Trying to make a difference and on the bench being vocal and trying to keep the bench positive.”

As she did last season, Lonergan showcased her hustle, speed and passing skills throughout the game, helping inspire the rest of her teammates. She added three assists to her goal.

“She plays so hard, she’s so quick, she’s always going,” Desrosiers said of Lonergan. “You want that kind of person as a part of your leadership group. Caitrin cares so much about this team and this program and you can tell by the way she plays. She’s excited for her teammates whenever they score.”

One of the best of Lonergan’s passes came at 12:27 of the second period when she set up David for a shot that was so strong it knocked the water bottle off the top of the net behind Sacred Heart goalie Frankie Sanchez, putting Clarkson ahead 4-1.

Sophomore defenseman Nicole Gosling, who was paired with Winn, scored on a shot from behind the faceoff circles 32 seconds into the third period to put Clarkson up 5-1.

David scored the final goal of the game, and Clarkson’s first power-play goal of the season, on a backhanded shot at 7:57 of the third period.

“I like the energy, our line is happy to play with each other so that’s really good,” David said. “It’s fun to score for sure. Caitrin’s passing to me was really good. I get credit for goals but the assists are nice too.”