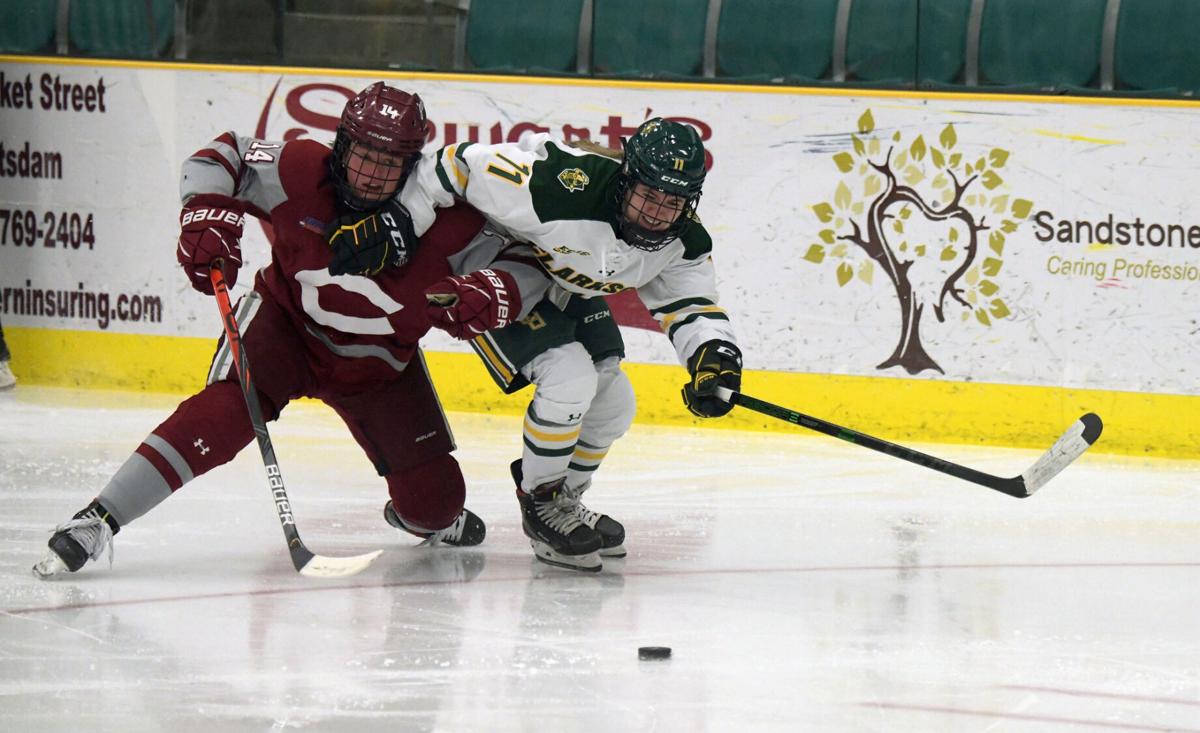 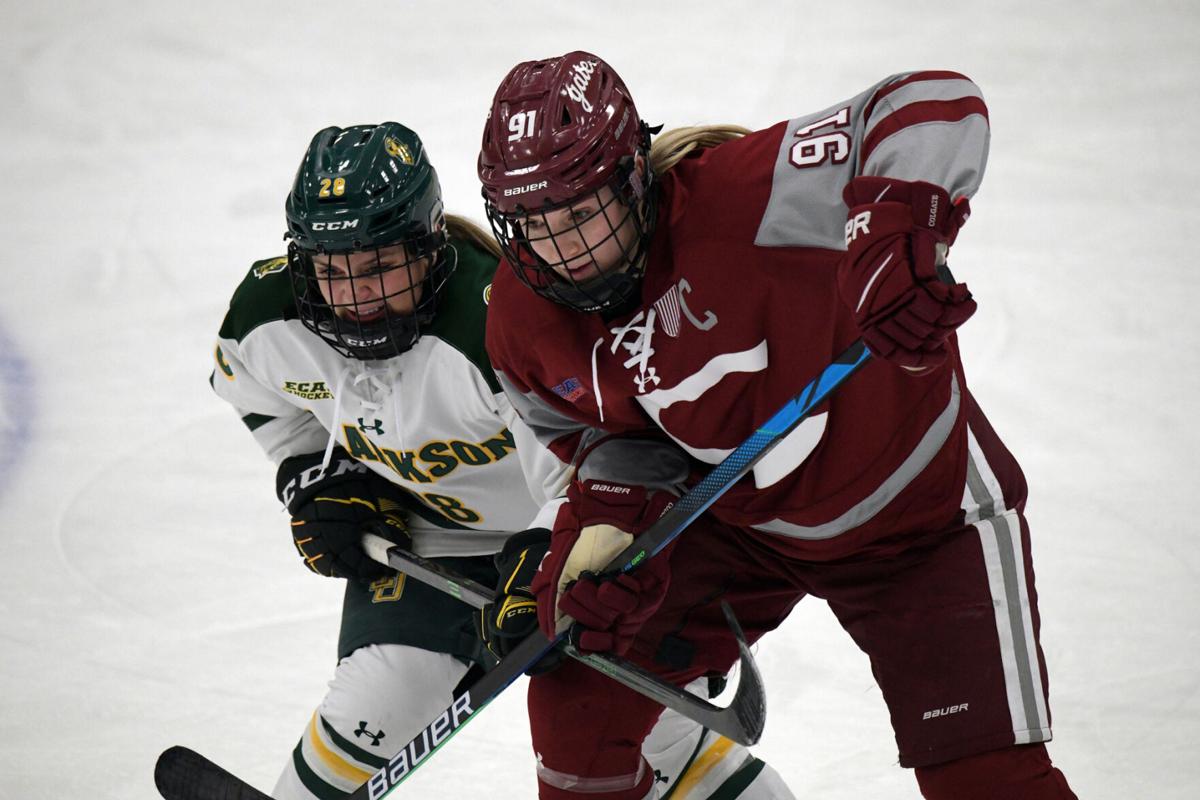 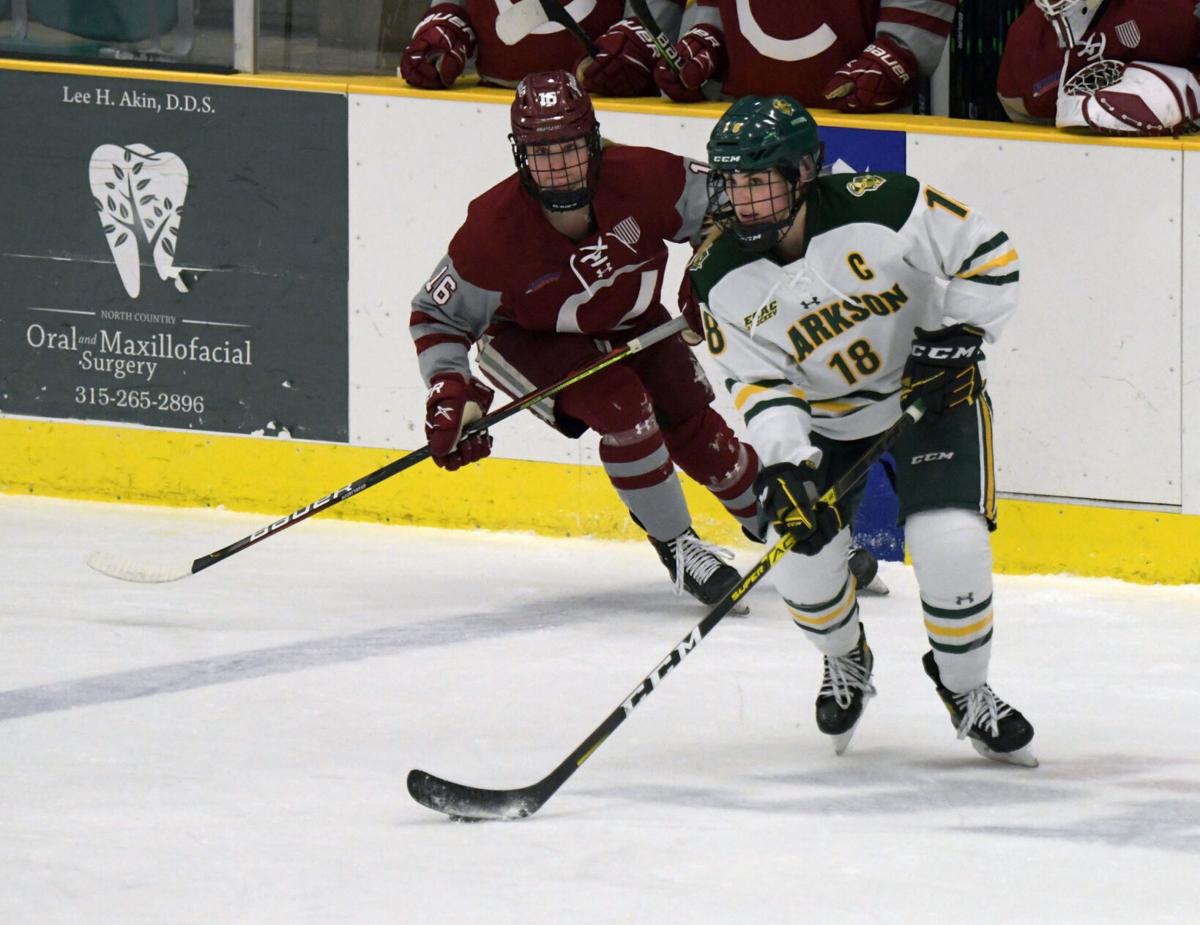 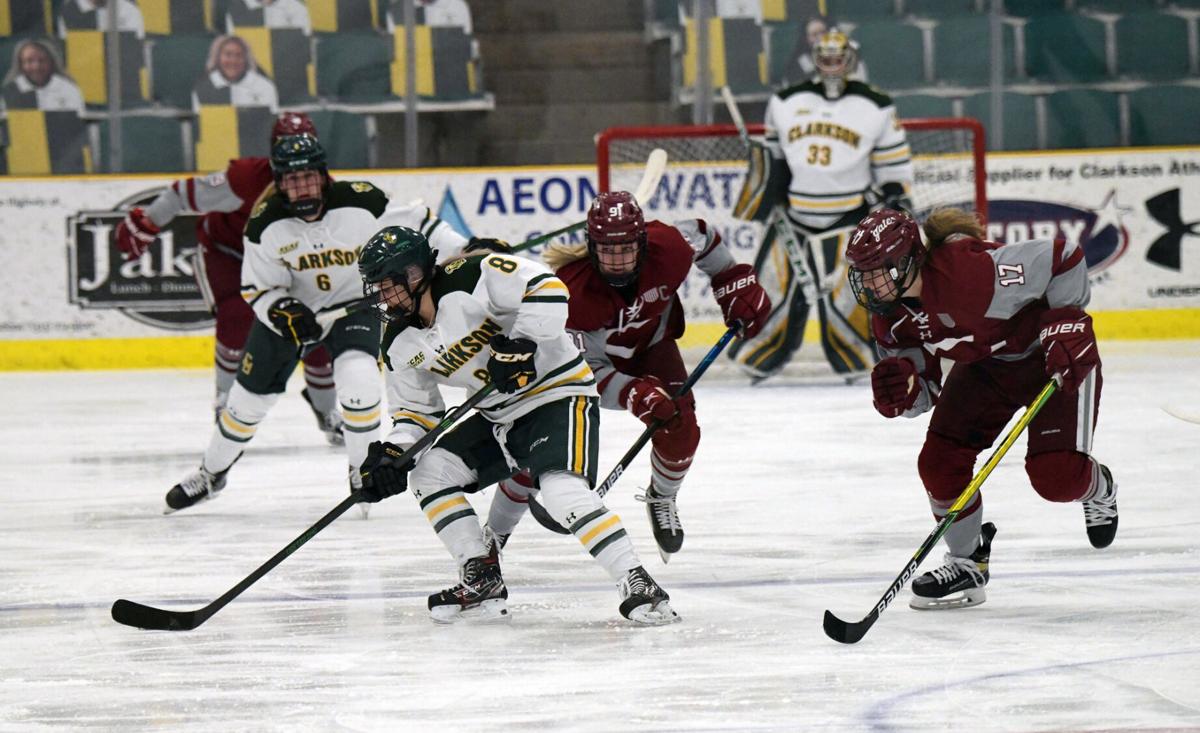 POTSDAM — Things started out well for the Clarkson University women’s hockey team on Monday night, but the joy did not last long.

The Golden Knights (3-4-1, 0-2-0) have played six of their first eight games against the Raiders, including four nonconference games to start the season, going 1-4-1.

Clarkson will get to see a new opponent Wednesday when it hosts rival St. Lawrence University in a nonconference game at 7 p.m.

Colgate’s win gives them 12 points in conference play. Nobody else has picked up any yet, though Clarkson and Quinnipiac have only played two games and SLU has not played yet.

But with only a 12-game schedule that could be a big gap to make up for the other teams.

“It’s been tough a little bit playing them so many times,” Clarkson coach Matt Desrosiers said. “It will be nice to see some new teams here coming up. They have put themselves in a good position, league-wise, when we don’t have that many games to begin with. They are going to be pretty hard to make up down the road. We are definitely going to have to take advantage of those ones coming up.”

The Golden Knights struck first Monday on a goal from Caitrin Lonergan at 4 minutes, 18 seconds. Defenseman Nicole Gosling took a shot from behind the circle that deflected to Longeran’s skate and into the net.

“I just think we came out to start the game pretty well, got that first goal, and then the shift after that goal wasn’t great and we kind of sat back from there,” Desrosiers said. “We let off the gas a little bit and they upped their game and upped their tempo and that kind of put us on our heels for the rest of the period.”

The Raiders answered at the nine-minute mark when Danielle Serdachny scored a power-play goal.

Malia Schneider scored what turned out to be the game-winning goal just 98 seconds later.

She started from behind the circle, deked a Clarkson defender twice to get to the bottom of the circle and then put a shot over the shoulder of Golden Knight’s goalie Marie-Pier Coulombe.

The Raiders finished with a 16-4 edge in shots after the opening period.

Colgate continued to frustrate Clarkson’s offense as the second period started. By the midway point of the game the Golden Knights still had only four shots.

Clarkson got a chance to tie the game at 13:23 of the second with a three-on-one breakaway. Brooke McQuigge tried to send a pass to her sister, Kirstyn, but it went just past her stick.

The comeback attempt was stalled early in the third period when Clarkson’s Kristy Pidgeon was given a major penalty for roughing at 5:14.

Colgate lost two minutes of the five-minute power play due to a slashing penalty on Nemo Neubauerova and did not score any goals with the advantage.

But the Raiders did score shortly after the major ended at 9:27 on a three-on-one breakaway, with Rosy Demers sending a pass to Neubauerova, who scored the goal to make it 3-1.

Clarkson did not see its first power-play opportunity of the game until there was 2:46 remaining. The Golden Knights outshot Colgate 16-7 in the final period to lower the Raiders final shot lead to 29-25.

Only seven of the players can actually attend as senior Elizabeth Giguere and freshman Nicole Gosling will be unable to cross the border due to COVID-19 travel restrictions. St. Lawrence University forward Julia Gosling, Nicole’s older cousin, will be there because the Saints started late and she has not left Canada yet.

“It’s great,” Desrosiers said. “Obviously we’ve had some success recruiting and when they’ve been here they’ve done a great job at getting better and improving every day. I think they were able to leave here in a good place and we kind of helped set them up a little bit for success down the road. It’s nice to see that they are continuing with that and to keep getting these invites to camps.”