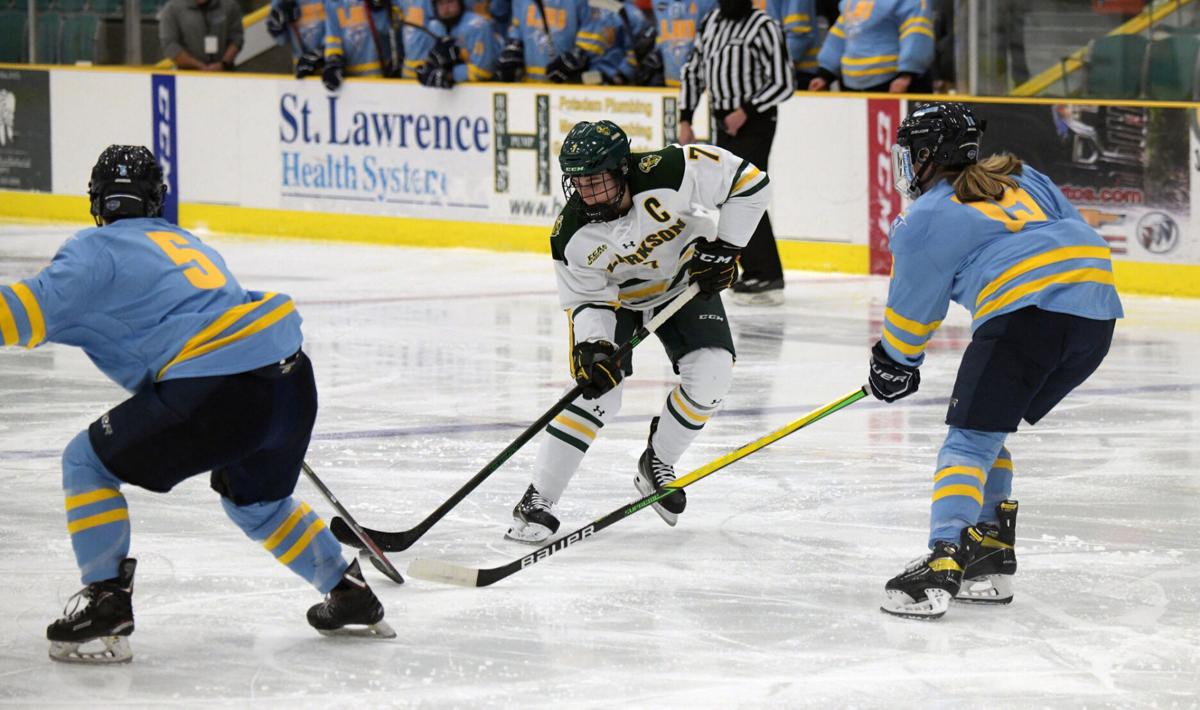 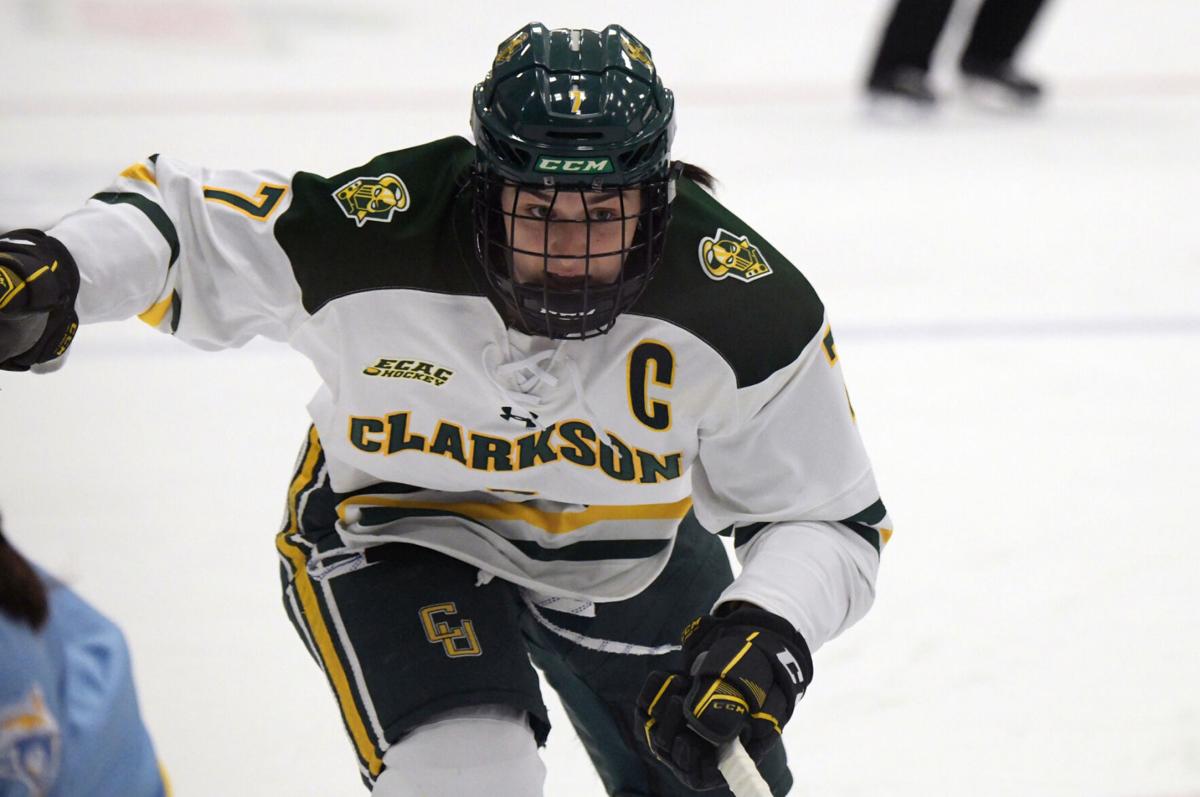 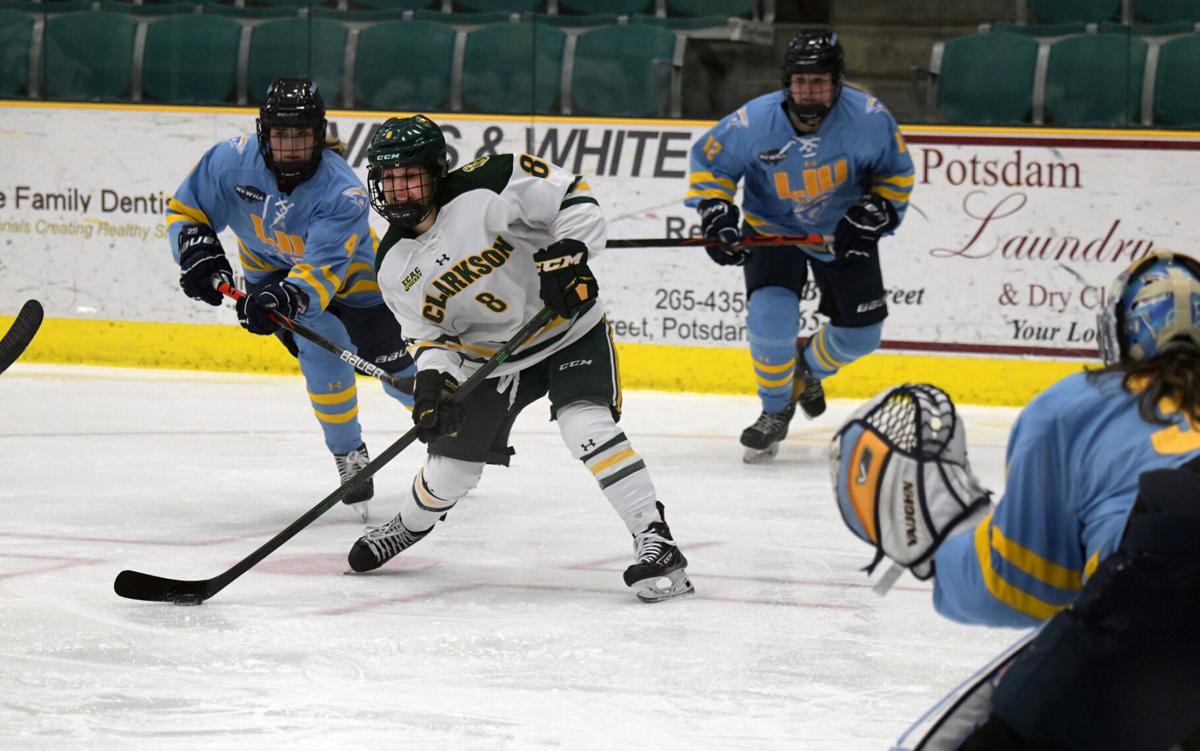 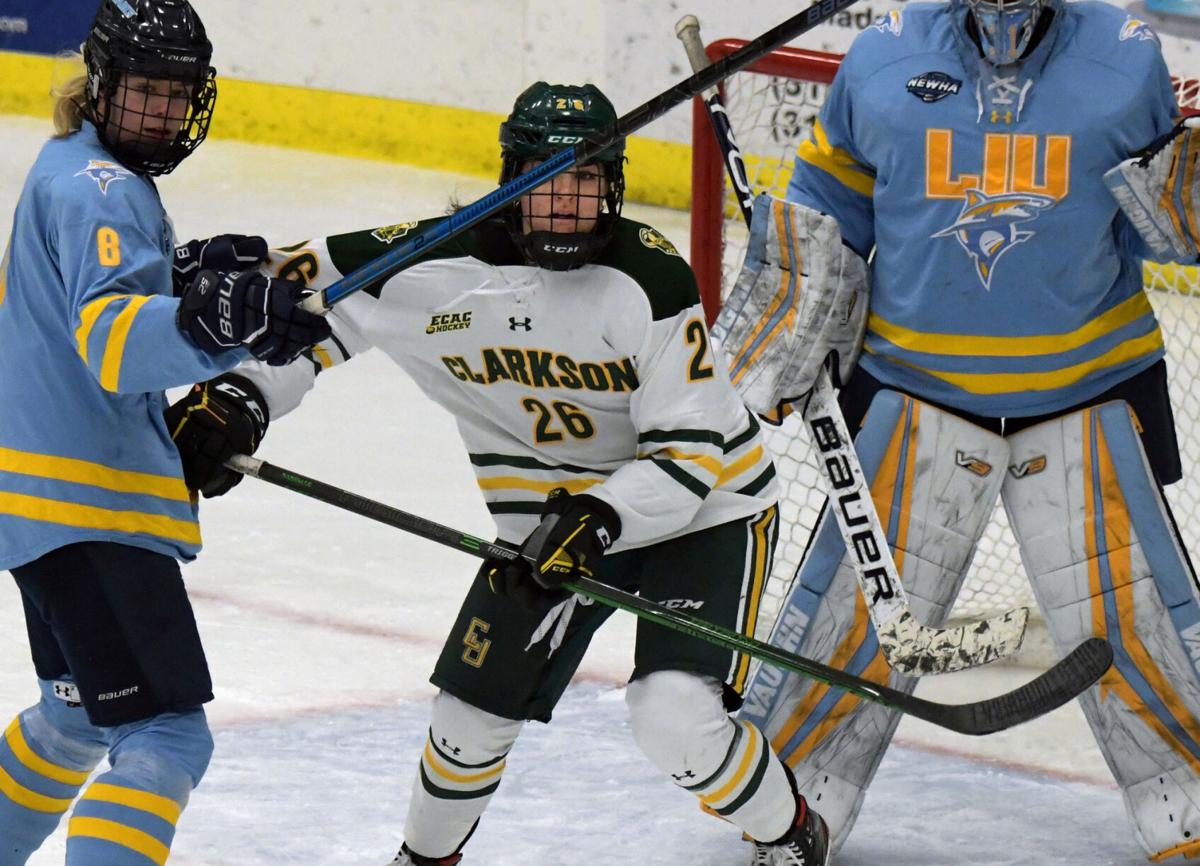 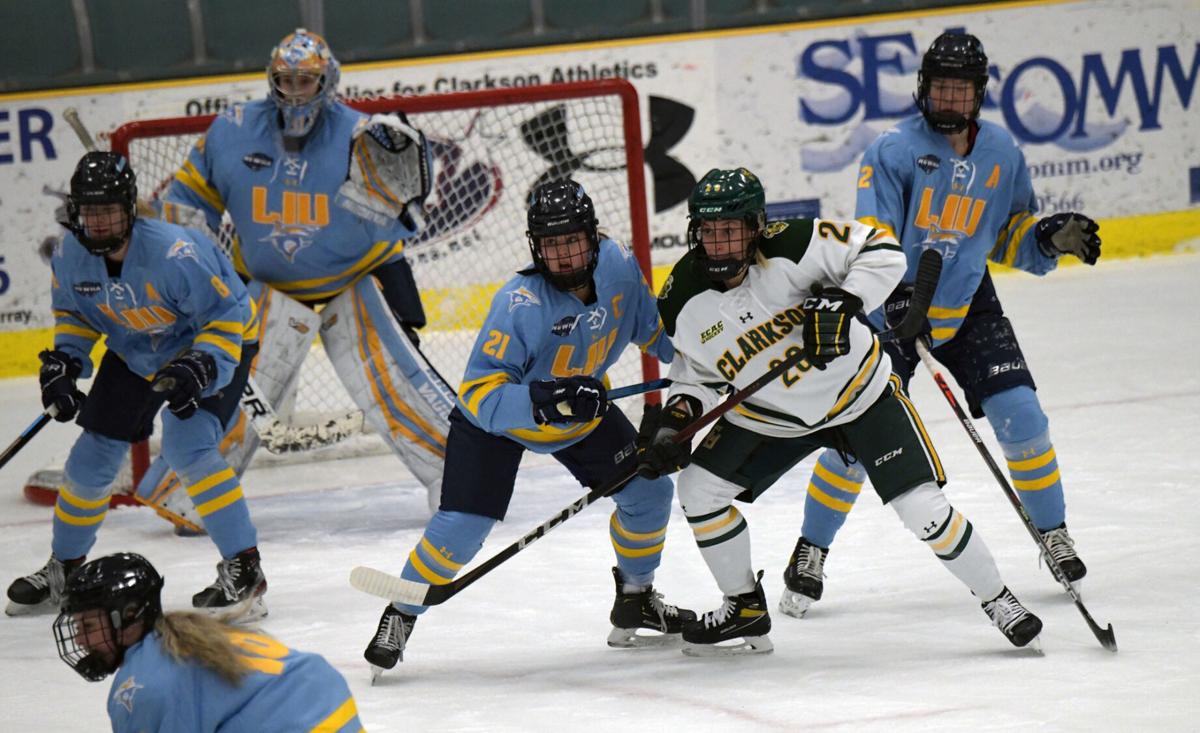 POTSDAM — Elizabeth Giguere became Clarkson’s all-time leading scorer, the McQuigge sisters starred in their first game together and the Golden Knight women’s hockey team cruised to a 5-1 win over second-year program Long Island University on Monday in a nonconference game at Cheel Arena.

Giguere, who won the Patty Kazmaier Award last season, set the school record for points at 15 minutes, 17 seconds of the first period when she picked up a secondary assist on a power-play goal from Gabrielle David — the game’s first goal.

Having David, a sophomore, score the goal she broke the record with was special because the two were junior teammates with the Limoilou Titans in Quebec. David said last spring the reason she came to Clarkson was she saw how well Giguere did as a freshman. David’s goal was set up by a nice pass from freshman defenseman Nicole Gosling.

“That was fun, and it was also a great play, so it was fun to be part of,” Giguere said. “Nicole Gosling made a really nice pass to Gab. It was a nice goal so it was fun.”

Giguere has never liked a lot of personal attention, preferring to focus on team goals, so she was seen shaking her head slightly before the second period faceoff as her school record was announced on the public address system.

“When I was on the ice and they said that it was so awkward,” Giguere said. “It was funny because they all knew how awkward it made me feel. Both benches clapped their sticks, so that was nice.”

Giguere added a goal early in the third period, with Brooke McQuigge picking up one of the assists.

But any chance the game would stay competitive ended in the second period when Clarkson (2-2-1) outshot the Sharks 21-1 and scored three goals to go ahead 4-1.

The first two goals of the period came from the McQuigge sisters in their first game as teammates.

Younger sister Kirstyn, playing in her first collegiate game, scored at 2:15 of the second period to put the Golden Knights ahead 2-1.

“It was super exciting,” Kirstyn McQuigge said. “I didn’t expect to come in here and score my first game. I was really pumped about it.”

Brooke, a sophomore, matched her sister with a goal almost exactly three minutes later to put the Golden Knights up 3-1 at 5:16 of the period.

“One of my teammates came up to me and said I better (match) my sister now,” Brooke McQuigge said. “It was in my head to try to one-up her.”

The McQuigges are the first set of sisters to play together at Clarkson since Carly and Cayley Mercer, who were part of the 2014 national championship team.

“This is the first time we’ve ever had someone come in midseason,” Clarkson coach Matt Desrosiers said of Kirstyn McQuigge. “Sometimes that can be a little bit difficult for someone. I think with Kirstyn, having Brooke as her sister, having been here, understanding what it is that we are all about here, and even just having Brooke here to bounce things off of, I think that’s probably relaxed Kirstyn and allowed here to feel comfortable right away.”

Kristy Pidgeon extended the lead to 4-1 with a goal at 6:48 of the middle period, with Kirstyn McQuigge earning her second career point with an assist.