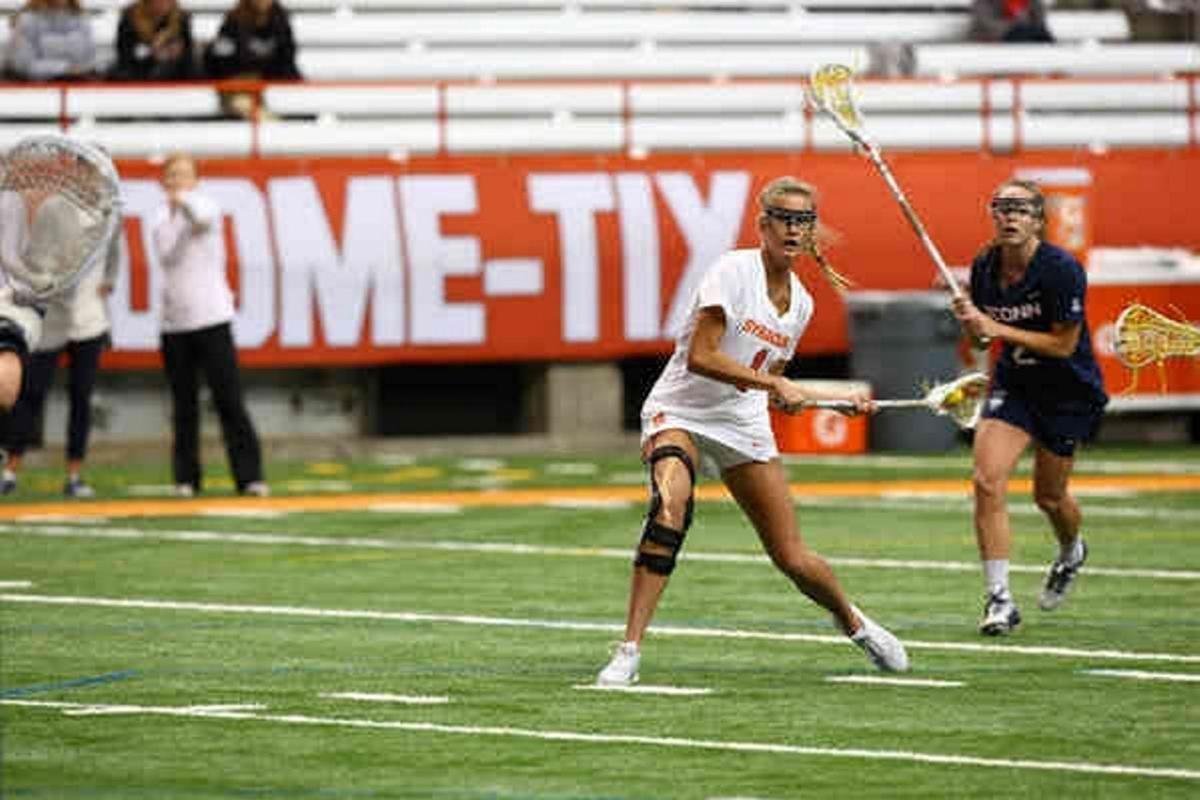 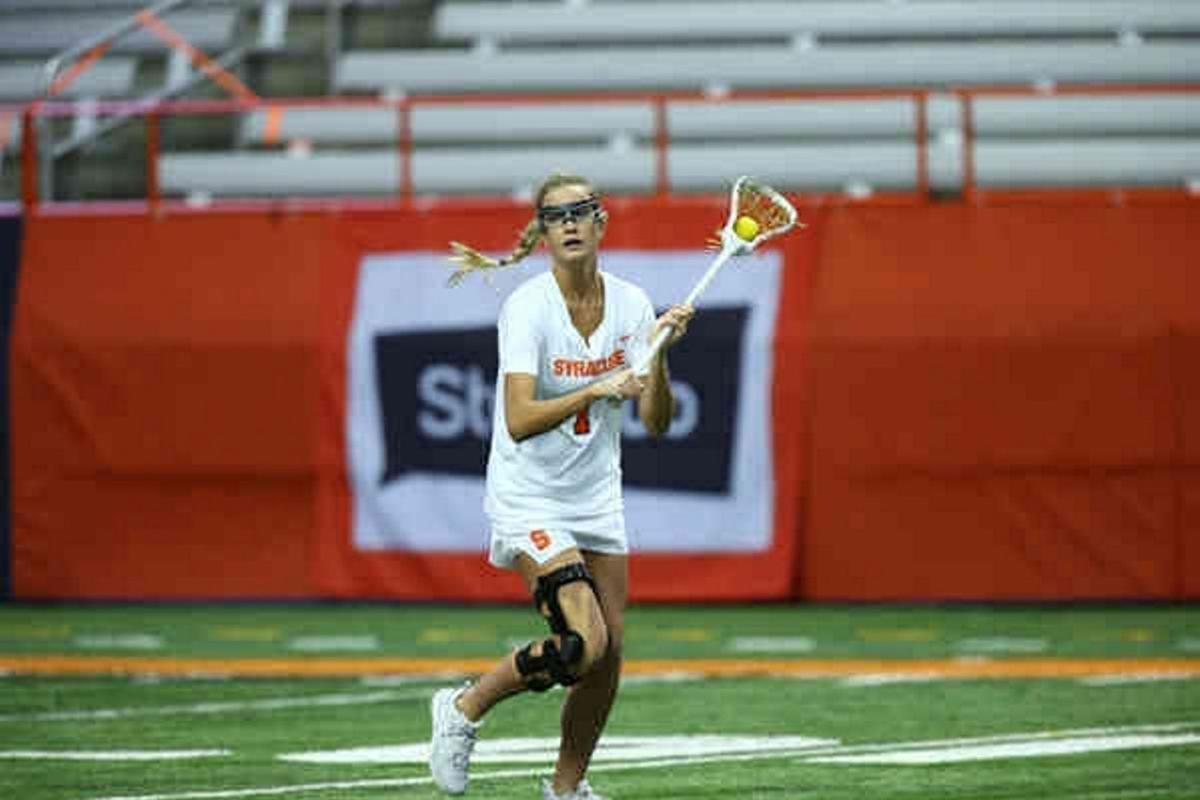 Syracuse University women’s lacrosse player Morgan Alexander, shown in 2019, carries the ball in a game against Coastal Carolina. Currently a redshirt senior with the Orange, Alexander plans to return for a sixth year at Syracuse. Michael J. Okoniewski/SU Athletic Communications 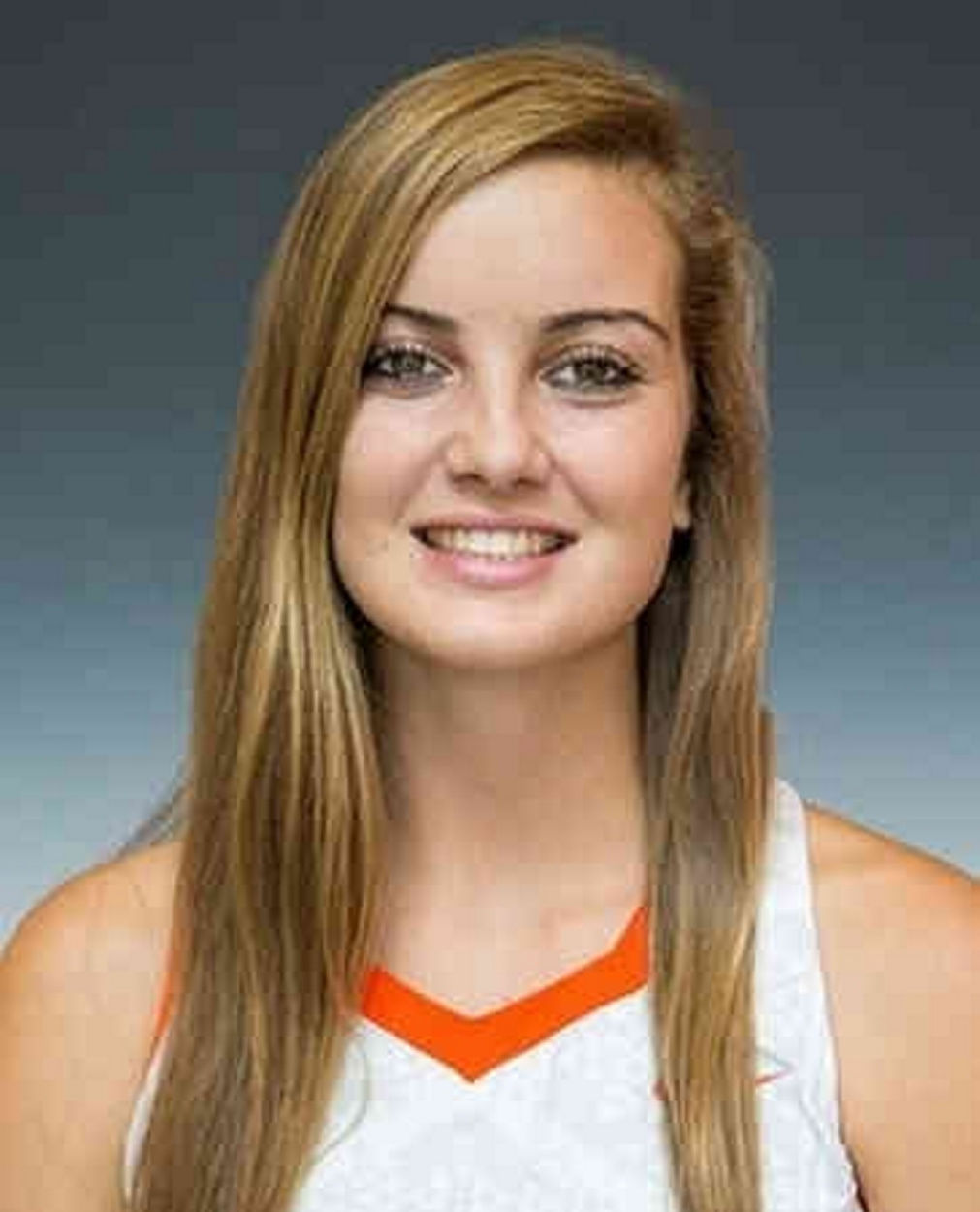 Syracuse University women’s lacrosse player Morgan Alexander, shown in 2019, carries the ball in a game against Coastal Carolina. Currently a redshirt senior with the Orange, Alexander plans to return for a sixth year at Syracuse. Michael J. Okoniewski/SU Athletic Communications

It’s official, Morgan Alexander will be returning for a sixth year at Syracuse University.

The South Jefferson graduate was injured once again in February during the lacrosse season, but is determined to get back out on the field one last time for the Orange in 2021.

Alexander is one of 10 current seniors on the Orange, which will return for another season, though most will be back by taking advantage of an extra year of eligibility granted to seniors by the NCAA in spring sports because of the coronavirus pandemic.

This isn’t the case for Alexander, who will be back after suffering yet another knee injury early this past season, which was her redshirt senior campaign.

“That’s what I was planning to do even before COVID-19 hit and shut down the season,” she said. “I was going to try and come back any way, I had a sixth year no matter what.”

Alexander, an attack who stands at 5-foot-10, injured her left knee during an Orange team practice Feb. 19 after she played in four games this season.

“Obviously you don’t want to go out playing a sport that you love with a torn ACL,” Alexander said. “So I think for me being given the opportunity to play again and compete for a national championship is really exciting.”

This followed her most complete season with the program as she totaled 22 points, including 20 goals, in a career season-high 19 games, helping to lead the team to the NCAA Tournament quarterfinals.

She underwent her latest surgery March 17 and reports everything has gone fine since, though she said she won’t play fall lacrosse, desiring a full recovery.

The surgery was her sixth while at Syracuse, with four on her right knee, so she’s certainly been through the road to recovery before.

“No fear, not at all,” Alexander said. “My first ACL (surgery) I was terrified, but ever since I don’t really care, I just go in and do it and get it done with.”

She continued: “Like each day you’re out of surgery is one day closer to playing again. So if I could have done my surgery the day after I tore it, I would have done it just to get it over with. But I was fine, I literally was fine, I was walking around within three days after the surgery.”

Alexander said her recovery is progressing well, spending most of her time at home in Adams.

“I’ve been doing rehab every day by myself,” she said. “I can’t see a physical therapist because of (COVID-19), but I’m doing fine. I’m not going to play in the fall, because there’s no point, I could probably play in November, so I’m just going to play in January.

“I feel really good, so I just have to work at getting as strong as I can to get back on the field,” she added.

Also joining Alexander for a sixth year with the Syracuse team is Cara Quimby, who played in all eight games this past season.

“She’s going to be my roommate next year,” Alexander said of Quimby. “Her and Morgan Widner were my roommates, it will be fun. Cara and I have been together for six years in the same class, so it’s good for us.”

Current seniors Vanessa Costantino, Lila Nazarian, Bella Recchion, Ella Simkins, Emily Hawryschuk and Asa Goldstock will each take advantage of the NCAA ruling by returning next year. Also from Syracuse, Kerry Defliese and Morgan Widner will be fifth-year seniors after each missed time earlier in their careers because of injury.

“Having my teammates coming back like that also factored into my decision,” Alexander said. “And a lot of my best friends are coming back, so it will be fun. We’re all, really close, so I think going into the season we’ll do well.”

Syracuse went 7-1 this season and had risen to No. 4 in the country before the ACC canceled all spring sports in March because of the pandemic.

“We’re excited to have this great group coming back in 2021 to help us take care of unfinished business from this season,” Syracuse women’s lacrosse coach Gary Gait said. “They have a passion for the sport of lacrosse and for Syracuse University.”

Academically, Alexander, who also holds an undergraduate degree in political science and communications, is completing her graduate degree in sports broadcasting, which she’ll finish over the summer. She’ll then take on graduate studies in college athletic advising.

“I’m looking forward to that, if it happens,” she said of training camp. “That’s what I want to pursue, broadcasting.”