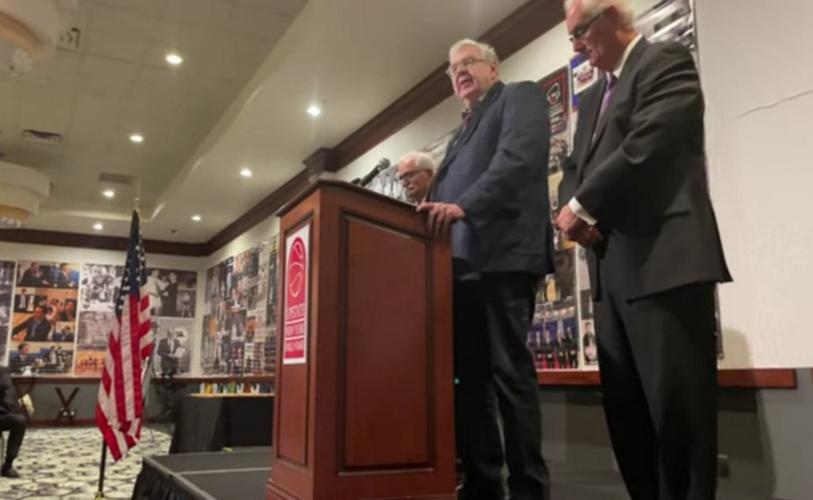 Watertown native Ted Bence speaks at his induction into the Upstate New York Basketball Hall of Fame on Oct. 24 in Troy. Former SUNY Potsdam teammate and Division I basketball coach Mike Deane is at right. 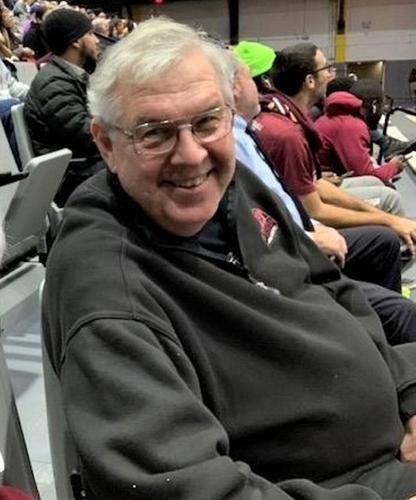 Watertown native Ted Bence speaks at his induction into the Upstate New York Basketball Hall of Fame on Oct. 24 in Troy. Former SUNY Potsdam teammate and Division I basketball coach Mike Deane is at right.

Ted Bence, a Watertown native who played basketball for Watertown High School and went on to star for the SUNY Potsdam men’s team as a 6-foot-7 center during a Hall of Fame career, died at age 70 on May 27, SUNY Potsdam announced Friday.

Bence died at his home in Saratoga Springs.

Bence played for SUNY Potsdam from 1970-74 and remains the college’s all-time leading rebounder with 887. He is 10th all-time in scoring for the Bears with 1,307 points.

Bence was inducted into the Bears Athletic Hall of Fame in 1986, and the Upstate New York Basketball Hall of Fame honored him with induction last October.

“He had great hands, he could really finish around the basket,” said Mike Deane, the longtime Division I men’s basketball coach who was a teammate of Bence at SUNY Potsdam. “(But) he never tried to do more than he could do. He played within himself, he played within the system. He was a winner.”

Deane introduced Bence at his induction into the Upstate Hall of Fame during ceremonies Oct. 24 in Troy.

Bence began his basketball career under legendary WHS basketball coach Lew Kibling, who advised Bence to join the cross country team prior to his junior year and his first varsity basketball season.

“I was a freshman and I got cut from my ninth grade team,” Bence said at his induction in October. “I was looking at some things and a guy said, ‘you can’t coach height.’ So I grew six inches my freshman year. ... I went from getting cut at 5-foot-9 and making the JV team at 6-foot-3.”

After two seasons on varsity for the Cyclones, Bence played for SUNY Potsdam coach Jerry Welsh. He started making his mark his sophomore year with a 13.2 points-per-game average and 9.0 rebounds a game for a 22-2 squad.

Potsdam made the NCAA Tournament during Bence’s junior year when he averaged 16.0 ppg and 11.9 rpg, making All-SUNYAC honorable mention. As a senior, he led the team with 17.8 ppg and 9.4 rpg and made the SUNYAC first team. The Bears also returned to the NCAA Tournament.

After graduating in 1974, Bence taught and coached at Poland and Port Byron high schools. He also coached basketball at Immaculate Heart Central and was the coach that former longtime Cavaliers basketball coach Mike Delaney succeeded in 1976.

A memorial service is planned for later this summer. Bence’s final resting place will be at Pulaski Cemetery in Pulaski.