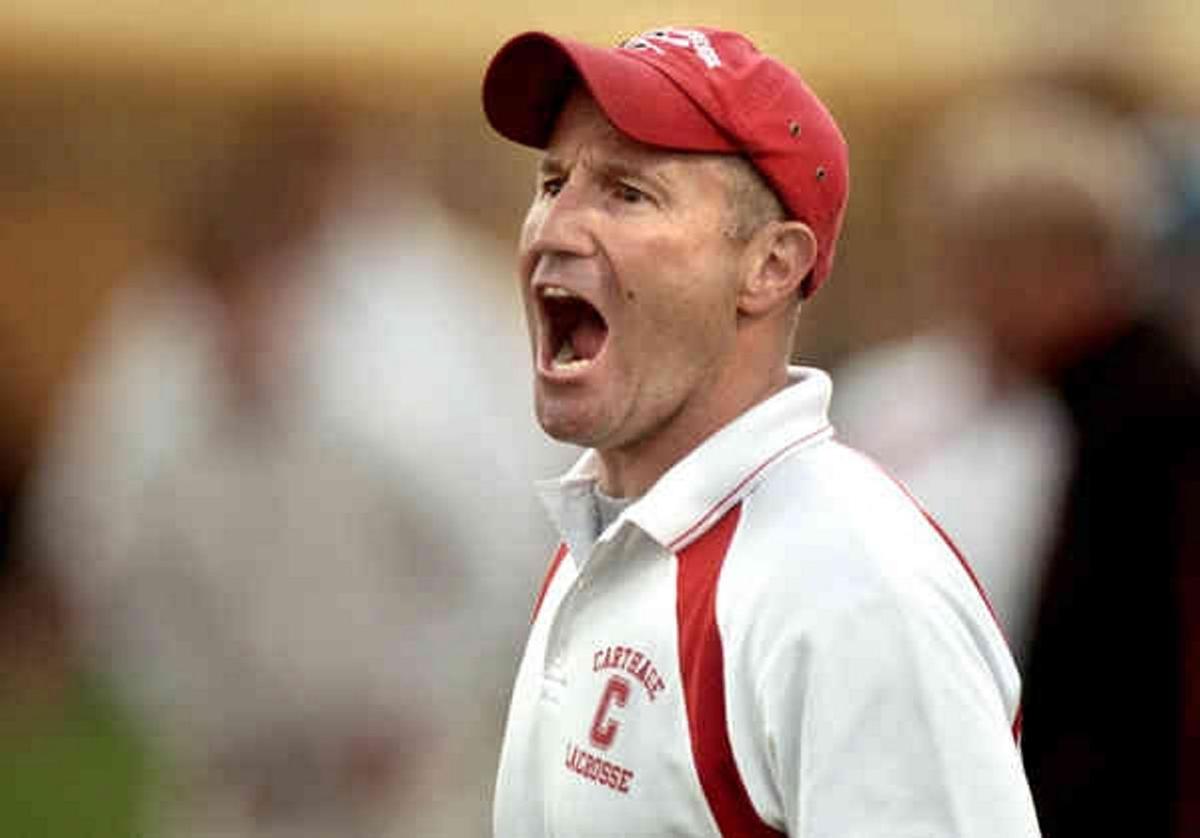 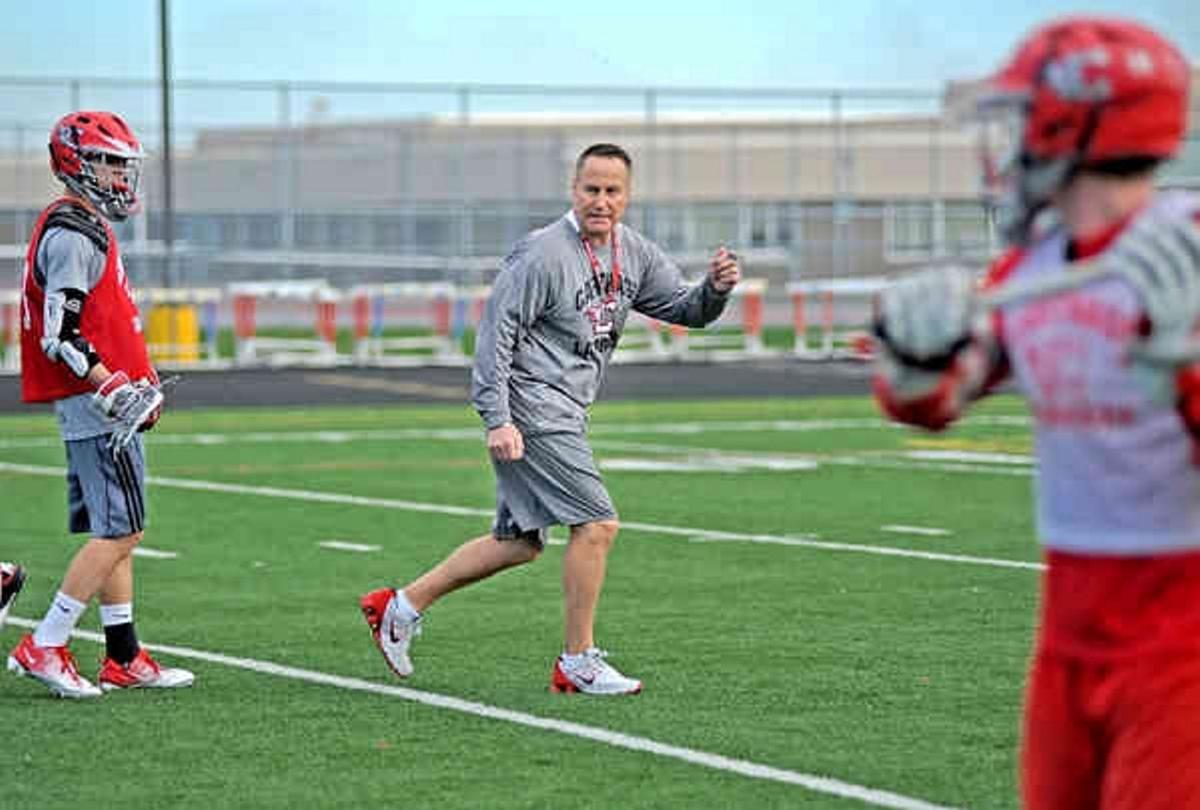 Former longtime Carthage coach Kirk Ventiquattro goes through a drill during a Carthage team practice in 2012. Ventiquattro how has his own podcast — titled 24’s 24. Watertown Daily Times 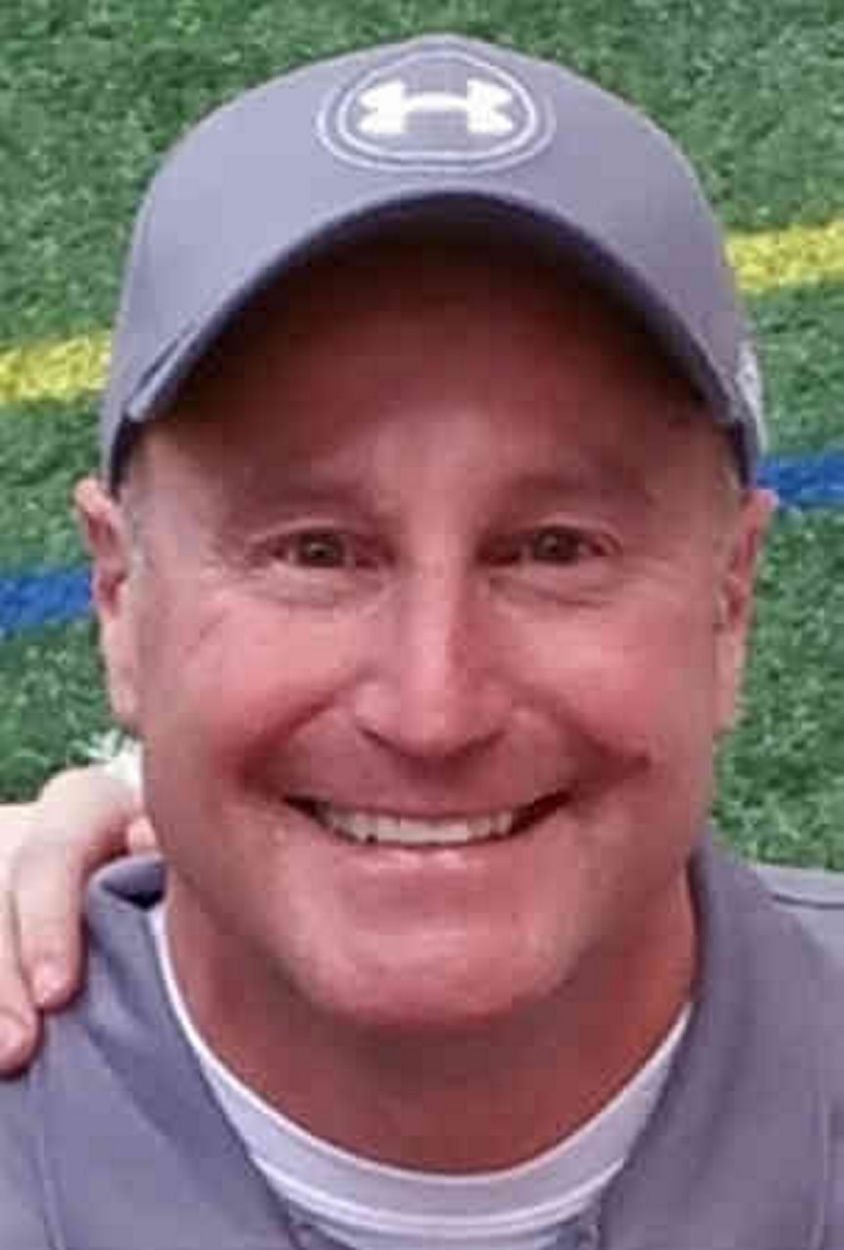 Former longtime Carthage coach Kirk Ventiquattro goes through a drill during a Carthage team practice in 2012. Ventiquattro how has his own podcast — titled 24’s 24. Watertown Daily Times

Kirk Ventiquattro has found a new way to channel his passion for the sport of lacrosse.

The former longtime Carthage coach, who has always been more than willing to talk lacrosse, now has his own outlet to do so in a new podcast — named fittingly 24’s 24.

“I’m having a ball,” Ventiquattro said. “Reliving some of the glory days and it’s a chance to get a message out there without having to worry about somebody on the other end taking offense to it. Because like I say, ‘hey, if you don’t like it, turn it off and don’t listen to it.’”

Ventiquattro decided to finally follow through with the idea with the extra time he has on his hands after he returned from Florida last month when the lacrosse team he helps coaching there cut its season short by the threat of the coronavirus pandemic.

“It’s kind of fun, reconnecting with some college buddies and some family members across the country,” Ventiquattro said. “And I had no idea how (podcasts) worked or how they get it out there. My son Tony kind of handles that from Florida.”

Since then, he has generated eight podcasts on various lacrosse topics through this past weekend, which are posted on the Team 24 Facebook page, among others, and is also on youtube under “Kirk Ventiquattro”.

“Tony was like ‘you know you don’t have to do one every day, you’ve got to let it marinate,’” Kirk Ventiquattro said. “And I said ‘marinate?’ So I’ve got these ideas and I’m held up here, I’ve kind of self-quarantined myself here, I’ve been back from Florida for 19 days now. And I started to reach out to family memories and lacrosse friends. It’s just been cool.”

In fact, Ventiquattro considers his son as his producer after he received the necessary equipment as a holiday gift.

“And I kept telling him, ‘Tony, I’m going to do a podcast,’” Ventiquattro said. “So for Christmas he bought me the stuff to do a podcast. So he hooked it up right away and I just kept ignoring it, but with the happenings of the world, everybody’s got more time on their hands. And our buddies like Ben Gaebel and Brendan Dooley, said ‘coach, you’ve got to do one.’”

Further Ventiquattro podcasts have included: “How It All Began,” “Classic Pre Game Talk,” “My All Americans,” and “Some Great Players We Played Against.”

“It was fun, because I got the Coffman brothers involved — Jason and Josh,” Ventiquattro said. “I’ve got my friends and then I’ve got all my friends who were my former players, so that was fun. It’s amazing with the different eras, even those guys who played in a different era than Tony or Mario and so on and so forth. They really got into it.”

Other podcast titles have included: “Around The Fields of Carthage,” “Don’t Be The Centipede,” and most recently, “A Pep Talk To All Americans.”

“I said it kind of surprised me that even I had forgotten how entrenched in the lacrosse world that we were in the heyday and the names of some of these guys,” Ventiquattro said. “We kind of got reconnected with the Dingman brothers because they kind of got lost in the shuffle in the piece on our All-Americans.

“Chris (Dingman), who was our only defenseman who earned All-American honors, and his brother Ian, who ended up being a college All-American. So, I had to find a way to get them involved, and they both served our country, so what a time for some patriotism.”

Ventiquattro has received positive feedback on his podcasts and has heard from former players, coaches and friends from the lacrosse world and beyond.

“I sit down and find subjects that I find humorous or entertaining,” Ventiquattro said. “Basically I feel like I’m talking to my old players and to friends around the country, my college buddies and family members. Just having fun and get a chance to be me.”

Ventiquattro, who was Carthage’s first varsity lacrosse coach, coached the program for 30 years before retiring in 2018.

After successfully beating a 2011 bout with prostate cancer during which he didn’t miss any time coaching, Ventiquattro has striven to promote cancer awareness through events with his Team 24 campaign.

Before he headed back north to Carthage last month, Ventiquattro was is in the second year on the coaching staff of his son Tony, the head coach at Bishop Verot in Fort Myers, Fla.,

“They’re doing pretty good, we had a decent year,” Ventiquattro said. “He’s doing a heck of a job changing the culture and that’s been fun to watch.”

Kirk Ventiquattro feels for all of the local high school athletes as they haven’t even been able to practice their spring sports when schools were closed in mid-March in favor of remote learning because of the coronavirus.

“Of course,” he said. “My plan was to finish down there and come back in early May and I was actually going to do a little volunteer assistant coaching at Indian River. So that was my plan and of course I run some of my summer camps and everyone is kind of wondering if something like that is going to happen.”

Ventiquattro also coached the Philippines team at the World Lacrosse Championship in 2018 in Israel.

The Philippines will attempt to reach next year’s world games as well, but this year’s qualifier in New Zealand in the fall is on hold because of the coronavirus.

“It’s disheartening, because we were so excited,” Ventiquattro said.

Ventiquattro also said was encouraged by the NCAA’s ruling that senior student athletes who took part in spring sports will be granted an extra year of eligibility.

He said this might create some problems with team scholarships and rosters next year with those returning seniors as well as incoming players.

“But that’s miniscule compared to what we’re trying to avoid here,” he said. “My thoughts and prayers of course are with America that we can do this. I think it’s the toughest thing we’ve seen in my lifetime, it’s right up there with 9/11. It’s a catastrophic event here for the American people.

“So if in some small way what I’m doing helps people through this and gives something to look forward and something to talk about — why not?”

As well as on Team 24’s Facebook Page, Ventiquattro’s podcasts can also be found at thegameofcrosses.org and are available on iTunes, Spotify and Stitcher.