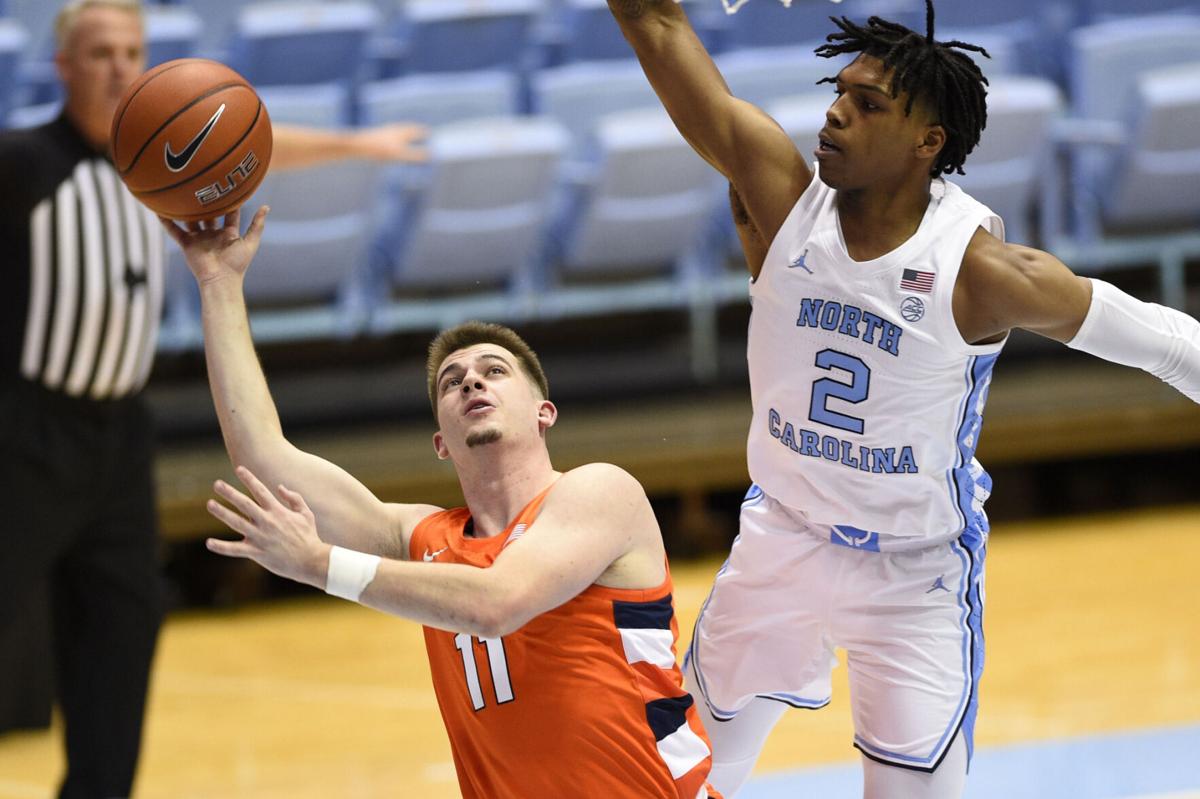 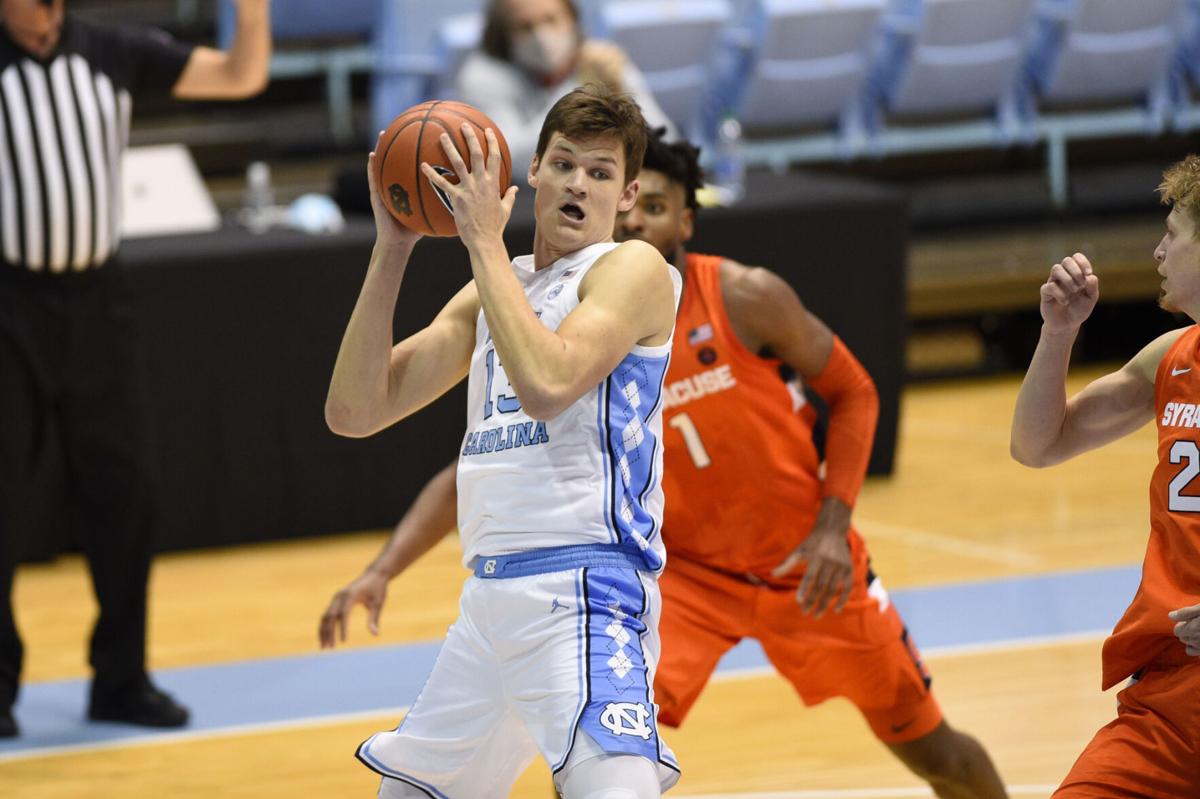 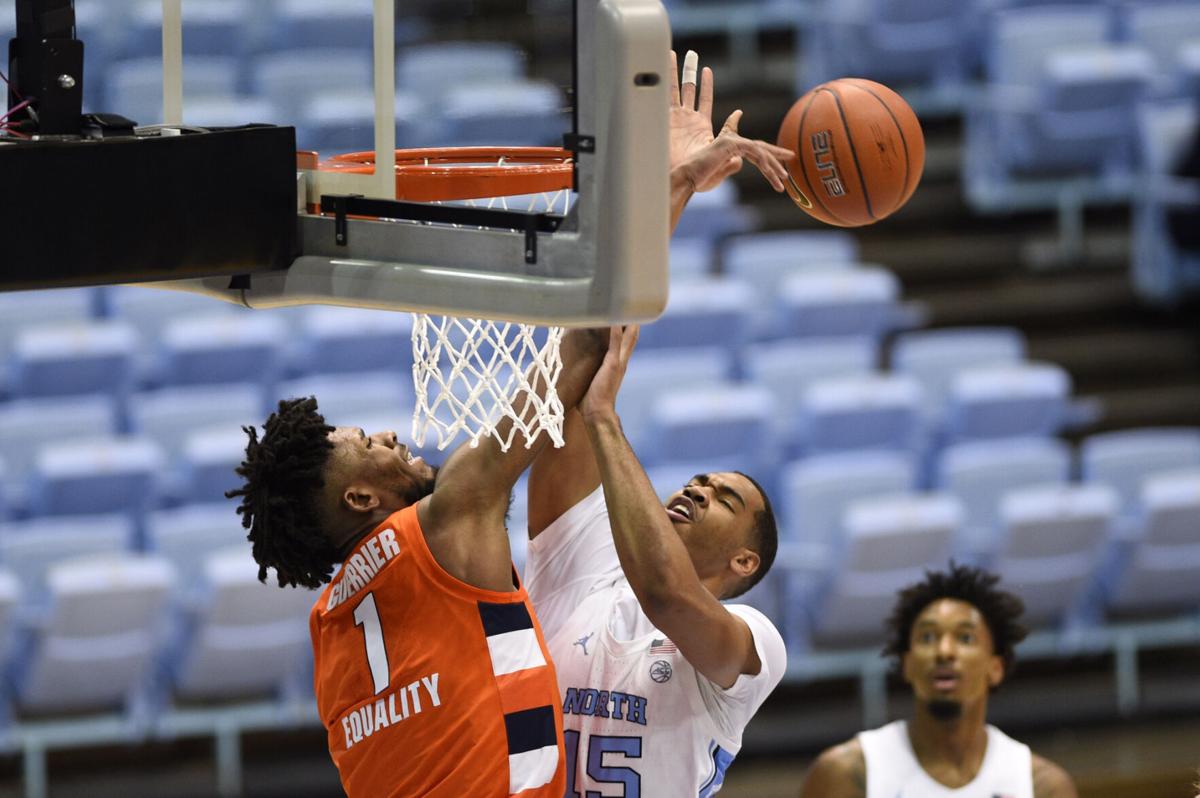 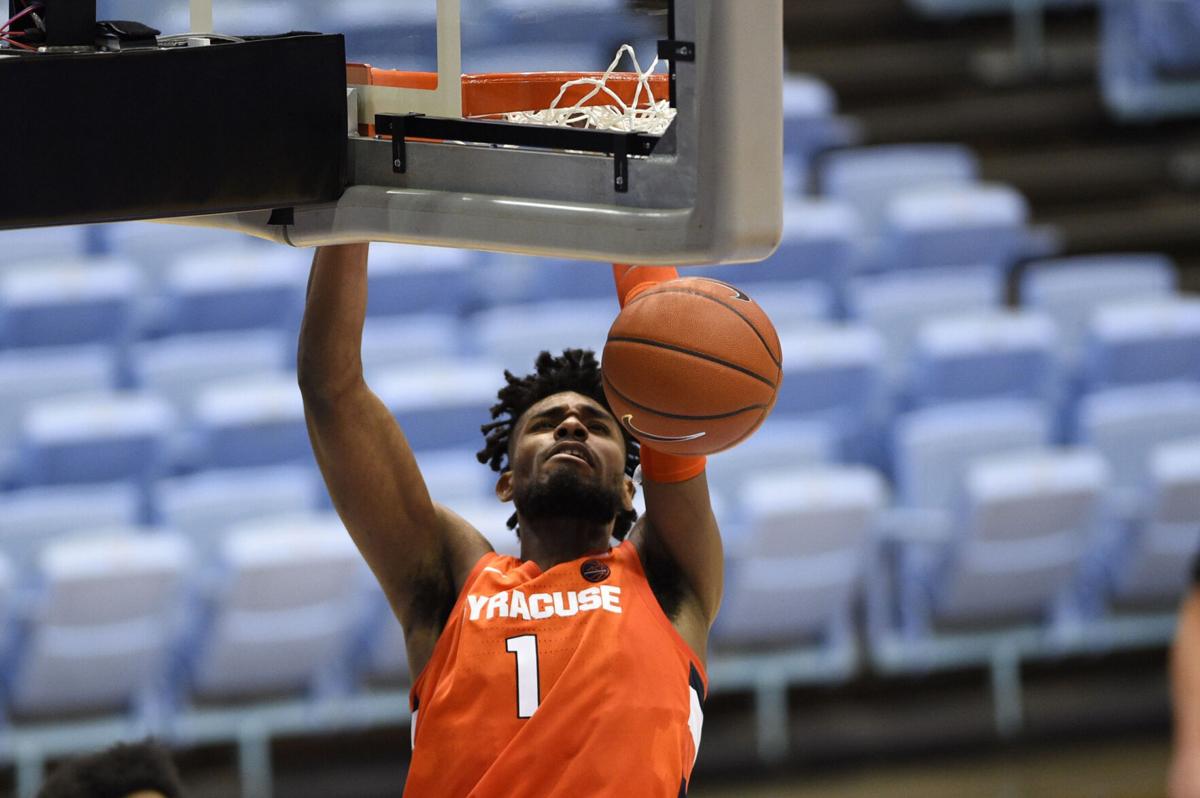 Syracuse’s Quincy Guerrier scores on a dunk in the second half Tuesday. Bob Donnan/USA TODAY Sports 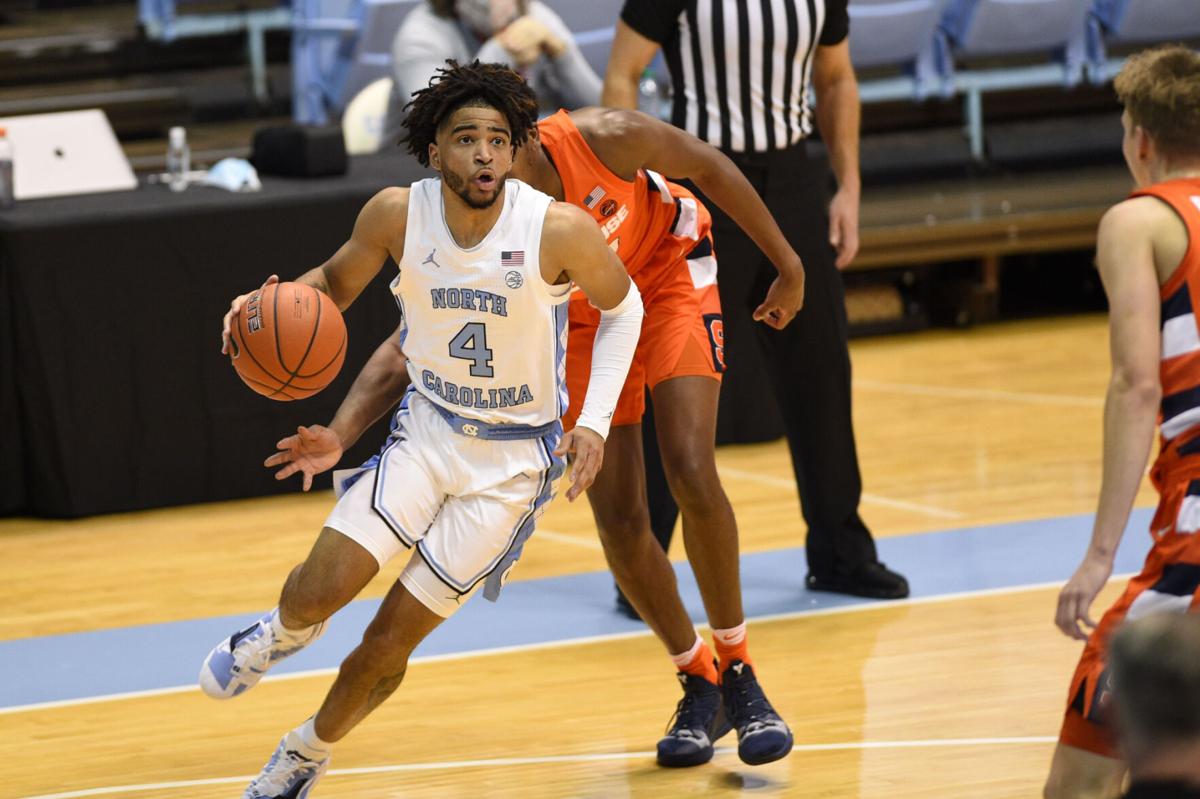 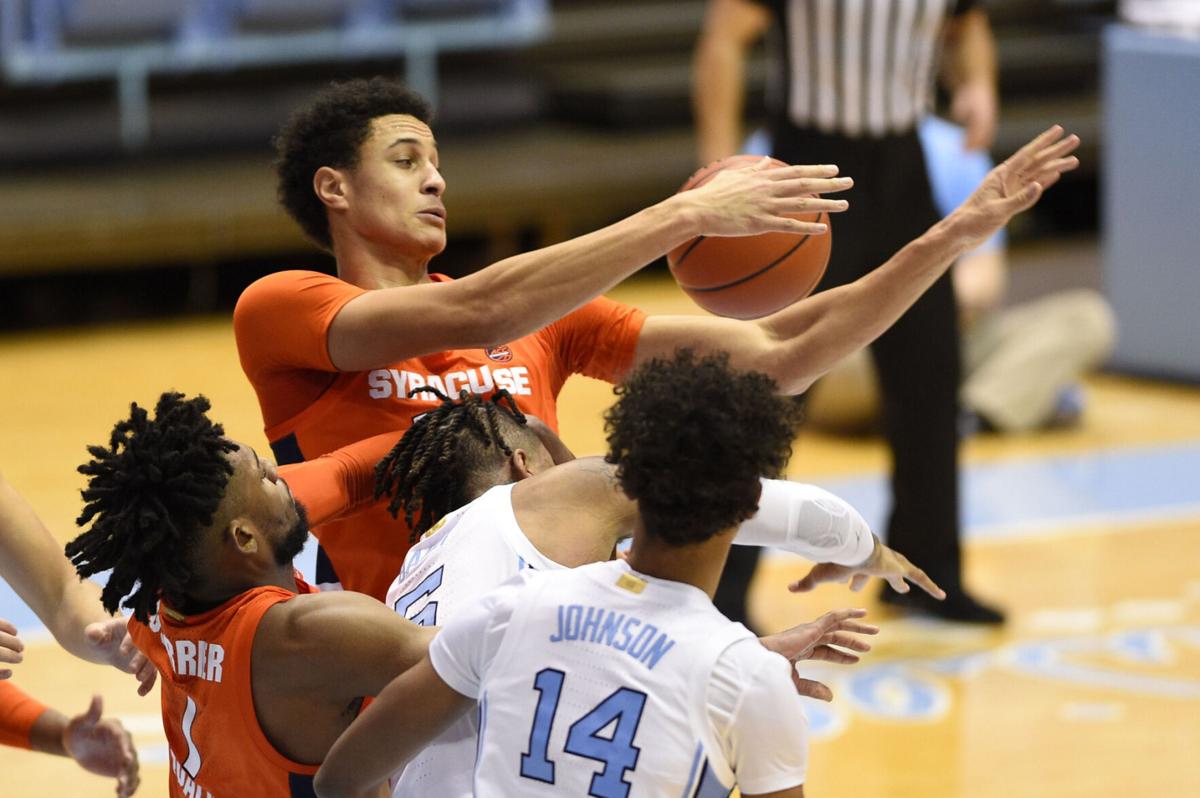 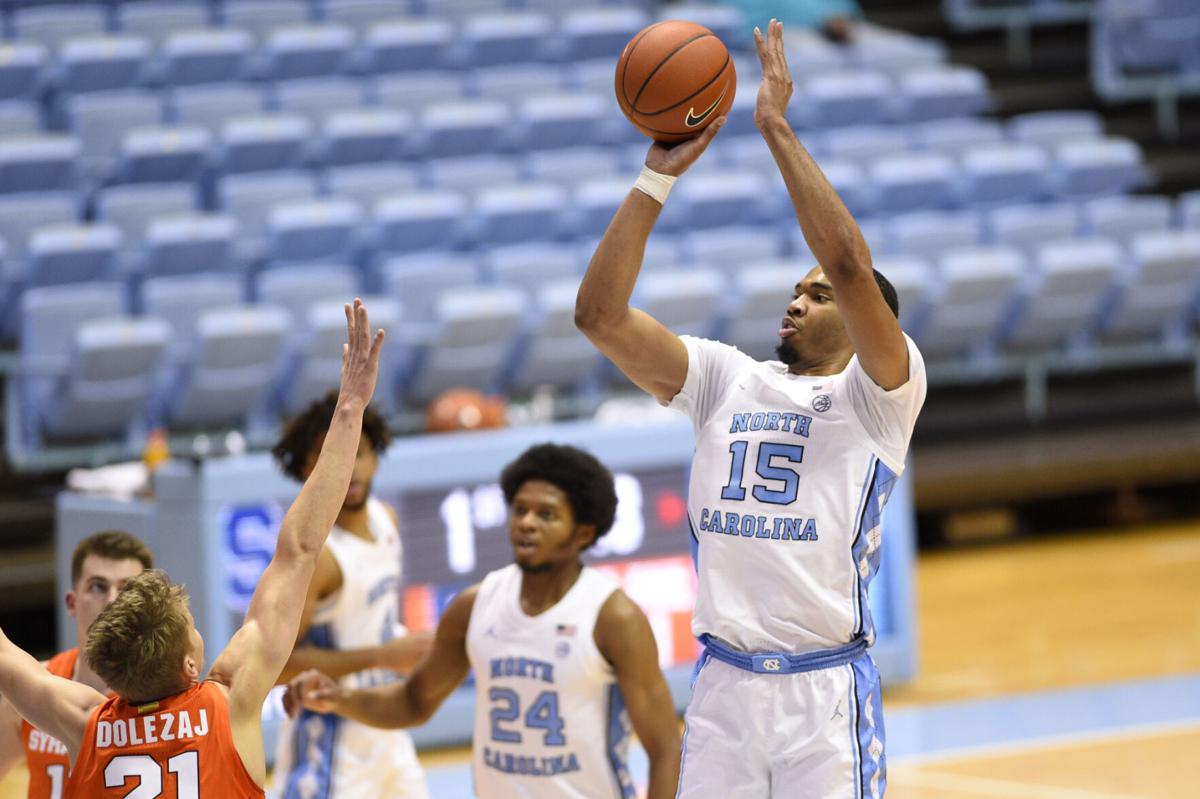 Syracuse’s Quincy Guerrier scores on a dunk in the second half Tuesday. Bob Donnan/USA TODAY Sports

RJ Davis chipped in 12 points, including a pair of free throws in the final minute, off the bench as North Carolina (8-4, 3-2 Atlantic Coast Conference) picked up its third consecutive triumph.

Syracuse’s Quincy Guerrier poured in 23 points but fouled out for the first time this season with 1:21 to play and the Tar Heels leading 73-70. Buddy Boeheim posted 18 points – all in the first half – and Alan Griffin had 16 points for the Orange (7-3, 1-2).

Syracuse rattled off eight consecutive points to regain the lead with less than four minutes to play.

North Carolina, which shot 39.7 percent from the field, missed seven field-goal attempts in a row but went ahead when Day’Ron Sharpe and Brooks each sank both ends of one-and-one free-throw opportunities at the 3:02 and 2:04 marks.

After a Griffin basket, Bacot produced two hoops in a 20-second span to give North Carolina a 75-70 edge with 1:01 left.

After the teams went to halftime tied 40-40, North Carolina scored the first nine points of the second half before Syracuse followed with a 13-0 run. The Tar Heels had a stretch of 1-for-13 shooting from the field.

The Orange built a 56-51 lead. Then North Carolina strung together 13 straight points, with Davis posting seven in a 50-second span.

Earlier, Syracuse finished the first half on a 14-4 stretch.

Syracuse remained without injured post player Bourama Sidibe, a problem that seemed more severe when Marek Dolezaj picked up his second foul less than four minutes into the game.

North Carolina has won 10 of the past 11 meetings with the Orange.