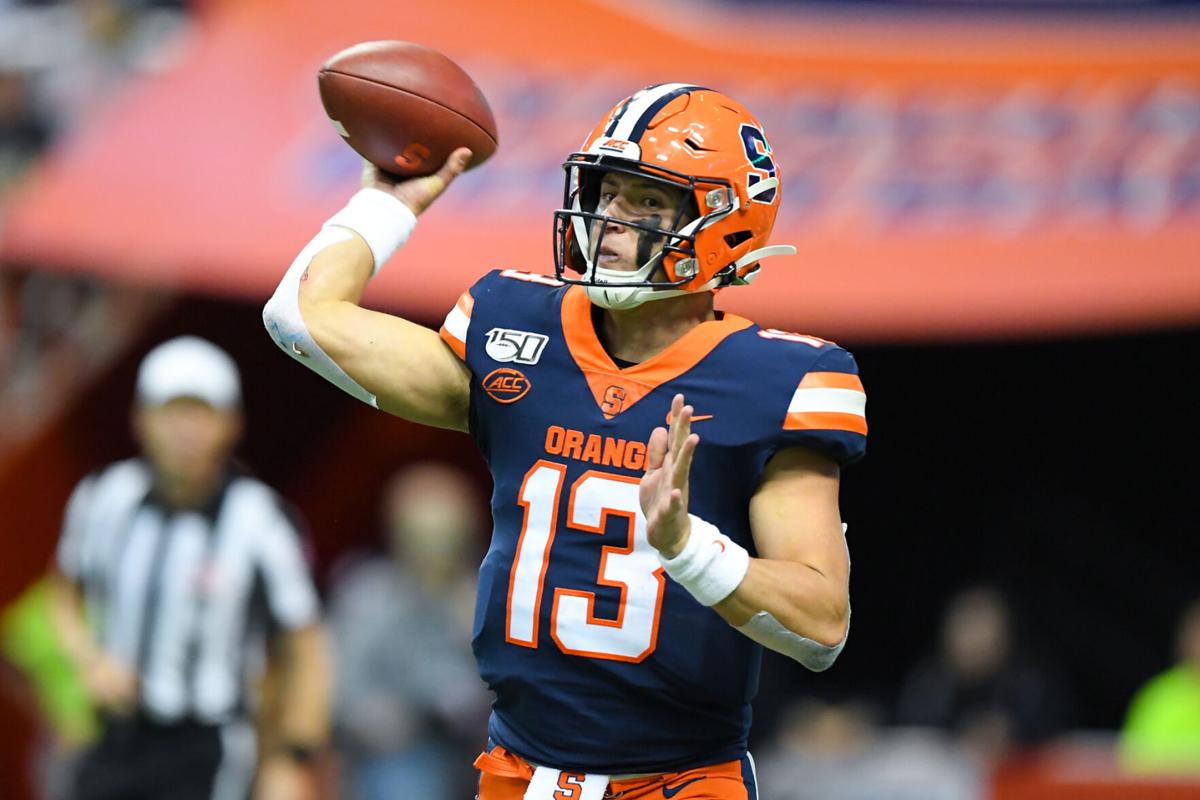 Syracuse Orange quarterback Tommy DeVito passes the ball against the Pittsburgh Panthers during the third quarter on Oct. 18 last year at the Carrier Dome in Syracuse. Rich Barnes/USA TODAY Sports 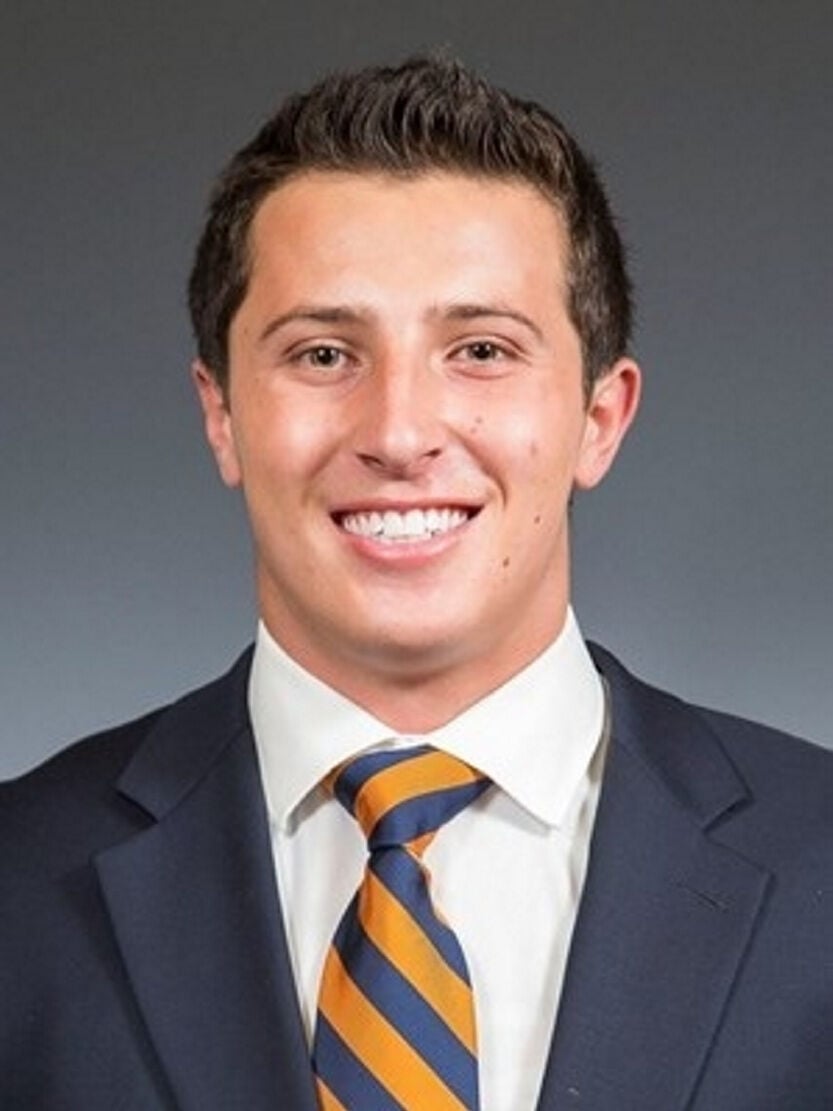 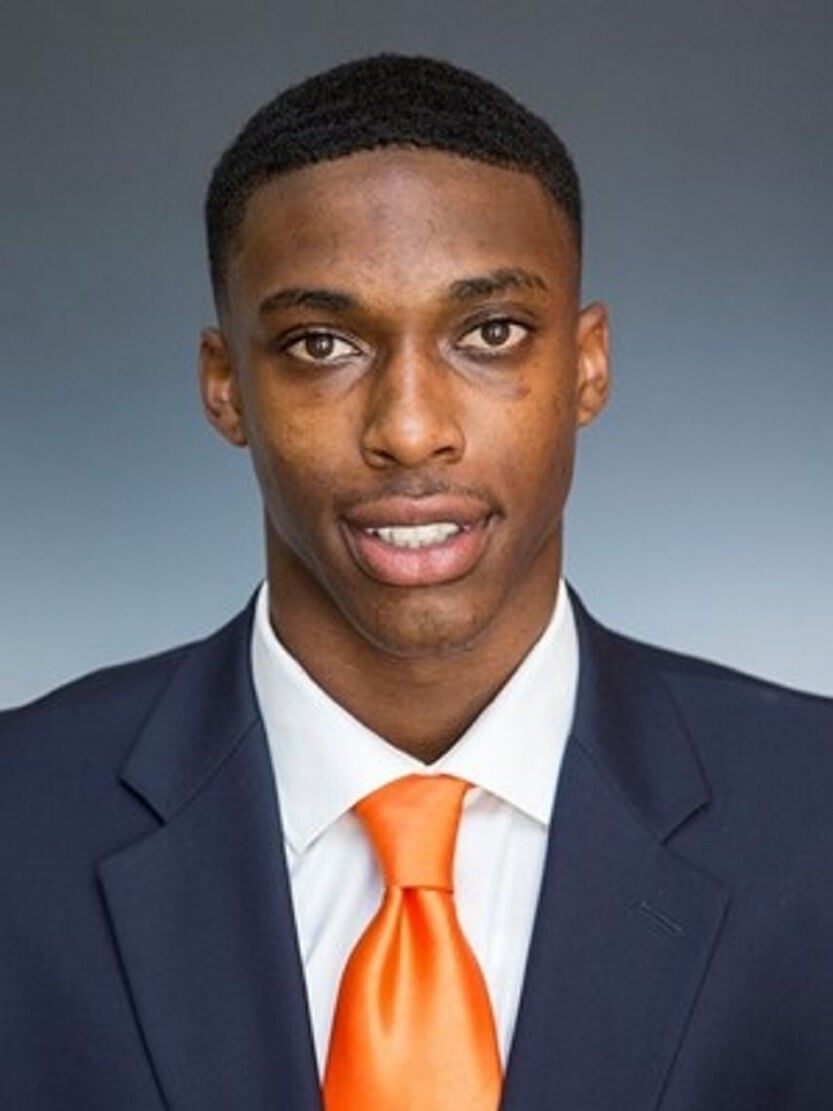 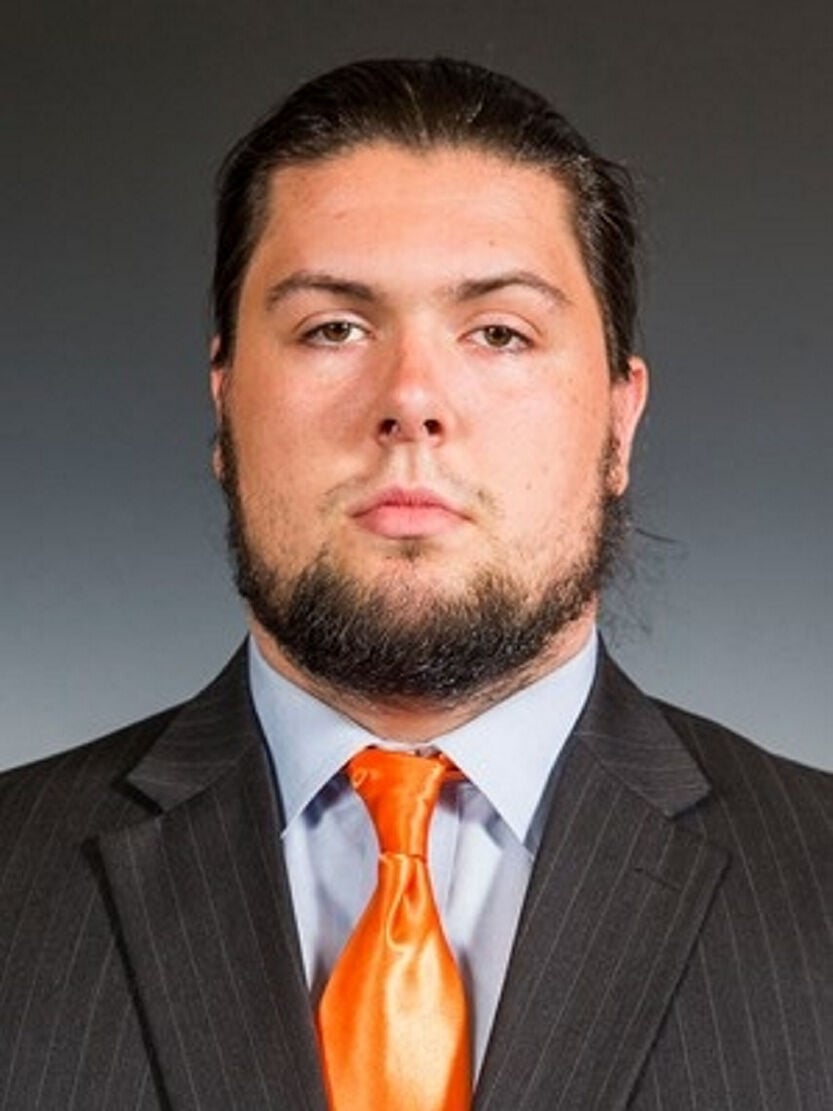 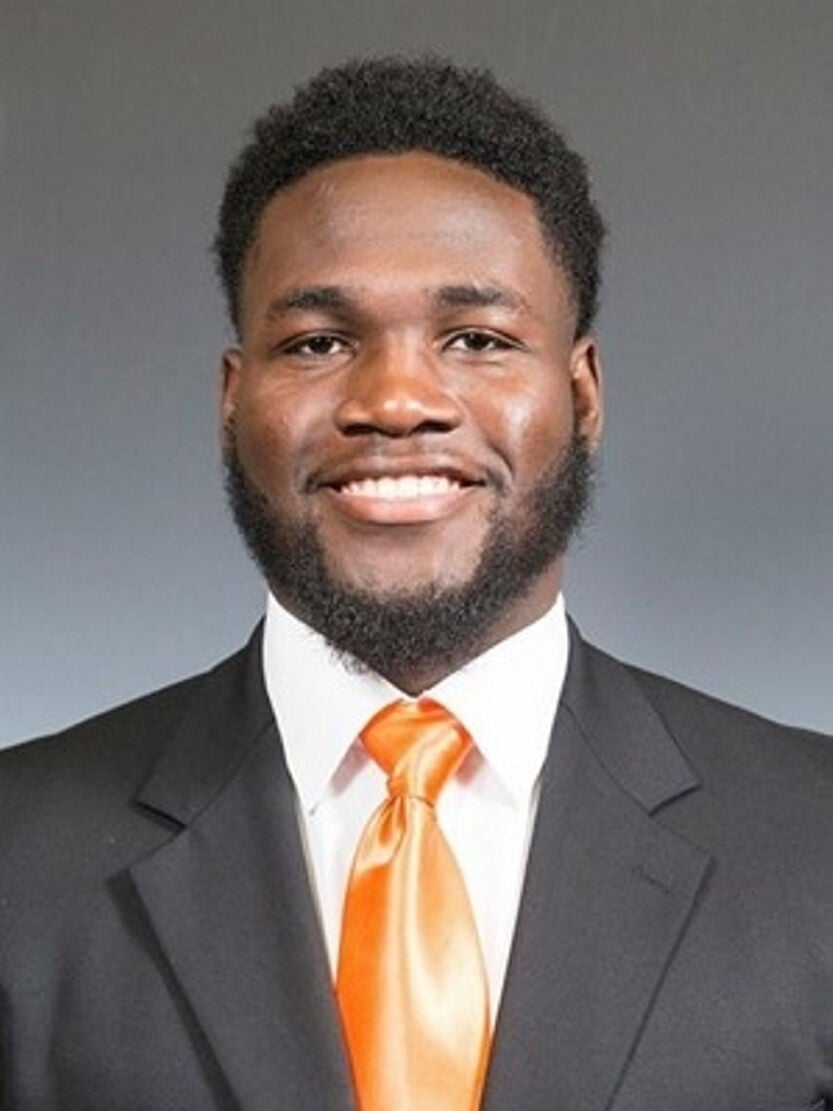 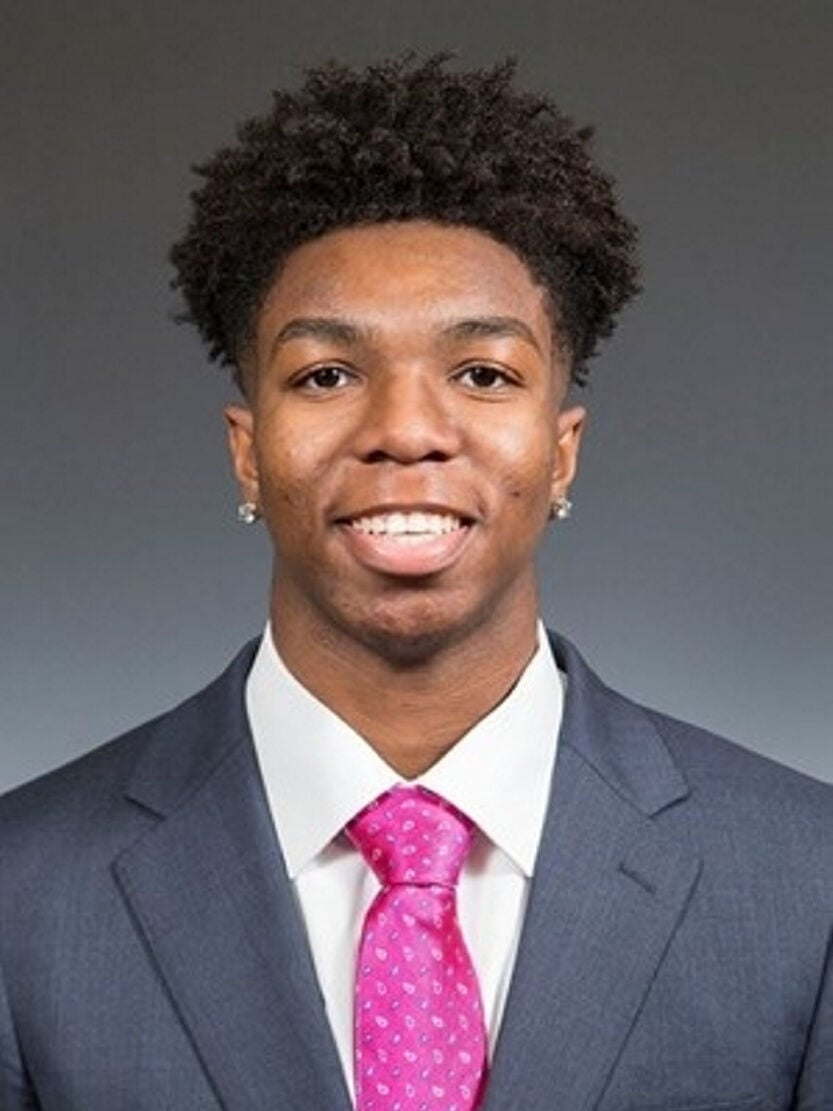 Syracuse Orange quarterback Tommy DeVito passes the ball against the Pittsburgh Panthers during the third quarter on Oct. 18 last year at the Carrier Dome in Syracuse. Rich Barnes/USA TODAY Sports

Adams and Howard have joined redshirt freshman defensive lineman Cooper Dawson in opting out of the season due to COVID-19, according to multiple reports, while the status of Davis and Richards remained unclear Wednesday. The SU athletics department has yet to confirm any player opt-outs.

Bleich — the 6-foot-6, 332-pound redshirt sophomore — is awaiting clarity on his eligibility status from the NCAA. He applied for a waiver in April to forego the mandatory one-year waiting period and play immediately after announcing his transfer from Florida last December.

Here is a breakdown by position of what to expect from the active Orange during the upcoming season.

Redshirt junior Tommy DeVito will begin his second full year as the starter following mixed results in his debut campaign. The 6-foot-2, 212-pound passer from Cedar Grove, N.J., completed 213 of 337 passes for 2,360 yards (196.7 per game) to go with 19 touchdowns and five interceptions last season, ranking third in the ACC for completion percentage and tying for second in fewest interceptions. He was often playing under duress — SU allowed 4.4 sacks per game in 2019 for the third worst mark in the nation — and will hope for better results in the quick-fire approach of new offensive coordinator Sterlin Gilbert. … Redshirt senior Rex Culpepper will back up DeVito. The 6-foot-3, 222-pound testicular cancer survivor attempted just one pass last season and has appeared in 20 career games, including six at QB and 14 as a tight end or special-teams contributor.

Redshirt freshman Jawhar Jordan (5-foot-9, 172 pounds) was listed as the Week 1 starter and appears to have won the wide-open training camp battle in the backfield. The shifty rookie from Farmingdale appeared in four games as a true freshman last year, turning 17 total touches into 192 yards and a touchdown while protecting four future years of eligibility. … Redshirt junior Markenzy Pierre, who recorded five carries for four yards and appeared in all 12 games mostly on special teams last year, is listed as the backup. … SU is starting fresh in the backfield following the departure of graduated RB Moe Neal (170 carries-846 yards-7 TDs) and reported opt-outs of Howard (76-337-3) and Adams (87-336-3). That trio combined for 333 of SU’s 355 carries by RBs last year.

Junior Taj Harris (6-2, 174) and senior Nykeim Johnson (5-8, 170) are slated to step into the primary wide receiver roles, while senior tight end Aaron Hackett (6-3, 237) figures to draw plenty of looks from DeVito. Harris finished second on the Orange last year in catches (37), receiving yards (559), and provided the longest offensive play of SU’s 2019 with a 94-yard reception. He and Johnson, a speedster from the slot with 68 career receptions across 35 games, each provide big-play potential. Hackett, meanwhile, turned six of his 23 catches into touchdowns in 2019 and should again be a preferred target in the red zone. … SU will fill out its receiving corps with several unproven options, led by sophomore tight end Luke Benson (6-3, 233), who scored three TDs among his eight catches as a rookie last year, along with redshirt sophomores Anthony Queeley (6-2, 193) and Ed Hendrix (6-3, 220), redshirt junior Sharod Johnson (5-11, 181), and freshmen Courtney Jackson (5-10, 173) and Justin Barron (6-4, 208).

Redshirt senior left tackle Airon Servais (6-6, 309) will lead what SU needs to be a vastly better unit to climb back into ACC contention. SU’s offensive line finished with the fifth-worst sack rate last year at 12 percent, according to football outsiders, and enters Week 1 with concerns behind Servais, a member of the team leadership counsel. … Quebec native Matthew Bergeron (6-4, 312) provides another potential cornerstone at right tackle after impressing upon his insertion into the starting lineup as a freshman midway through last season, while redshirt sophomore Carlos Vettorello (6-4, 289) also hopes to become a steady presence in his second season at center. … Former junior college transfer Darius Tisdale (6-4, 342) is listed as the Week 1 starter at right guard after serving in a rotational role last season. … Senior Chris Elmore (6-0, 288) is expected to start the season at left guard. The versatile fan favorite nicknamed ‘Rhino,’ played fullback, tight end, and defensive line at various points last year. … The season-long status of expected starters Dakota Davis and Florida transfer Chris Bleich remained unclear Wednesday, limiting SU’s depth.

The 3-3-5 scheme implemented by new defensive coordinator Tony White will begin with a trio of seasoned returners up front. … Redshirt senior Josh Black (6-3, 282) and senior Kingsley Jonathan (6-3, 264) will start at defensive end after each appeared in all 12 games last season, while redshirt senior McKinley Williams (6-4, 291) will return from a mostly-lost 2019 and slot in at defensive tackle. Black finished with four sacks to lead all returning players, and six of his 39 tackles went for a loss. Jonathan finished with 24 tackles, including 3 for loss and 1½ sacks, and his four QB hurries leads all returners. Williams missed the first nine games of 2019 with a lower-leg injury but has recorded 64 career tackles, including 10 for loss, in 39 appearances.

For the third straight season, SU will begin by replacing its entire starting linebacker unit. This year, SU will look to sophomores Mikel Jones (6-1, 230) on the weak side and Geoff Cantin-Arku (6-4, 228) in the middle, and true freshman Stefon Thompson (6-0, 235) on the strong side. Jones finished with 38 tackles, a pair for loss, in a rotational role last year while Cantin-Arku logged one tackle in nine appearances, mostly limited to special teams. Thompson will start as a true freshman from Charlotte, N.C. He was rated as the No. 47 inside linebacker of his recruiting class by 247Sports.com.

Junior Andre Cisco (6-0, 209) headlines a group of intriguing playmakers in the SU secondary, which should serve as the strength of the defense and the focal point of the new attack. Cisco will start in the new “rover,” position intended to take advantage of his unique ball-hawking skill set — he is the FBS active career leader with 12 interceptions in just 22 career games. Junior Trill Williams (6-2, 198) will start at free safety while Eric Coley (6-2, 206) will get the nod at base safety. Williams is another physical defensive back who has supplied 25 tackles in each of the last two seasons to go with three career interceptions. Coley, a Manlius native, was the primary backup at each safety spot last year and has 54 career tackles, including one for loss, along with three passes defended and one interception in 18 career games. … Redshirt junior Ifeatu Melifonwu (6-3, 213) provides a shutdown cornerback and will start opposite redshirt freshman Garrett Williams (5-11, 184). Melifonwu has registered 33 career tackles and defended 16 passes, including two interceptions, in 18 career games, eight of which were starts. His brother, Obi, is a safety for the New England Patriots. Williams enters as the lone unknown commodity, making just four appearances on special teams last year.

Redshirt junior Andre Szmyt will begin his third season as the SU placekicker. The 2018 Lou Groza Award winner has connected on 47 of 54 career field goals and again figures to rank among the nation’s best at his position. … Redshirt senior Nolan Cooney will take over as the starting punter after serving as the holder and backup at both kicker positions throughout his SU tenure. … Senior Nykeim Johnson will replace the graduated Sean Riley as the primary returner on punts and kicks. In a reserve role in past seasons, Johnson has returned eight kickoffs for 217 yards (19.7 average).

The Orange intended to start fresh with new coordinators on each side following a letdown 5-7 record last year and was then further challenged to install new systems on the field by the truncated offseason due to COVID-19 shutdowns.

New offensive coordinator Sterlin Gilbert will implement his fast-paced attack with DeVito under pressure to deliver to a group of pass catchers all stepping into the largest roles of their respective careers. The Orange will need production in all facets from young running backs and questions also remain along the offensive line, which proved difficult to overcome last year.

New defensive coordinator Tony White will begin with a wealth of talent and experience in the front and back ends of his 3-3-5 defensive scheme — a new look for SU that should improve upon the unit that allowed the third-most yards and touchdowns in the ACC last year.

SU will play three of its five road games against ranked opponents (North Carolina, Clemson, Notre Dame), while a fourth (Louisville) received votes in the AP Preseason Poll. Barring a series of unforeseen developments during this pandemic season, SU will be hard-pressed to climb back above a .500 winning percentage, falling just short with a 5-6 record en route to bigger things in 2021.